My First Superfractor (for REALS this time!)

Yesterday I posted a dumb April Fool's joke claiming I bought a superfractor of Kobe Bryant, Jr. for a quarter of a million dollars.

That was a lie. BUT, I did actually just get my first superfractor. 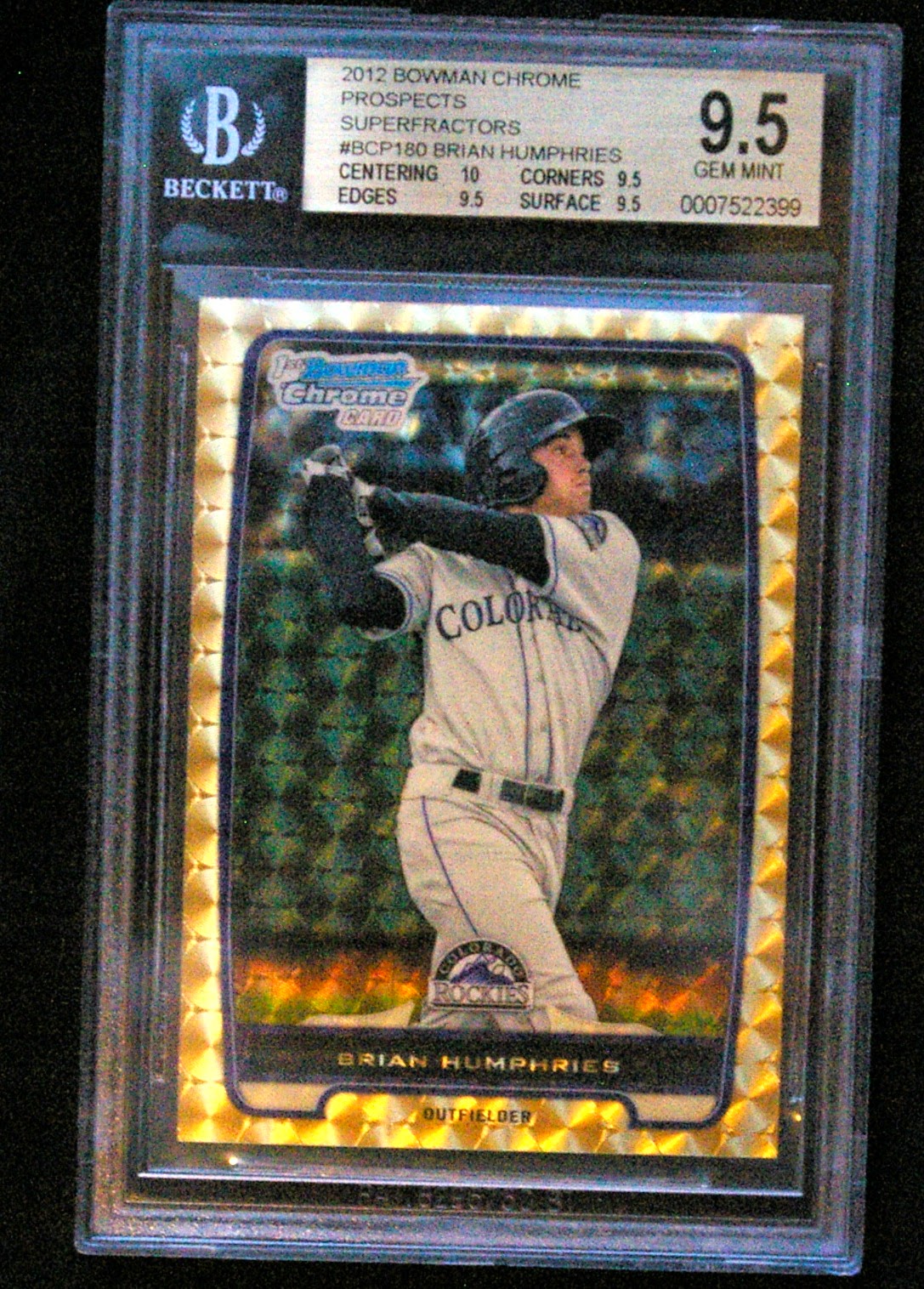 So who is Brian Humphries and why would I bother to pull the trigger on his superfractor? Well, he's a Guy From Granite! One of two active pro ballplayers from my high school (the other being A-ball pitcher Johnny Omahen). And you know I love to support my GHHS alumni brethren via card collecting.

For what it's worth, Humphries had a perfect spring, lacing an RBI double in his lone Spring Training plate appearance. But unfortunately, Colorado released him a few days ago. Nuts! Hopefully he catches on with another organization for the 2015 season, as he continues his quest to become the eighth Granite Hills Eagle to play in the bigs. (In case you missed it, I concluded my Guys From Granite countdown earlier this week with a post about Brian Giles working at my school in the early 90s.)

The seller was breaking up a rainbow (he probably saw Humphries' release by Colorado coming) and I ended up with nearly a complete rainbow-- much of it graded 9.5-- missing only the printing plates. 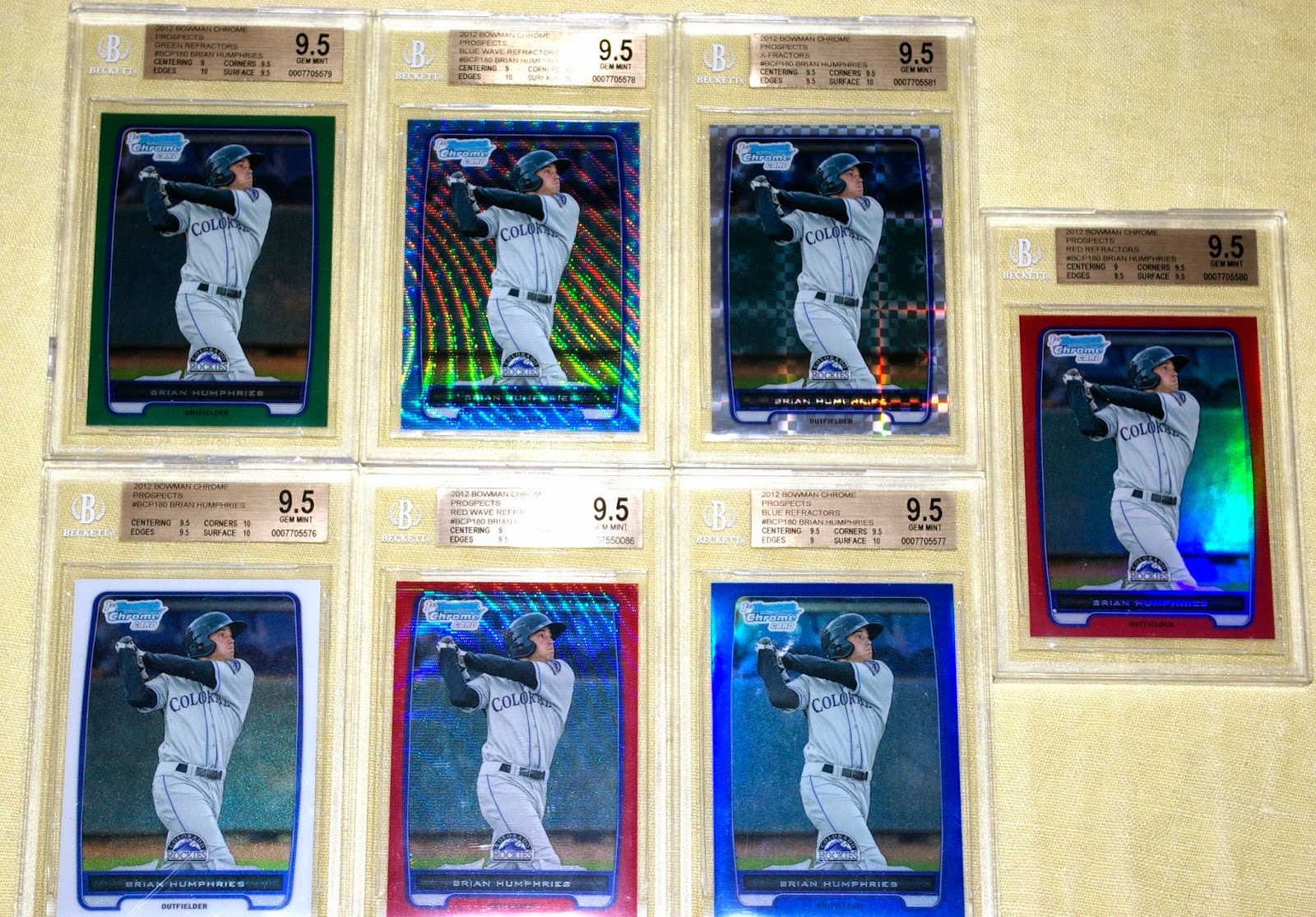 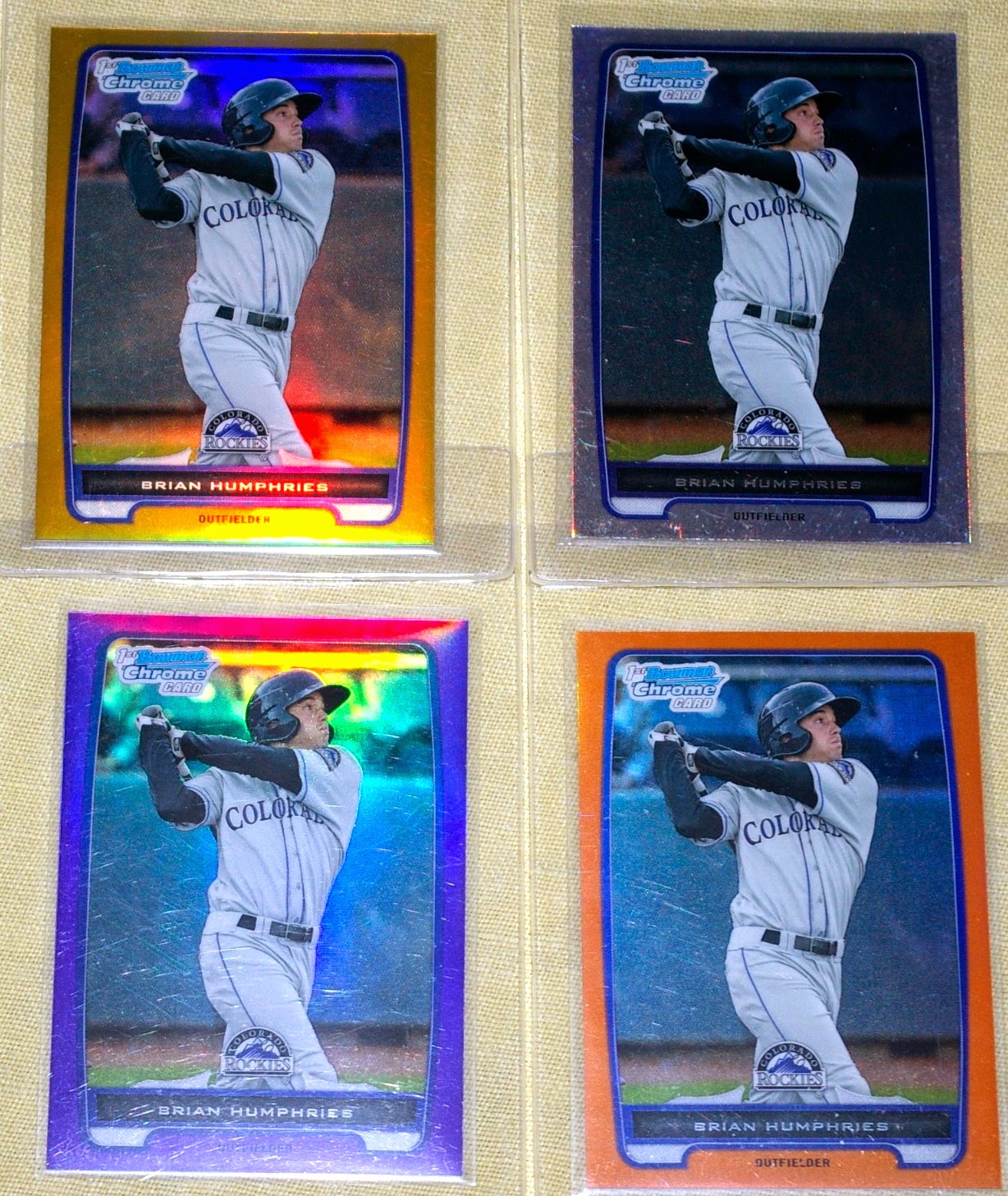 Looks like I'm a Brian Humphries supercollector now! Cool. I'm happy with these cards regardless of what happens with his career going forward (Though, again, fingers crossed for good things). The superfractor, in particular, is a nice crown jewel for my Guys From Granite minicollection.
Posted by defgav at 10:12 AM