Just when I finally hit Tom from Waiting 'til Next Year back with a long-owed return PWE a couple weeks ago, he's dropped another batch of cards on me. This might not be as epic of a battle as JBF vs. Bob Walk, but still! 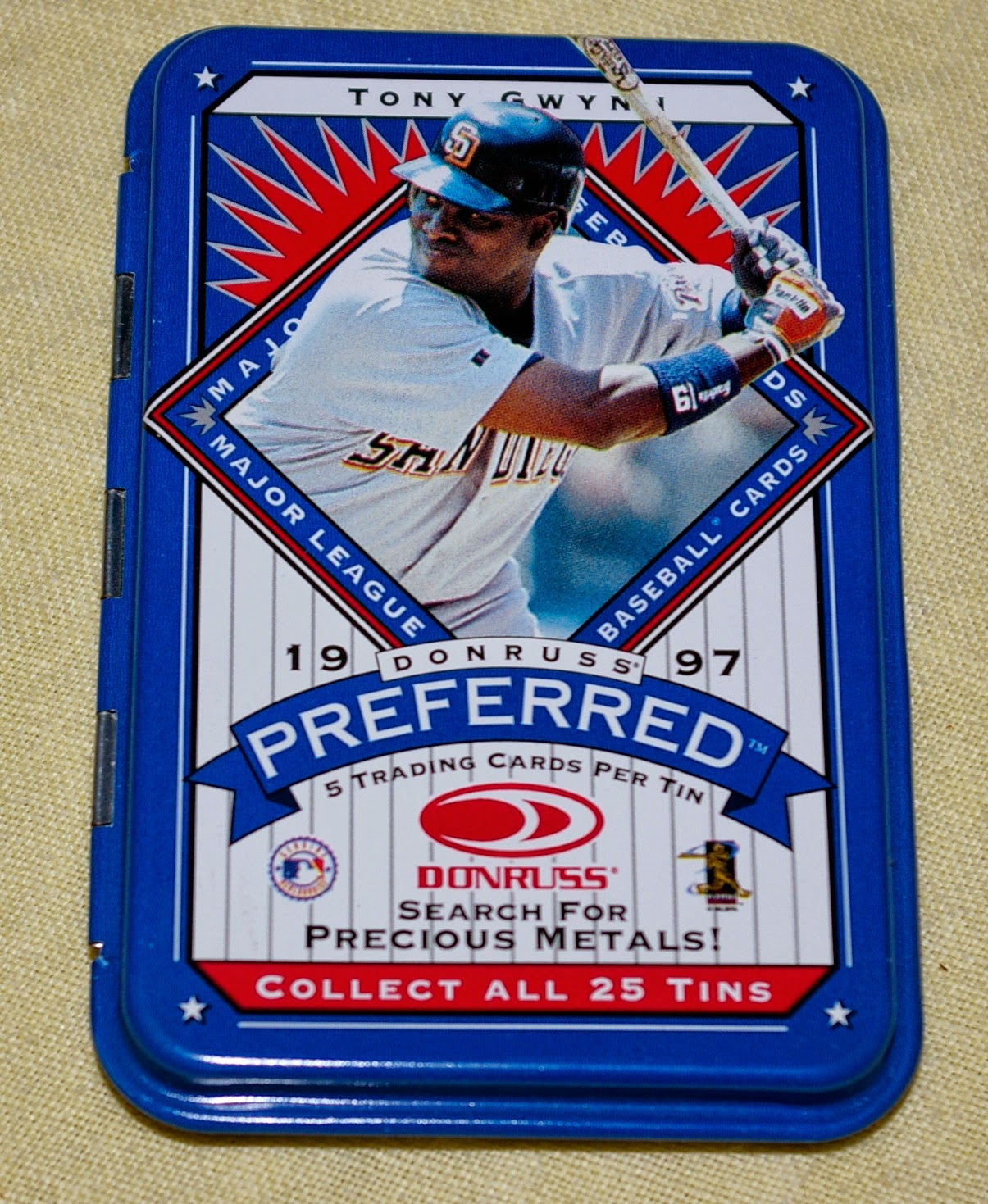 The cards traveled in style thanks to this Tony Gwynn tin. 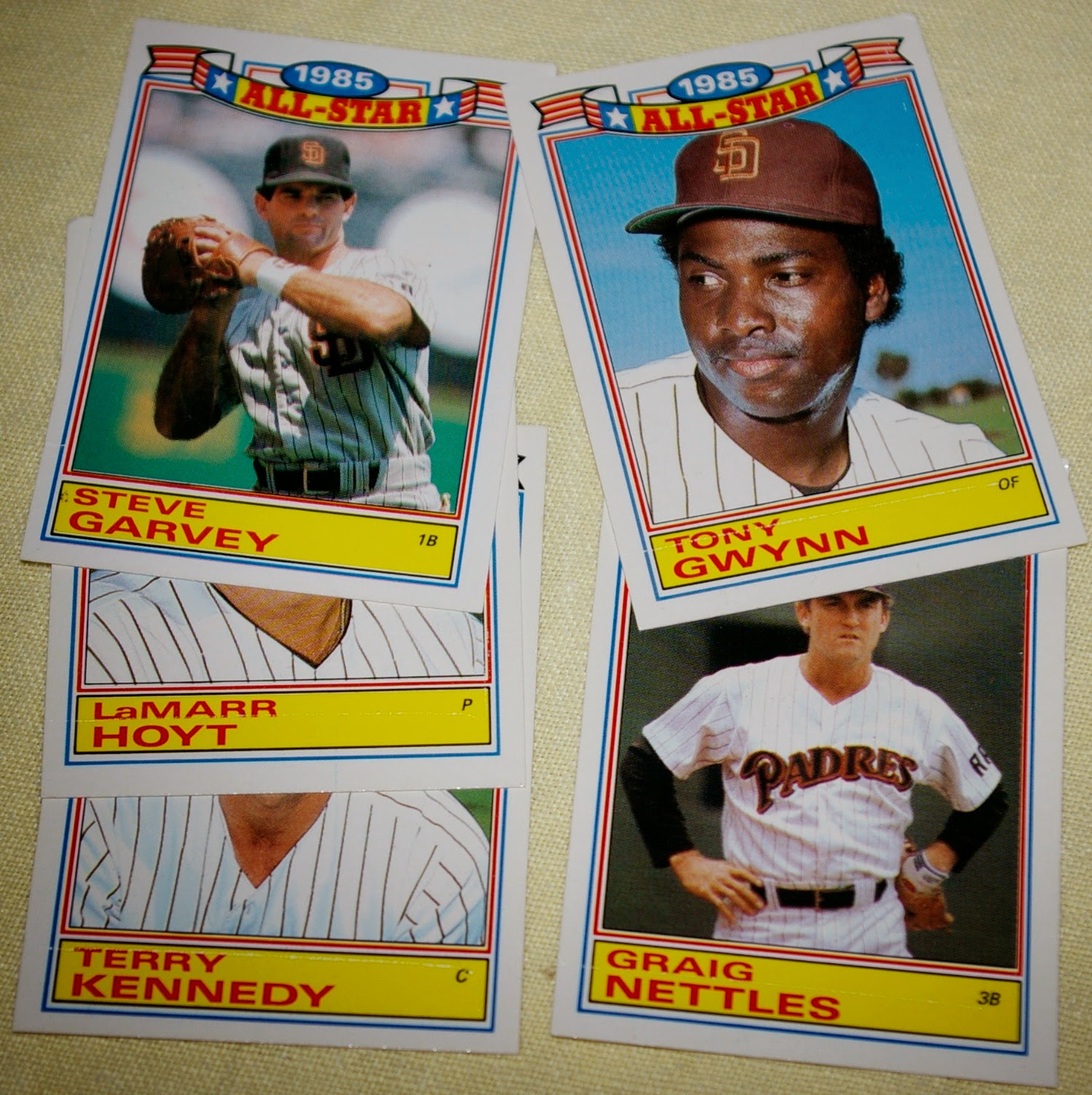 A lot of glossy All-Star Padres. 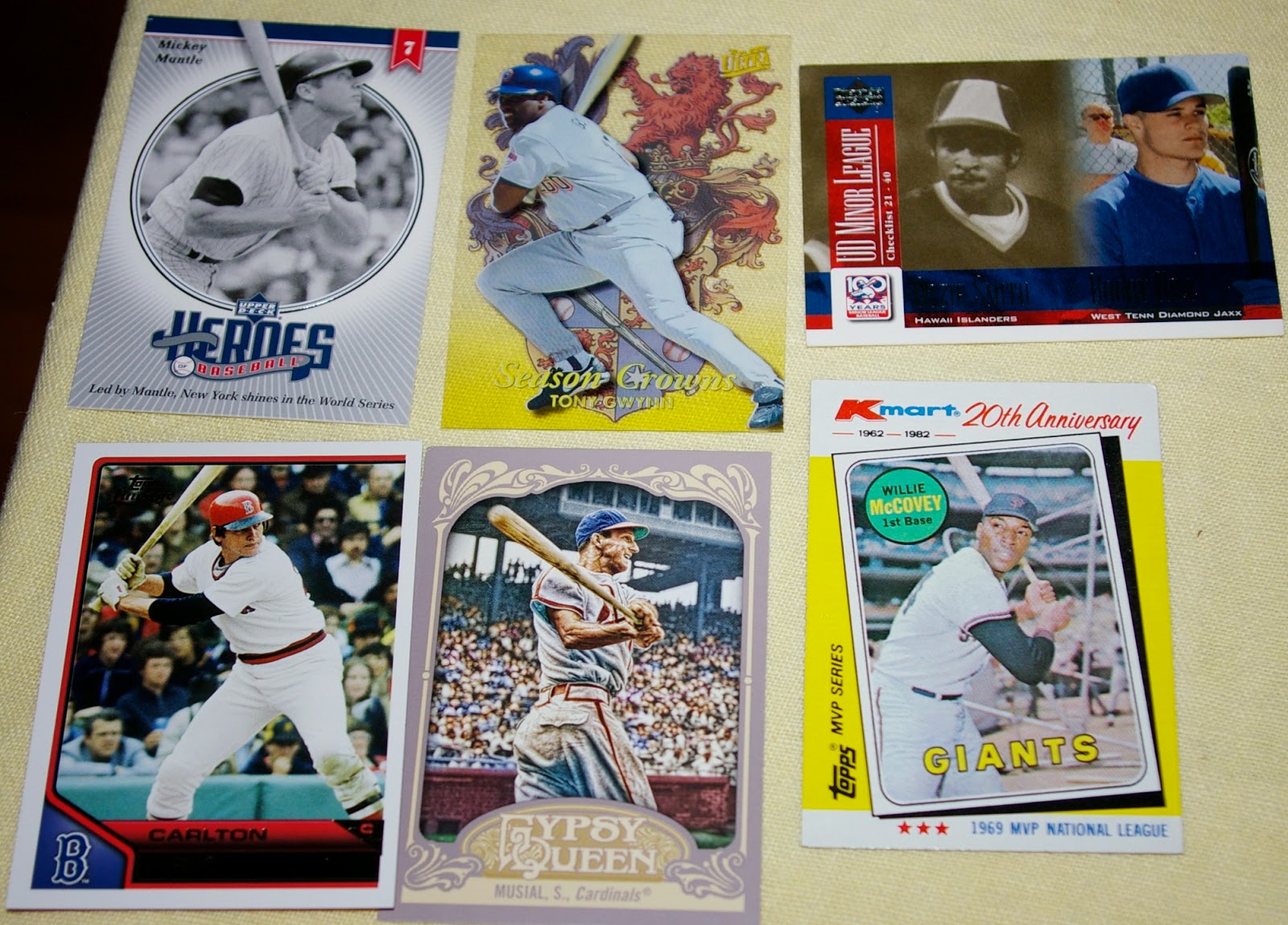 Here are a bunch of legends, plus a kid named Bobby Hill (insert King of the Hill joke here) as Upper Deck yet again mistakenly claims Ozzie Smith ever played for the Hawaii Islanders. 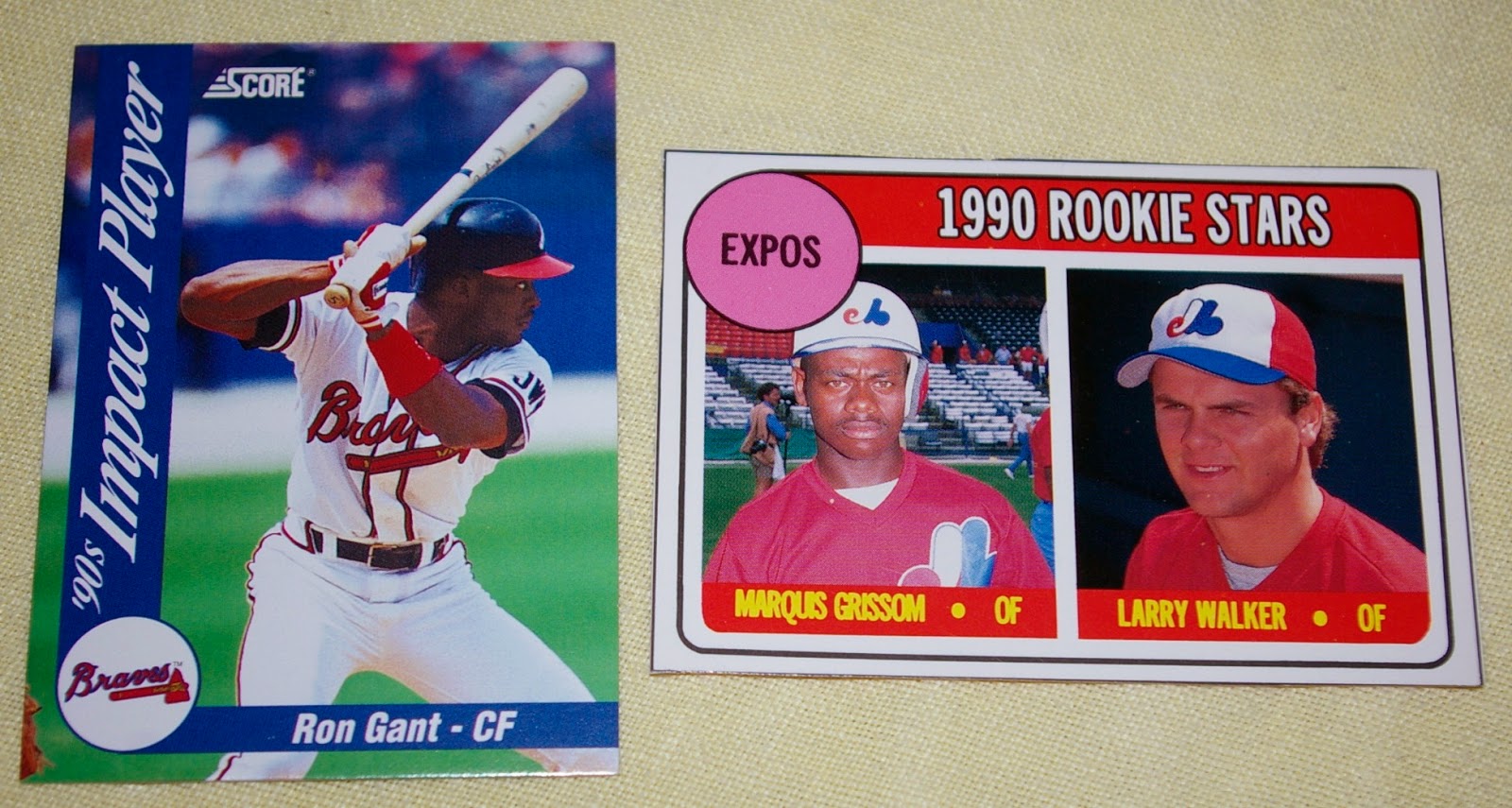 Three early-90s favorites of mine here, including a neat magazine-freebee oddball I hadn't seen before. 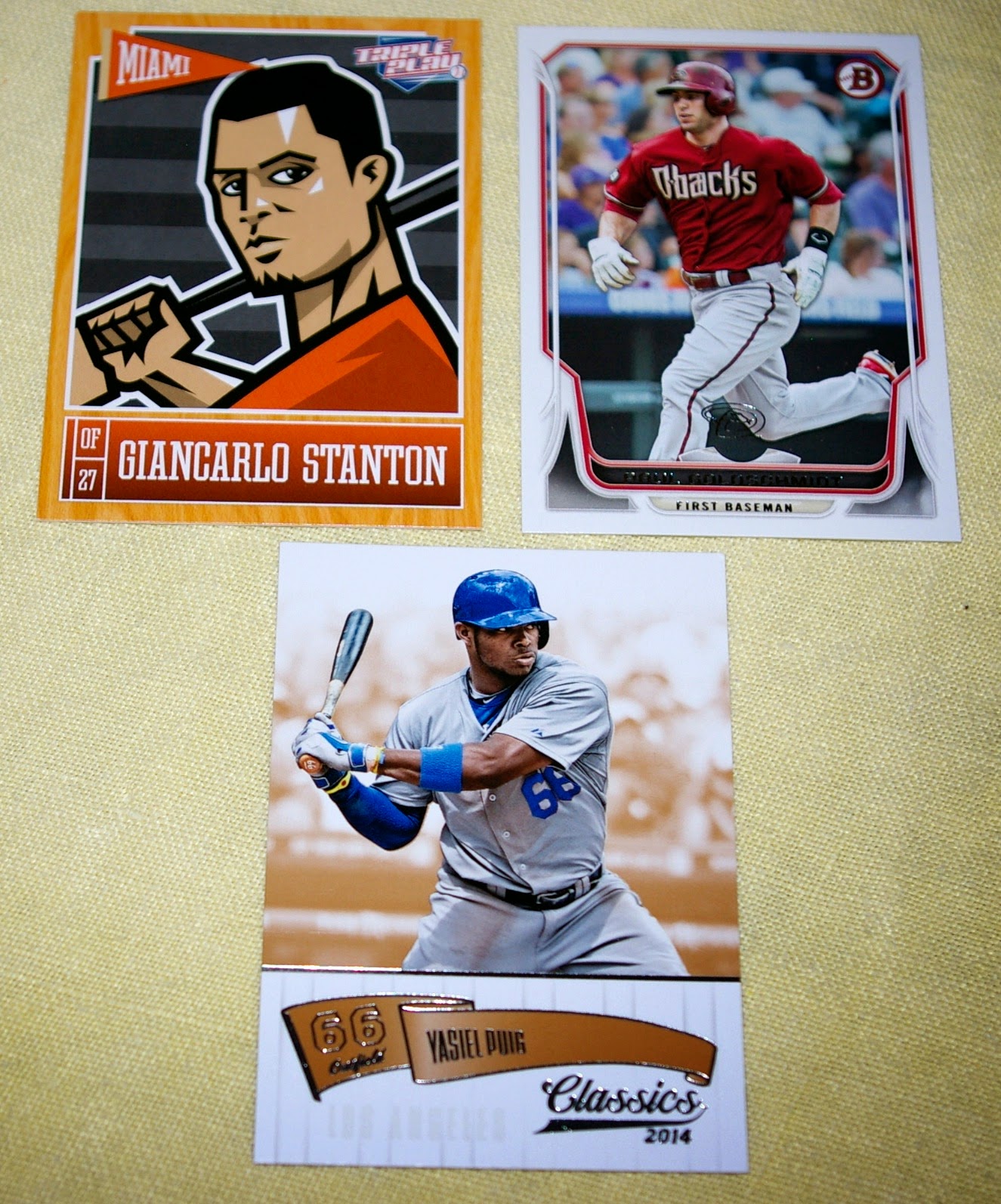 And here're some current guys, with Stanton, Goldschmidt, and Puig.

Thanks a bunch, Tom. Again I find myself in your debt.

Best of luck to your Cubbies this year. Bummer about the loss to start the season. But don't worry, once Kobe Jr Kris Bryant is contractually prudent to be called up, I'm sure the team will string together some wins.


Urge Overkill is one of my favorite bands out of Chicago and lately I've been obsessed with this Steely Dan cover the lead singer put out a few years back, so I'm posting it here in tribute to Tom and the hard-working state of Illinois. Have I mentioned my mom's side of the family is from the Chicagoland area? There's some debate as to which ballclub was favored in the household back in the day, Cubs or White Sox, so it's hard to say where my bloodline allegiance lies. But regardless, I always kinda pull for the Chicago teams in their respective leagues in my second-tier of favorites below the Padres.

Thanks again, Tom! I'll get some more Cubs cards sent out to you soon.
Posted by defgav at 3:59 PM