Hola, amigos. I know it's been a long time since I rapped at ya, but it's been a shitshow of a week. Junk at work. A dearth of sportscards in my mailbox. Trying times, indeed.

Didn't have much to blog about. But hey, my cardboard drought was quenched yesterday thanks to a nice box from Bo over at Baseball Cards Come to Life. Let's check out some highlights.

A fruckload of Francos! Julio is now firmly in my 50 Card Club thanks to this lot. Pretty impressive for only officially making him a "guy I collect" a few months ago. But yeah, playing for as long as he did, and during the overproduction era, and seeing as he's not exactly Griffey when it comes to popularity, it makes sense that one could build up a sizable PC without much difficulty.

The Vince Coleman Colection got a nice boost! My Marquis Grissom PC had been lacking in the non-1990 Upper Deck variety, but this lot helps it shape up. 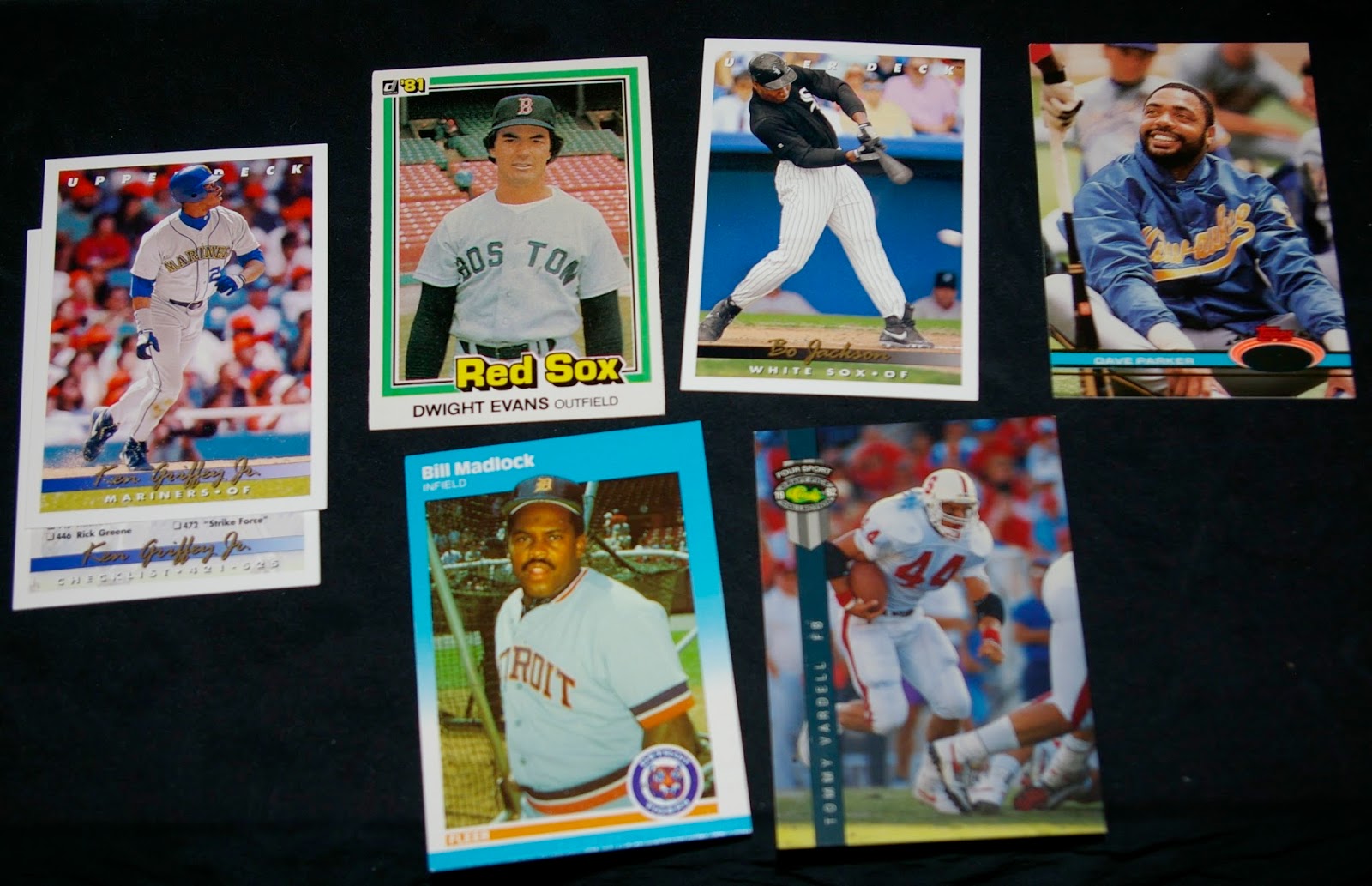 Here are some other dudes. I was especially excited to see the Tommy Vardell, the only football player in my "Guys From Granite" minicollection. I think it's just my second card of him. 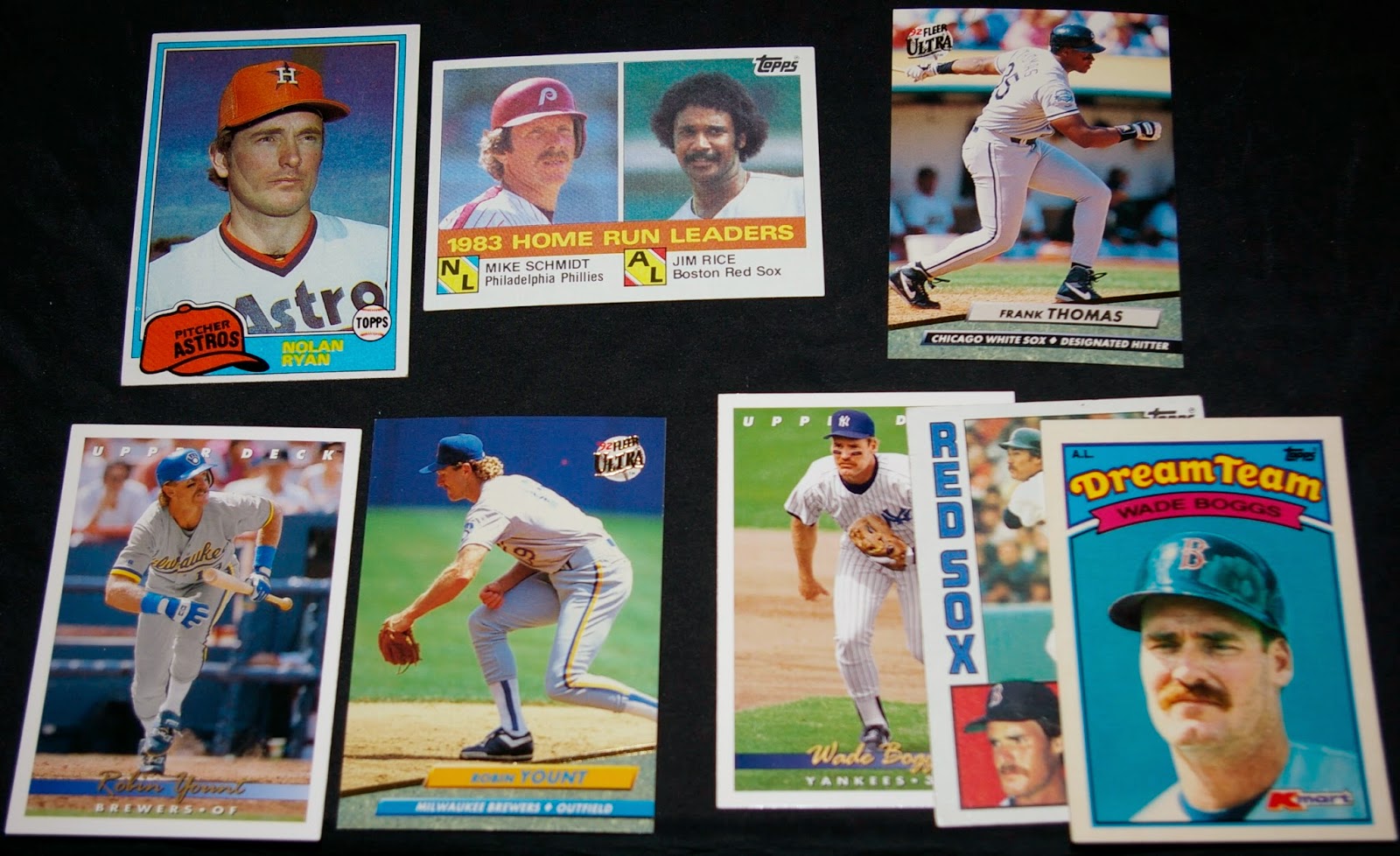 Here are some cool HOFers.

Fat stacks of a trio of Padres fan favorites. My Caminiti, Benito, and Bip PCs all got a nice boost. 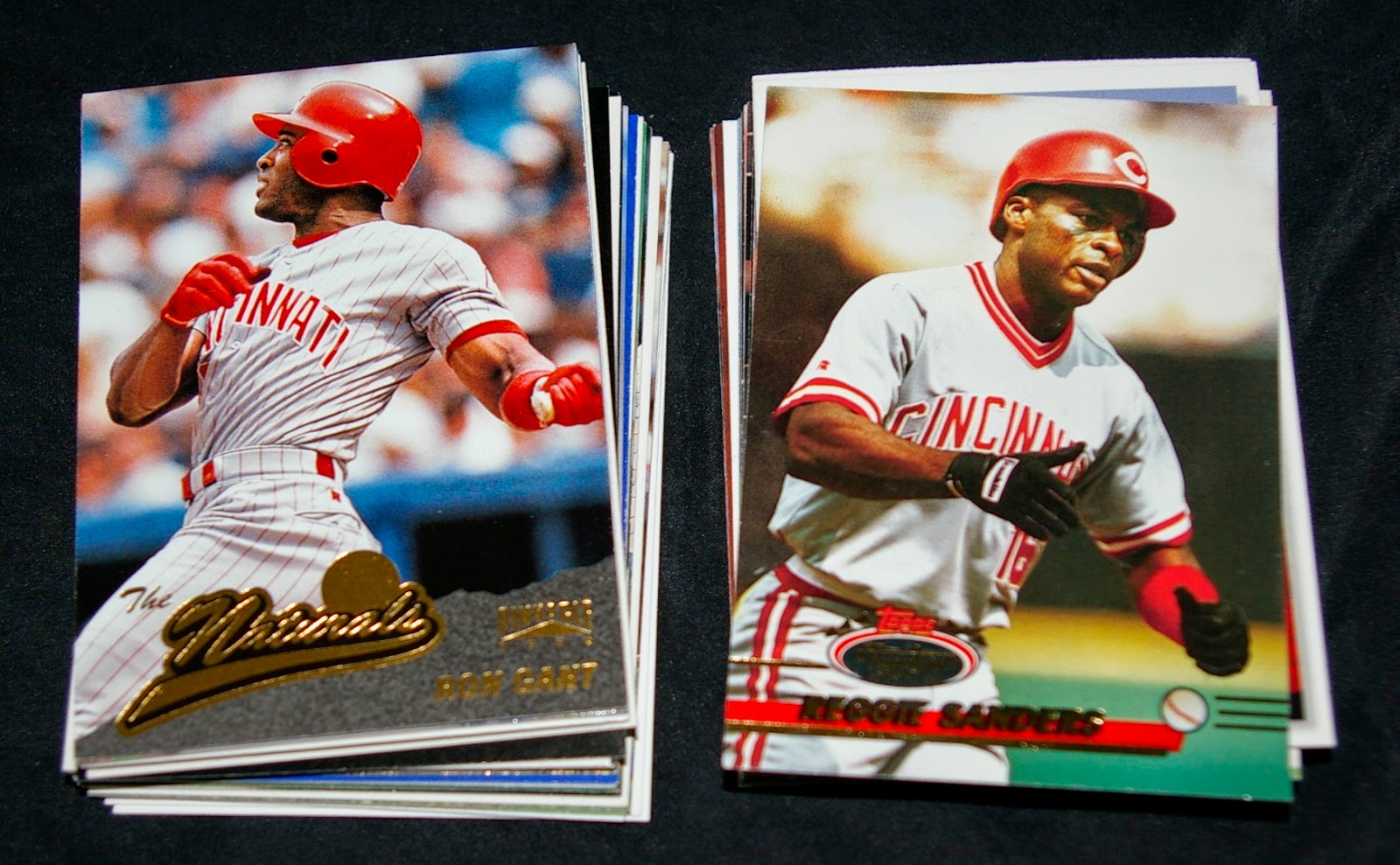 Stacks of 20+ cards of Ron Gant and Reggie Sanders. I never really thought about it before, but these guys had very similar careers. Both played for the Reds, Braves, Cardinals, and Padres. Some good years putting together their power + speed potential, but thanks in part to injuries, ultimately fell short of their promise to be one (two) of the greats. They're both eachother's top result in their similarity scores at baseball-reference. 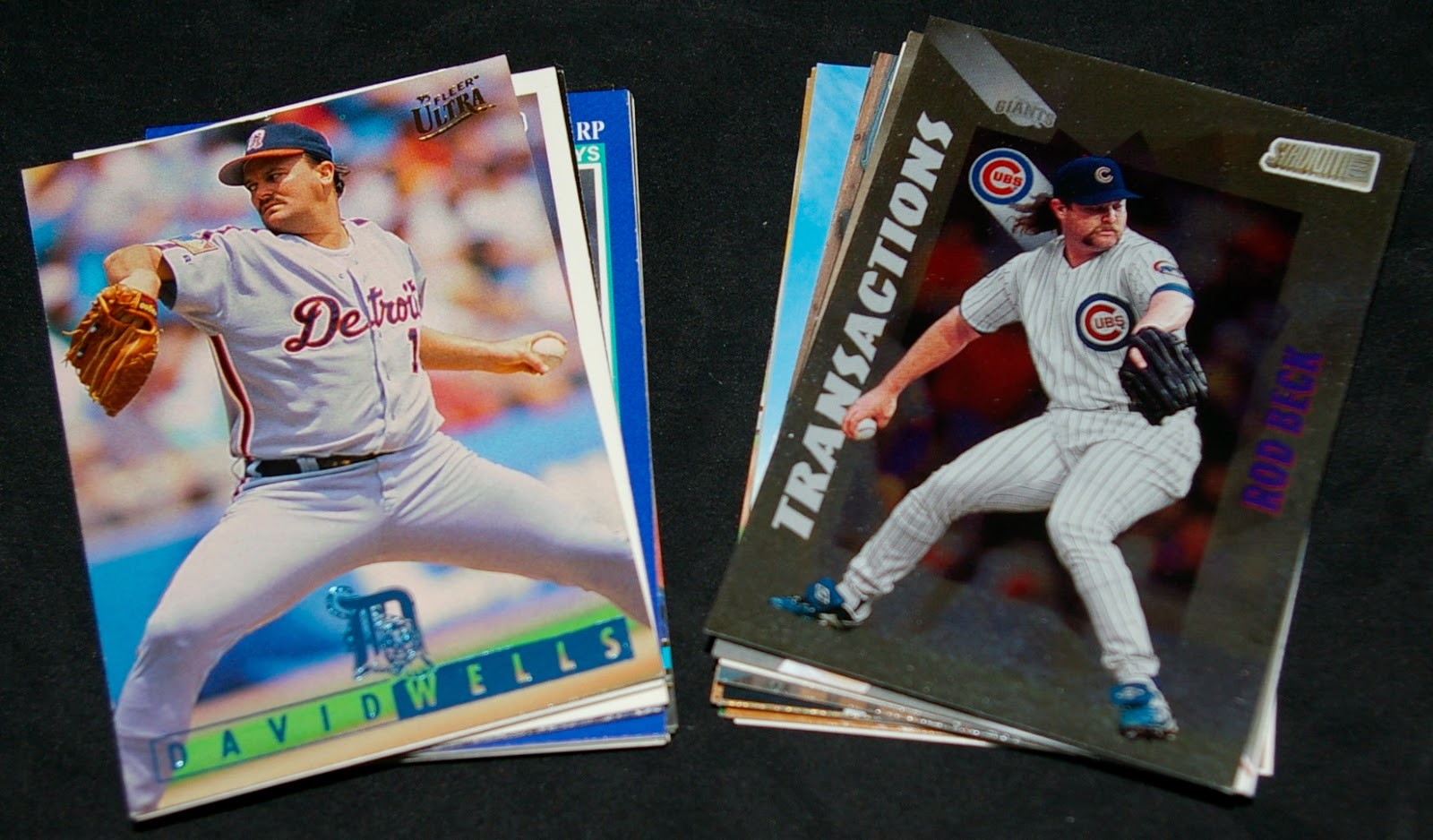 The Kenny Powers Archetype minicollection got some nice additions with stacks of David "Boomer" Wells and Rod "Shooter" Beck. Another couple of guys who weren't all that different. But Boomer lived through his demons.. Shooter wasn't so lucky.

I still need to crunch some numbers and weed out dupes, but I'm pretty sure Bo knocked Trevor Hoffman off my wantlist and into the 100 Card Club. Gracias!

And this was all just about a third of the cards Bo sent. Plenty more I could show off, but let's keep it somewhat tight and end the post here.

Catch ya'll next time, hombres.
Posted by defgav at 4:29 PM