Ready to take a look at some more cards I picked up at the recent card show? 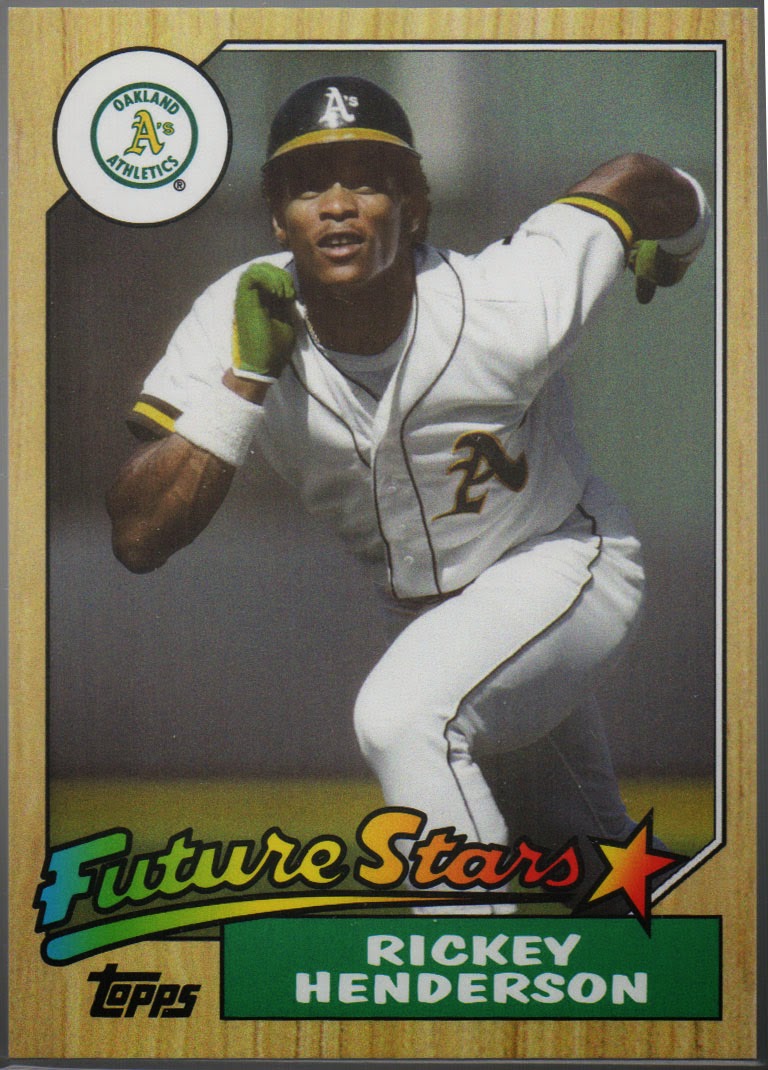 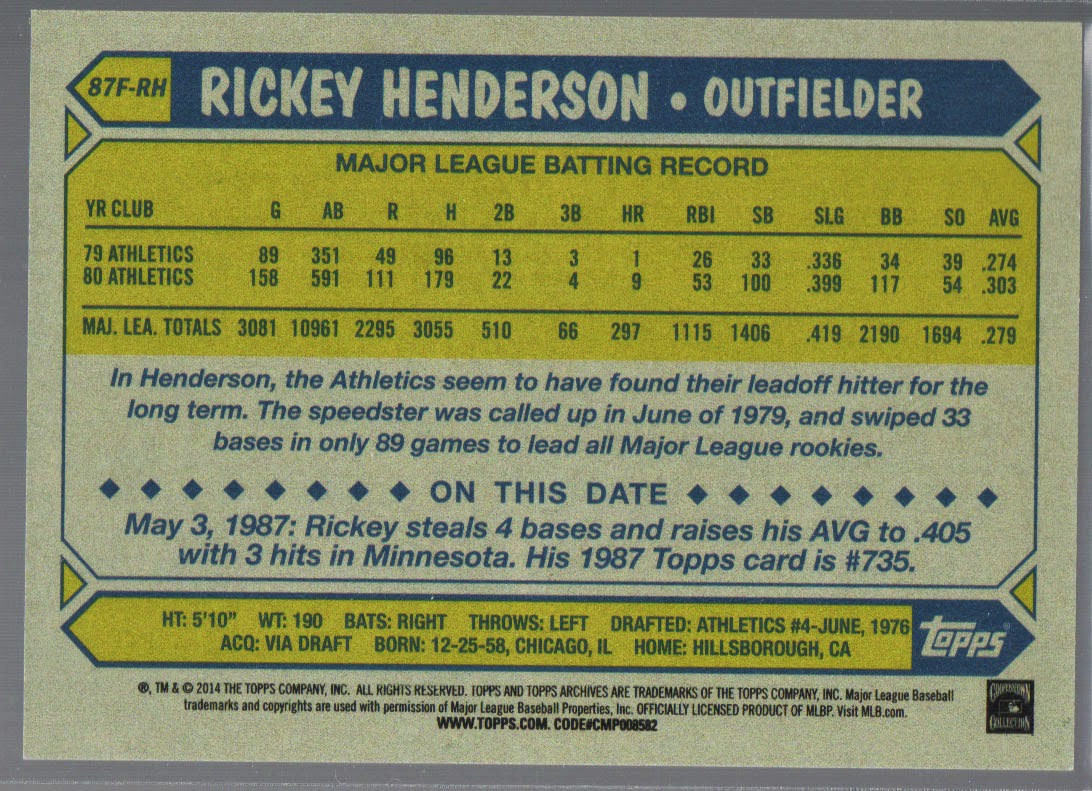 This Rickey is kinda weird. Love that "The More You Know" style Future Stars logo from 1987, but of course Rickey was long past his rookie days by 1987. But whatever, cool card. 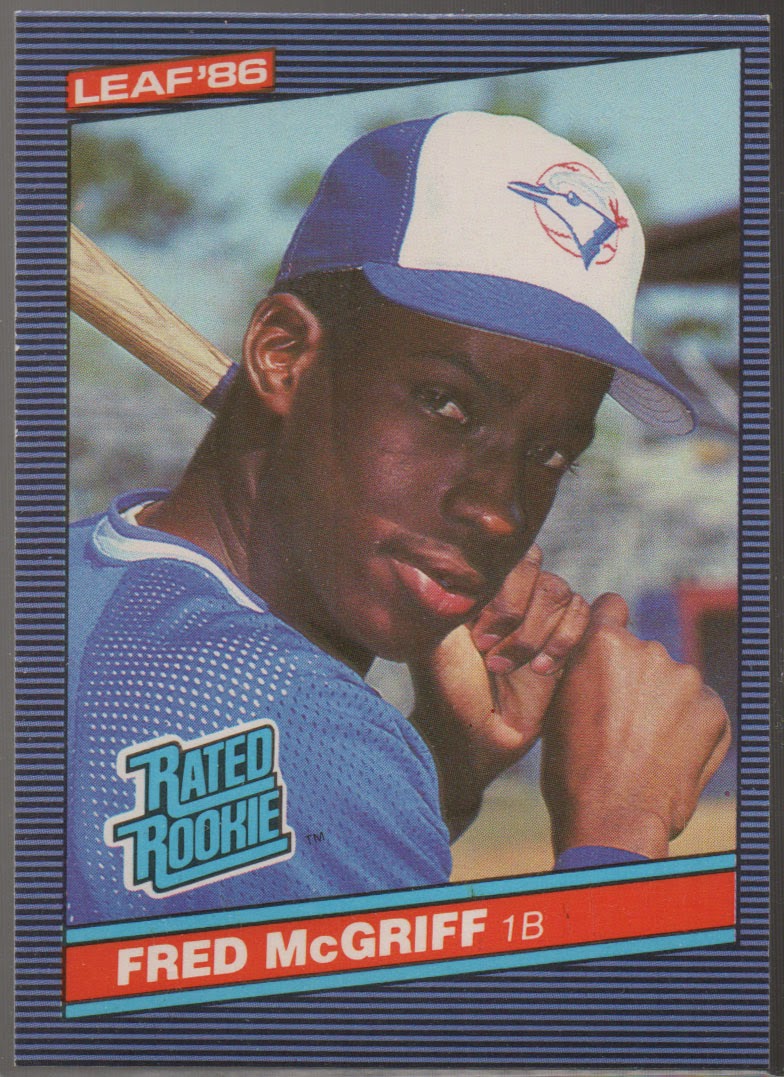 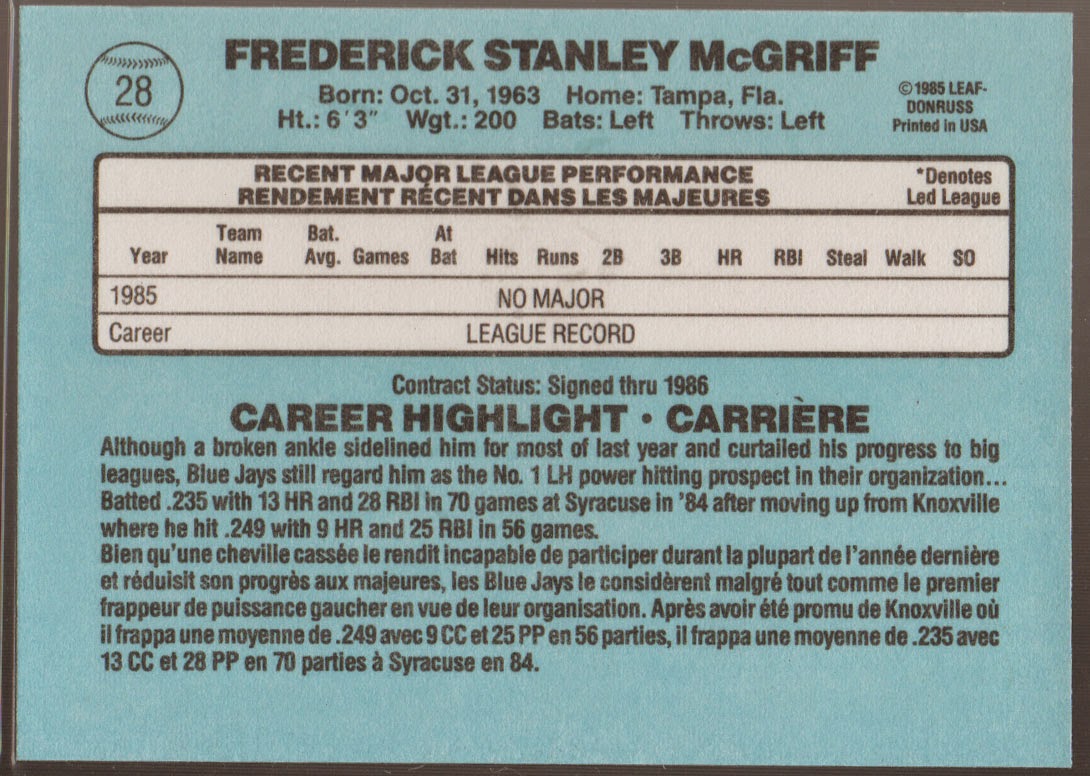 I've had the Donruss version of McGriff's one true rookie, but it's nice to add the Leaf version now, too. 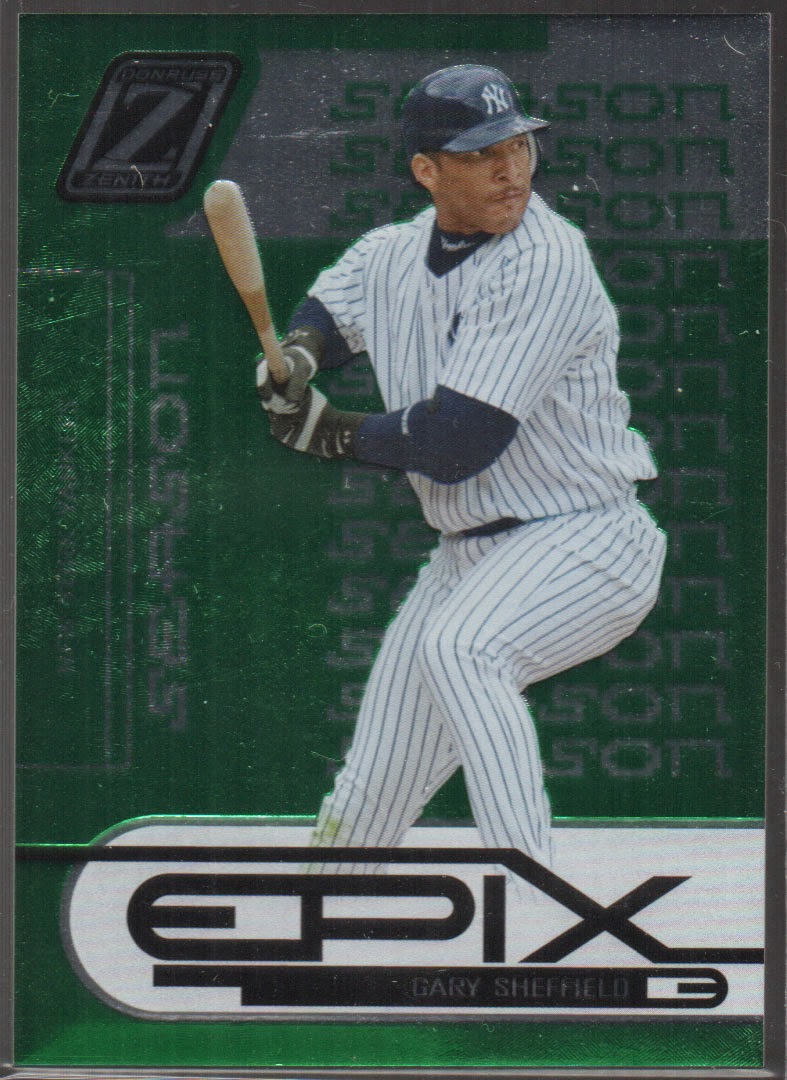 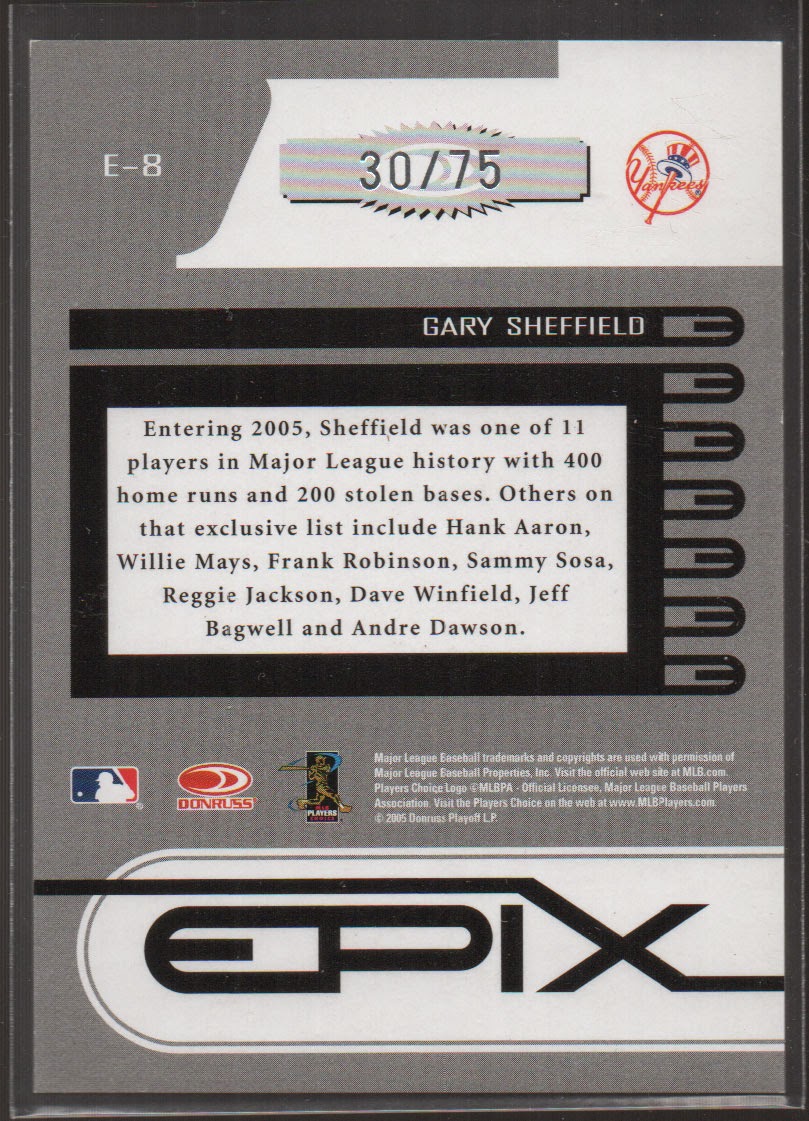 While Gary Sheffield is a guy I collect, I suppose, he's a pretty low priority and I rarely bring in new cards to my collection besides occasionally in trade packages. But when I came across this one #'d 30/75, I had to throw it on the stack. These cards in this post were all 50 cents each, btw. 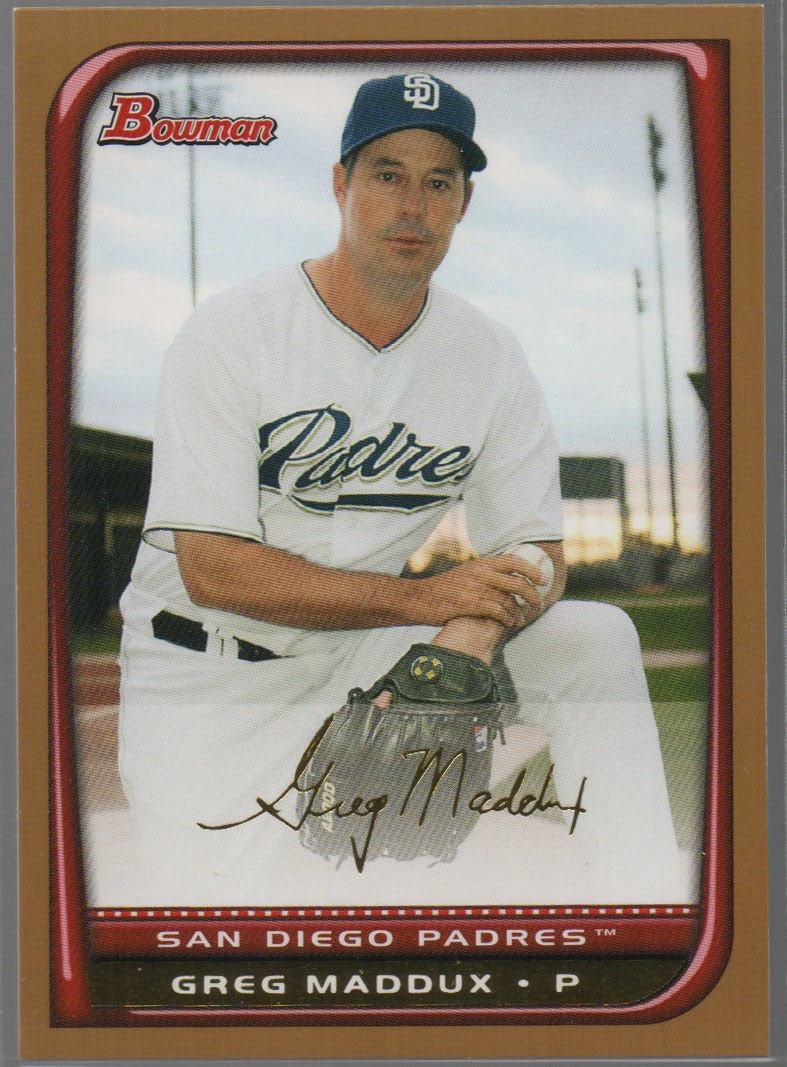 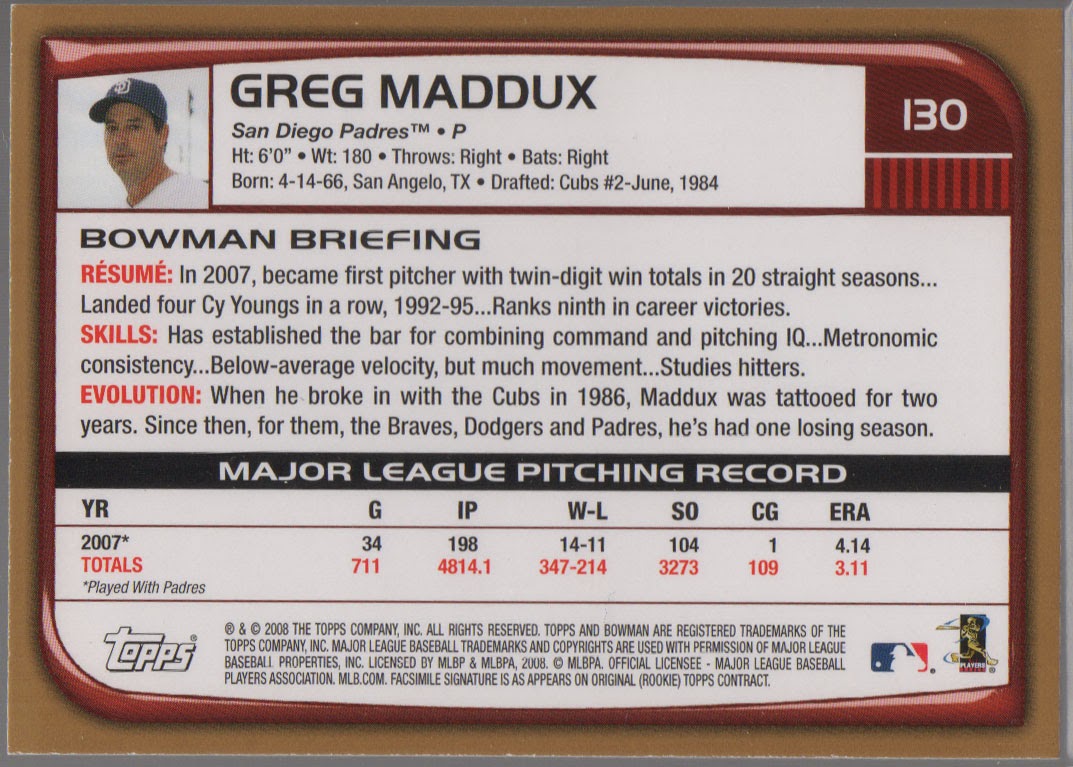 While I ceremoniously "retired" my Greg Maddux collection a couple weeks ago after compiling 100 different cards, I couldn't help but add one more. The brown (bronze? gold? whatever they were calling it) border and the Padres uniform just help make this the Padres-est Maddux card ever. 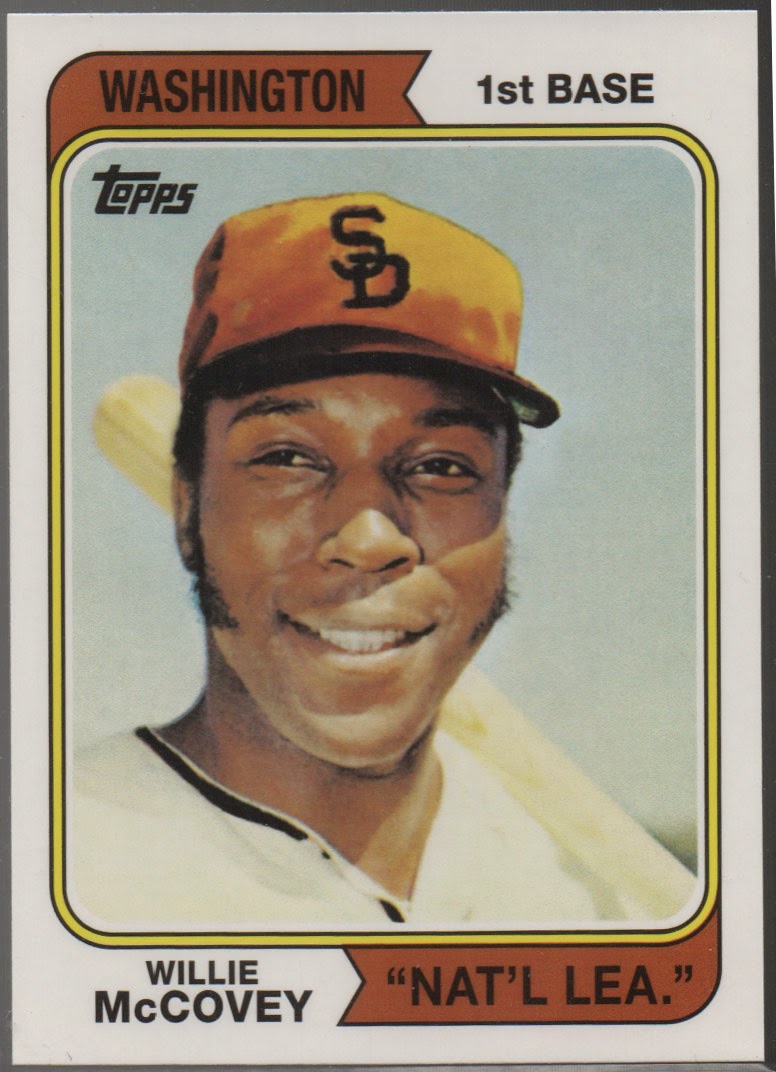 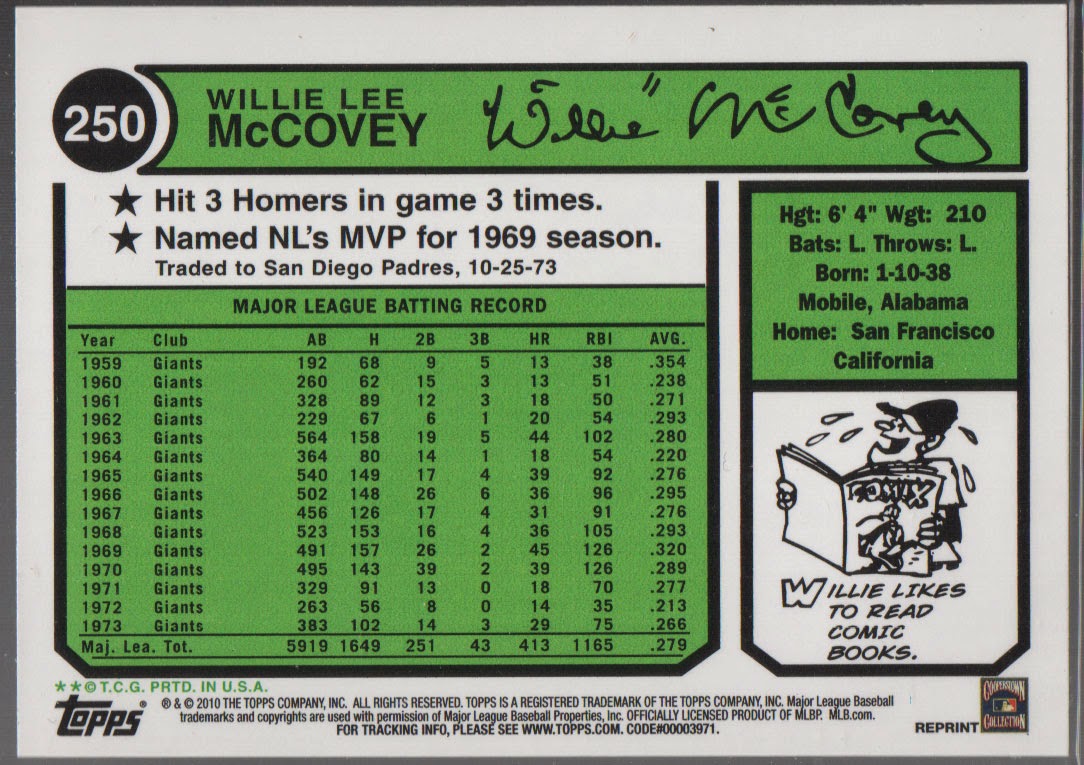 I believe this is an original back parallel of those Cards Your Mom Threw Out inserts. Kinda neat.

And for the final Padres card for today: 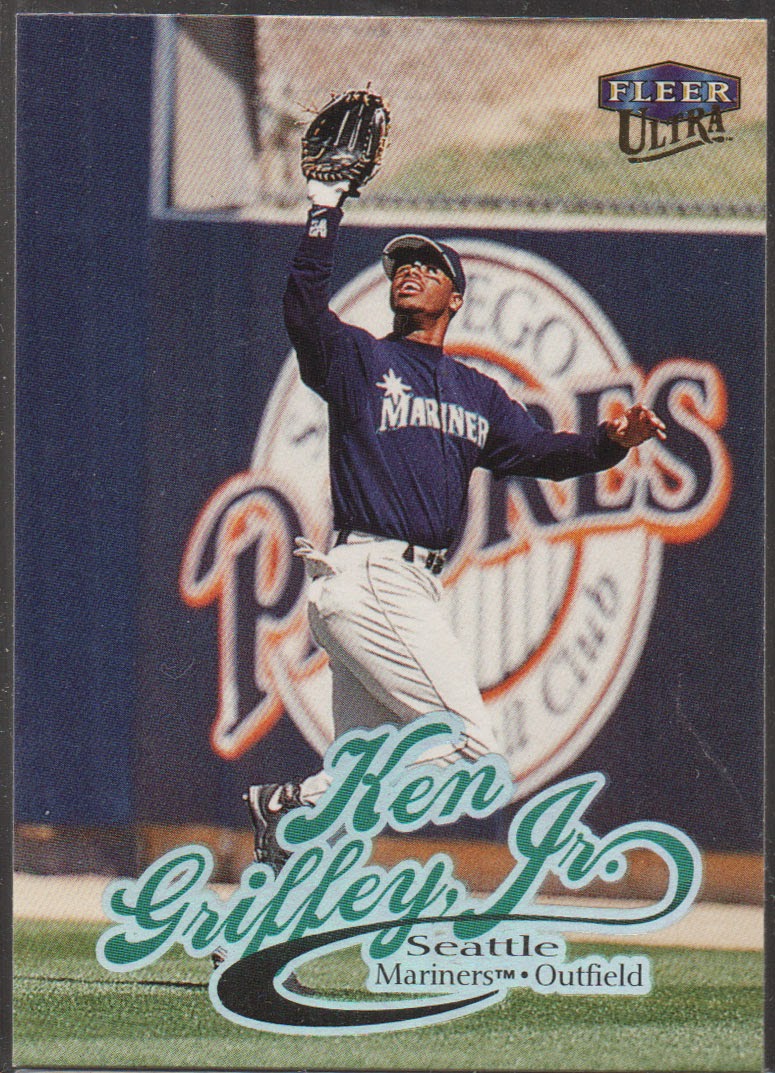 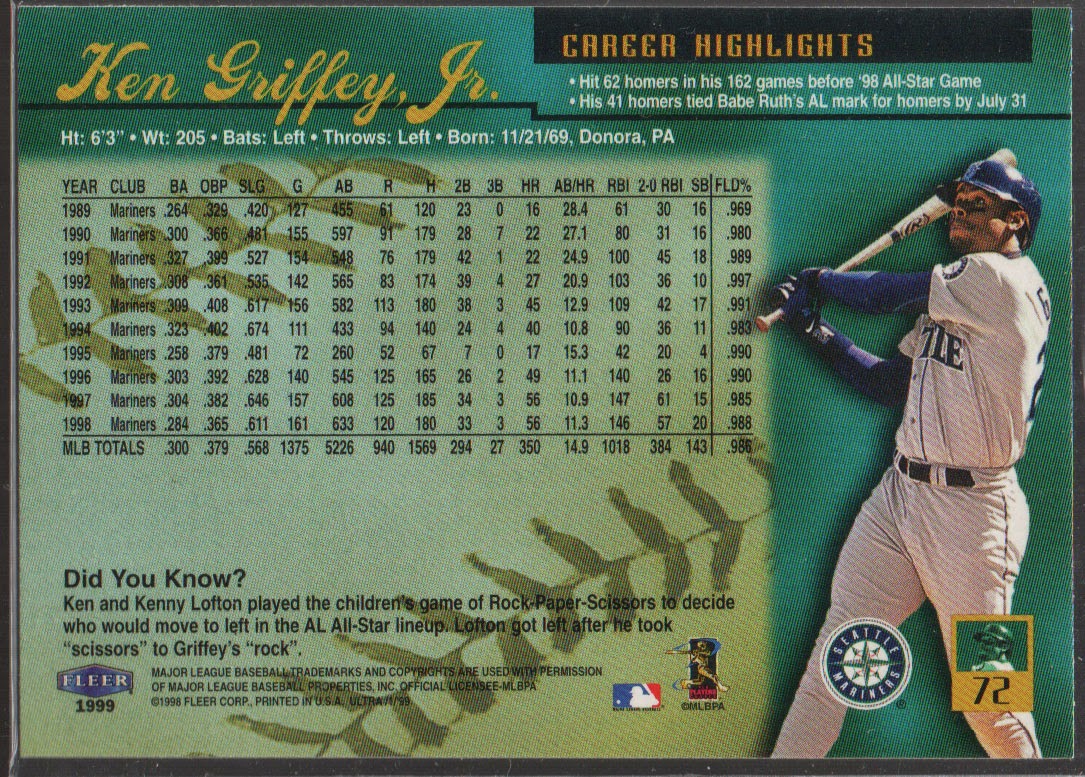 Yes, that's right, Ken Griffey, Jr! Here I thought his days playing for the San Diego Padres only existed in the fertile pastures of my imagination. Ok, maybe this isn't exactly a Padres card, but it's close enough.

Let's take it further with some crude photoshopping: 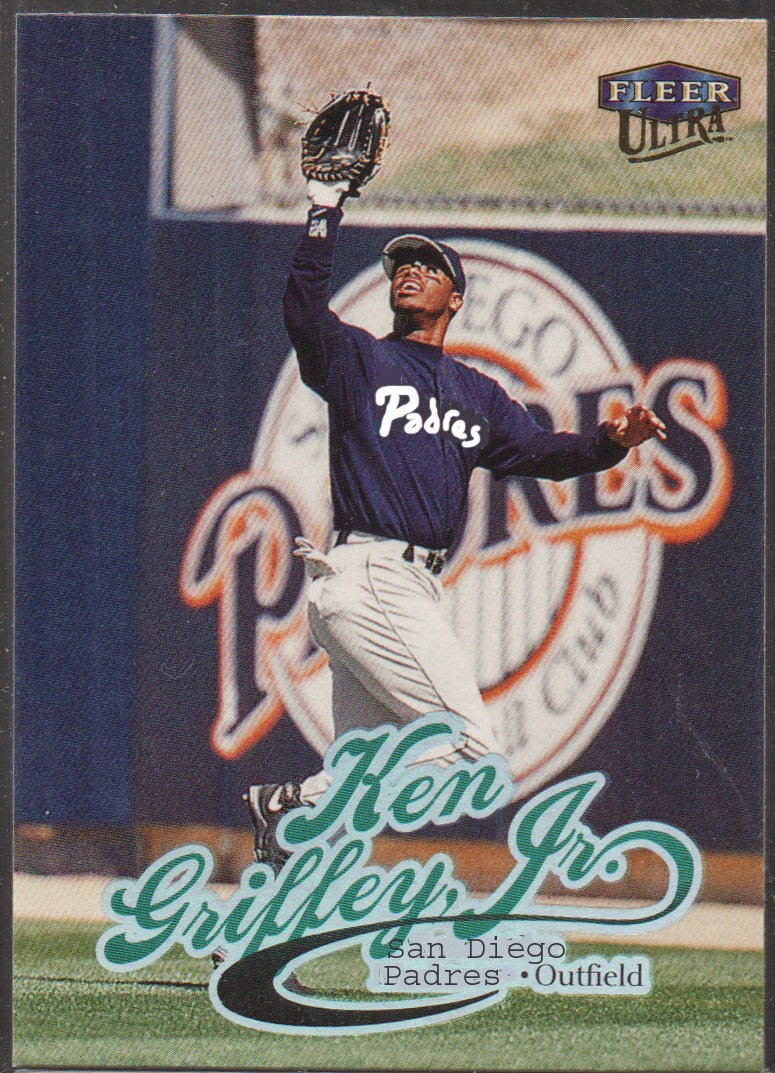 I bet the warm San Diego climate would've been therapeutic for Junior and he never would have gone on the DL even once. He would have won a bunch of World Series championships, too, I bet. Probably become the all-time home run king while he was at it.

Oh, what could have been!

LOL, thanks for indulging me. See you next time.
Posted by defgav at 3:14 PM