Greg Maddux is now off my wantlist and into my Hundred Card Club! I did some sorting over the weekend, and discovered that thanks in part to Junior Junkie sending me a stack of cards a couple weeks ago, I've reached the magic number of 100 unique cards of Mad Dog.

Are you ready to look at 100 Greg Maddux cards? Let's do it! 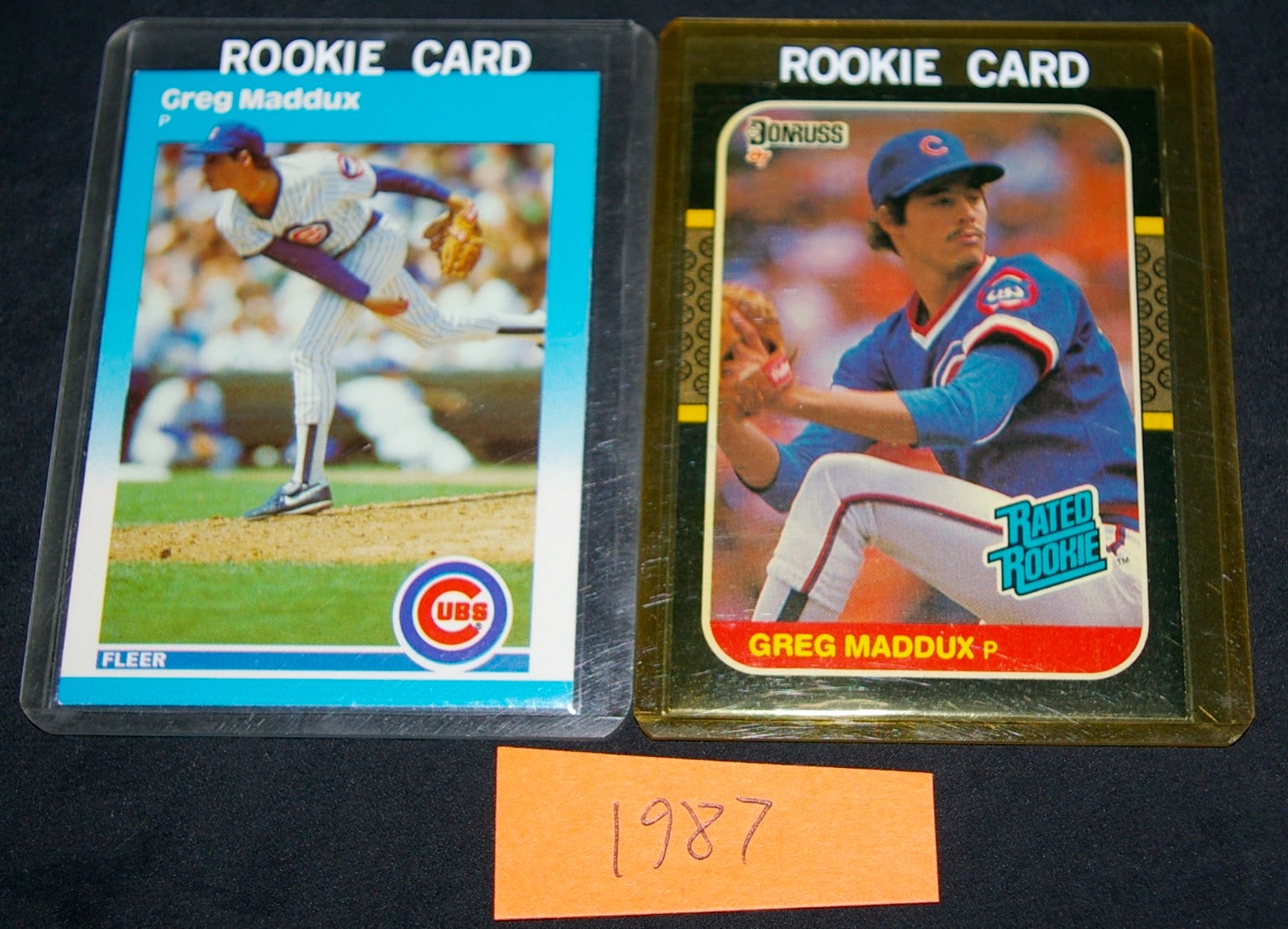 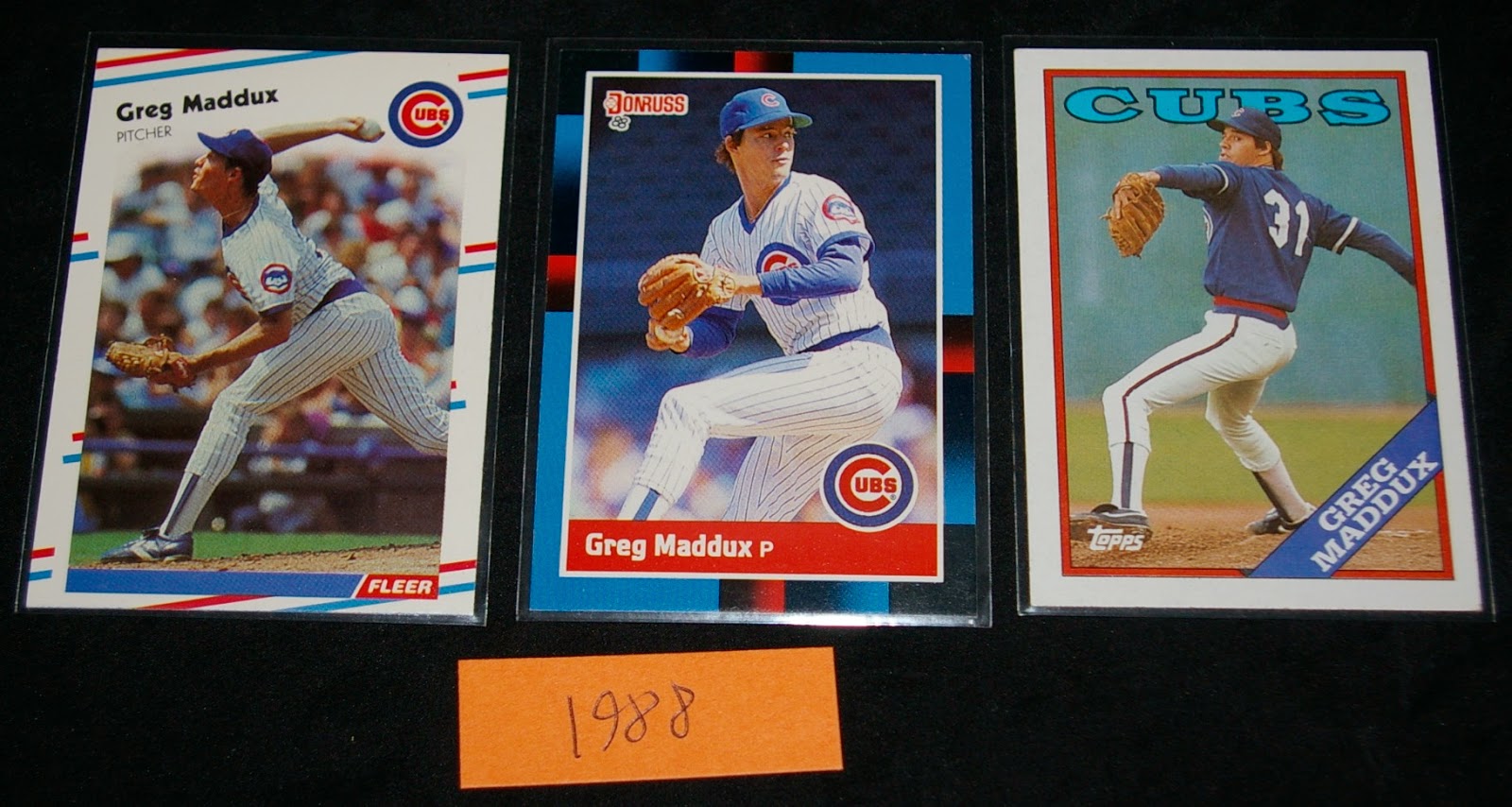 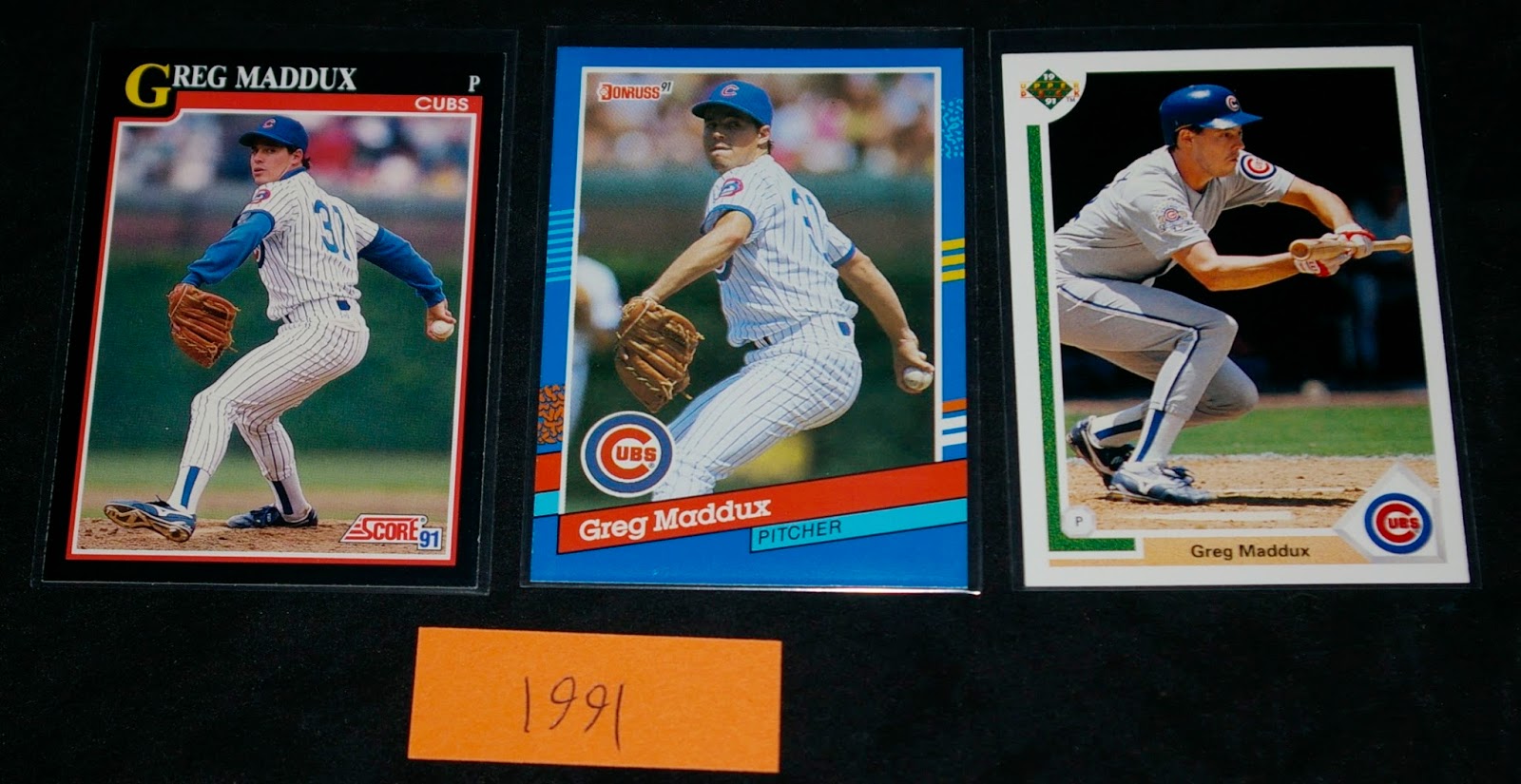 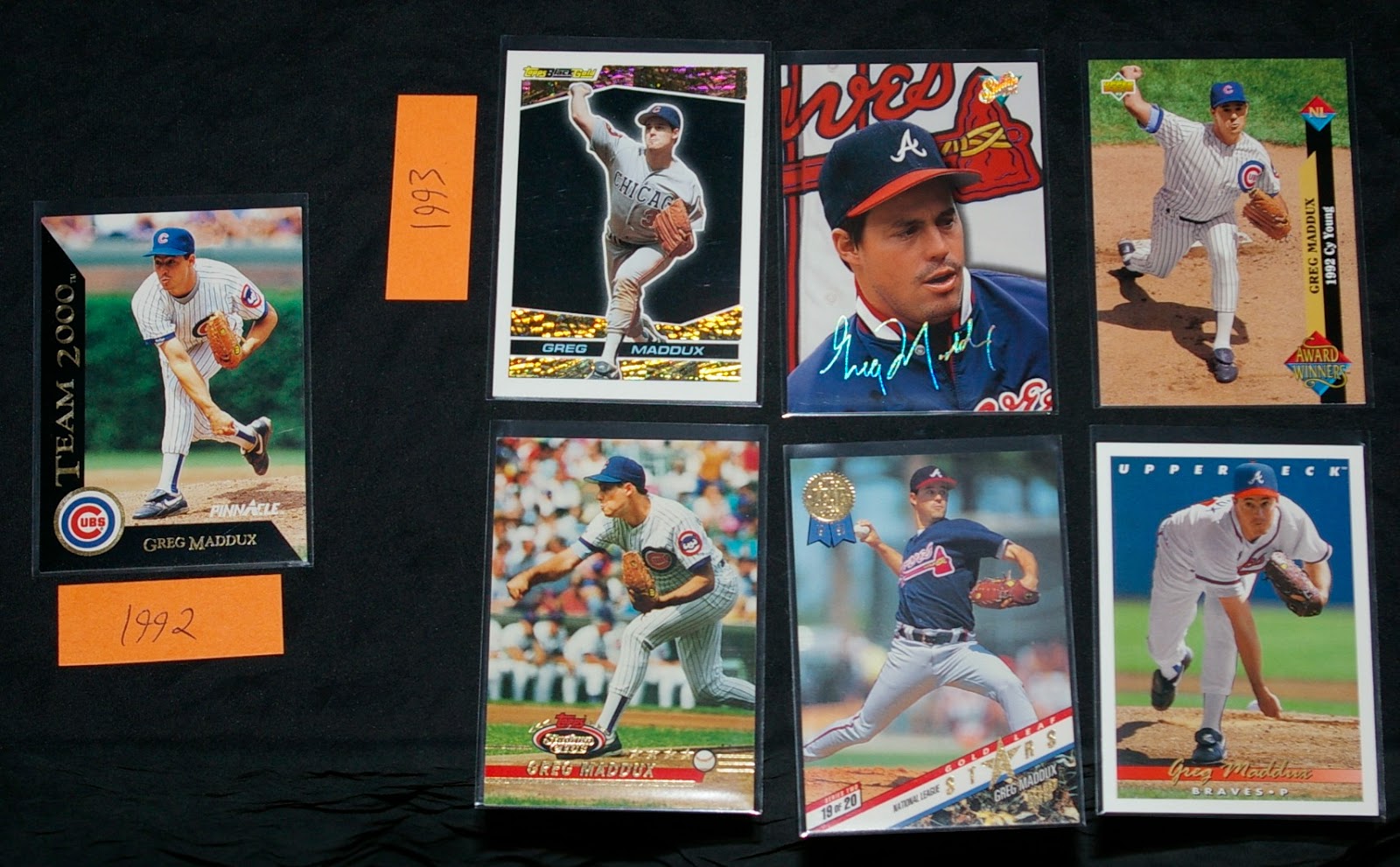 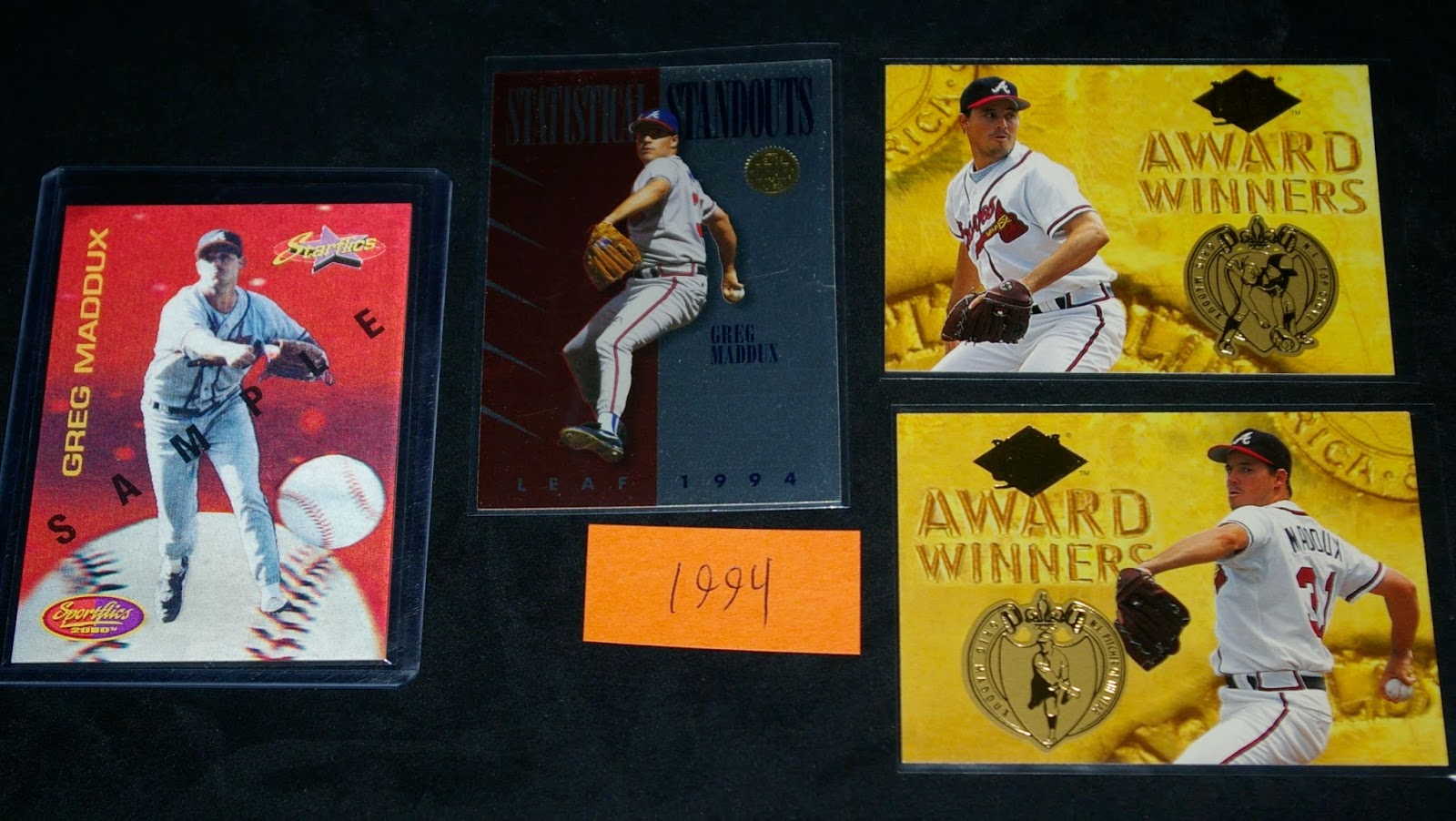 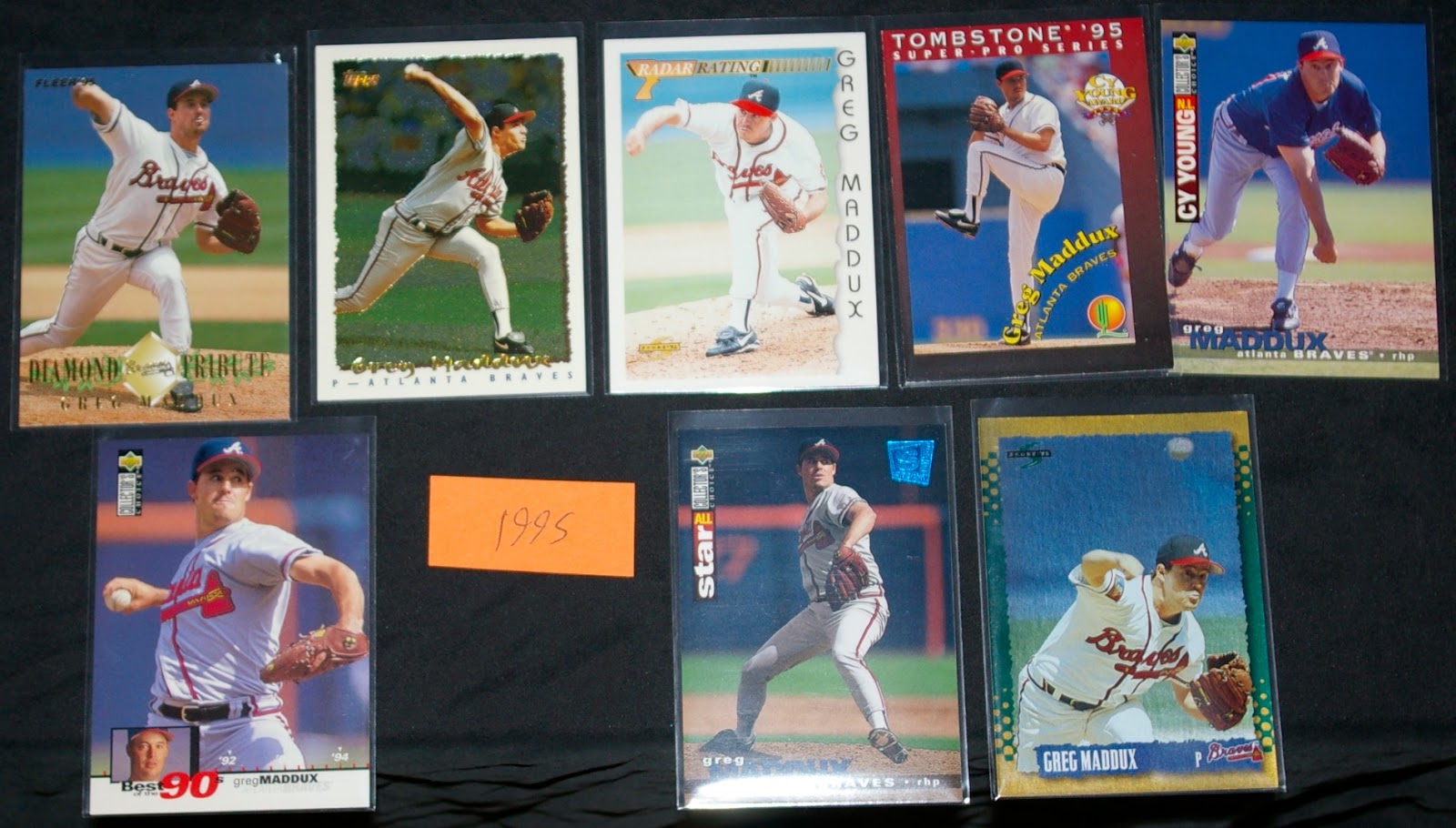 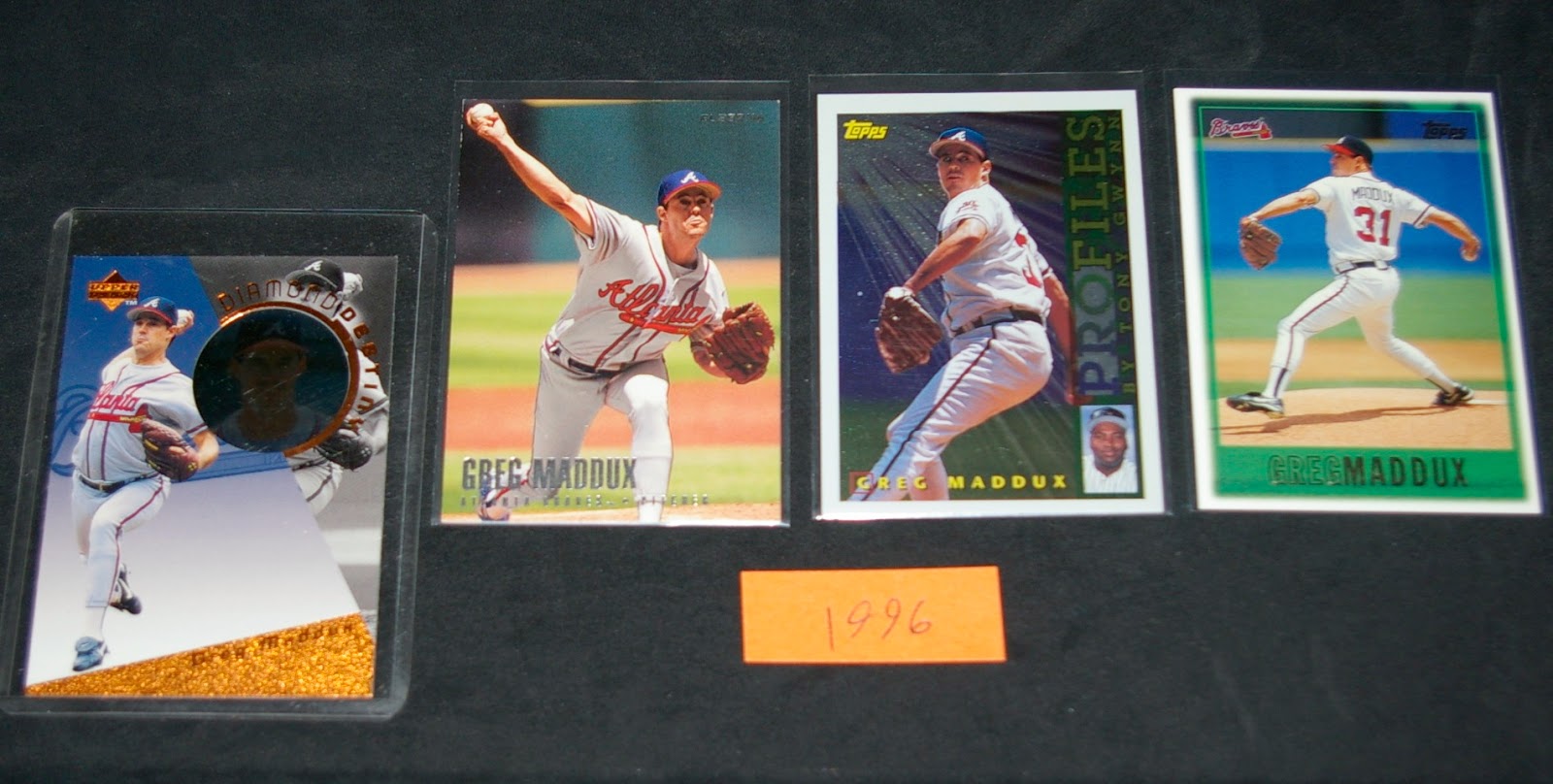 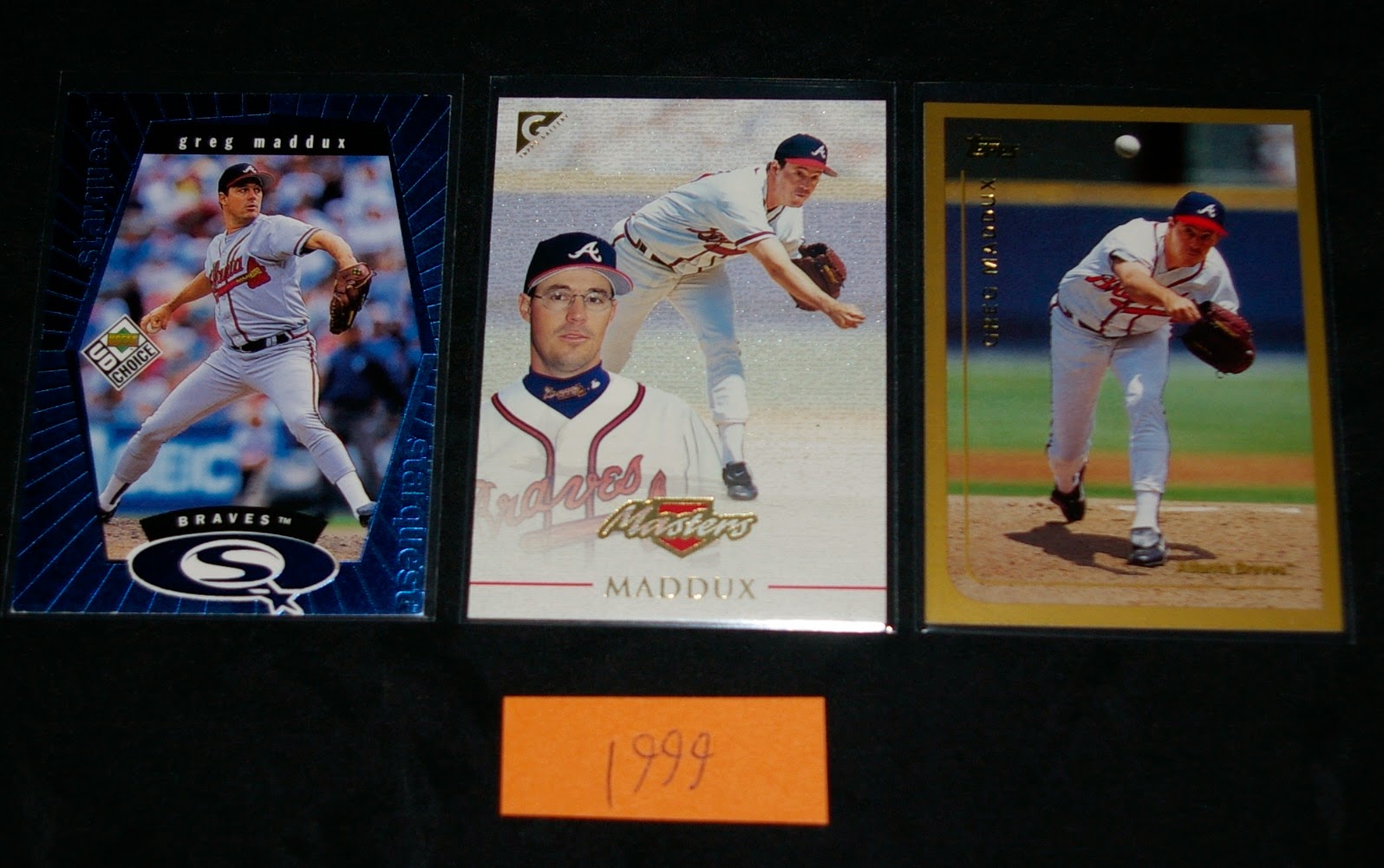 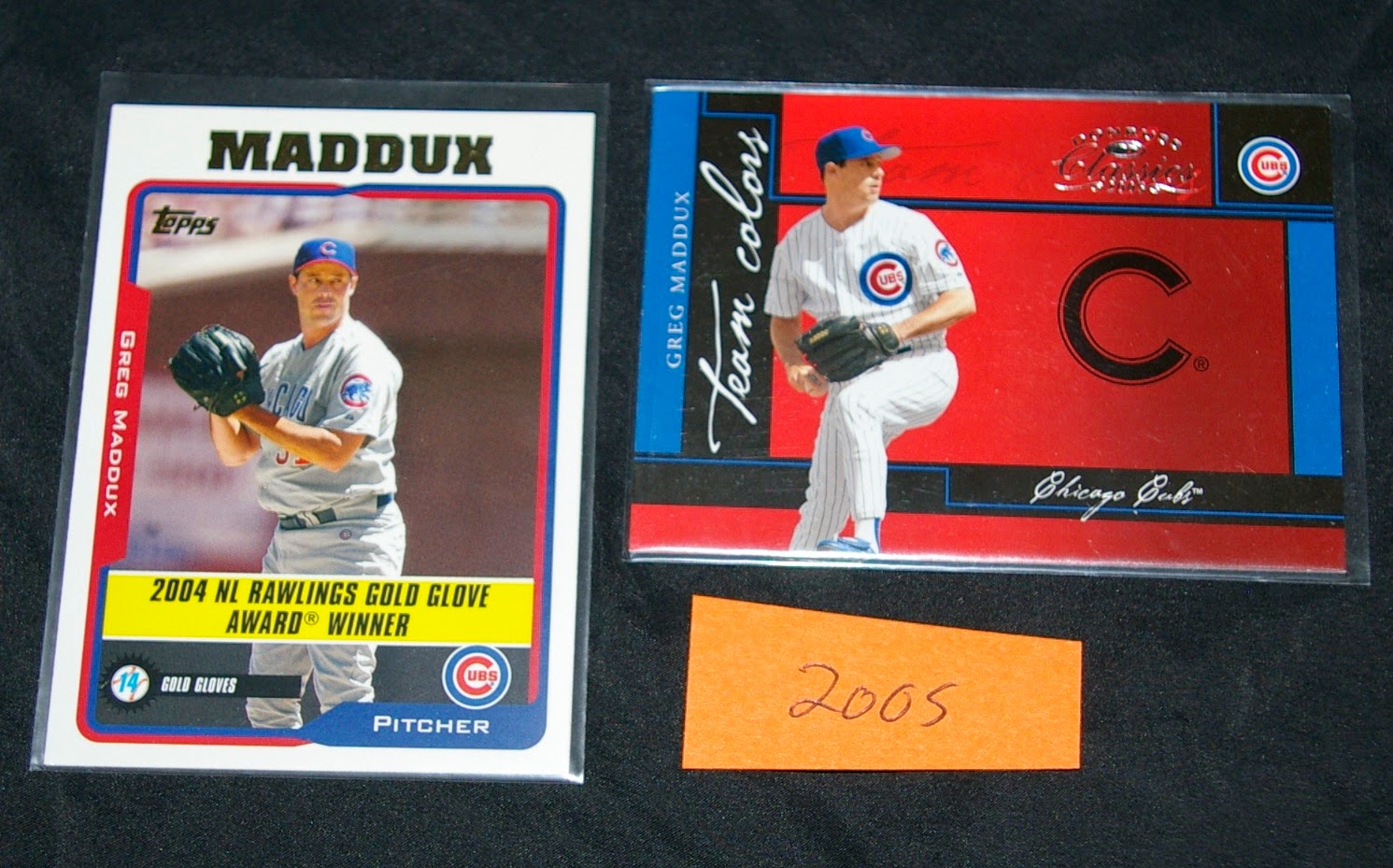 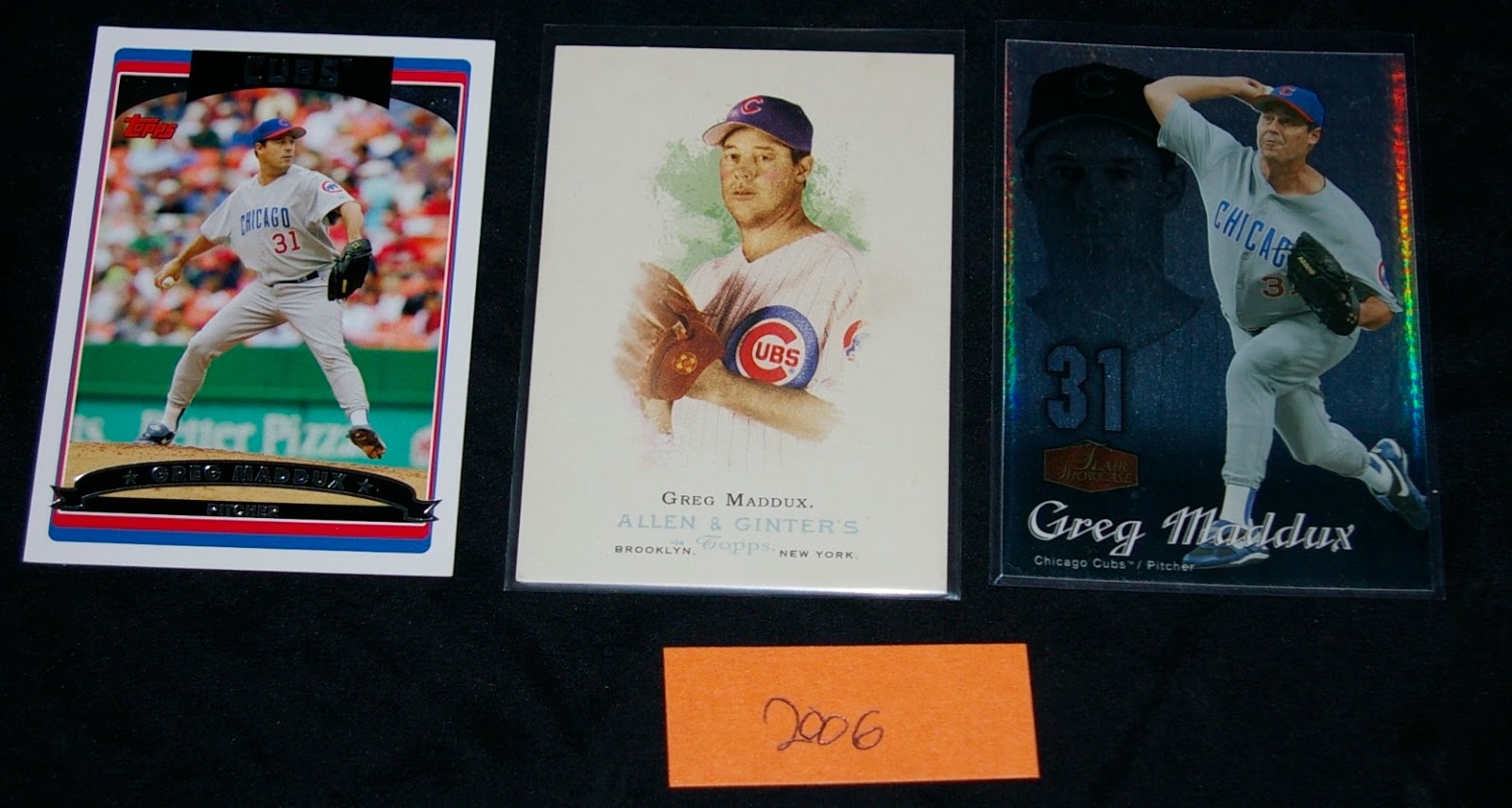 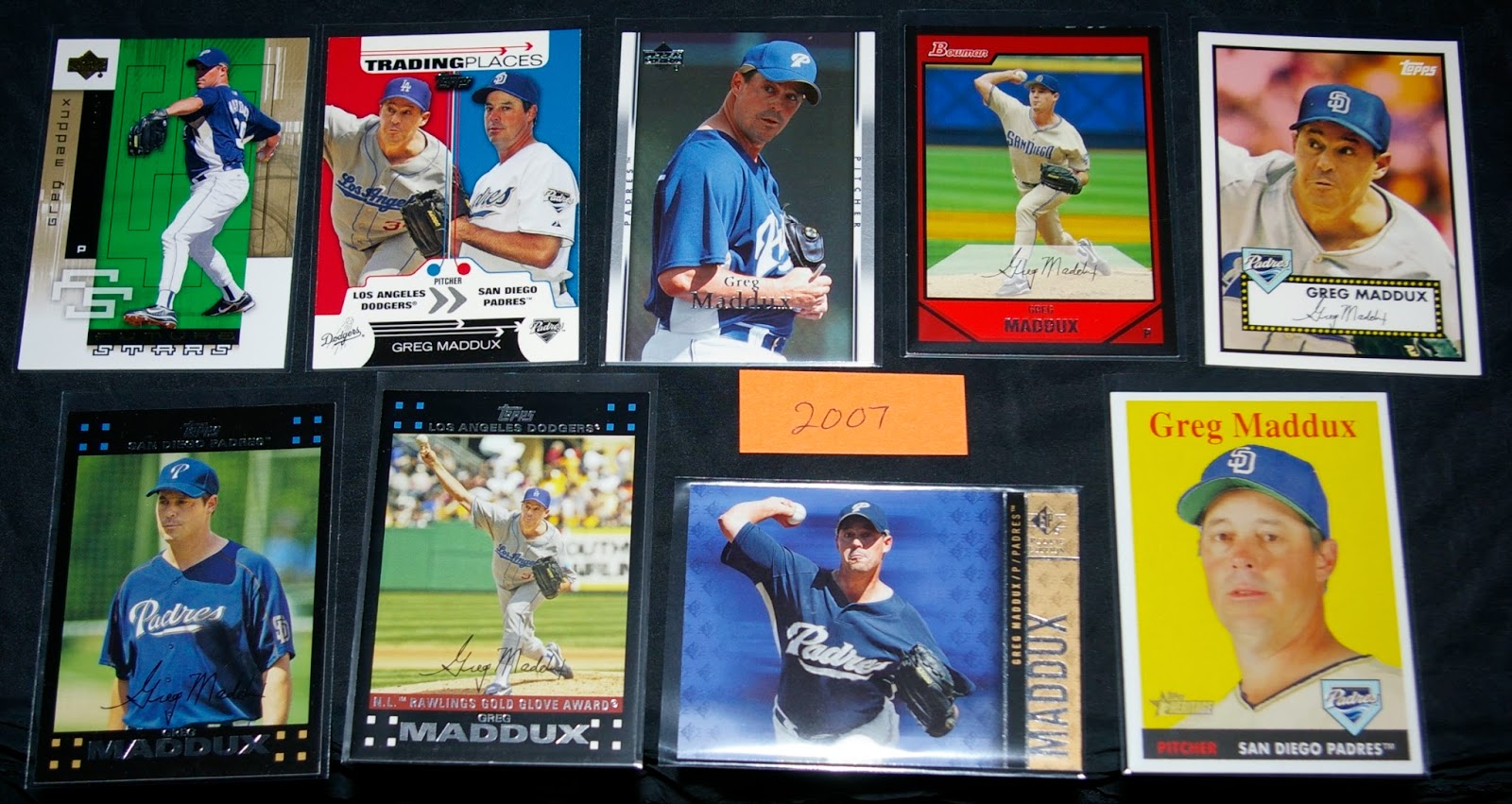 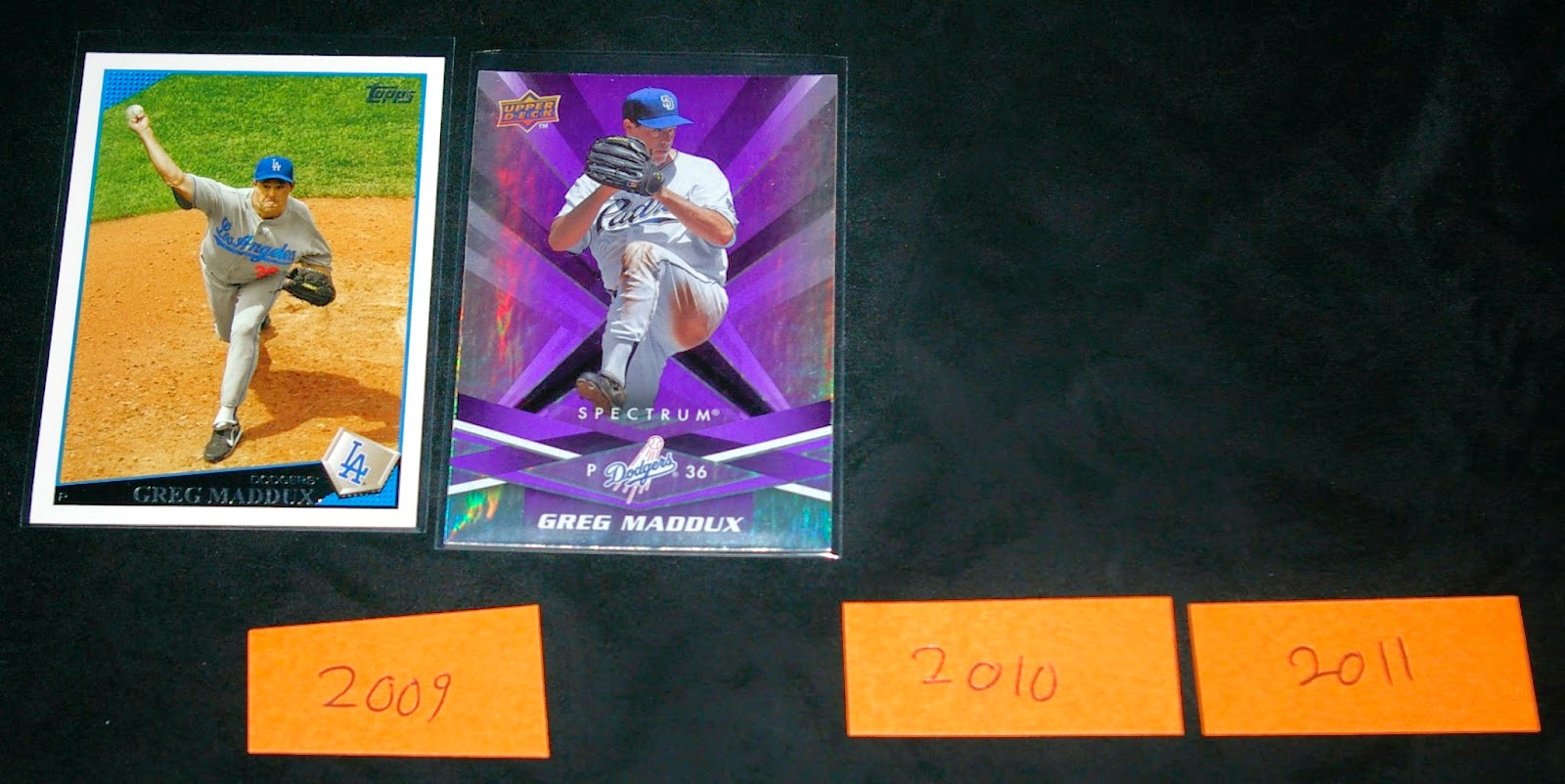 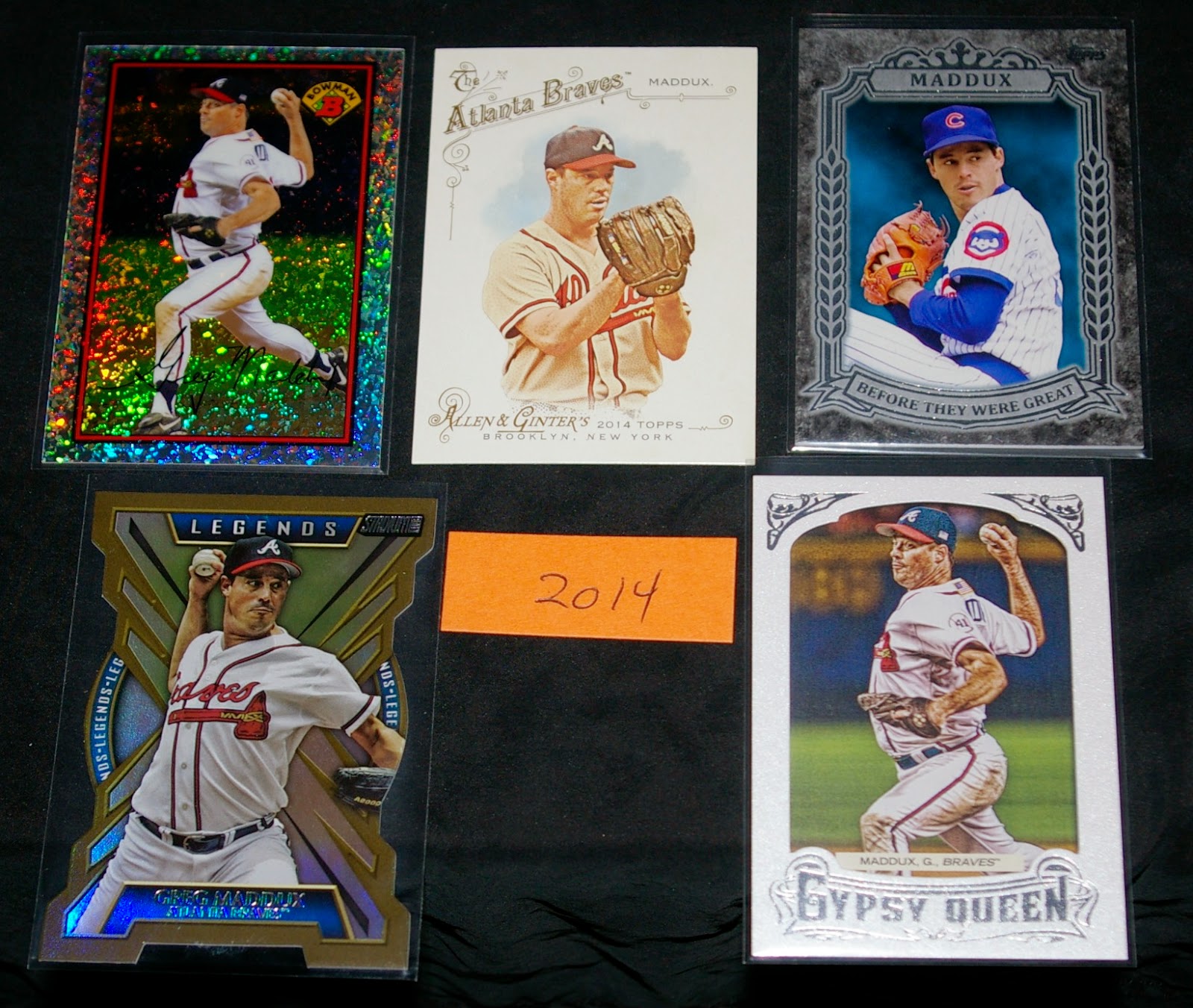 By my count, that makes an even 100. If you're a purist who doesn't think I should count the redeemed redemption as a real card, well, here's one more card to make up for it.. 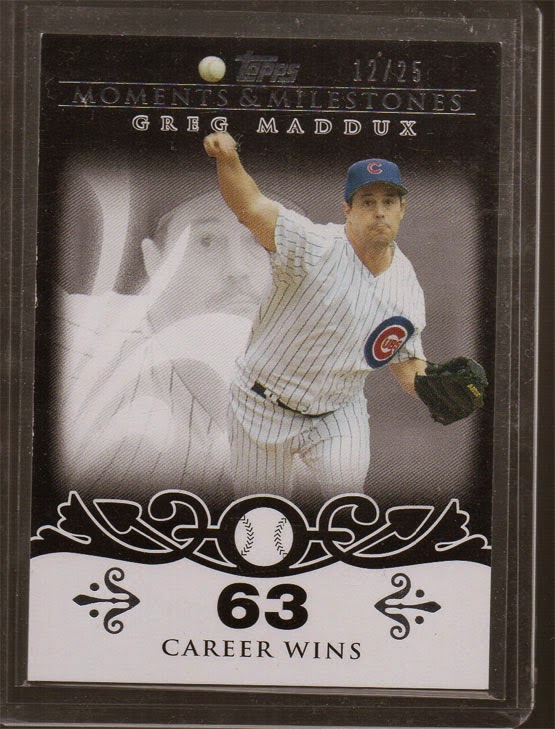 (It currently resides in the Christmas Cards minicollection, not the Maddux PC, hence it not being included in the above 2008 photo.)

Greg Maddux is a guy I liked/collected even back in my early days of collecting (1990-1993), and in fact, much of these early (87-92) cards in my PC were salvaged from the part of my original card collection that wasn't jettisoned when I moved out of state. While it wasn't exactly "prospecting", it was pretty cool when he went on to win a bunch of Cy's and craft a HOF career. He further endeared himself to me with his late-career stint in San Diego.

Per my current Hundred Card Club method of player-collecting, I'm no longer actively collecting Greg Maddux, technically speaking. But I definitely won't reject any of his cards I don't have that I may get in trades or pull from packs.

Thanks for swinging by.
Posted by defgav at 10:32 AM