This month's cardshow netted me a bunch of good stuff. As is my usual m.o., I'll show off most of my discount bin finds roughly separated out by era in a small handful of posts. Here's 4 bucks' worth of cards I got from the 1960s. 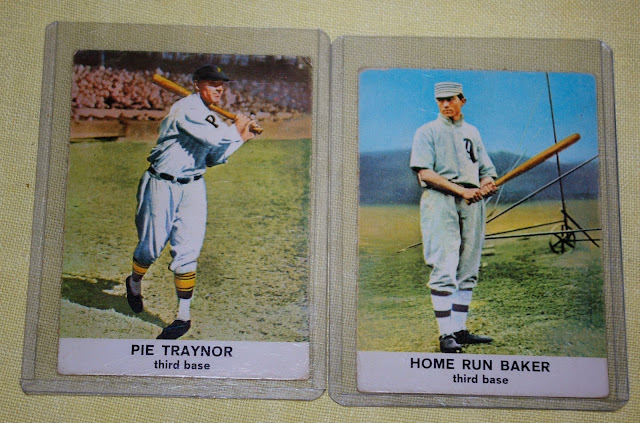 I had no idea what these were.. but they looked cool and old, so for the price, why not? Turns out they're from a set called 1961 Golden Press. Hate to admit it, but Pie Traynor is best known to me because of his split-second appearance on The Simpsons (featured at the bottom of this post). A bit before my time, I guess. Home Run is a great nickname. Hey, I just noticed this pair is a Pie-Baker combo. Nice. Somebody please bake me a pie. 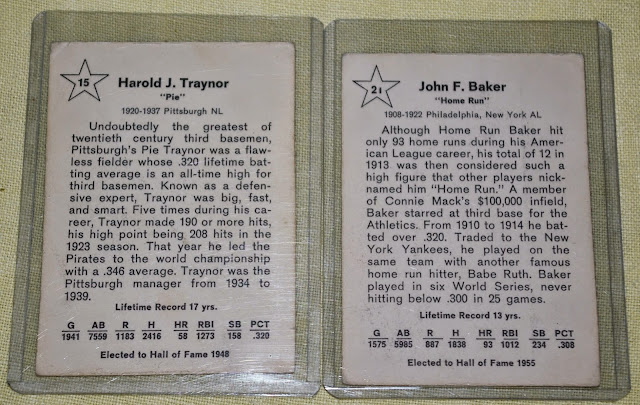 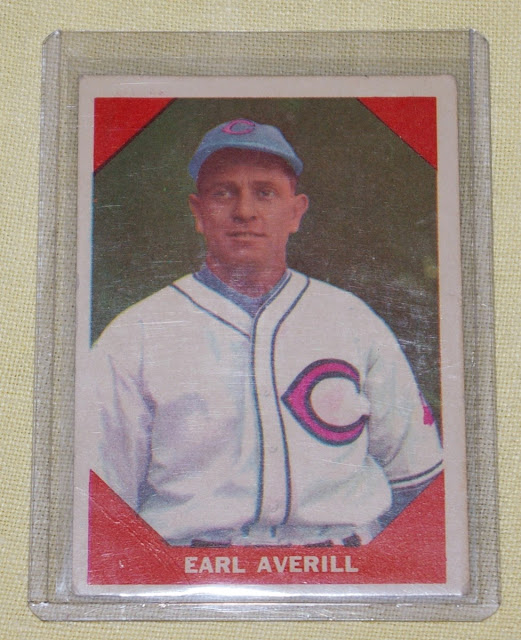 I love pre-1981 Fleer cards when I come across them cheap. This Earl Averill is from 1960 Fleer. 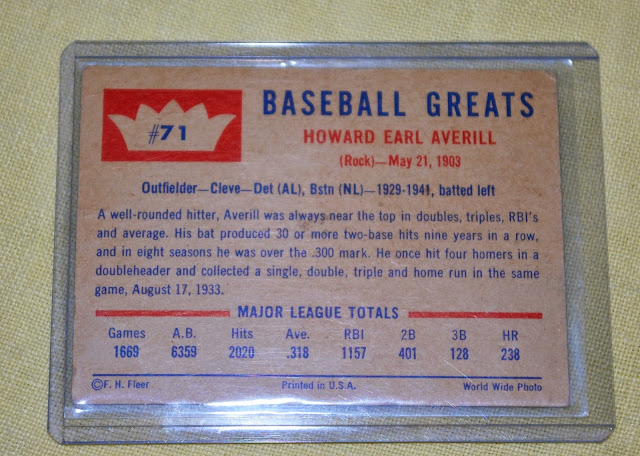 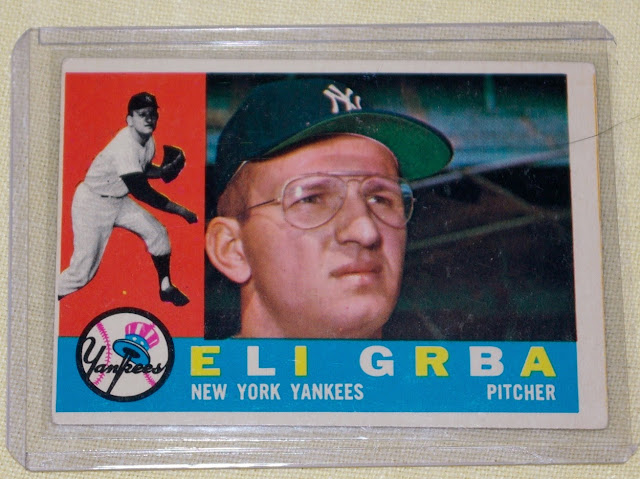 Eli here looks a little disgusted by the dog hair that accidentally got into the photo. Sorry, Mr. Grba (if that is your real name. Pretty sure he just made that up.) I have very few 1960 Topps cards, so went ahead and grabbed this one. 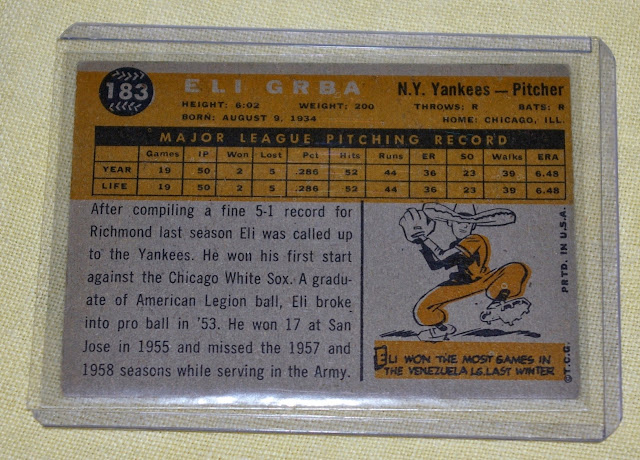 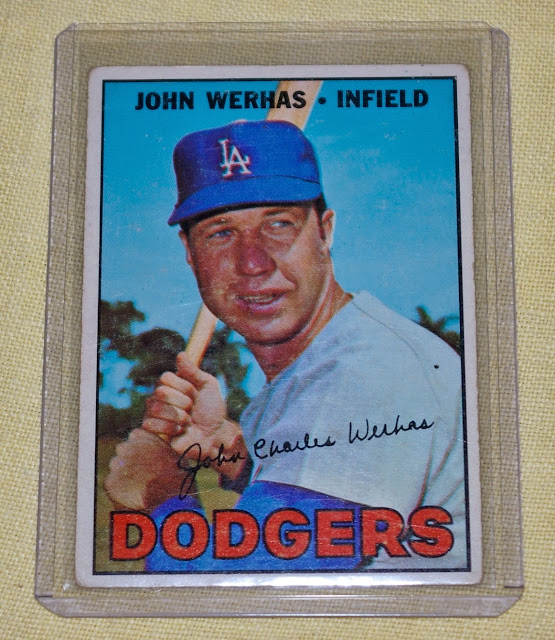 Here's a '67 Topps card of some dude on the Dodgers named John Werhas. 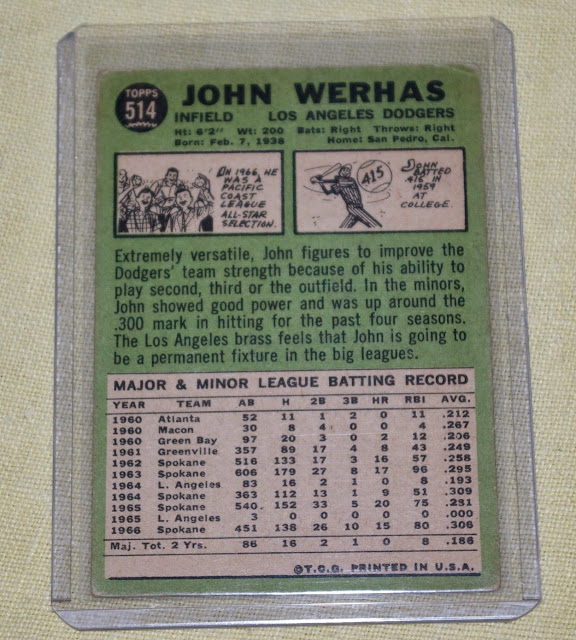 This isn't necessarily a trade bait post, but if you need any of the above cards, I could probably be talked out of them without much trouble. I like 'em, but don't really need 'em. 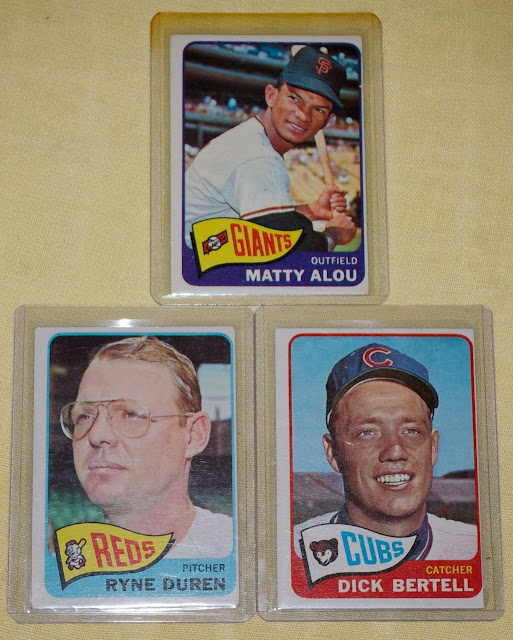 I don't want to be one of those guys whose lifelong collecting goal is to finish every vintage Topps flagship set. Too much for me. (Whom I kidding, that'd be great. But no, I mustn't!) But after I eventually complete the two old sets I am working on, 1973 and 1971.. if I then start getting a hankering to try putting together another vintage set, 1965 would definitely be in the running. Apart from all being off-center to the right, this trio is in nice shape, and even a semi-star there in Matty Alou. Ryne Duren wasn't a guy I had heard of (another ballplaying Ryne?!) but he was a 3-time All-Star. 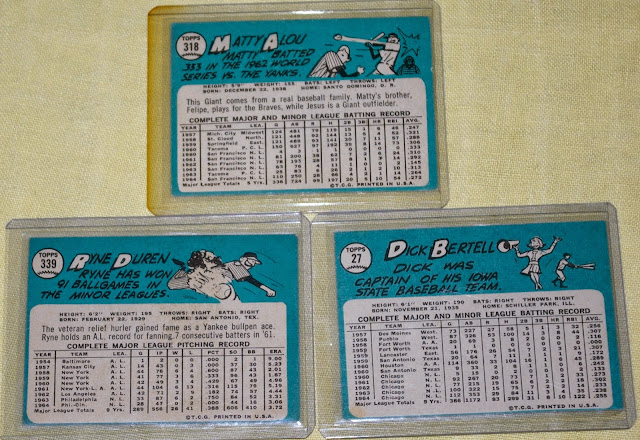 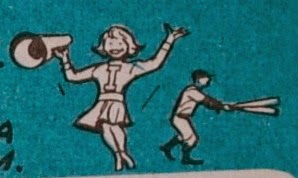