a bit of trade bait

At the recent card show, I kept an eye out for cards for trading buddies. Nothing amazing, but found a card or two each for my frequent trading partners. I'll fight the urge to post those that are already earmarked for certain people, and save them some surprise.

So taking that into consideration, this lot of trade bait below isn't too big, but take a look and let me know if you're interested in anything. 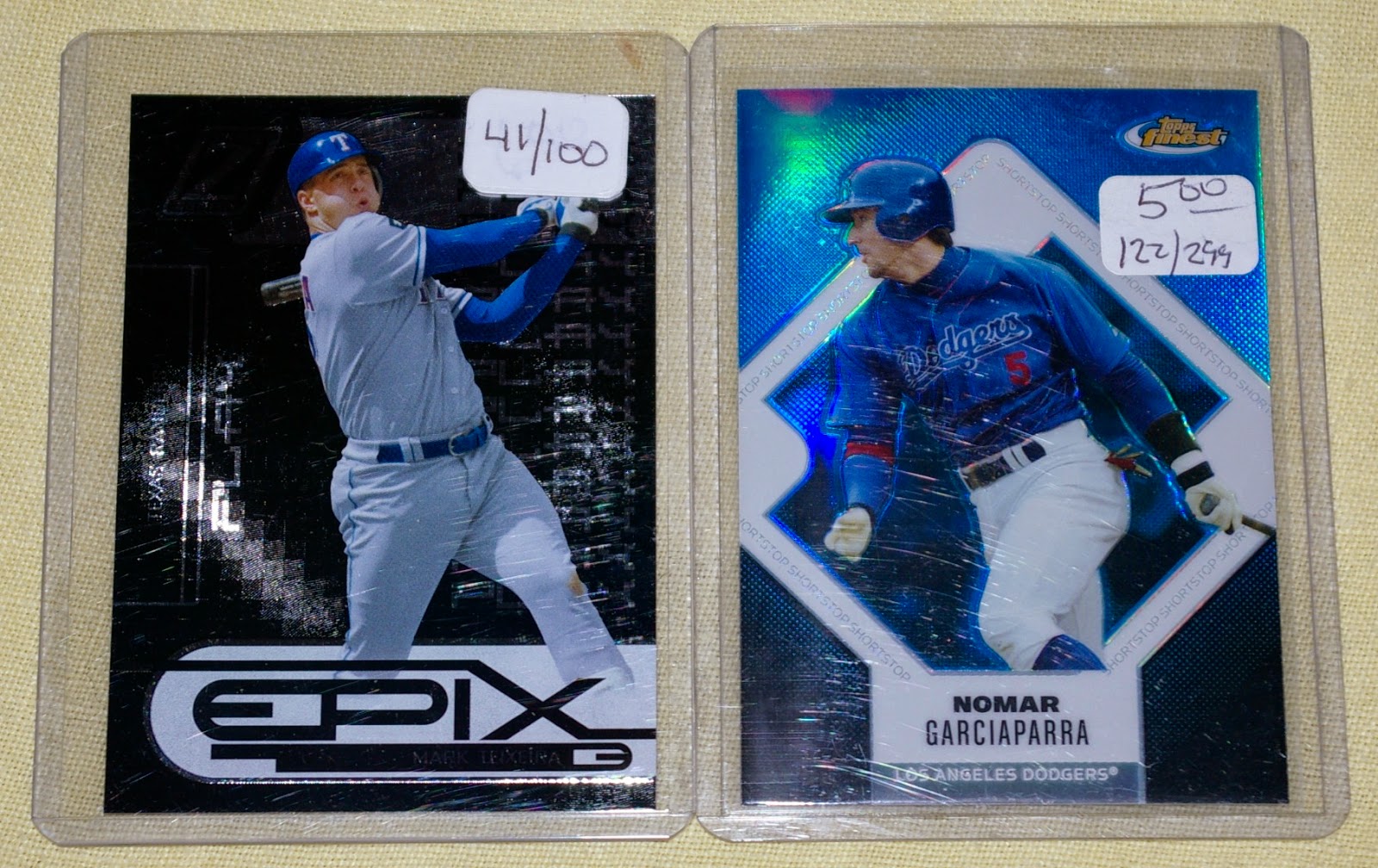 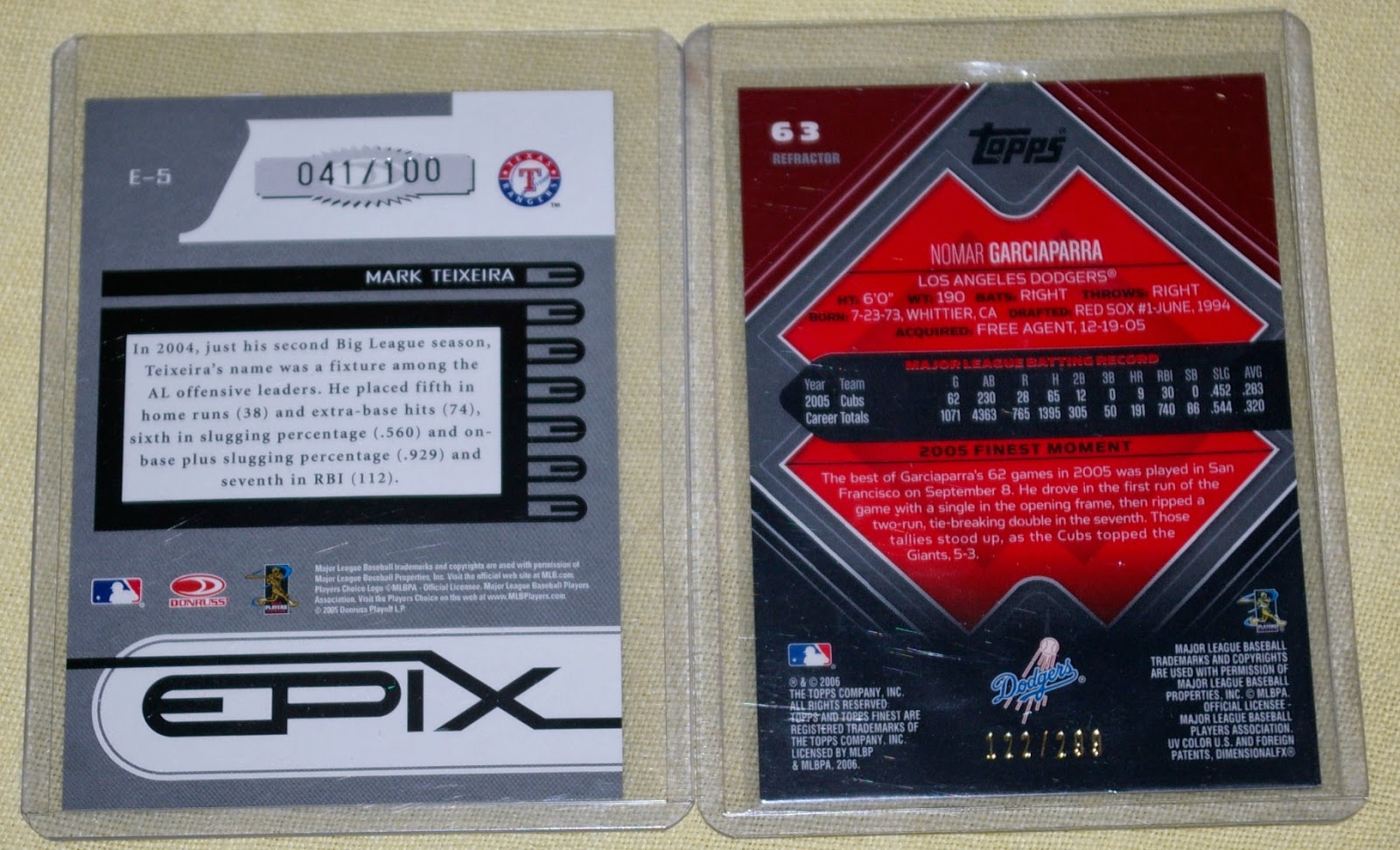 Mark Teixeira has been hot lately, winning AL Player of the Week the other day. Maybe someone would want this insert #'d 41/100. 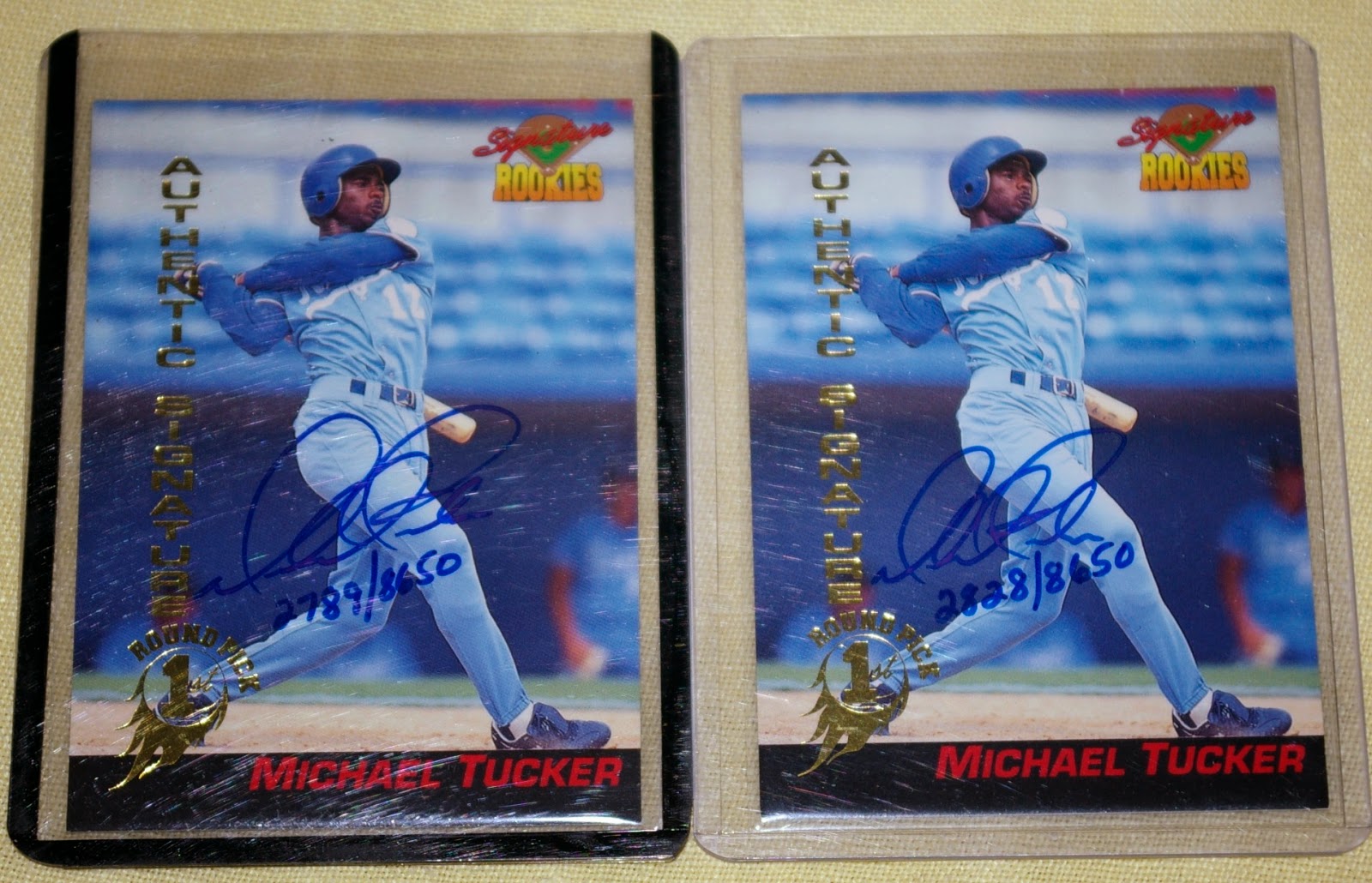 I had to double up with these Michael Tucker autos. He was a 1st round pick who had a respectable 12-year career. You don't see many autographs of "known" names in the discount bins. Anybody want one, or both? 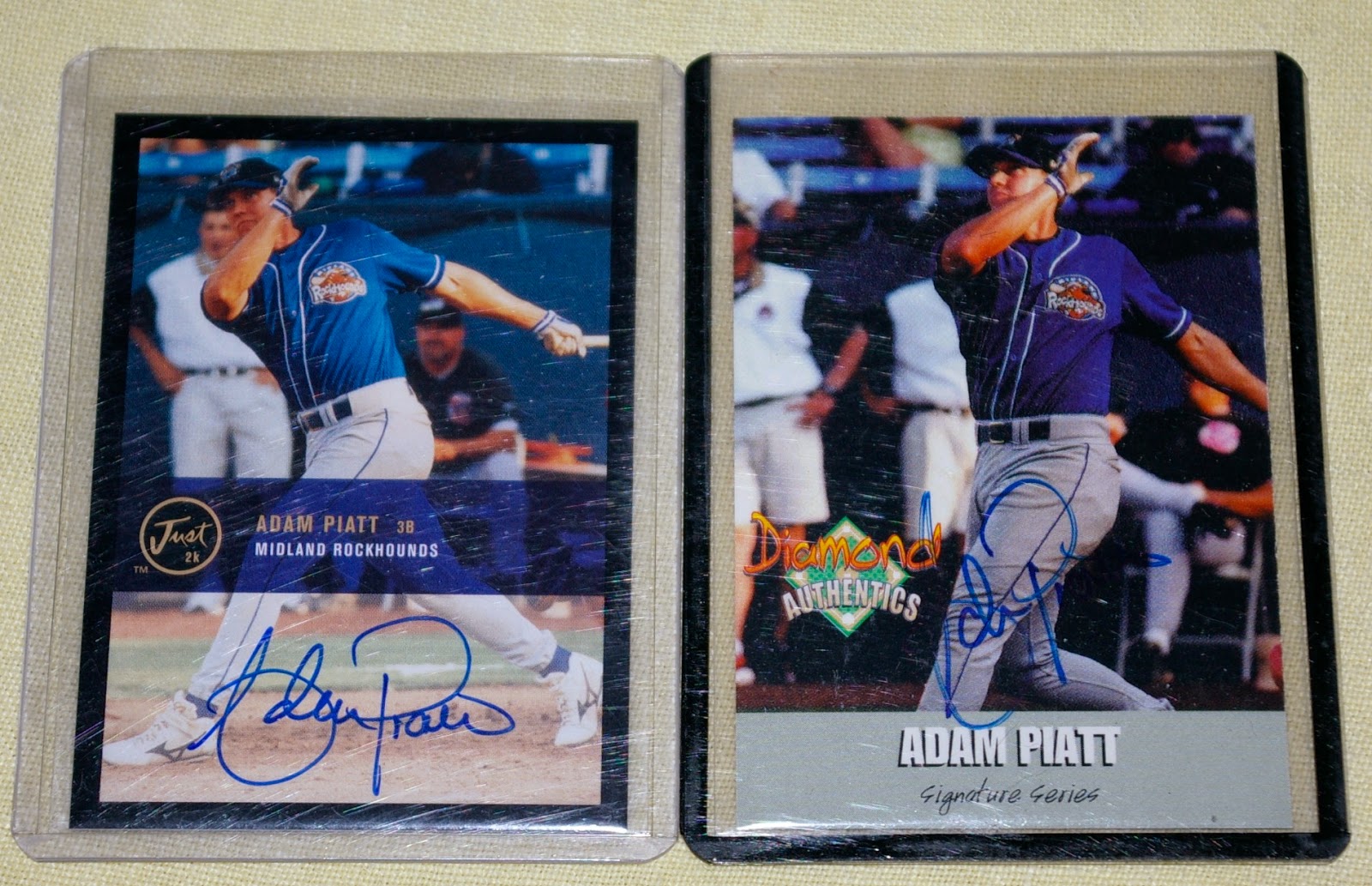 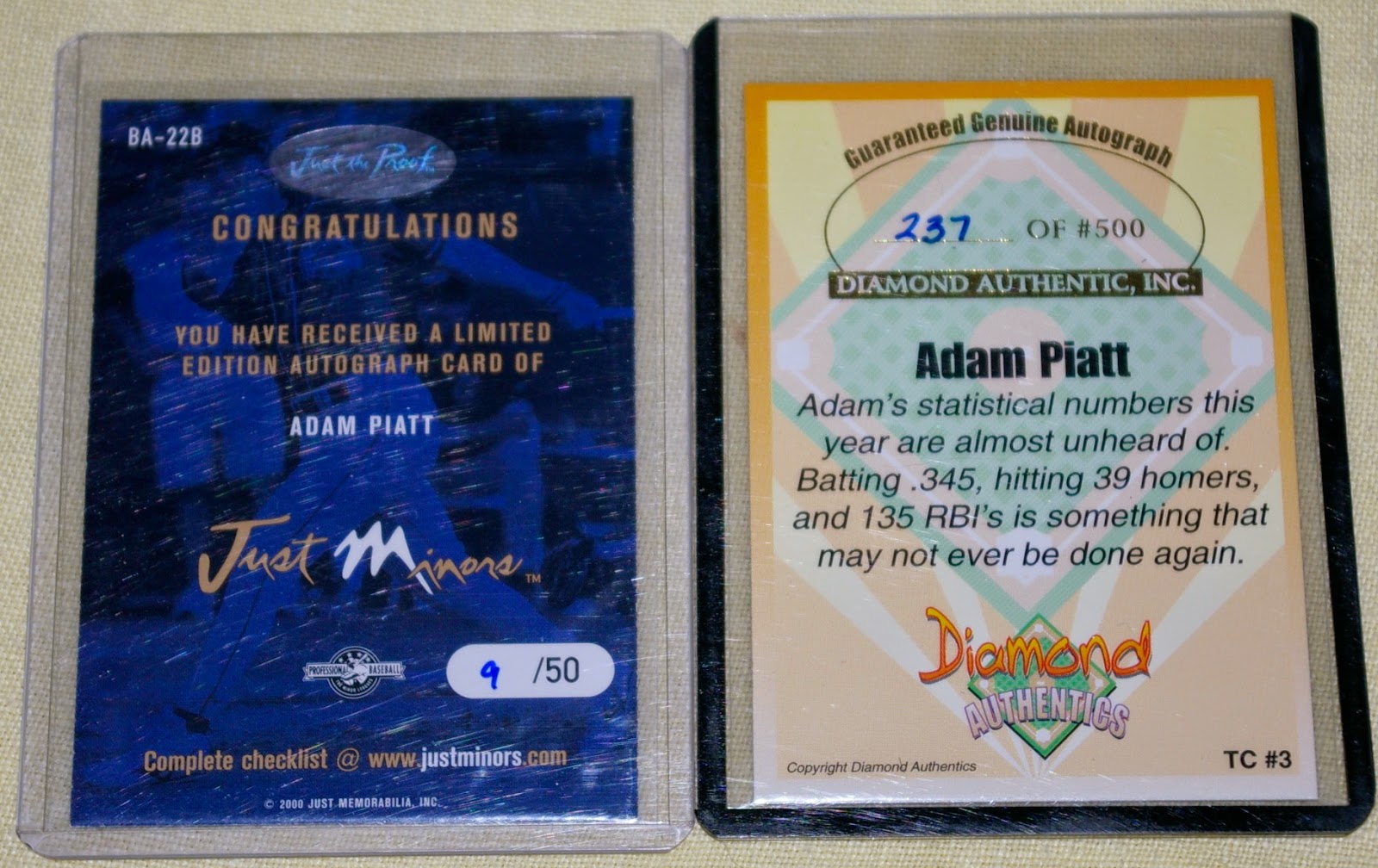 Adam Piatt was a big prospect who won a triple crown in the minors, but could never put it together up top. At least these couple autos I picked up are low numbered (compared to the 8650 run of the Michael Tucker auto, anyways). Anybody want 'em? 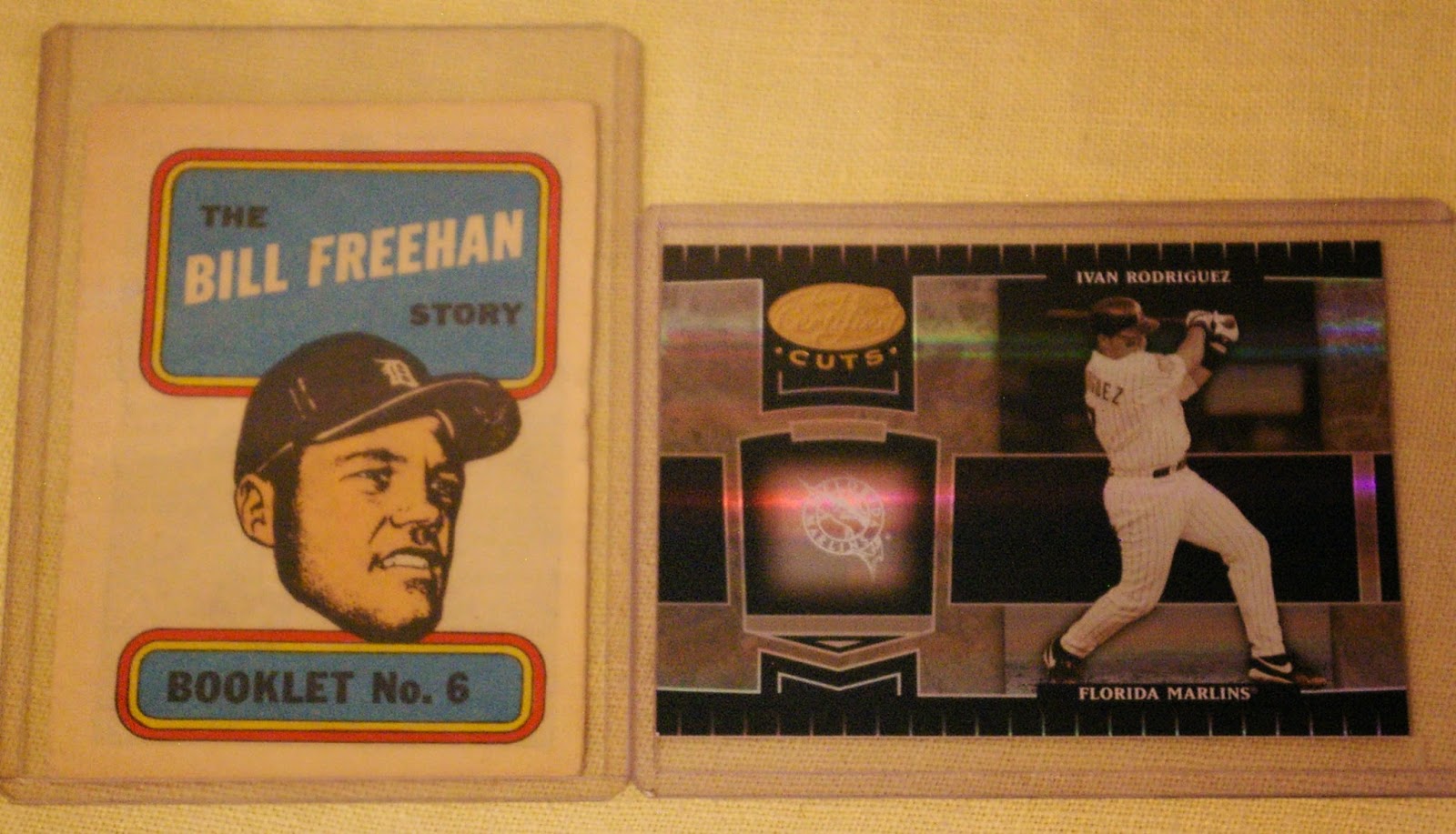 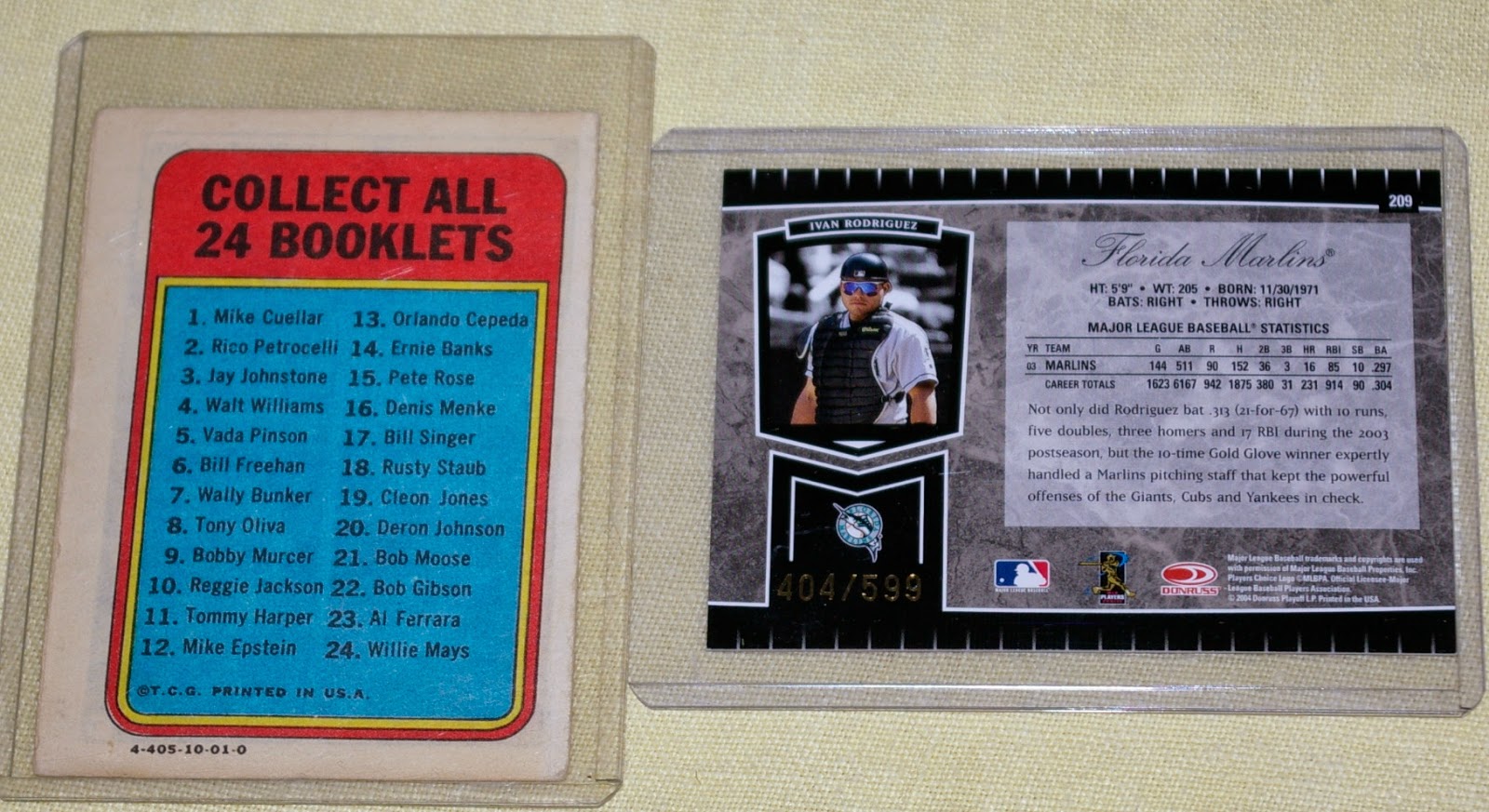 Lastly, here are a couple cards that I kinda picked up with Julie in mind. But if she doesn't need/want them, somebody else might. The Pudge is #'d /599. I always forget he was only on the Marlins for one year. I guess the spectacle of the 2003 postseason (remember Bartman?) stuck with me. When I think of Ivan's career, first thing that pops in my head is that NLDS-winning "walk off" play-at-the-plate, triumphantly holding the ball up in the air from the ground.


So there you go. As always, if you want to trade check out my wantlist and get in touch. Thanks!
Posted by defgav at 2:03 PM