Wanna check out some new baseball cards I got recently? 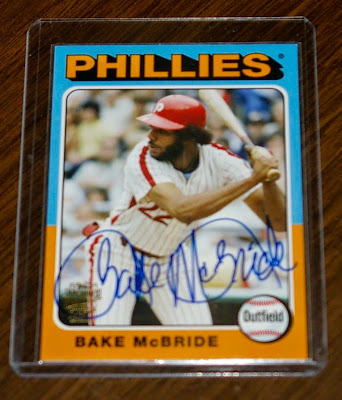 Here's an eBay win.. The first of what I'm sure will be maaaaaany Bake McBride autos for my collection. So refreshing to get a guy's signature that's actually legible. Props to you, Mr. Bake! Great looking card, right? The 75 Topps design is like a hot, crazy girl I like checking out from afar, but would never attempt to date. 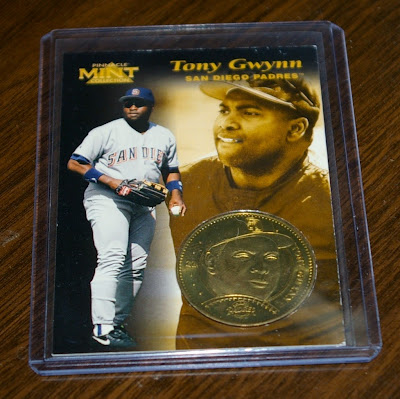 Underdog Collector surprised me with a nice PWE featuring this sweet Gwynn card with a coin built into it. I got a couple similar Griffey's recently, as you loyal readers may recall. Neat card. 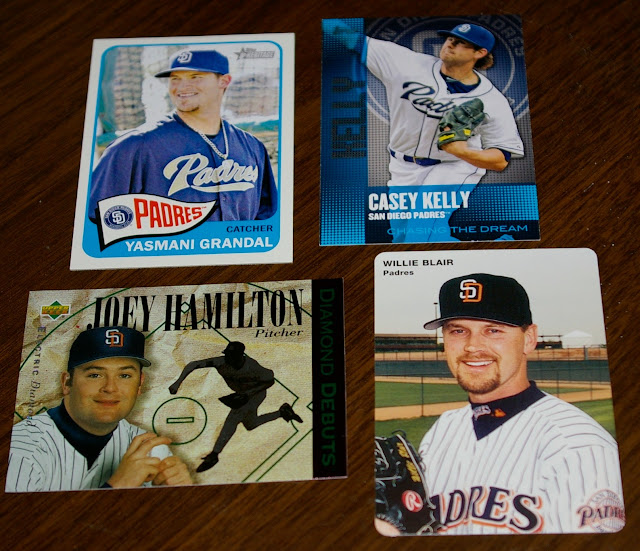 Bonus Padres to tag along for the PWE ride! Thanks, Zachariah!

Next up... Nate over at Big 44 sent me a PWE of cards as a thanks for pimping his recent contest even though I didn't win. What a swell guy! All 5 cards he sent were needed PC additions. 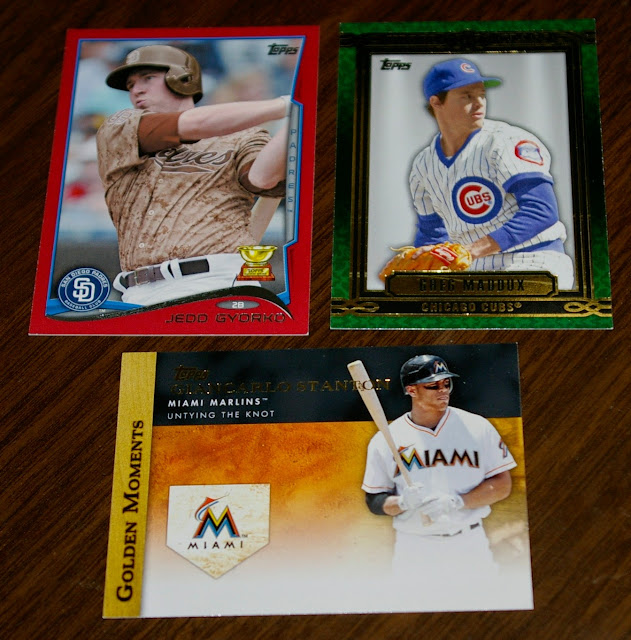 Nice Jerk-O target parallel.. though his continued inability to shake a sub-Mendoza batting average has me sad and nearly ready to drop him as an official "guy I collect". The Maddux and Giancarlo are sweet too. 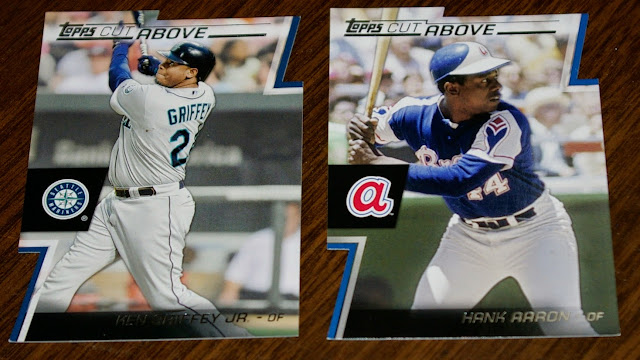 And here are a couple nice die-cuts (aka "funky-shaped cards".. can we agree that "die cut" is such a cop-out for classifying non-standard shaped cards. All cards are die-cut unless we're talking about Hostess cards and their box-bottom brethren). Good stuff. Thanks, Nate!

In other news, Obama is in my town. Traffic is a bit gnarly because of it. #thanksobama (nah, I voted for him twice. whatever)

Oh, and my folks were in OKC when the recent tornados hit. They're safe, but their (mobile) home and car took heavy damage. Sucks! Might be a "start from scratch" situation. But at least they're both safe. Please send them some good vibes, guys.

Oh, and my mother-in-law got fired the other day for BS reasons. That sucks too.

And my wife has been sick for the past few days.. with a nasty hacking cough.

The Padres, with all their exciting offseason pickups, are only at .500. Kinda disappointing. I was expecting them to go 162-0. Hopefully they jell as a team soon and stop losing ever.

In better news, I had a piece of chocolate-peanut butter pie today. That was tasty! But it was in honor of a co-worker's last day, and I'll be taking over much of her responsibilities (including handling complaints.. which I hate), so that means busier days. So expect less posts from me for the foreseeable future. But don't worry, the job is ending at the end of the year because the company is moving to Buford, GA.

Final grievance to air: I won a very special T. Gwynn auto that seems to have gotten lost in the mail. I'm heartbroken over that, almost as much as my folk's shit getting fucked up and my mom-in-law getting shitcanned.

See you guys later. Keep on rocking.
Posted by defgav at 10:33 PM