Another installment of sportscards from the grocery store. I haven't bought many cards this month, so thought I'd reward myself with something to rip. Got one of those 3-pack "value packs" of '15 Bowman for $9.49. It was by far the most expensive item in my cart. I think the next closest was a gallon of milk for $2.49. I went with the 1%. Non-fat is too watery and 2% is too creamy.. 1% is right in that goldilocks zone.

How'd I do? Well, a bunch of dudes I never heard of, and a handful I have. Three promised yellow parallels and one numbered card. 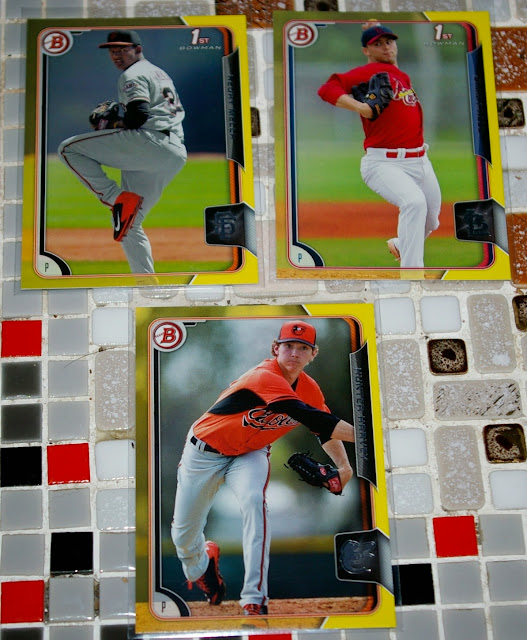 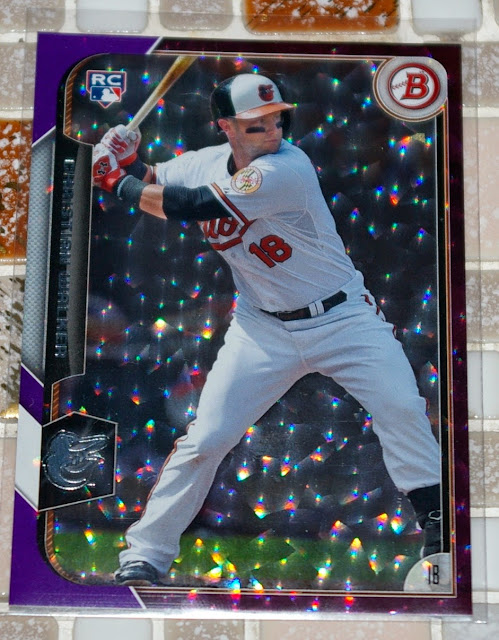 The closest thing to a hit I got was this purple ice Christian Walker (Balt.) Fine looking card. 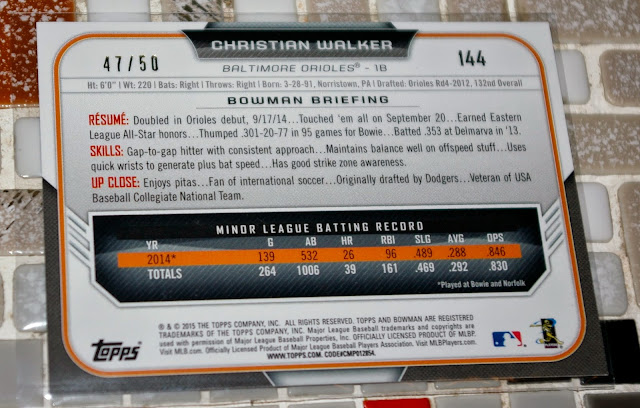 It's numbered 47/50. Would love to trade this, but sadly I've got no Orioles collectors in my trading circle. I've been blogging now for almost 2 years and don't think I've ever traded with an Orioles fan. WTF? Maybe once a while back? Come on, O's fans, help me thin out my Baltimore cards on you! 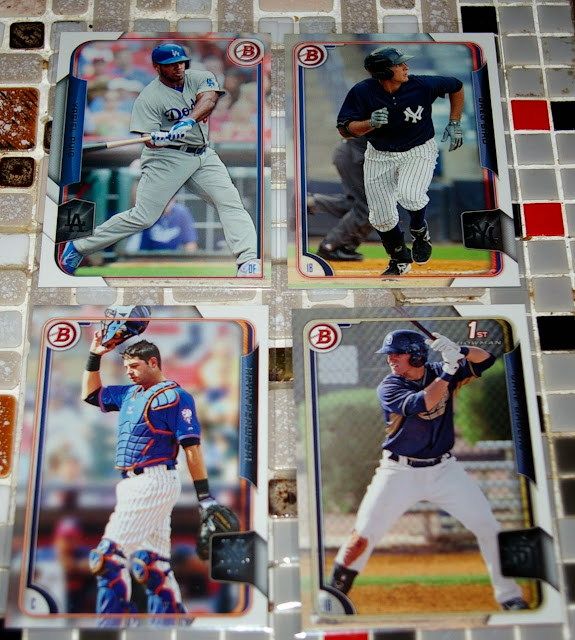 Apparently nobody told Topps that it's twenty-fucking-fifteen and making your cards look good online is important. So they stupidly used foil text for the names on a dark background, so they don't really show up in scans or photos. Smooth move, dumbfucks. So now I need to tell you that these players are Puig (the lone PC addition from this purchase for me), Greg Bird, Plawecki, and Jake Bauers (the lone Padre I pulled). 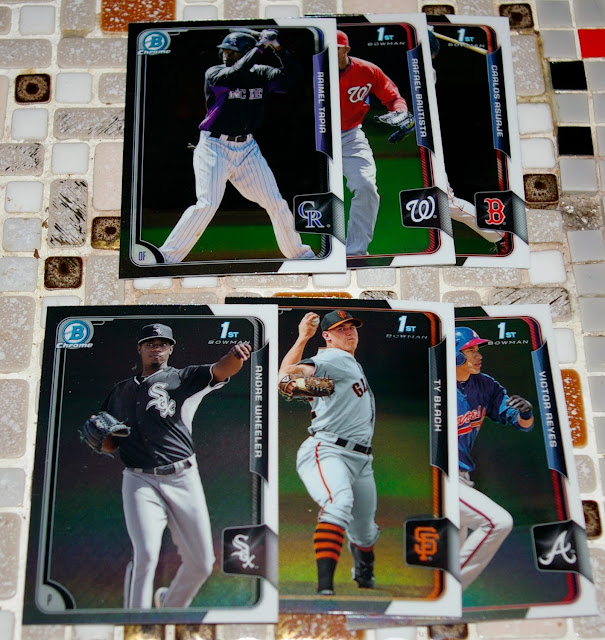 Here are the Chrome parallels (?).. these thankfully don't use foil, so you can actually read the names. Nobody I've heard of, though, so it's moot. Maybe you prospectors out there have heard of a couple of these guys. Anybody want any of these cards? I still don't understand the whole thing with Bowman Chrome being included in (Regular) Bowman.. and then later in the year Bowman Chrome (The Product) comes out. So are these Chrome cards the same as those Chrome cards? How do you tell them apart? And why are there Chrome cards included in non-Chrome? Why not also include non-Chrome parallels in Chrome just to harmonize it. God, I hate Bowman and most of what Topps does these days. I should probably stop collecting baseball cards. Beanie Babies, maybe? Yu-Gi-Oh cards? Commemorative spoons? 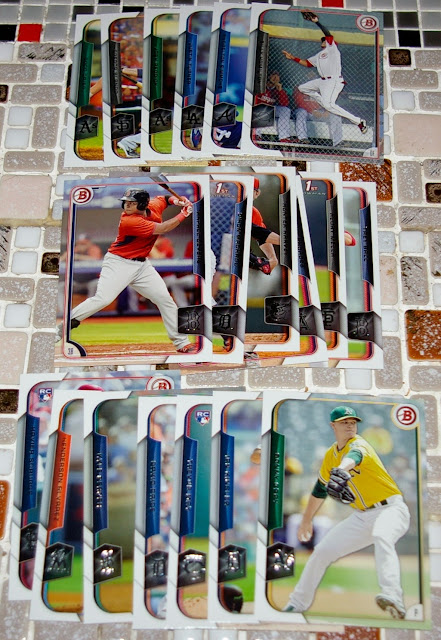 Here are the rest of the cards (that you can't read because foil on dark backgrounds-- in hindsight, they'd have been easier to read had I taken a picture of the backs). Let's see, there's Sonny Gray. I think that's Billy Hamilton making the grab up top. Ian Kinsler is in there somewhere. You're on your own for the rest.

There you have it. I should have known what I was in for with Bowman, but I can't help but be disappointed with this purchase. I don't particularly want any of these cards, so if anybody wants to trade and help justify the 10 bucks I blew on these, just let me know. Thanks! Take care.
Posted by defgav at 10:57 PM