Surprise cards from Corky and Underdog

Man, working full days this week has been kicking my butt, even with the short week. I had really grown accustomed to my 6 hour days. I think 6 hours is the ideal maximum length a workday should be. That's probably in the bible somewhere, right? While we're at it, every weekend should be a three-day weekend.

There were a bunch of spiderwebs on my bike when I went to ride home yesterday. I thought that was funny.. I was at work so long that my bike had cobwebs!

So anyways, I'm tired. But the week has been considerably improved thanks to a couple surprise PWEs showing up.

The first one stumped me as I pulled it out of the mailbox.. the name in the return address wasn't ringing a bell. I thought it might be a random Listia win, but I hadn't won any lots lately, and from the thickness, there were definitely several cards in there. But thankfully a little note was included and it turns out it originated from Pack War! I know him best as Corky, but that's not his real name so it threw me. 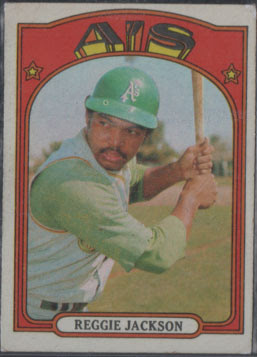 Gotta lead off with this beaut. In his note, Corky said my recent Reggie PC post made him remember he had this card, and as I was in such need, he thought it'd go better in my collection. Wow, thanks, man! 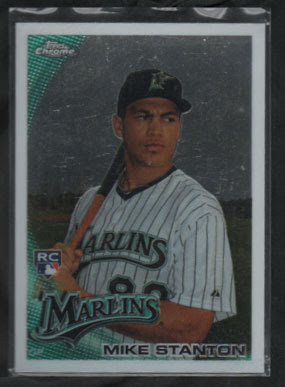 If that wasn't enough, he also included this sweet Giancarlo RC (that actually looks much better than it scanned). Another key need for me! 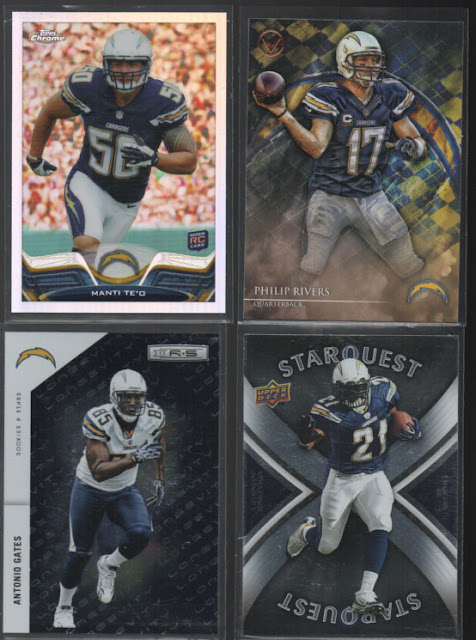 A few Carson City Chargers were along for the ride. Great stuff and don't think I had any of these. The Te'o is a refractor, and the Gates is numbered out of 249 or something. 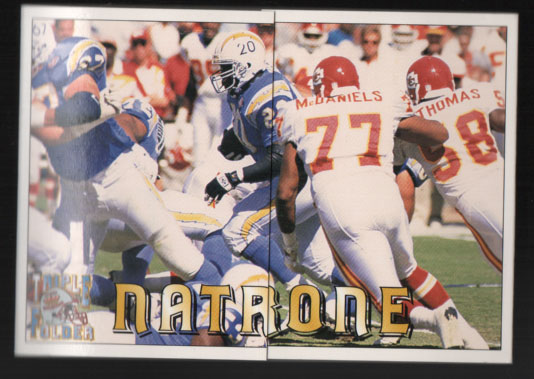 Thanks again, Corky! I'll have to return the favor soon and try to dig up something for you. If I ever post any trade bait that catches your eye, please let me know!

Another surprise PWE this week was from The Underdog Collector. This time I recognized the return name/address, but what surprised me is he just sent me a PWE like a couple weeks ago (remember that Gwynn coin card?). This makes the third batch of cards from him in the past few weeks! Hard to keep up with the guy! 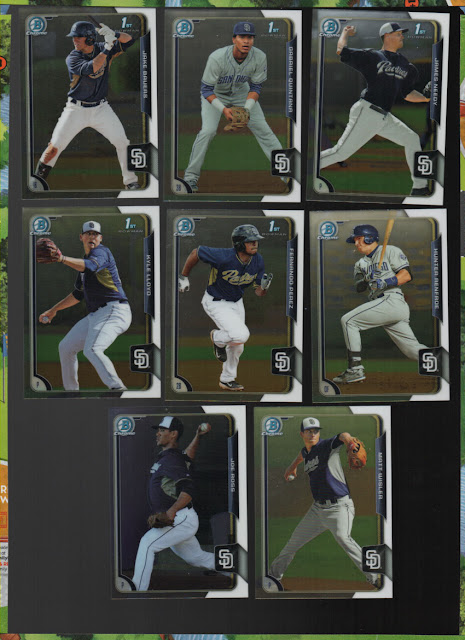 Turns out Underdog got some Padres action in a 2015 Bowman group break, and had some dupes to share with his fellow Friar Faithful on the blogosphere. It's a sharp looking design. Up there are the Chromes, and down here are the non-Chromes... 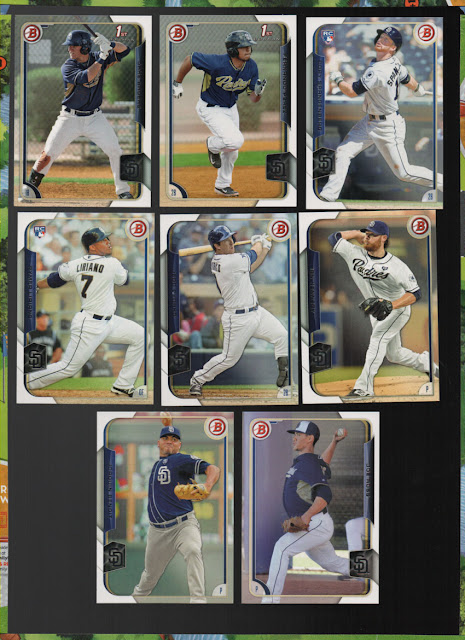 Very appreciated! Thanks, man. I'll have to find some more cards to shoot your way soon.

Thanks again to these two guys for their generosity. And thank you for reading about it. Have a great rest of your day.
Posted by defgav at 2:06 PM