Pretty good cardshow weekend for me. Made two purchases: 50 cards @ 50 cents each, and an entire nickelbox for $20.

Today let's talk about the nickelbox. I dug through most of the thing and came up with a stack of around $5 worth, but there was plenty of decent stuff in there I was passing up, so I decided to offer the old guy $20 for it all.. he hemmed and hawed for a moment, then agreed. 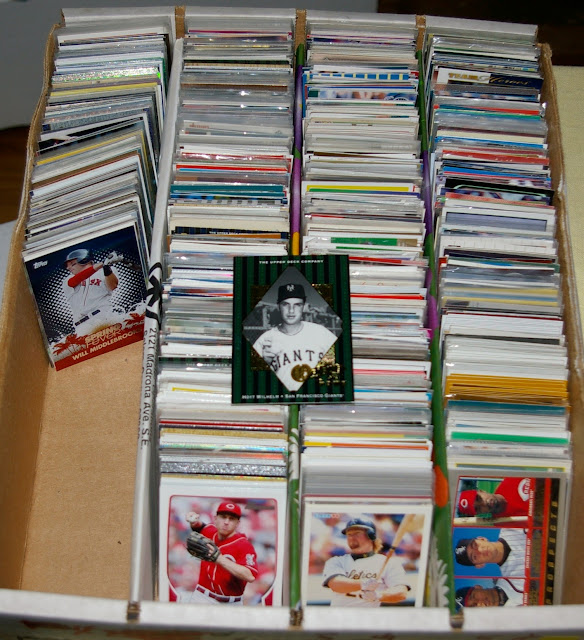 Plenty of cards for my collection, as well as lots of fodder for my tradebox. While I could get a month's worth of posts outta the box's contents, I'll try to keep it concise with just a post or two.

Holographic cards of guys who crushed it in their prime but nobody really likes anymore. The animated gif misses the mark but you get the idea.

These 3 Bowman Is Back inserts are kinda cool, even if they are minor leaguers I've never heard of. 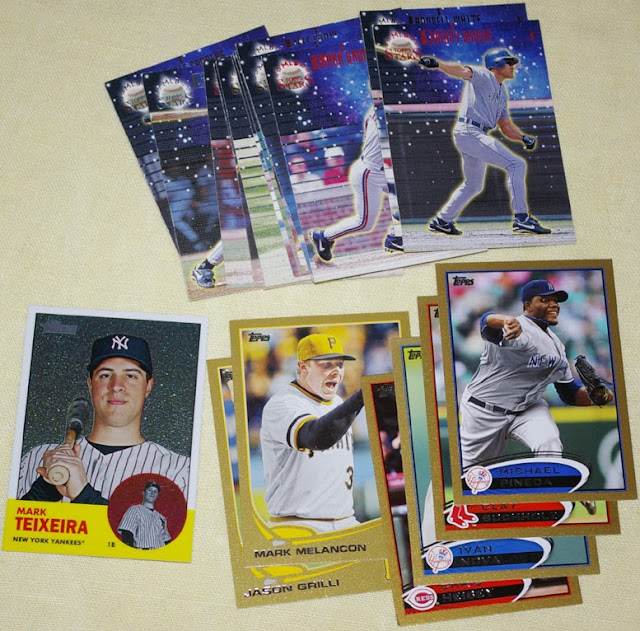 Serial numbered cards for a nickel are always great (or a couple cents each or whatever it works out to), even if the print runs are all around a couple thousand minimum, topping out just shy of 10,000 in the case of those Topps Stars cards above. Especially nice to see decent Pirate cards since they're a hot trade commodity. 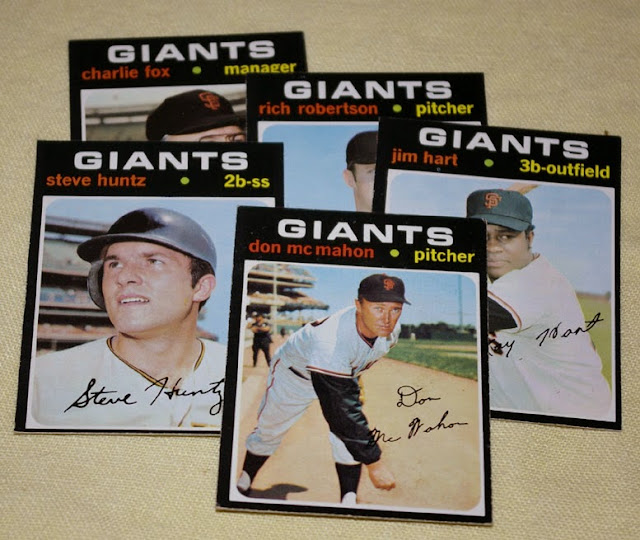 Some vintage in the box, possibly highlighted by these 71s. Turns out I've got all these Giants in my setbuild already, but I'm pretty sure these are all significant upgrades for me. 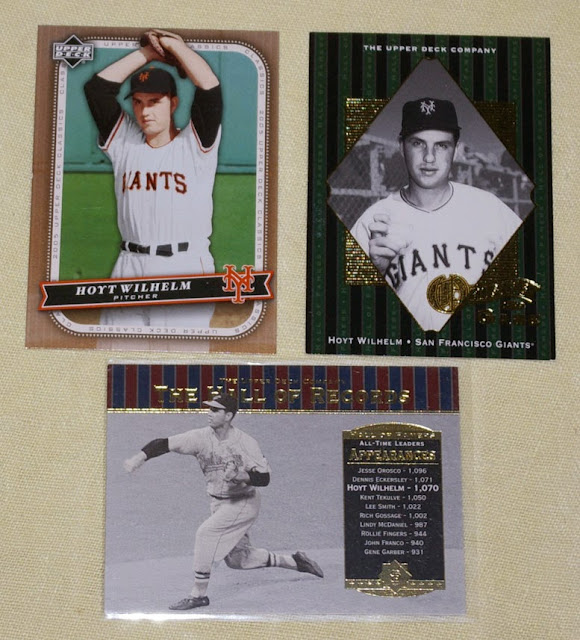 We played a quick game of Hoyt Or No Hoyt before the show, which is where I ask my Twitter followers to guess if they think I'll come home with a Hoyt Wilhelm card or not, and if they're right, maybe I'll send them a PWE prize. Smart money is on Hoyt, but once in a while I come home empty with No Hoyt. But this time it was indeed Hoyt. Hoyt x3 actually. A couple of these even had dupes too. 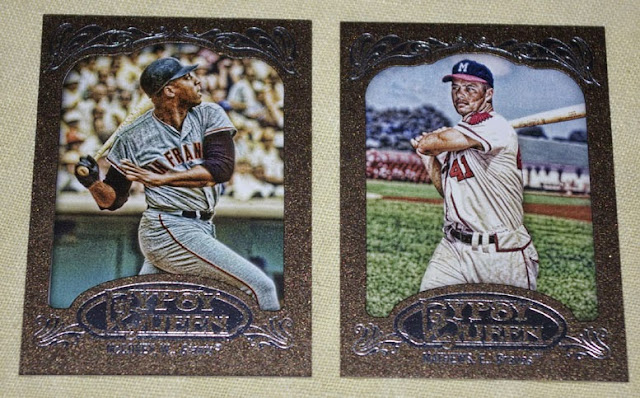 Here are a couple nice highlights from the box. Gold framed legends McCovey and Mathews. 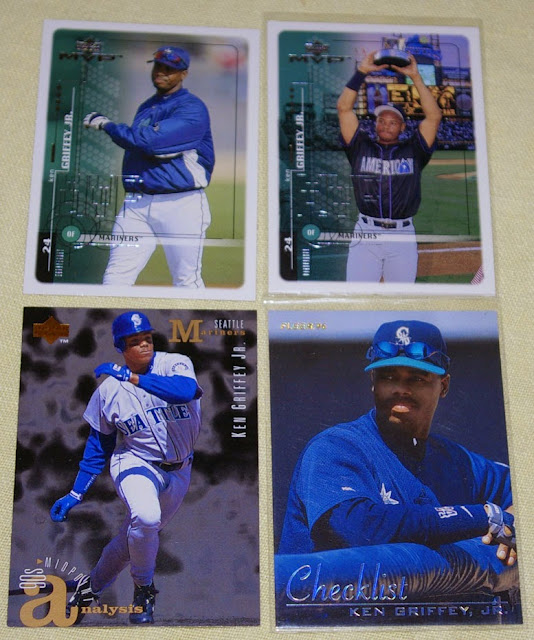 Nickel Griffeys are hard to pass up. 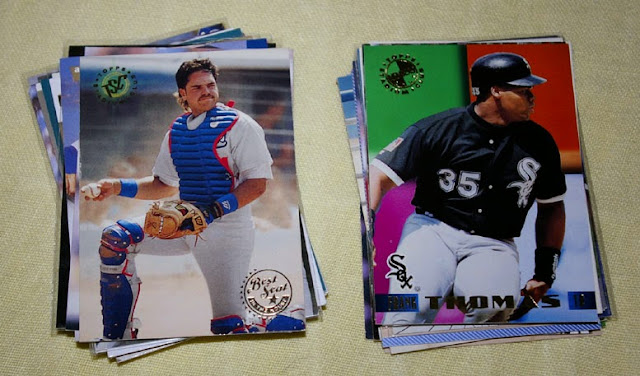 Big stacks of Piazza and Frank Thomas. I may have just knocked both of them off my wantlist and into the Hundred Card Club, but I'll need to sort those PCs and weed out dupes before it's official.

The king of the box was without a doubt A-Rod (not pictured).. hell, I may have inadvertently just inducted him into the Hundred Card Club thanks to this box alone. Also lots of "once hot, now not so much" guys like McGwire, Mattingly, Canseco, Strawberry. Not too much junk, and the junk there was was mostly "stars" so it's cool.

So that's an overview of the sweet nickelbox I just picked up. Thanks for checking it out!
Posted by defgav at 10:56 AM