I'm usually pretty good about keeping current with trade posts, often posting about cards the day after I receive them, occasionally even same-day. I think only one trade post ever completely missed coming together (Apologies to Cards from the Quarry! He sent me a bunch of great Larry Walker cards and a Roberto Alomar relic well over a year ago that I never got around to featuring in a post.) There might have been a couple small PWEs here and there that I also didn't get around to featuring, but I'm generally good about giving a shoutout to all incoming cards I'm traded. (Well, maybe not all cards, since large packages will typically just get the highlights shown in the interest of time.)

Here's one that got away from me a little, but was able to pull it out as it was in danger of slipping from my grasp. Justin from Mets Cardboard sent me a bunch of cards a while back. Pretty sure it was our first trade. I already showed off the lot of Trevor Hoffman cards during his induction ceremony to the Hundred Card Club two or three weeks ago. Now let's take a look at the rest of the cards Justin sent.

Crime Dog! Nice variety here, with the '93 Black Gold insert (bottom center) always being a favorite. I really want Topps to bring back this design for an Archives insert. I think it would go over big. 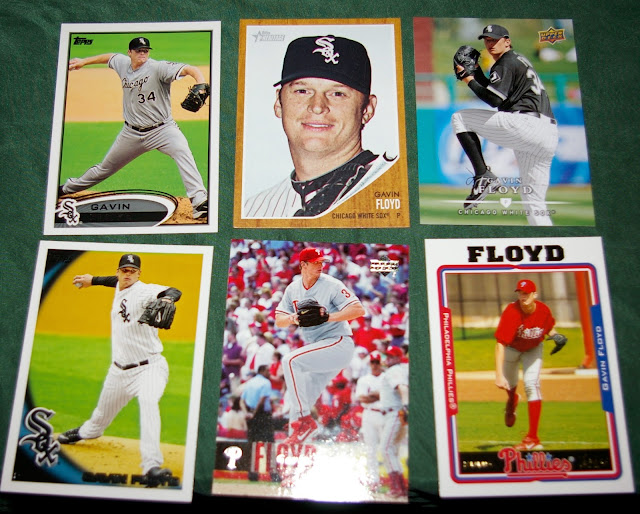 Good bunch of Gavin Floyd cards. The news these days for Mr. Floyd isn't good. He had signed with the Indians in the offseason, but then re-injured his elbow in spring training, and looks like he could miss rest of the year. Bummer! Get well soon, Gavin. 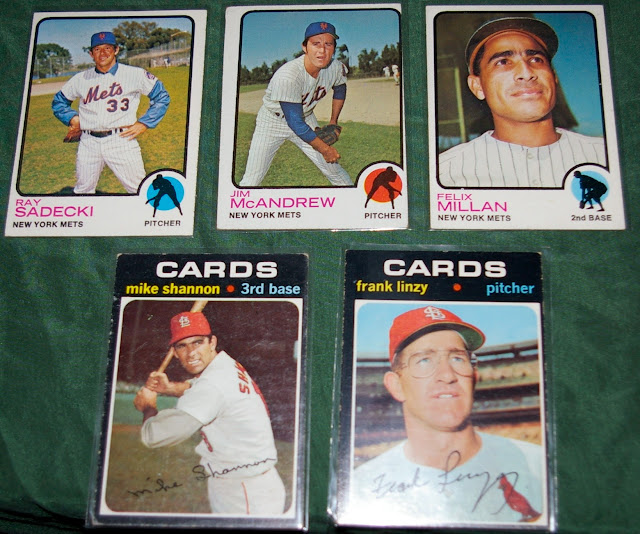 Justin hit both vintage sets I'm currently working on. As you can see, Mets Cardboard sent me some Mets cardboard, and also some Cards cards. Now that's synergy. 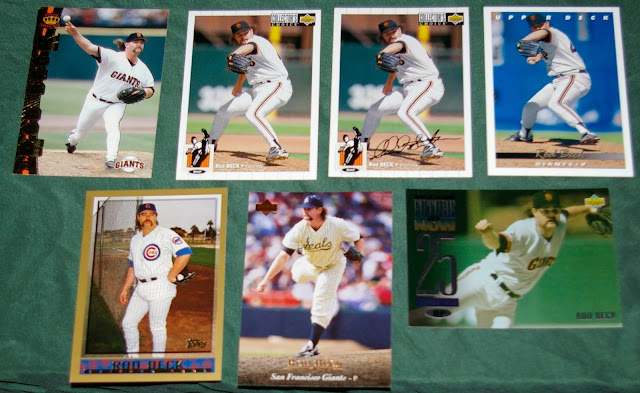 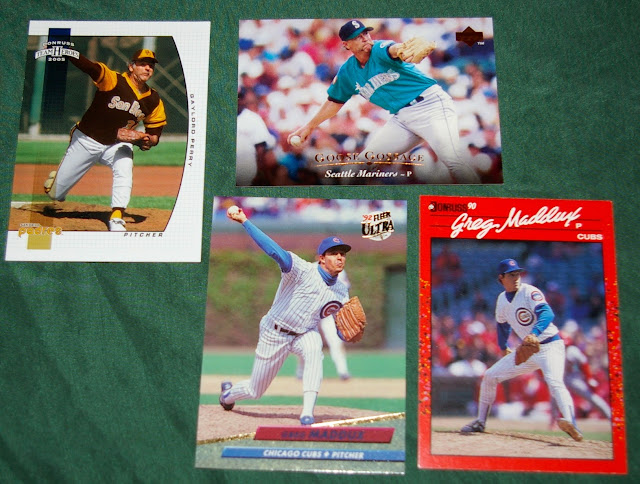 Here are some HOF pitchers who all spent a few years in San Diego. Cool seeing Goose in the unfamiliar Mariners uniform from the final stop of his career. 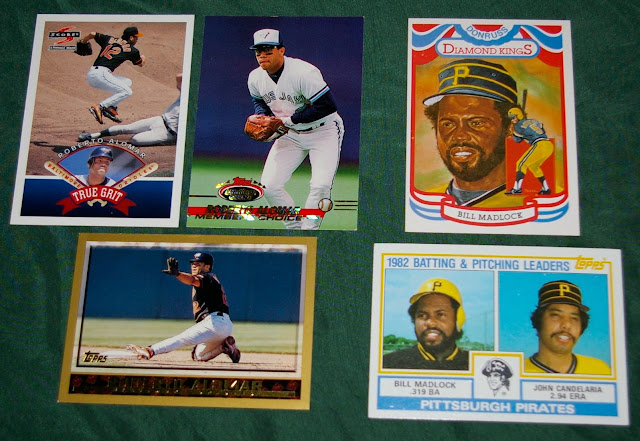 Finally, here are some Robbies and Madlocks. Good stuff!

Thanks again for the trade, Justin!
Posted by defgav at 3:52 PM