Today's the first birthday Tony Gwynn wasn't around to celebrate. He would have been 55. Everybody misses the guy.

I'm gonna whip up a quick, disjointed Gwynn post in his honor.

Here's the first Gwynn auto I ever got: 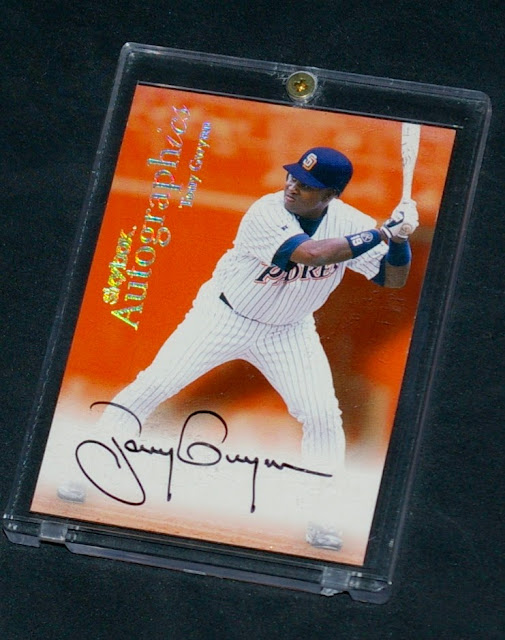 Nice card! What's funny is that the card took a brief Hawaiian vacation before arriving: 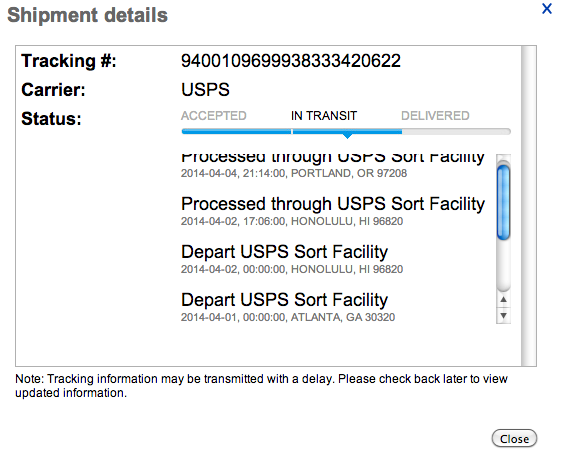 I thought it was so bizarre that I took a screenshot of it, which has been sitting in my "tabled images for the blog" folder for over a year now. As you can see, for some reason, the postal service sent it from Atlanta over the sea to Honolulu, then back over to me in Portland. Ooooo-keeeey!

Tony himself was no stranger to Hawaii. Let's use this as an excuse to again post one of my all-time favorite cards I've got: 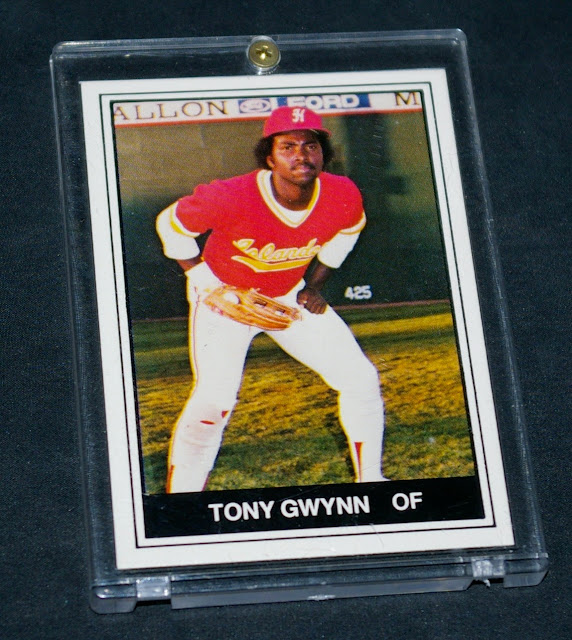 I believe this is his only true minor league card. From back on his days playing for the Hawaii Islanders. It was one of the first "big money purchases" I made after returning to the hobby as an adult. Just thinking of the possibility of owning this card as a kid would have made my nose bleed and fingers tingle. But looky, now it's mine!

Another Gwynn/Hawaii connection for me personally is I was standing in the security-check line at the airport on my way to Hawaii to get married last year when I received a text from my ol' buddy Doug telling me Tony Gwynn had passed away. Wow, talk about an emotional week for me.

And the past week or so has also been an emotional Gwynn-related experienced. It's another case of the postal service jerking me around with a Tony auto. But this time, there hasn't been a happy resolution. Here is a current screenshot of the tracking number: 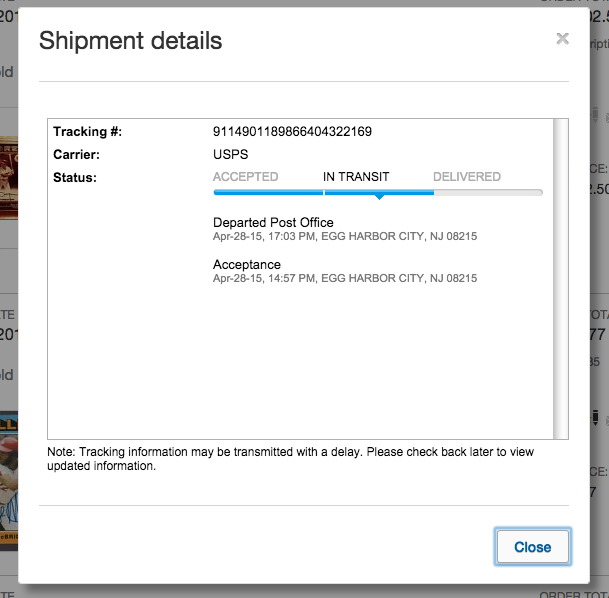 I've seen that box probably over a hundred times over the past 10 days or whatever. I keep hoping for an update.. but only radio silence. Where's my Tony Gwynn?! Fu*king Egg Harbor City and their post office. What a dumb name for a city! Egg Harbor City. More like Dip Shit City whose postal service are incompetent. I really wish the damn eBay seller would have ponied up the couple extra bucks to send via Priority Mail. The post office seems to respect Priority packages a lot more. They arrive quickly, and don't seem to get lost or damaged nearly as often as First Class and the like. I'm sure I wouldn't be in this jam had he sent it Priority. And the Gwynn auto is one that very rarely appears on eBay, so it's not like I'm just like, "fine, give me a refund and I'll go get another one." No, I can't!

Grrr. Hopefully it all works out and the card arrives. But at this point, it doesn't seem likely.

Sorry to get all negative here. I forgot we're supposed to be celebrating Tony.

Here's the other certified auto I've got: 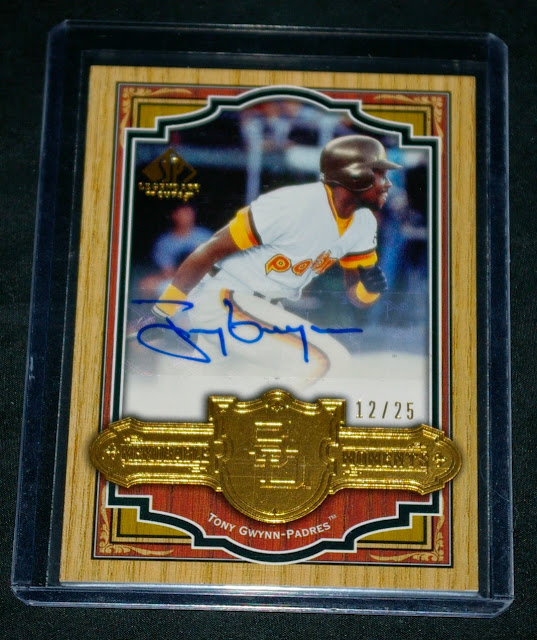 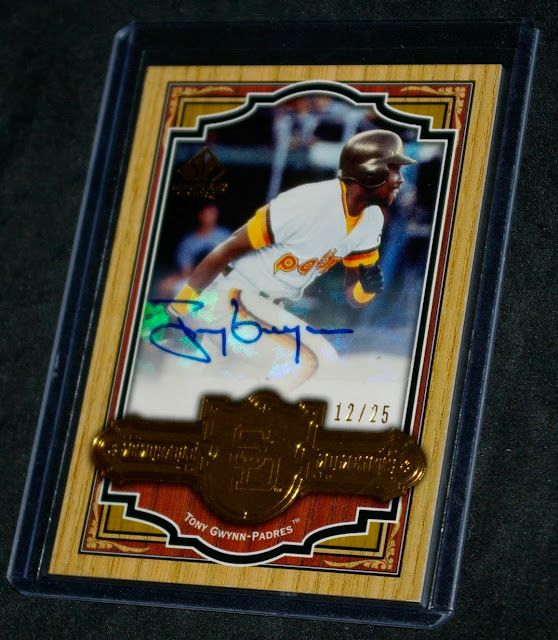 Love it! Would have been perfect if only it was on-card.. but still cool even with a sticker. 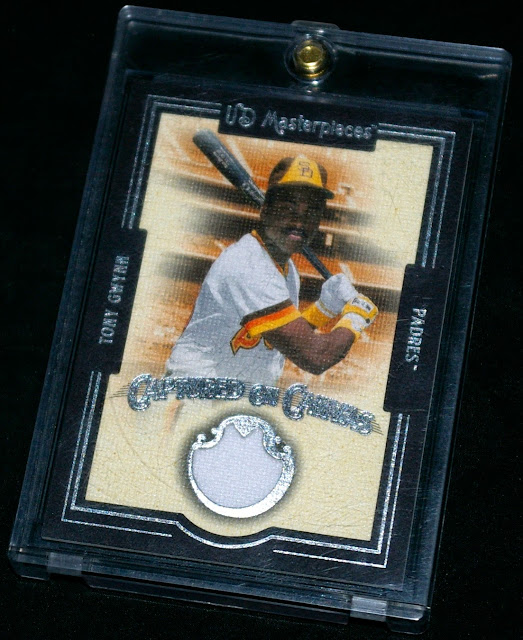 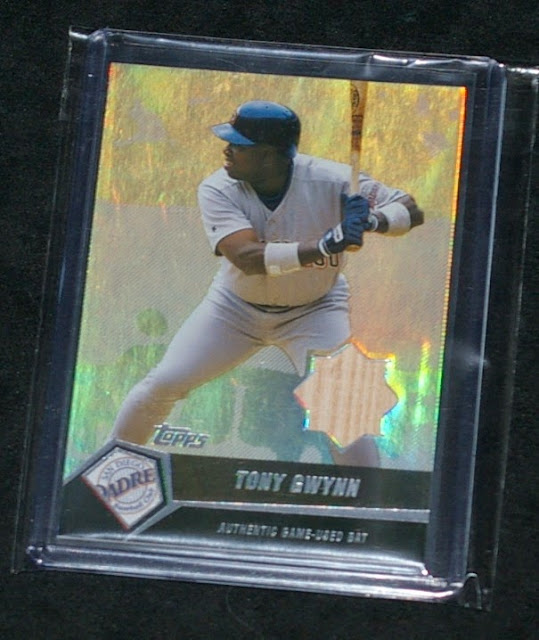 Finally, here's a non-certified auto. My aforementioned pal Doug bought this signed '89 Score card at the local card shop back in the early 90s. It got traded to me somewhere along the line. It's pretty cool. 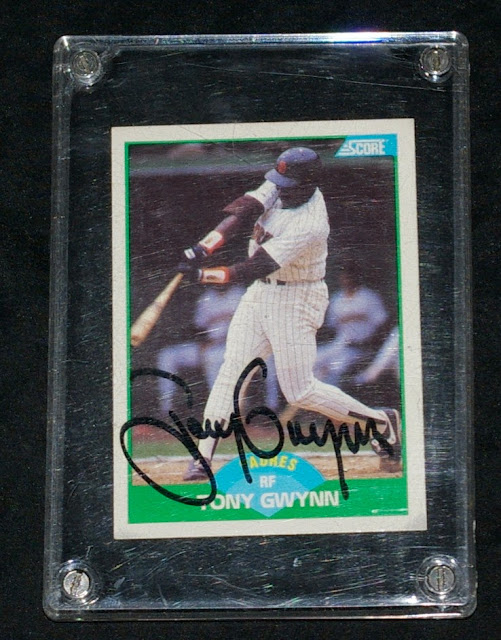 I guess I misspoke when I said that SkyBox card at the top was my first Gwynn auto, since I forgot about this guy. Seems legit.

Happy posthumous birthday, Tony! We love you.
Posted by defgav at 10:21 AM