A look into the card box from childhood

I've summarized my collecting history plenty of times on the blog before, but I tend to favor that repetition above saying it once and assuming my readers have read it and will remember it in perpetuity. But yeah, I originally went head over heels for baseball cards in 1990 (middle school). I chugged along pretty hard until mid 1993 when high school interests such as girls and music drew my attention away. Then I boxed up my cards in the garage and forgot about them for 15 years (well, I didn't forget about them, they were just in hibernation). Then in late 2008, I started shedding stuff in anticipation of moving from San Diego up to Portland, OR. I picked out a shoebox or two worth of my favorite cards, with the remainder getting sold in a big lot on Craigslist for like $40 or something. Then a few years later, I got back into the hobby and here we are.

I've now surpassed my original length of collecting with my current run, which is kinda weird to think about. While most of my "original run" cards are still segregated apart from my main collection, I think I'm ready to go ahead and integrate them out among my PCs and such.

But before I do that, might as well get a post out of some of the more interesting cards in there! 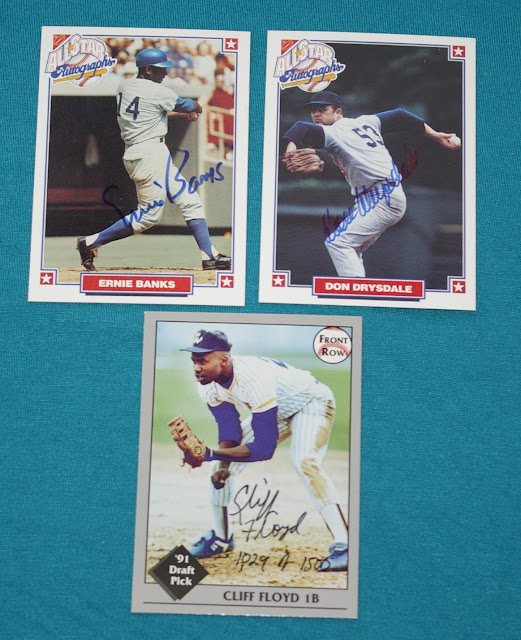 Certified autographs were just picking up steam back in the early 90s. The Ernie Banks and Don Drysdale Nabisco autos are pretty awesome for a kid's collection, and they're still a couple of my favorites today. I actually had 2 each of them, but gave away the dupes in a contest here a year or two ago. I've always liked the Cliff Floyd too, and it was cool he went on to a solid MLB career while I wasn't collecting. 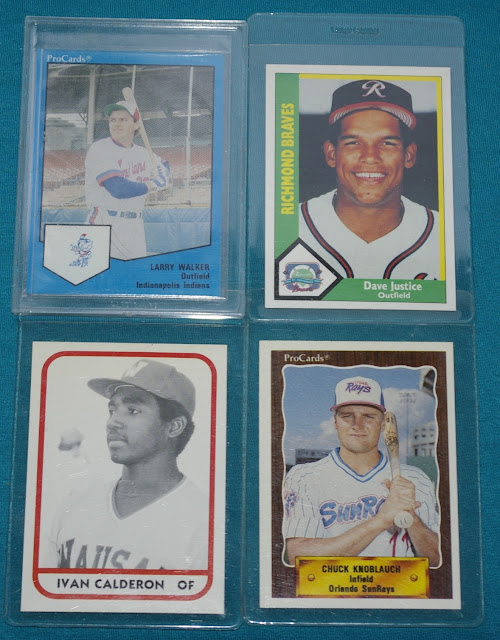 I was big into minor league cards back then. These were a few of my favorites at the time. Today, I still like the Larry Walker a lot, but the Justice and the Knoblauch are just "meh" for me. I used to really think the Calderon card was something special, as I didn't have many minor league cards from the early/mid 80s.. but then I learned it's a reprint that everybody has. 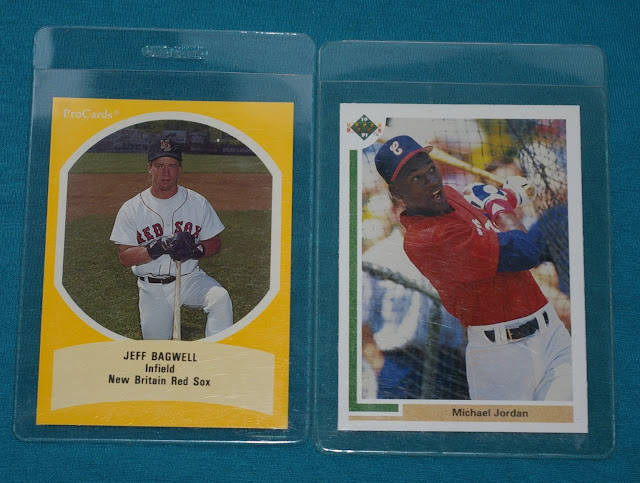 Another one of best minor league cards with that Jeff Bagwell from a AA All-Star team set. That Michael Jordan SP1 baseball card from 1991 Upper Deck was one of my best pulls ever. It was a pretty hot card back then. 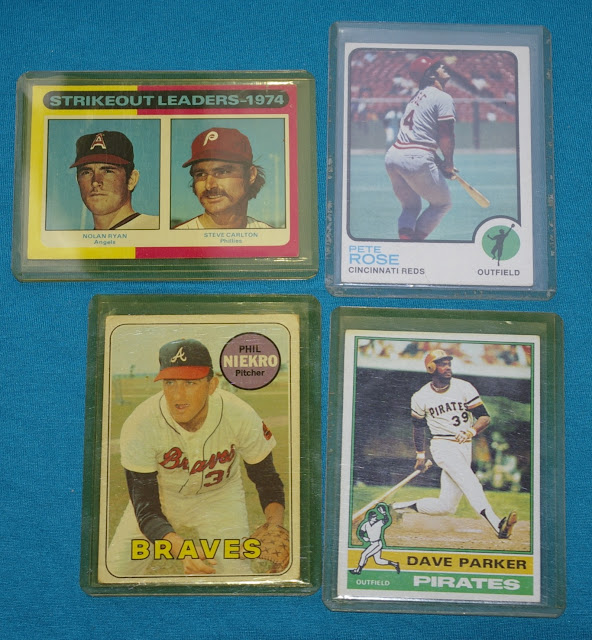 Some vintage highlights. That '73 Pete Rose is the controversial card that I got by trading my Super Mario Bros. 3 cartridge for and was a laughing stock in my middle school for that deal. But I think I got the last laugh; I can play Mario 3 on my computer anytime I want for free, and I've still got that sweet Charlie Hustle card, too. 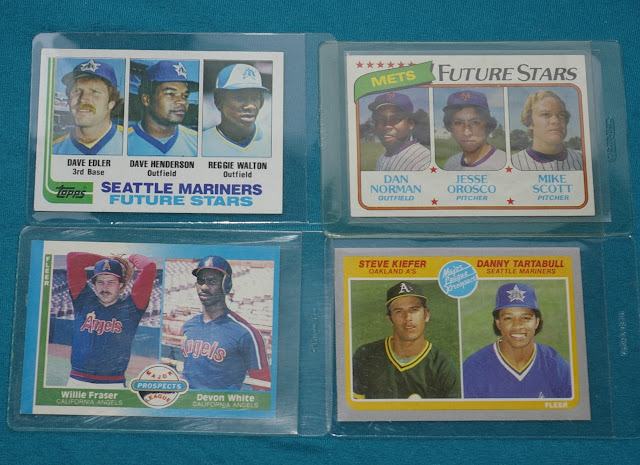 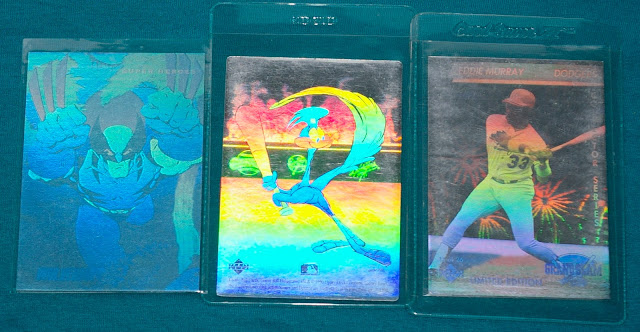 Of course, like all kids, I loved holograms too. I remember these 3 cards being super hot for a while back then. Now they're kinda dumb (no offense, Eddie Murray). 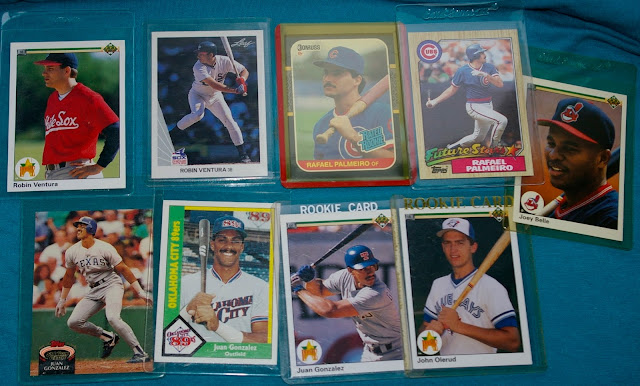 Every collection from the 90s is going to have a ton of "busts" in it. These above cards probably all topped $10 each in their prime, now you can likely find them in dimeboxes. 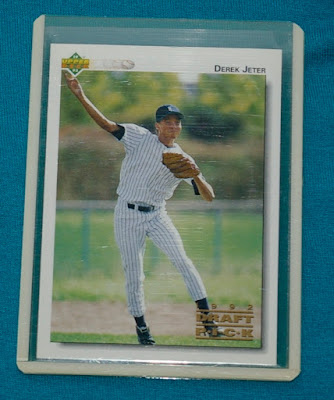 Let's close it out with this one. I ripped several packs of 1992 Upper Deck Minors back then. This is a card I never gave a second thought, just another prospect I never heard of. Years later, going through my collection, I came across it and did a double take. Turns out a had a sweet early Jeter card for over a decade without realizing it. It's not a super valuable card or anything, but still pretty cool to realize you had. Like finding a $20 bill in your pocket you had no recollection of putting there.

That's it for today. Thanks for reading. And thanks to everybody for the big response to yesterday's "Pretty Girls" post! Seems to be my most popular post of the year so far. That was a fun custom set to put together, and I'm glad people were interested in checking it out.
Posted by defgav at 4:05 PM