The blast of TTM requests that I sent out mid January have been continuing to trickle in, much to my delight. Recently, returns from guys named Ron came back on consecutive days.

I'm no stranger to a custom Ron Cey card, him having been included in my 2015 Cardsphere Heroes 9-card set. But after learning that he's a dependable signer, I had to whip up a special custom for him to slap on some ink for me. 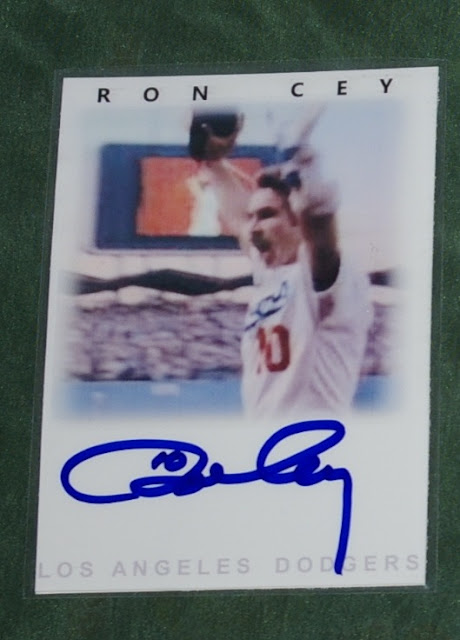 The triumphant image is from his way back to the dugout after he hit the big home run in Game 3 of the 1981 World Series, which turned the tide for Los Angeles and helped them bring home the WS trophy. 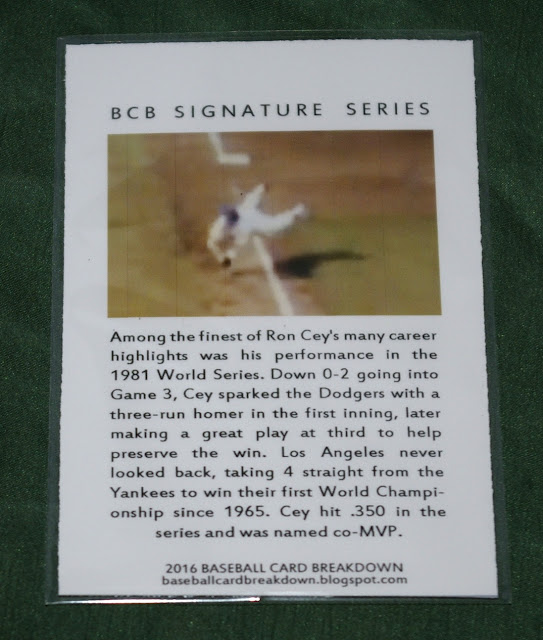 The blurry pack pic is of his webgem from Game 3.

Mr. Cey was kind enough to sign 3 of these customs for me. One has already been delivered to the esteemed Mr. Night Owl. One is for me to keep. And I've got one more available for trade.

The other Ron to be nice enough to return my autograph request was Ron Gant. I loved Gant as a kid when I first got into baseball, watching plenty of Braves games on TBS back then. His 1990 season was incredible, and while he never quite cashed in on his HOF potential, he still had a long, solid career. It was a joy for me when he joined my hometown Padres for a year and was a bright spot to watch on the disappointing 2002 team. 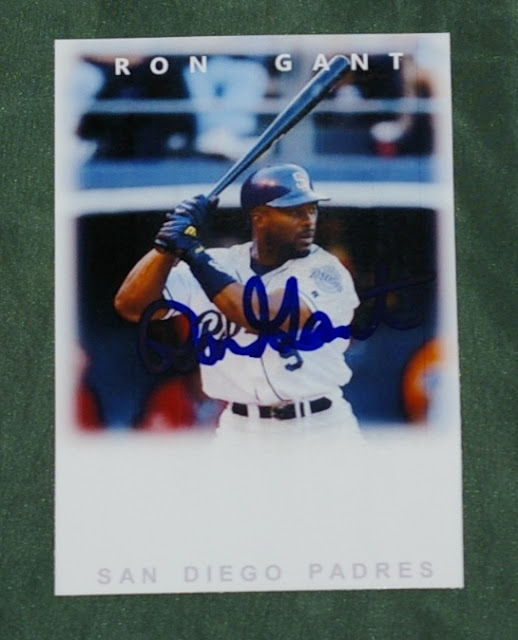 I'm pretty sure Gant doesn't have any certified autos from his San Diego days, so I made one, like with the Cey, in the style of 1996 Leaf Signature Series. I would have preferred he signed in the "sweet spot" of the card, rather than in the photo area, but I'm not going to complain. Mr. Gant was kind enough to sign promptly and without a fee (sent via the TV station in Atlanta where he currently works co-hosting a morning show), and I'm grateful for it. 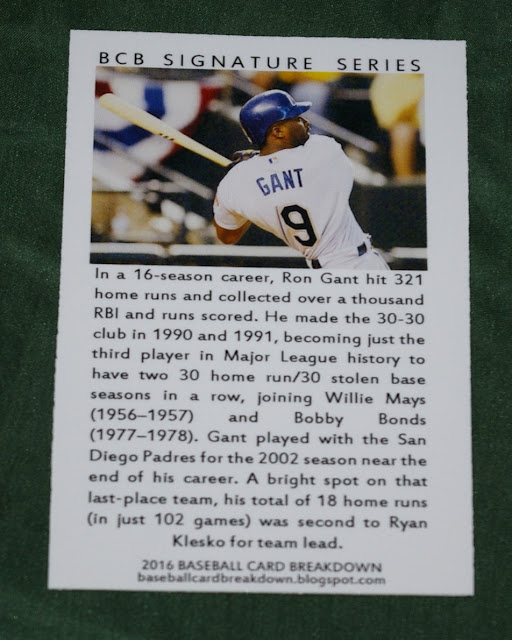 The back turned out nicely.

I also threw in a second card-- not a custom this time, but a dupe I had on hand of 1993 Upper Deck, easily one of the best sets from the junkwax era. 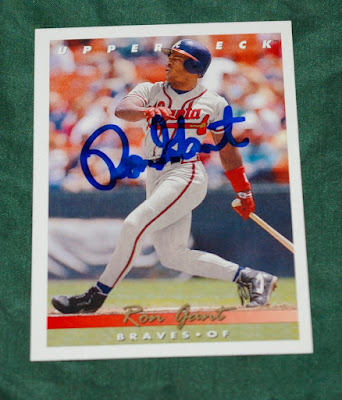 Big thanks to Mr. Gant and Mr. Cey for taking a moment out of their days for me!
Posted by defgav at 4:19 PM