shaking out a contest winner

Thanks to everybody who entered my 700th Post contest. Here's the lineup of entrants, first in alphabetical order:


That's 59 guys, plus 3 bonus entries. And here there are in a randomized order.. 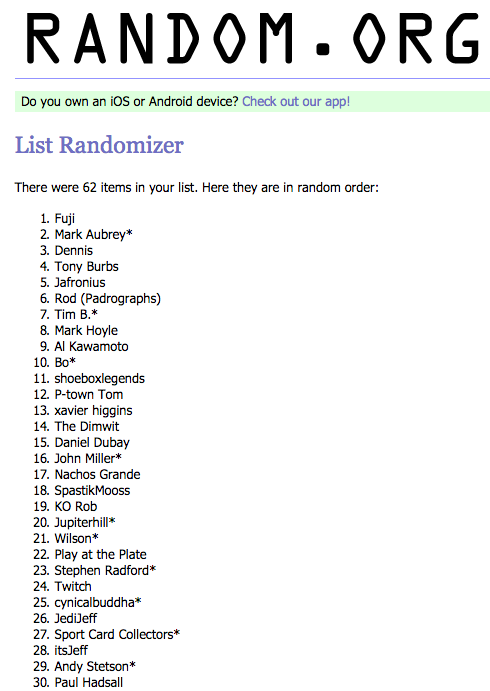 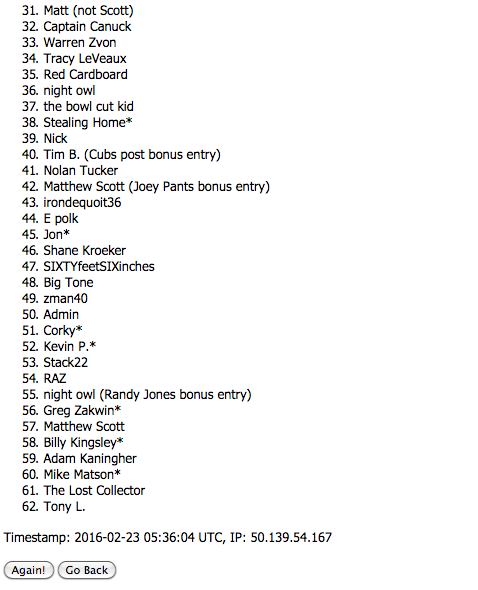 Usually to randomly find a winner, I'll use the results of an upcoming baseball game, but games haven't started yet and I don't have the time to screw around, having just started this new job that doesn't afford me the "screwing around" time I used to have, so I'm going to announce #1 Fuji as the winner, as selected by random.org. Congrats, Fuji!

I'll do the "second chance" drawing next post, which will be between all the guys with an asterisk after their name.

Thanks again to everyone who entered. As someone who often takes it hard when I lose a contest, I feel your pain. If it really breaks your heart to miss out, I could probably sell you an unsigned Boggs custom for a few bucks, and then you can send it to Boggs with a little donation and hopefully get it signed by him yourself. Just email me if interested.

Now howbout a card to feature in this post? I recently knocked another 2004 Topps Retired Refractor of my wantlist. 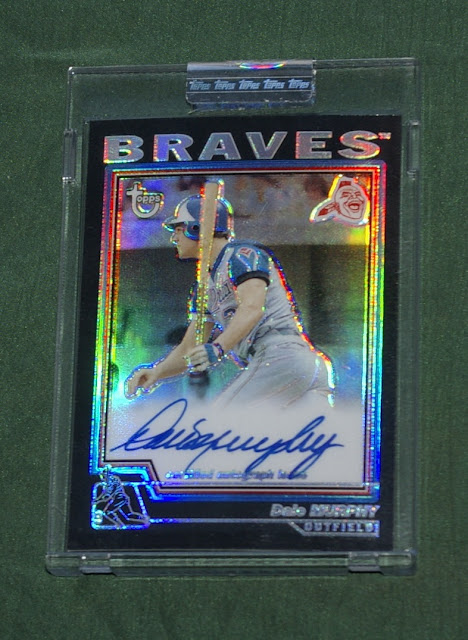 Gotta give it up to Dale Murphy. Back to back MVP 82-83 and by all accounts a good guy.

Great looking card and takes me one step closer toward my #1 collecting goal of getting all 76 of the 2004 Retired refractors. Once I finish that, all my other collecting pursuits will just be gravy!
Posted by defgav at 8:02 AM