Some huge hits in the latest trade roundup

Let's check out the cards that've shown up at my place over the past week or so.

Man, this first package from Wes at Jaybarkerfan's Junk blew me away. You probably know he recently set up a #Supertraders group where a team collector from each of the 30 MLB teams can get in on lots of groupbreaking action and other cross-trader hook-ups. It's a great idea, and I'm sure it'll be a big hit for all involved. Unfortunately for me, I'm not really a team collector, rather a player collector whose interests are sprinkled throughout both leagues. While I could have jumped in for the Padres, it wouldn't have felt right, as the vast majority of cards I received wouldn't mean much to me. For every card I wanted (Gwynn, Cashner, Kemp, autos, etc), there would be a stack of the likes of Yonder Alonso and Kyle Blanks that would overflow my for-trade box.

So I'll be watching the super-trading from the sidelines. But God bless him, Wes didn't want me to be sad and left out, so I dropped a jaw-dropping batch of cards on me. 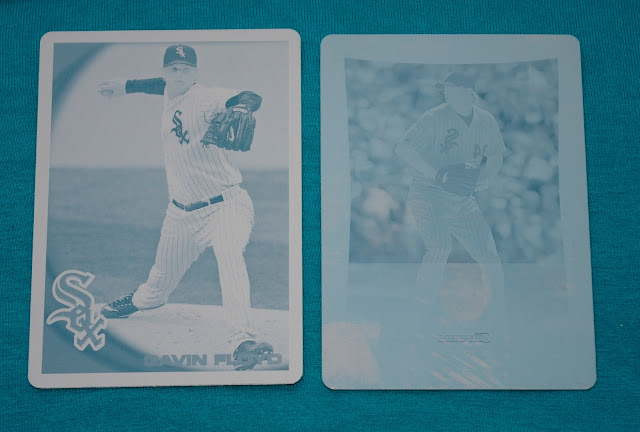 Not one, but two Gavin Floyd printing plates! I think this is the first time I've ever gotten a plate from the cardsphere. (I take it back, I did trade for a Bip plate from ARPSmith before, but I think these are the first "blind trade" plates I've gotten.) Just wow! I think these are also my first Floyd plates and 1/1s. These are definitely impressive additions to my biggest "Gavin" PC. 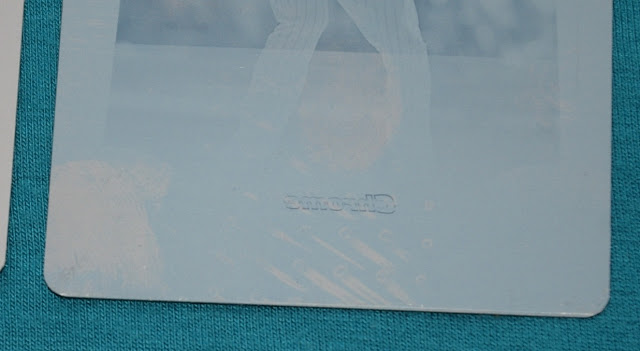 Let's take a closer look at the wear on the Bowman plate. Always cool to get a plate with some "battle scars" on it. Looks like there are also a couple fingerprints from the worker at Topps who decommissioned this plate. 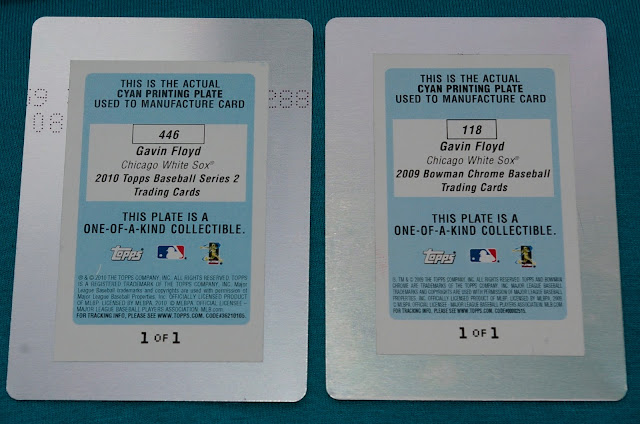 Speaking of Gavin Floyd and the color blue, he recently signed on with the Blue Jays for the 2016 season. I was glad to see him go to a contender, and hope he's able to come back strong and stay healthy for Toronto. 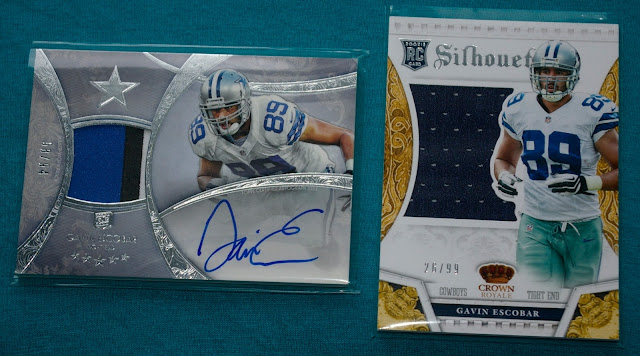 Wes kept the Gavin love going with a couple sweet hits of Gavin Escobar. These are both damn cool. 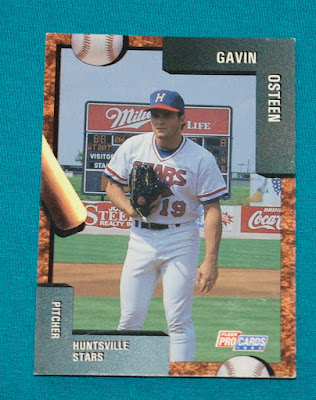 Another Gavin! This time, it's a needed minor league card of Gavin Osteen.

And lastly from Wes... 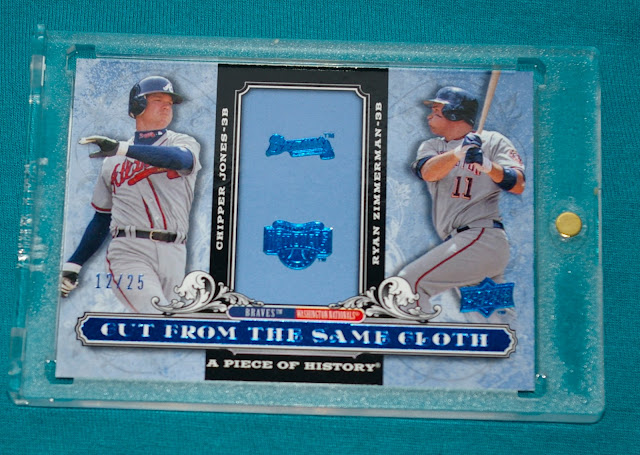 Whooo boy! A Christmas Card featuring Chipper Jones and Ryan Zimmerman! I know Wes is a big Braves fan, so to part with the low-numbered Chipper just proves that there is no more generous trader out there. Incredible! Thank you so much, man! I don't know how I'm going to repay you for all this stuff, but I'll do my best. Please, please speak up if I post any trade bait you want or if any of my customs catch your eye or anything.

While it'd be a tough order to follow a trade package like that, I got a couple more incoming mailings to show off that are pretty nice in their own right.

When I posted about my Ron Cey TTM success and mentioned I had an extra signed copy available for trade, Mr. Stealing Home from All Trade Bait All The Time spoke up making his intentions known and I was happy to send it to him. Here's what I scored in exchange. 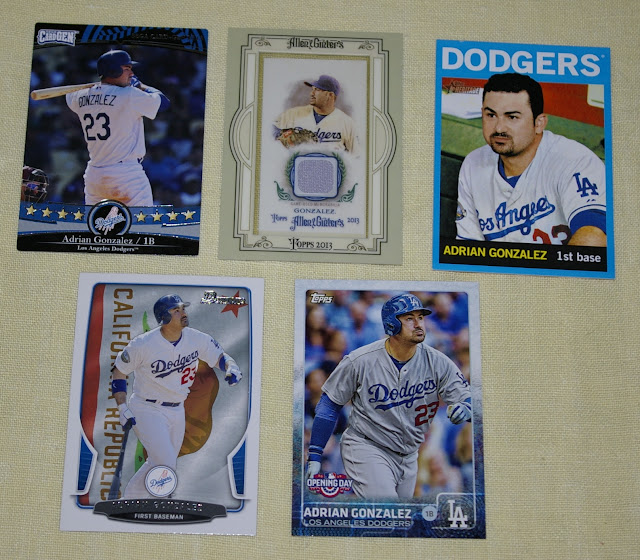 A great selection of Adrian Gonzalez cards, highlighted by a Sega CardGen and a A&G mini relic. Very cool! 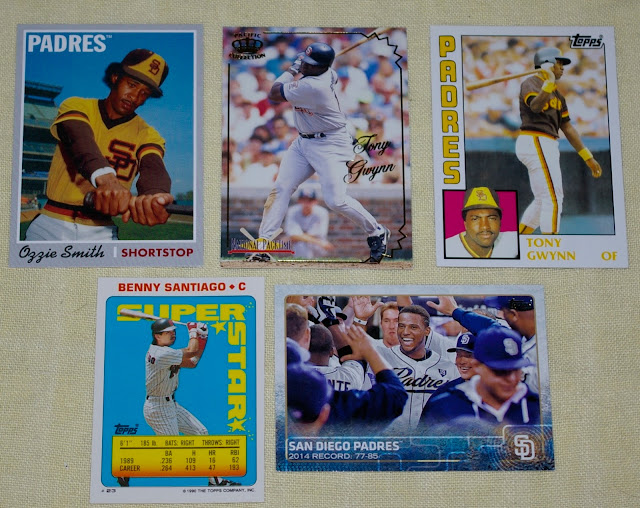 Some Padres. Love that Ozzie. The '84 Gwynn is a 6o Years of Topps insert. And the package is rounded out by a couple Steve Carlton cards and a couple Mariners.

Great stuff.. thanks for the trade, Oscar!

Tony L. and I have had a good thing going for a while now. I dig up Brewers for him and he hits me back with misc oddballs, Padres, and the like. His latest mailing definitely didn't disappoint. 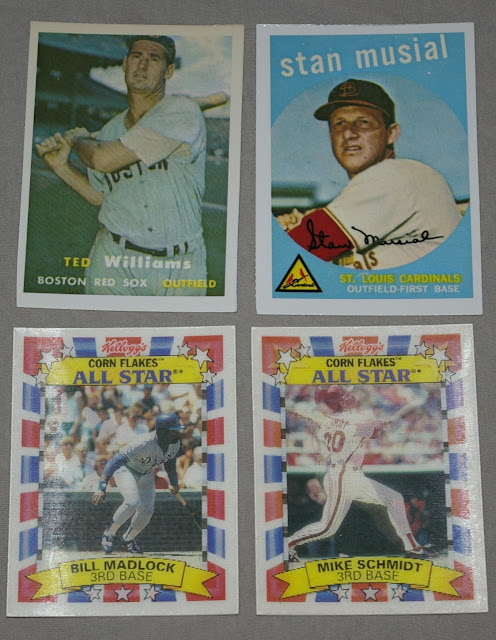 The top 2 cards are oddball reprints, while the bottom 2 are from Corn Flakes. Gotta love 'em. 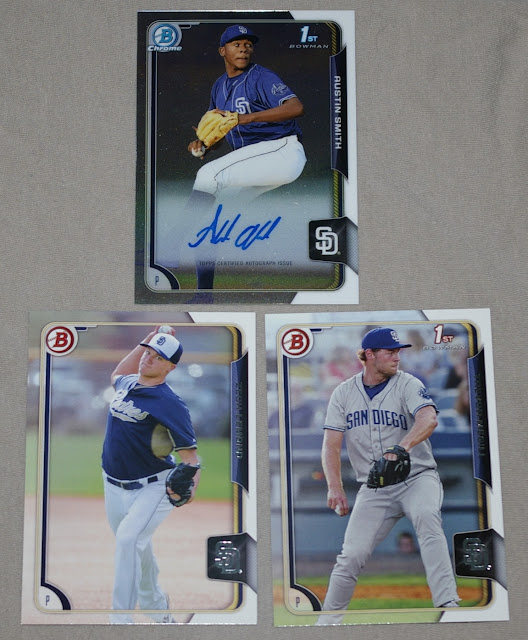 I don't know anything about Austin Smith, but when I saw Tony pulled a Padres prospect from a box and it was up for grabs, I spoke up for it. 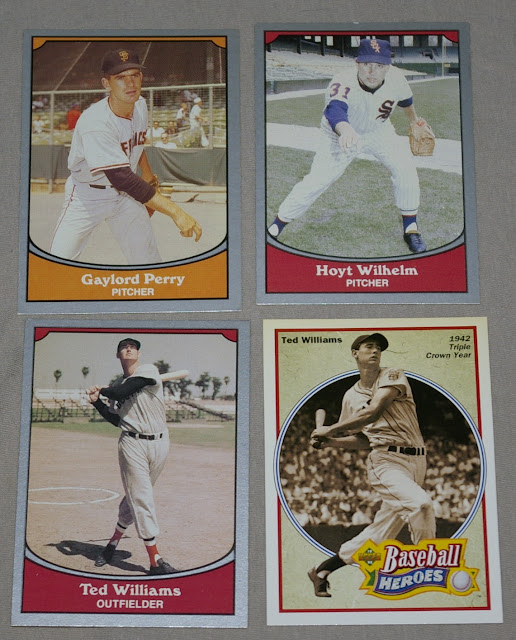 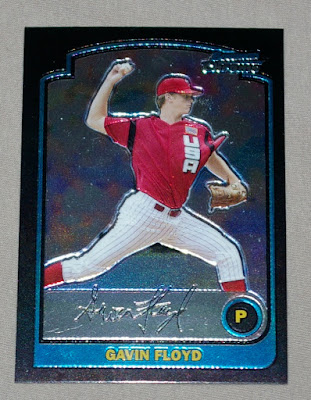 Gavin Floyd makes another appearance thanks to this needed Bowman Chrome USA card. 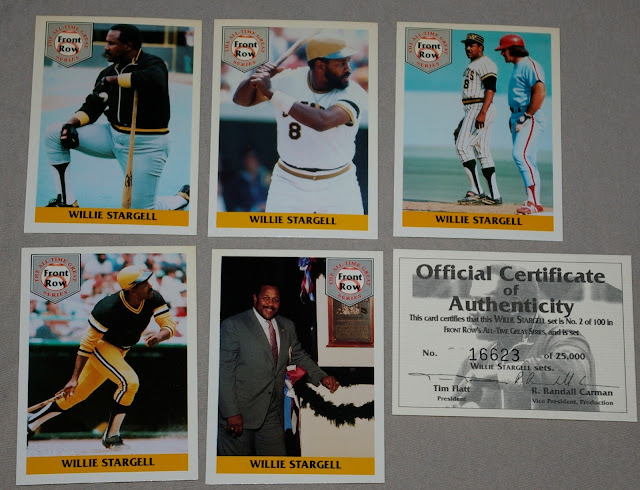 Willie Stargell Front Row set! Nice. I have the autograph card, but didn't have the base 5-card set.

Even a couple Stargell dupes (oh wait-- these aren't dupes; they're promo variations, marked by big "PROMO" watermark text on the back!) plus a Tom Seaver. 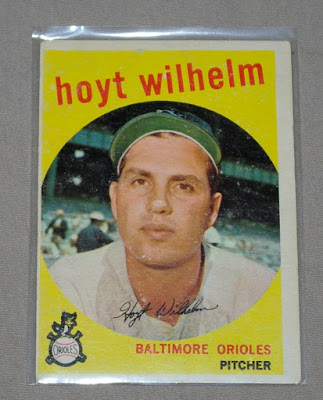 The highlight of the package might be this great-looking 1959 Topps Hoyt Wilhelm. It's a nice upgrade over the beat-up copy that was in my PC.

Thanks a bunch, Tony! I've got a stack of Brewers I'll mail out to you shortly.

And big thanks again also to Wes and Oscar!
Posted by defgav at 4:19 PM