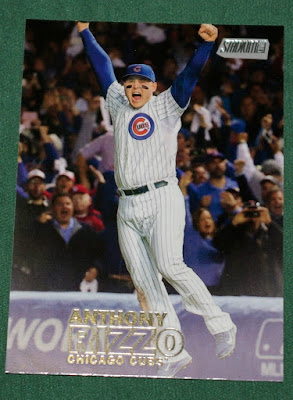 I'm totally down for the Cubs to finally win it all again. My mom's side of the family is old-school turn-of-the-century Chicagoan, so I've got it in my genes. Call me a bandwagon jumper if you must, but I'm carrying the torch for the family name from a long line of Cubs fans. If I were to list my allegiances, my hometown Padres would be first of course, but the Cubs would be right there fighting for second. It's too bad my grampa didn't live long enough to see Chicago finally get back to The Series in either league (he passed in '03), but I gotta think he's smiling down, anxiously awaiting the outcome of the 2016 World Series.

I also watched a lot of Cubs on WGN back in the early 90s when I first fell in love with baseball. Loved listening to Harry Caray and Steve Stone.

(And condolences to my Dodger-fan buddies, Night Owl, gcrl, and Stealing Home.)

(And all that said, I won't be heart-broken if the Indians win, as they've been waiting a long time too, though I don't have any personal connection to The Cleve. So really for me, this WS is a win-win.)

While it was a few hours prior to the NLCS-winning game, my card show haul this past Saturday was heavy on Cubs cards. It seems like nearly half of the dudes I trade online with these days are Cubs fans, so if I came across a good Cubbie, onto the pile it went!

But first, some for me. 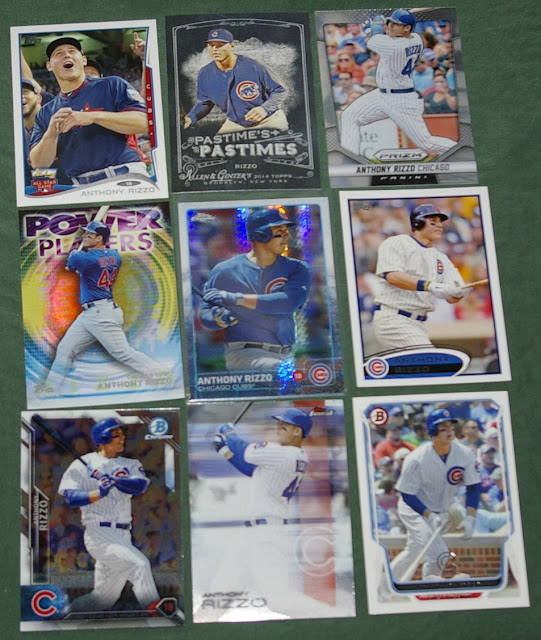 Mark it down. October 22, 2016, not only the day the Cubs finally won the pennant again, but this was the day I officially added Anthony Rizzo to the list of guys I collect. I resisted for a long time-- partially bitter at my Padres for trading him away for an inadequate return-- but dang it, he's just a great guy as well as a great player, and so I reluctantly had to finally make him a guy I collect. Sorry, Cub-collecting buddies of mine, but going forward I'll be hanging onto my unique Rizzo cards. Most of these were plucked from a dimebox, besides the centermost fishfractor, which was among a 7 for $5 lot.

But don't worry, I'll still be looking out for Cubbie trade bait. In fact, the rest of this post features cards which are up for grabs. (And don't none of you call dibs on all of them unless you've got a damn fine card to offer me in return! Gotta spread them around some.) 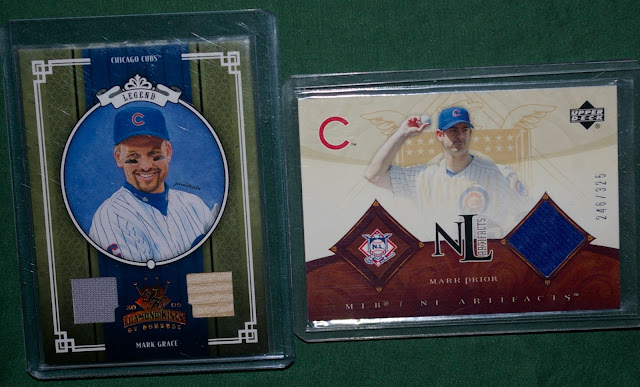 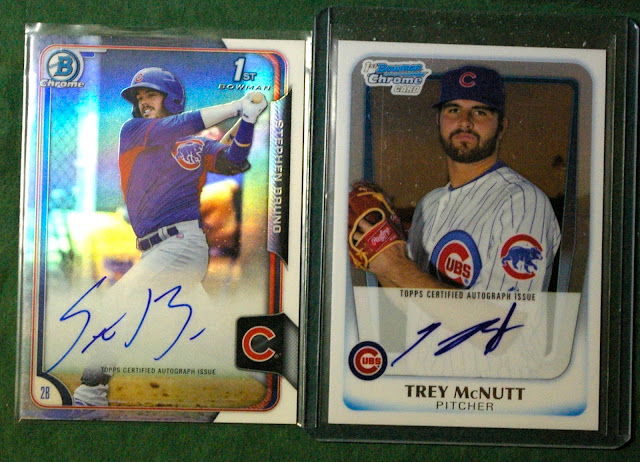 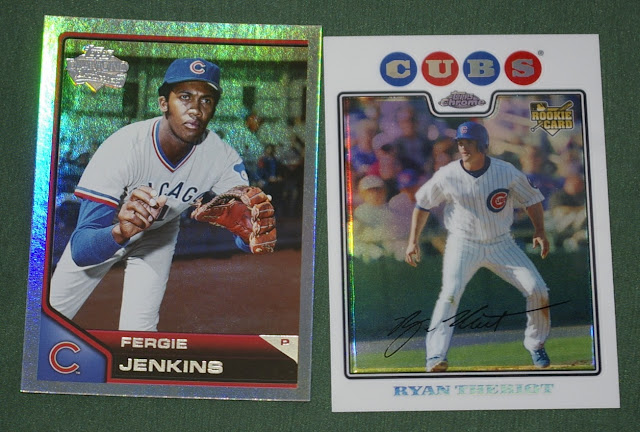 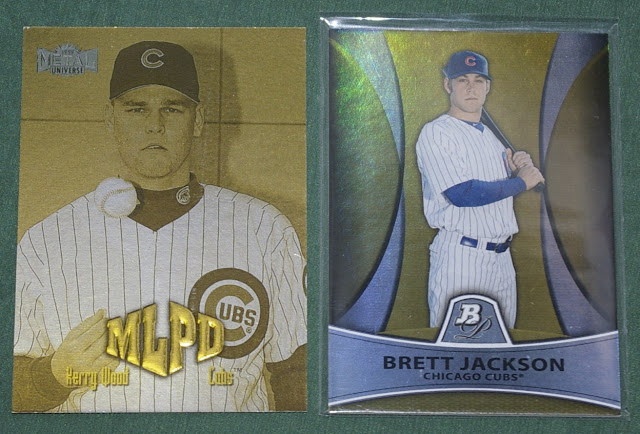 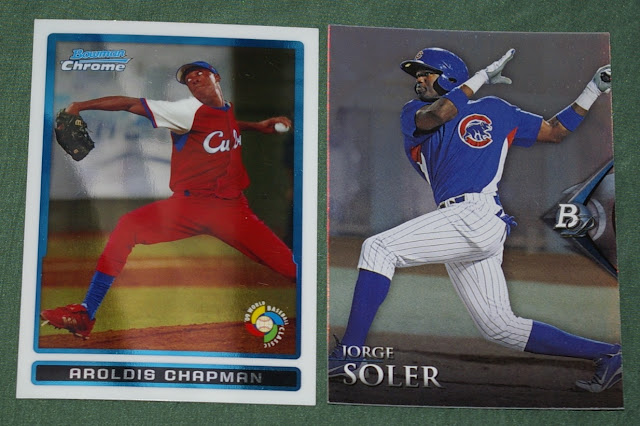 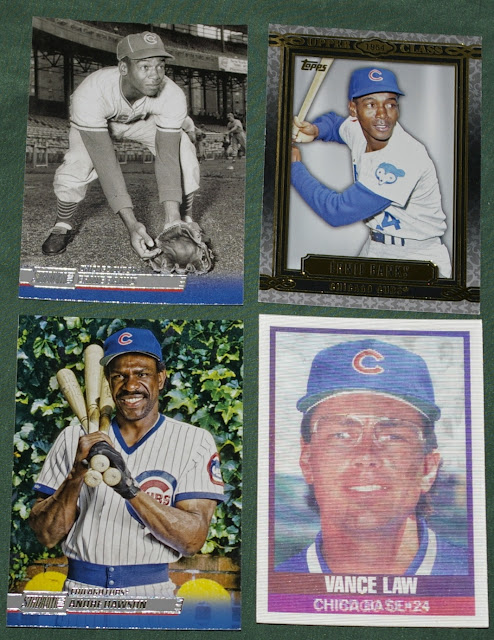 Again, besides the Rizzos, these are available for trade.

Congrats again to the Cubs and their fans! Best of luck against Cleveland.
Posted by defgav at 12:25 AM