Step inside my sapphire dream


This trade post has a soundtrack by Lucy's Fur Coat, a 90s alt rock band from San Diego who put out a couple pretty good albums, but never quite hit it big. I now think the line in the song above is "stuck inside my sapphire dream" but I always heard it as "step inside my sapphire dream" and I've long thought that'd make a good title for a post if anyone ever sent me a sapphire parallel. Well, it finally happened!

These cards are all from an excellent package I received from P-town Tom over at Waiting 'til Next Year last week. 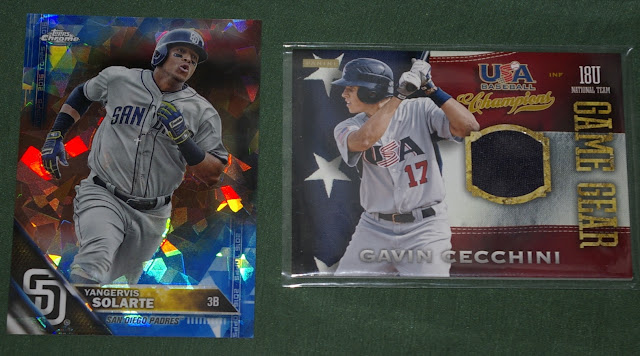 That's a beautiful Yangervis Solarte, my first card from the 2016 Topps Chrome sapphire parallel set that I think was an online-only thing, only available as a super expensive complete set, right? And there's also my first ever relic of Gavin Cecchini.. very cool!

The Lucy's Fur Coat song "El Cajon" is probably the best song written about my hometown. --ok, it's the only one that comes to mind. But it's a good one. 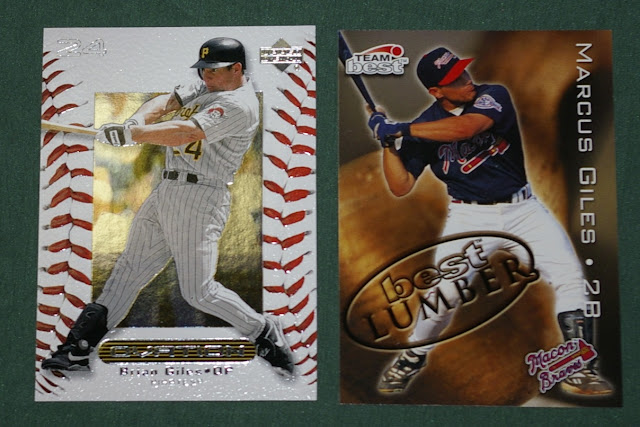 The Giles Brothers also hail from El Cajon. Happy to get these two PC additions.

Here's a song about smoking weed. 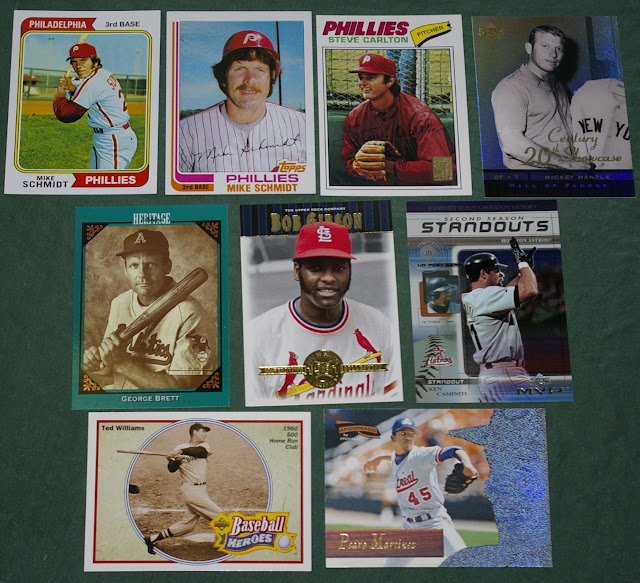 And to go with the drugs song, here are a bunch of players from back in the day when drug testing wasn't as prevalent as it is today. Mantle was no stranger to popping greenies, Caminiti rode the PED train hard in the late 90s, and I bet most of these guys from the 60s and 70s puffed on a doobie once in a while. (Sorry if I'm reaching to pair songs to groups of cards, there aren't a ton of quality LFC videos on YouTube.)

Here's a full show filmed at my favorite venue in San Diego, the Casbah. I never actually saw Lucy's Fur Coat live, unfortunately. They were broken up during the heyday of my concert-going days, and after they reunited, I never got around to seeing them. Bummer. The singer is known for his crazy dancing, evident in the first minute of that video. This show features several of my favorite songs that I wasn't able to otherwise work into this post, so if you dig any of the other videos, you might want to check it out.

Here's a song called "Stretched Out". 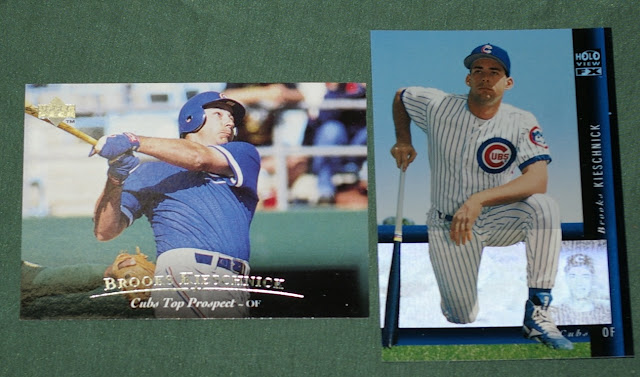 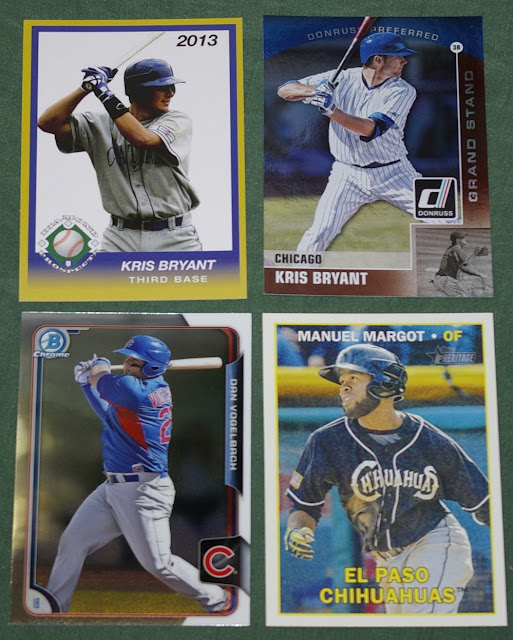 Kids play with squirt guns, and here are some kids.. or young men, at least. Looks like Tom (a huge Cubs fan) had a couple sweet Kris Bryant dupes to share. Hey, tough loss in Game 1 last night. Best of luck evening things up tonight!
The Vogelmoster got off to an inauspicious start to his major league career in Seattle, with just a lone single to show for 13 plate appearances at the end of the season. Let's hope he cranks it up in 2017.
Manuel Margot was a bit better, hitting .243 in 10 games for the Padres. Happy to add this 2016 Heritage Minors card to my small but growing collection of his cards.

"Treasure Hands" might be Lucy's Fur Coat's most popular song. I remember it got pretty good airplay on 91X, San Diego's alternative station, back in the day. 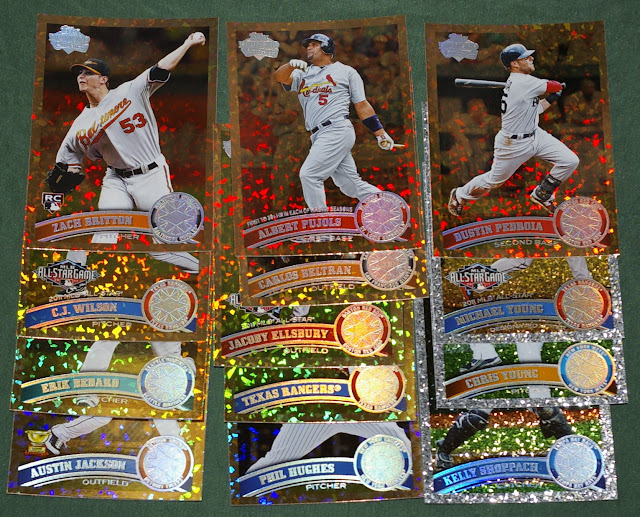 Treasure typically sparkles. And so does this treasure trove of sparkly 2011 Topps parallels. Some good ones in here, such as a Zach Britton RC, plus big names Pujols, Pedroia, and Beltran.

I'm now at 19.94% complete with this parallel frankenset. Coincidentally 1994 was the year Lucy's Fur Coat's debut album came out, the one with "Treasure Hands" on it. Neat!


Well, I hope ya'll checked out at least a song or two and enjoyed this musical trade post. Shoutout to Tony L. for being a master of the format.

Thanks again to P-town Tom for the awesome cards. While he said he wasn't looking for anything in return, just trying to clear out his tradebox, I've got a couple Kerry Woods and some Cubs customs that I'll send over soon.

Oh, one last thing I hadn't thought of till now, the name Lucy's Fur Coat is a play on "Lucifer's Goat". Goat? Crap, did I just jinx the Cubbies?! Nah, I ain't afraid of no goat! Go Cubs!

Thanks for reading. Keep on rocking, guys.
Posted by defgav at 3:42 PM