Here's another box from my recent splurge of unopened product.

Yesterday I featured a box of 2014 Panini Prizm Draft. Well, here's some yin to go with that yang. 2016 Panini Diamond Kings. Both logoless, but DK aims for more of a vintage feel, so less shiny than Prizm, and obviously there are more recognizable names here than the draft pick product.

The first thing you need to know about Diamond Kings is the cards smell like damp ground after a fresh rain. That's kinda cool, I guess.

I got a blaster of 2016 DK a few months ago, but I still had a lingering hankering to bust a hobby box, hoping for something cool. So let's see how I did. 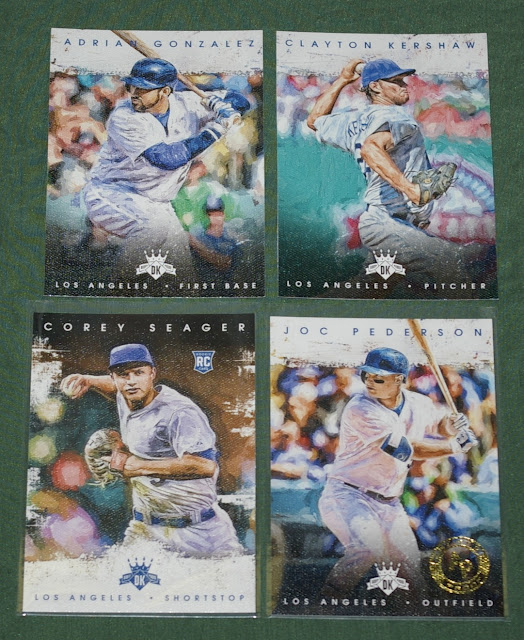 Let's kick it off with the winners of yesterday's big playoff game. I'm rooting for the Cubs, but credit where credit's due. Really I'm just excited that no matter who wins at this point, it's a team that hasn't won in a long time (especially with the Jays on the ropes). The Joc is an Artist's Proof parallel #'d /99. 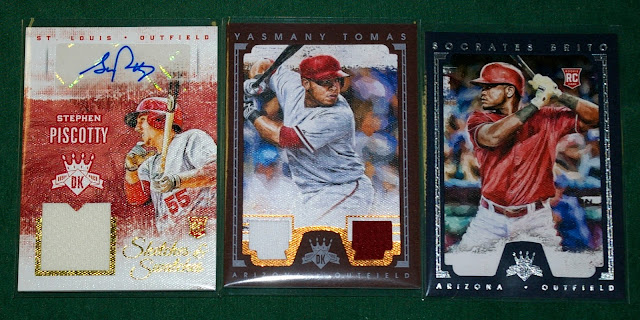 My 2 promised hits left something to be desired. Stephen Piscotty is a decent pull, I suppose, and this relic/stickergraph is #'d /99. And this would have been a good box for a D-backs fan.. The Yasmany dual relic is #'d /49 (would have been cooler if they had slapped an auto sticker on it). And the black framed Socrates Brito is /99. 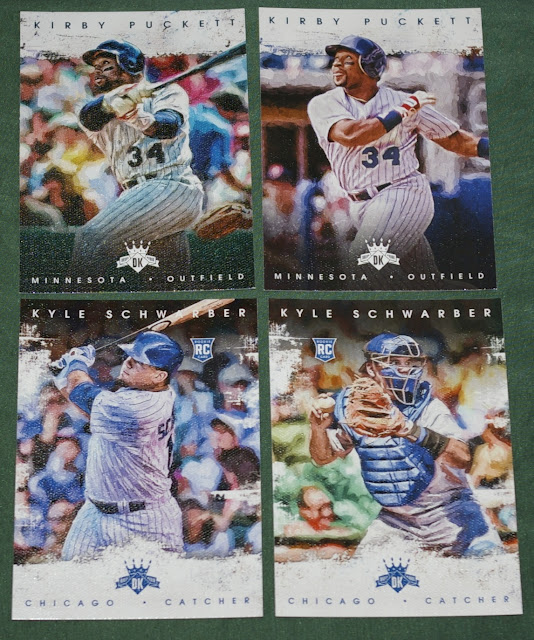 The pointless photo variations are kinda lame. Set collectors must hate this product. Same numbering on the back of each pair. Is one of these rarer than the other? No way to tell. I'm not gonna bother googling to try to find out. 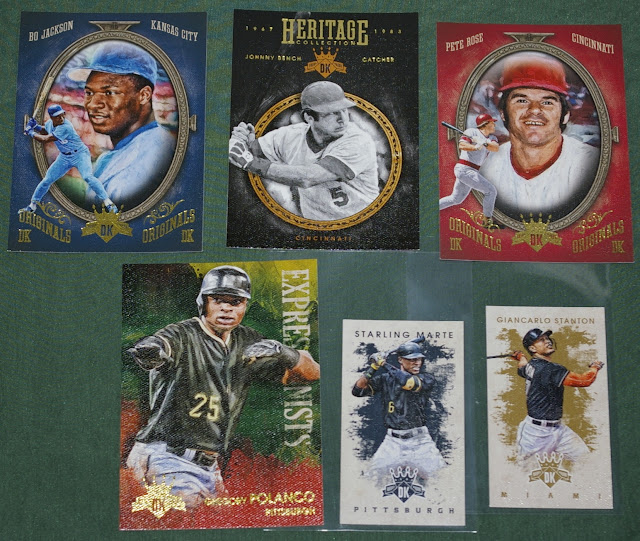 Some decent inserts. And my luck pulling Pirates continues, as the lowest numbered card of the box was the Starling Marte mini, #'d 7/25 on the back. 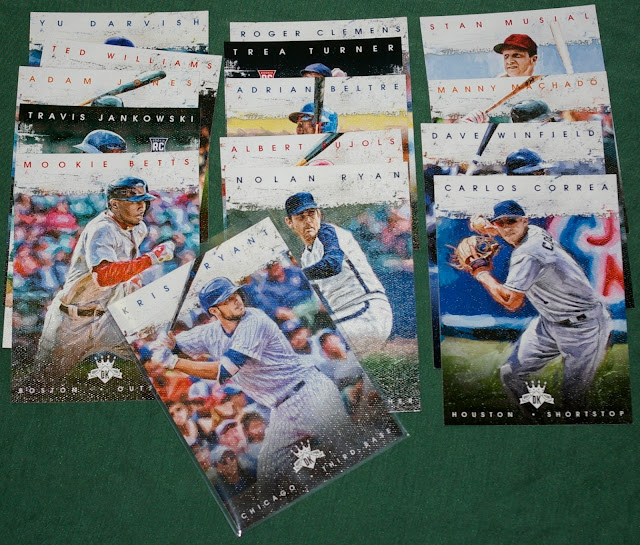 And a few other keepers.

That was a fine box, I guess. But I definitely feel like I got my fill of DK this year now, and don't plan to pick up any more unless maybe if it's a screaming deal.

Thanks for stopping by.
Posted by defgav at 2:16 PM