Rolling the dice on a couple high-end boxes

I recently treated myself to a big order of a few boxes of cards from Dave & Adam's.

I took a shot on a box of 2016 Archives Signature Series, fully expecting to pull somebody like Jeff Conine or Carlos Baegra. Imagine my surprise when I actually hit a pretty good card.. 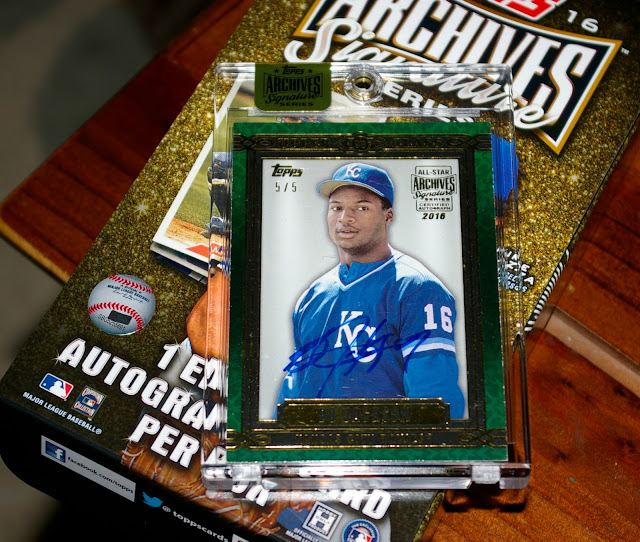 Bo Jackson! The buyback is a 2014 Topps insert and it's numbered 5/5. Bo is a guy I've kinda collected forever, though he's never really been one of my top-tier PCs. But I'm extremely happy to pull this card and provide a clear highlight for my modest collection of the two-sport legend. 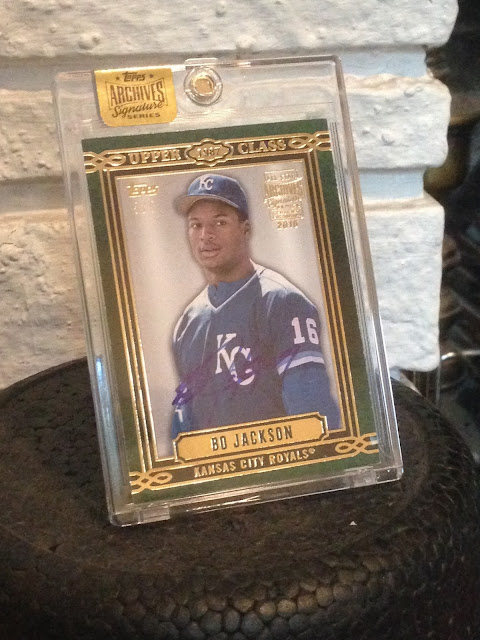 Glad I took a chance on this product and was able to beat the odds. That card could easily pay for the box if I wanted to sell it.

But I also bought a box of 2015 Topps Five Star, and was not nearly as lucky there. 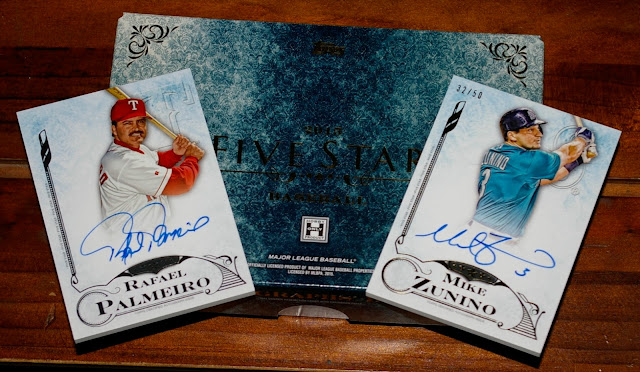 Cue the sad trombone. Rafael Palmeiro has HOF numbers, but the PED stuff and finger wagging turned everybody off. Collectors have kind of come around on the other big steroid guys from the era-- autos of Canseco, McGwire, Bonds, and Clemens still fetch decent prices-- but not Palmeiro. His autos are quite cheap.

And Mike Zunino is a backup catcher with a sub-Mendoza career batting average.

That's it; those 2 cards. Pissed away a good chunk of change on that box. Luckily I opened it first, then the Archives Signature box right after, so Bo cheered me up.

Raffy and Zunino are available for trade if anybody wants them.

Some more (less exciting) boxes to bust here, but I'll save them for another post.
Thanks for visiting.
Posted by defgav at 2:43 PM