Topps lost and confused at the 2016 All-Star Game

All the gimmicky error variations purposefully put into Heritage, yet the real errors in flagship go by uncorrected. These days, I think it'd take a full-on "fuck face" situation for Topps to bother correcting an error. When was the last time there was an error card that wasn't just left uncorrected?

Anyways, here are a couple unintentional errors in 2016 Topps Update.

Poor Matt Wieters. He finally concedes and signs with Topps, then they punk him like a bitch immediately. 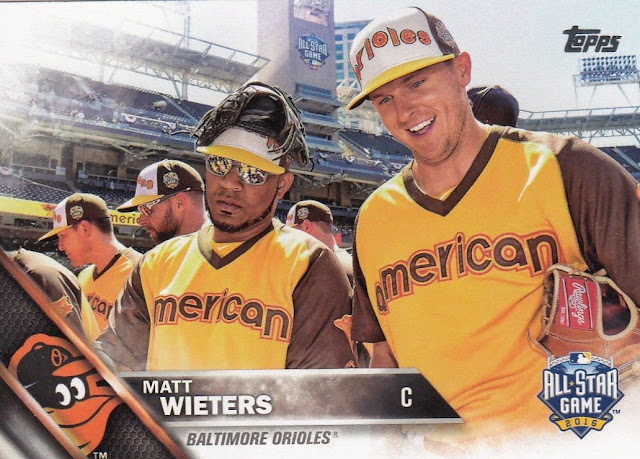 That's not Matt Wieters next to Edwin Encarnacion. I believe it's Brad Brach.

I'm sure everytime a kid hands Matt this card to sign, he'll regret his decision and curse Topps' name. 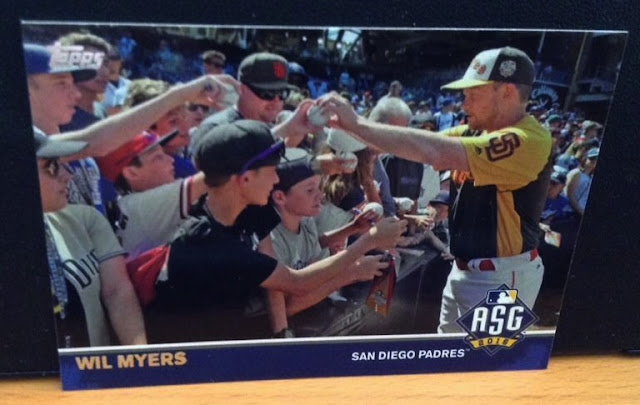 Not sure who that is, but it definitely isn't Wil Myers.
(Update: thanks to Marcus for the heads-up that it's actually Padres manager Andy Green.)

I get that the brown and gold uniforms are distracting, but come on. Have somebody to proofread the cards who actually knows what players look like. Getty mislabels photos sometimes, so you can't just blindly take their word for it. Step it up, Topps!

Update: Kerry pointed me to the Getty pics which are also mislabeled. Here and here. So while this is originally a Getty Fail, it's also a Topps Fail for not catching the obvious mistakes.

p.s. Maybe I'm hypersensitive to Topps Fails today because I received a Topps Vault order and got the wrong card (bought a Gavin Floyd 1/1 and instead received Dillon Gee.. Grrrr.. not cool!)
Update: They've been cool about a return/exchange, so I should hopefully end up with the correct card soon.
Posted by defgav at 9:28 PM

Email ThisBlogThis!Share to TwitterShare to FacebookShare to Pinterest
Labels: Fail