Football cards from the card show: No Billys allowed

I don't really search out football cards, but sometimes I stumble across them and end up picking up a few, which is what happened at the recent card show. Many of them were NY Giants cards (stocking up for future trades with Sport Lad) and other teams that trader buddies of mine collect.
But I did grab a few for myself, and I'd like to show them to you here now. 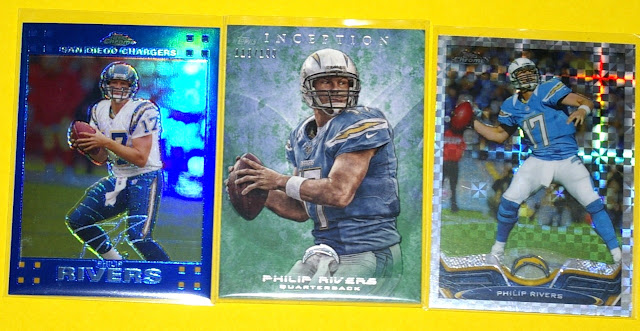 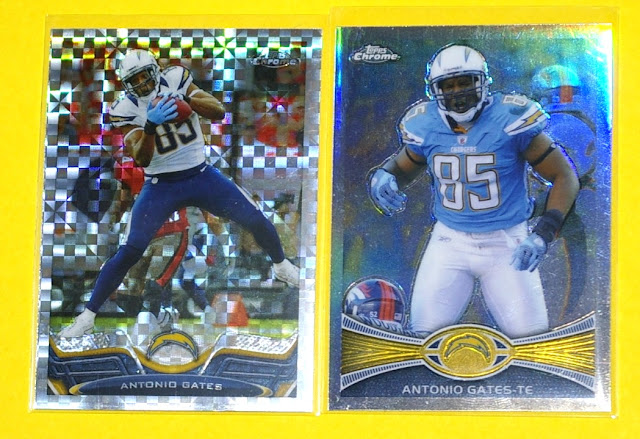 To give you an idea of the type of Chargers fan I am, I have no idea if Antonio Gates is still with the team or even active in the NFL. 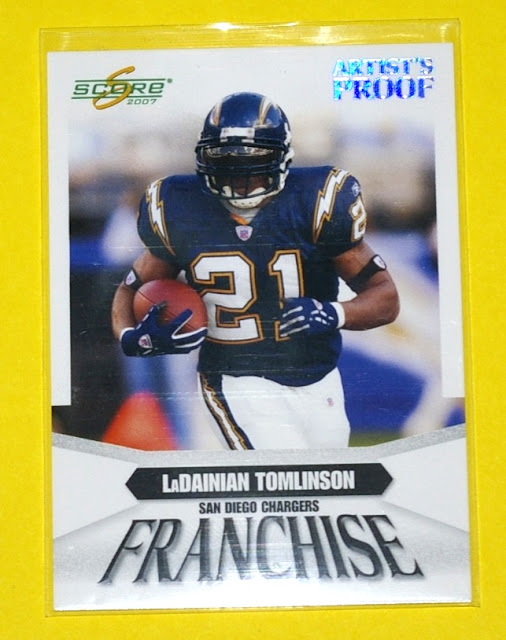 This might be my best pigskin find of the day, LaDainian Tomlinson Artist's Proof. 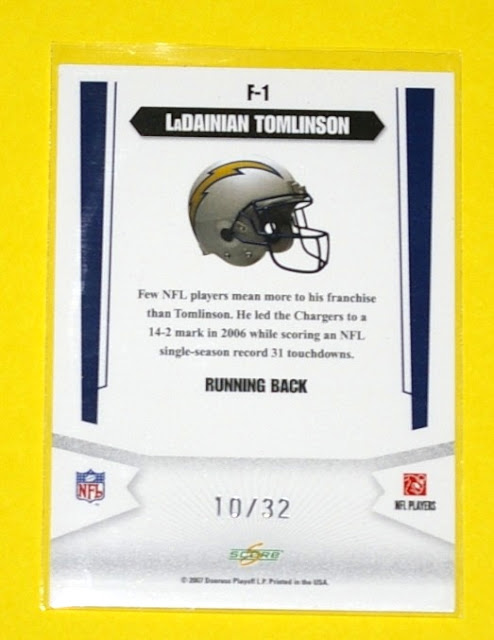 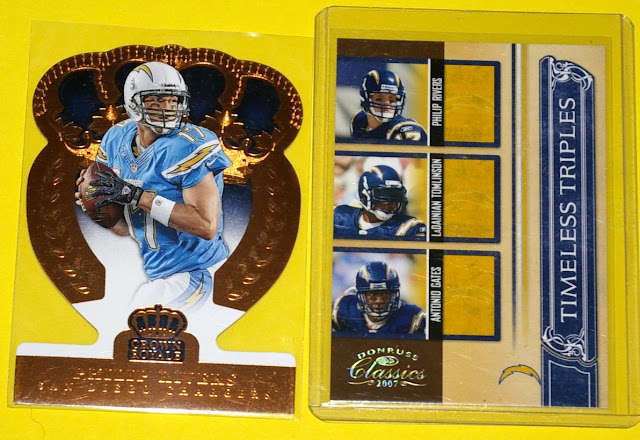 Here's another Philip Rivers I forgot to include in the earlier photo. And the Timeless Triples card fittingly includes all 3 guys featured in this post so far. It's #'d 17/100 on the back.

Now we're past the Chargers portion of the post and onto the running backs with local ties to me. Reggie Bush (went to the same HS district as me), Marshall Faulk (same college as me), and Marshawn Lynch (Seahawks are the closest thing I have to a local team these days). I should have taken the Faulk card out of the old toploader, as it doesn't look very good in the photo. But it's a kinda-neat diecut that's numbered /150 on the back. 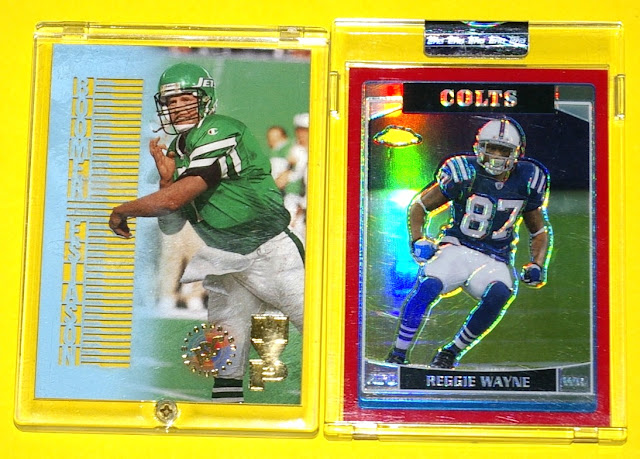 I don't collect Boomer Esiason or Reggie Wayne, but these were a couple cool cards that caught my eye, so I threw them on the stack. Boomer's got some crazy lasercut action going on, while Reggie is a red refractor #'d /259. 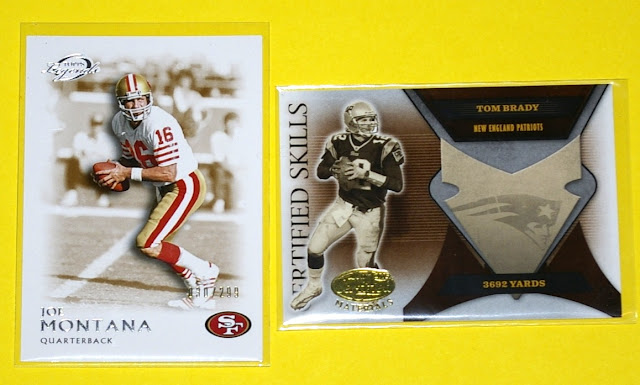 A couple all-time QBs here. Montana #'d /299 and Tom Brady #'d /750. The Brady might look like it's a relic of Satan's guitar pick or something, but no, it's just the (flat) design. (Oh man, guitar pick relic cards would be sweet! I should totally make custom relic cards for the couple of concert-used guitar picks I own. Don't let me forget about that idea.) 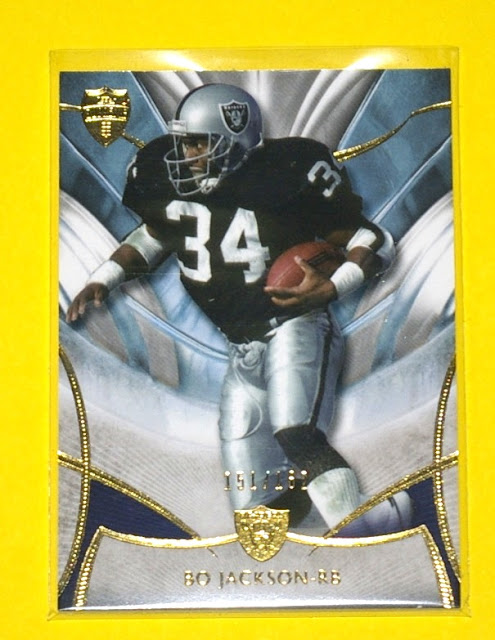 Let's close with a /162 Bo Jackson. After pulling an auto of him last month, and then watching the 30 For 30 You Don't Know Bo documentary on him on Netflix, I feel like stepping up my li'l Bo PC a bit. I think John Miller was asking the number of cards in it so far. It's not much.. just about like 25 or so.