I hardly ever have the foresight to plan out a post for a special day in the future, such as featuring a player on his birthday. But I had been thinking of doing another Retired Refractor Review post today, and this morning I saw a tweet from Mark Hoyle that it was Luis Tiant's birthday, so that helped me decide on a card for today's post and I snapped a few pics before heading out to work. 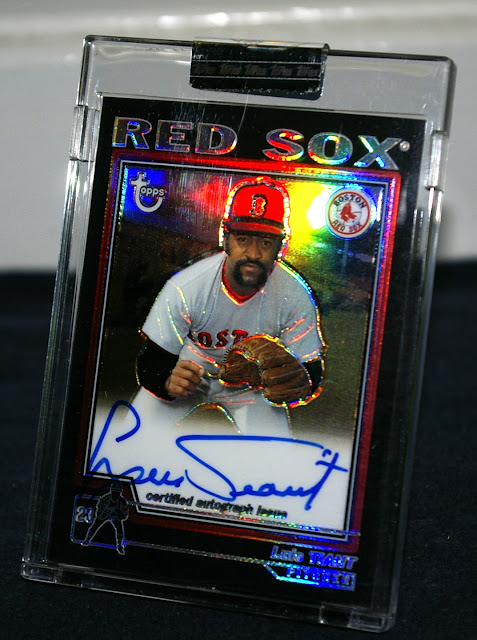 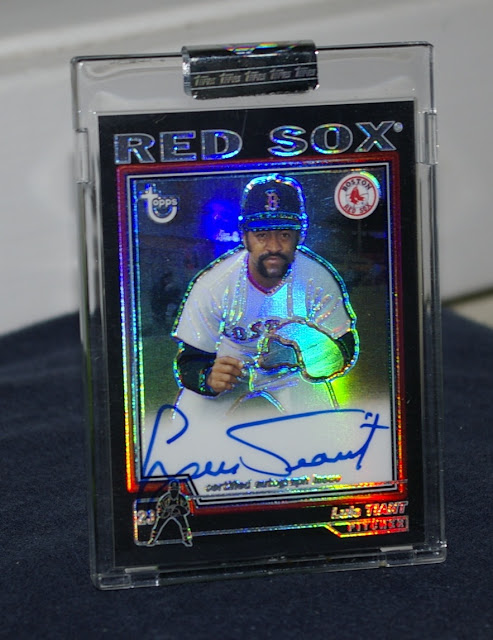 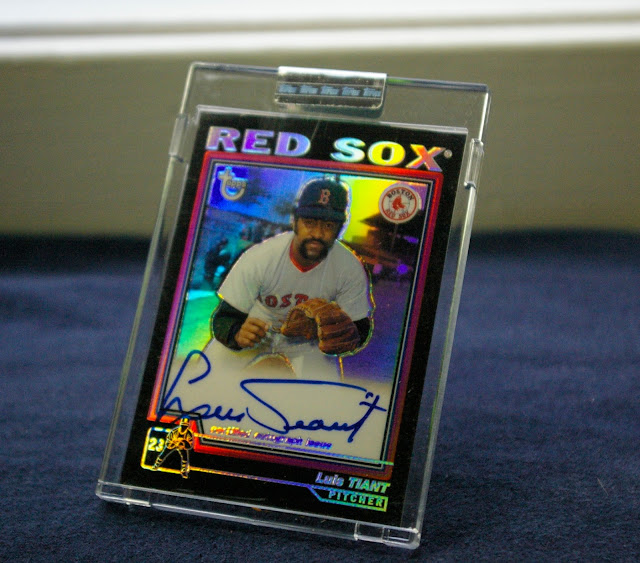 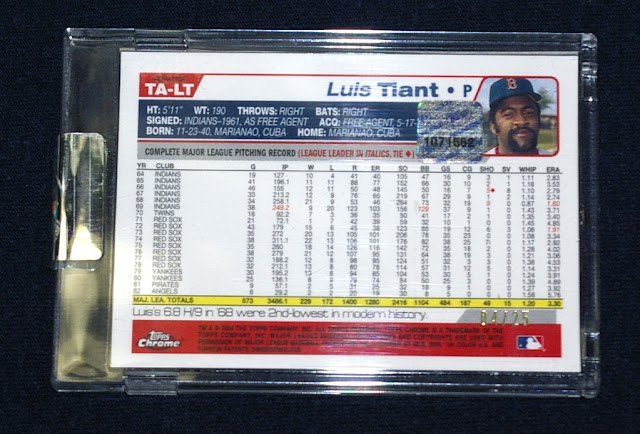 Tiant is often noted as one of the greatest players not to be in the HOF. Hall of Stats agrees, calculating a very strong score of 130, good for ranking him as the 34th best pitcher of all-time (..well, of those eligible). And he doesn't just have the numbers, as El Tiante was also a colorful character adding spice to the game during his 19 years in the big leagues. Gotta love the guy.

My Tiant PC isn't very big, so I went ahead and took pictures of the few other cards of him I got.

Some cards from the 60s including his rookie card from 1965. 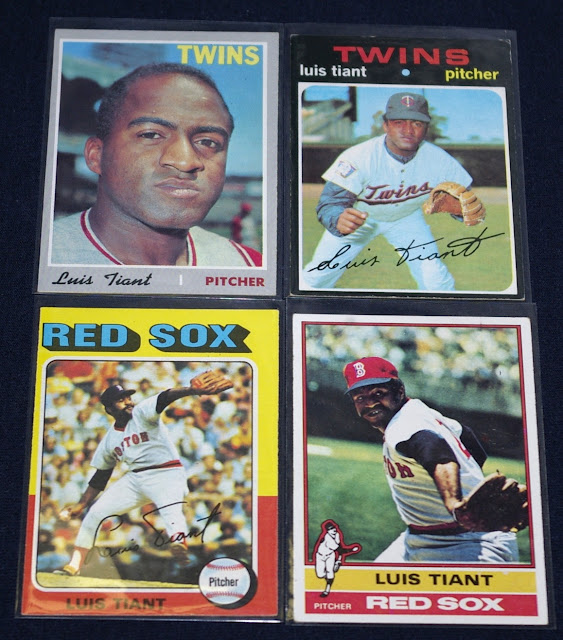 Some cards from the early/mid 70s. I've also got his 73 Topps card in that complete set, not pictured. 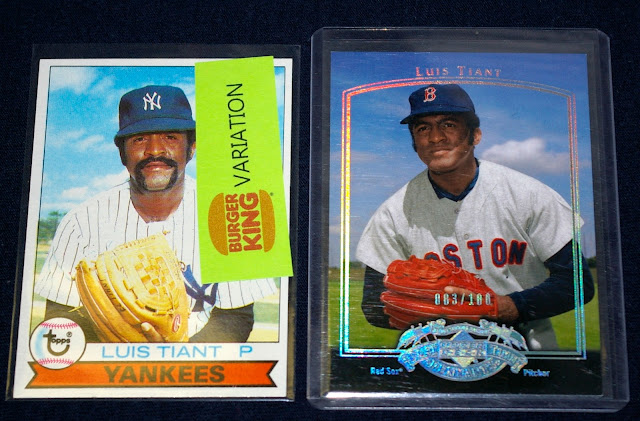 Finally a Burger King oddball and a modern Upper Deck card #'d 3/100. And yes, I did print out little paper tabs to help me keep track of which cards are Burger King variations, since they often look the same as regular 1979 Topps only with a different card number on the back. This one actually is a photo variation, though, with flagship showing him still with the Red Sox.

So there you go, a decent little PC highlighted by a shiny /25 autograph. If anyone has any other Tiant cards to part with, I'd love to add to my collection.

Thanks for visiting and have a great Thanksgiving, everybody!
Posted by defgav at 3:58 PM