Showing off 3 random PCs for absolutely no reason whatsoever, no really

Here are 3 small player-collections of mine I felt like showing off today.

I've never been super into basketball, but I've always held a healthy appreciation for the greats. And high up that list is Kareem Abdul-Jabbar. 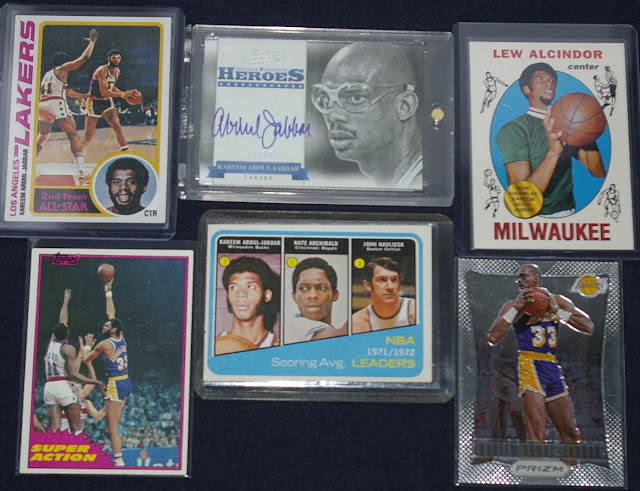 Three vintage cards, a resized rookie reprint, a modern base card, and an auto. You can't really tell in this pic, but the auto is #'d 12/25, making it one of the best cards in my Christmas Card collection.

Only in the past year or so have I started rounding up my Fernando Valenzuela cards into a PC. His legendary days were behind him by the time I got into the sport, but I remember catching his 1990 no-hitter on TV the same day as Dave Steward threw one.. what a day for lil' Gavin and his blossoming love for baseball! Then a few years later, he suited up for my Padres and it was pretty cool to have him on our side. 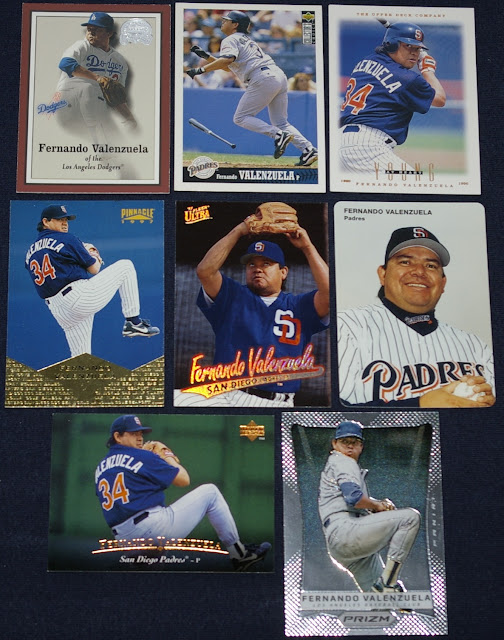 This has gotta be one of the stranger Fernando PCs you'll ever see. Just a couple Los Angeles cards, then a bunch from his San Diego days (two of which feature photos of him batting). That's because I'm a Padres fan so I end up with random Padres cards I don't necessarily want thanks to well-meaning traders, but sometimes there are random guys in there that I do want, such as Fernando here. I'd love to also add cards from his other short-term stops. And, sure I guess, more from his Dodgers days. I'm pretty sure I've got his '81 Topps RC around somewhere, but haven't corralled it into the PC yet.

While named SEC Defensive Player of the Year in 2013, Michael Sam didn't have a successful pro career on par with the other 2 guys I've featured in this post, but for a high profile college football player to openly come out as gay took incredible courage. 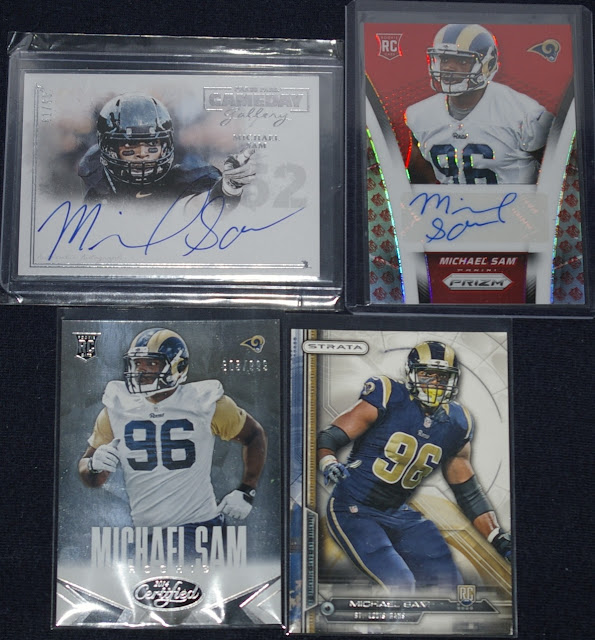 Just 4 cards so far, but half of them are autos, so that's cool.


So there you go: a Muslim, a Mexican, and a gay man. All deserving of our respect. All very welcome in my card collection.

Thanks for reading, guys. Don't forget to vote!
Posted by defgav at 1:14 PM