the rest of my latest card show haul

Ok, the remainder of my pickups from last weekend.. let's bust this out. 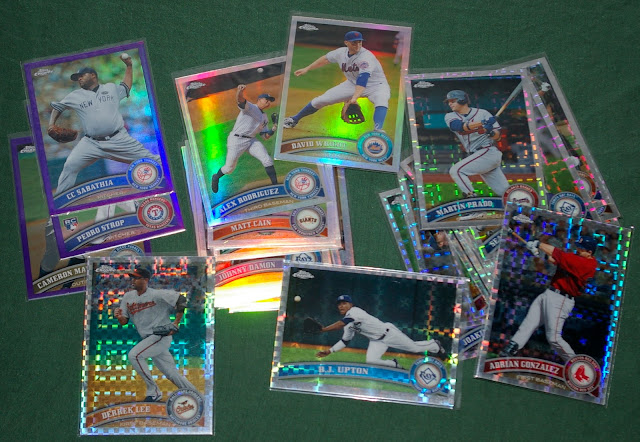 I was stoked to find a rich deposit of 2011 Chrome parallels during a dimebox dig. Brought home a healthy stack of Xfractors, regular refractors, and even 3 purple refractors (which are #'d /499). Some decent names, too. Thanks to this lot, I've passed the 1/4 complete milestone with my 2011 Topps parallel frankenset, the Chrome section of which was lagging behind, so this was a great help there. 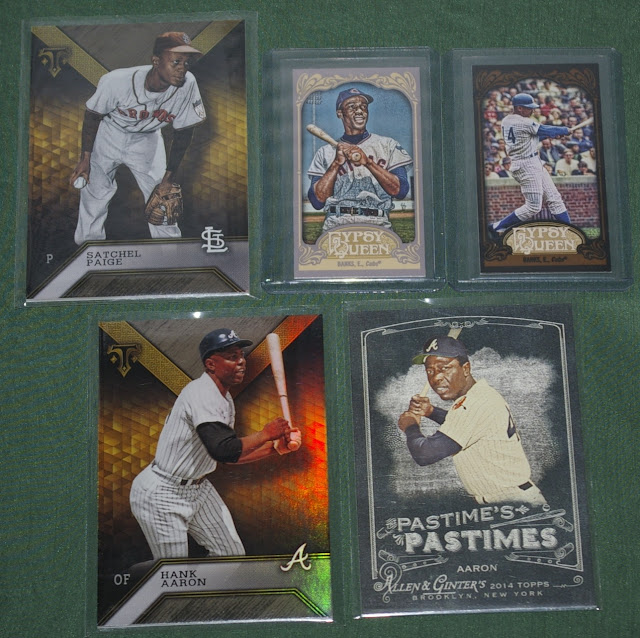 Here are a few all-timers. Ernie Banks is a guy I kinda collect, but am willing to part with cards of if my trader buddies holla at them. Hank Aaron on the other hand, nah, sorry Braves buddies. 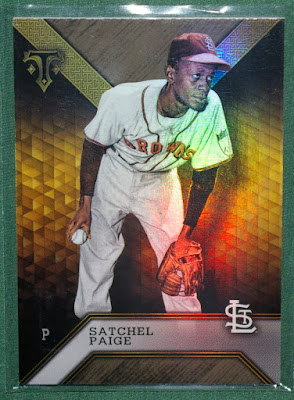 And a closer look at the Satchel Paige base card from 2016 Topps Tribute. Very nice. Sometimes I think I should kick my Satchel PC into gear. Such a cool dude. Would love to pick up his '53 Topps someday. 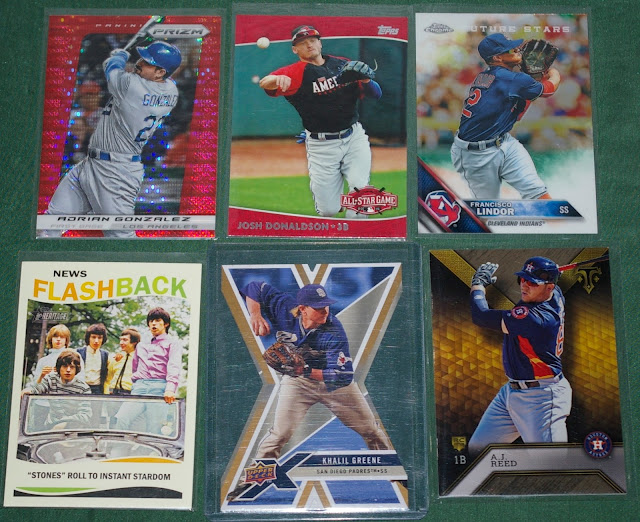 Some more miscellaneous cards. Adrian Gonzalez makes his second shiny appearance of the post. John Donaldson is a bit of a sleeper PC for me (though I recently picked up a 12/25 auto but forgot to include it in my latest Christmas Card post). I might need to start a Francisco Lindor PC.. he just won't be denied. I picked up that Rolling Stones card with OM/Stealing Home in mind (He's one of those freaks who vastly prefers the Stones over the Beatles). I probably already have that Khalil Greene diecut, but it was worth the risk from the dimebox. AJ Reed wasn't able to duplicate his past success in the minors up in Houston last season (.164 over 45 games? ouch), but he's still got time to prove himself. 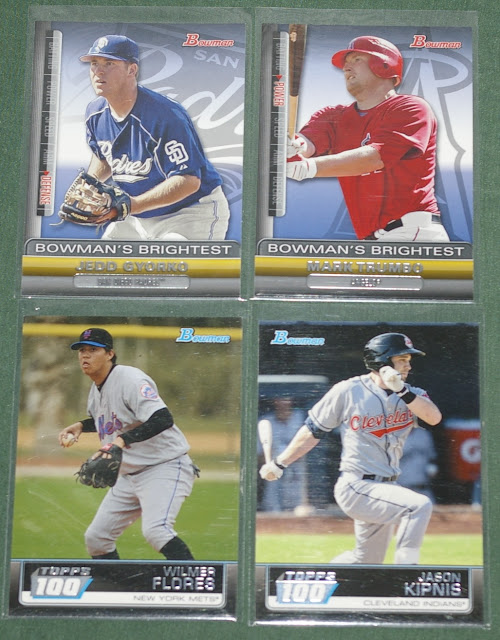 Some Bowman inserts from a few years ago.

That's pretty much it.. not counting lots of trade fodder that I won't bother posting because it's already pegged for trader buddies.

Thanks as always for stopping by!
Posted by defgav at 4:34 PM