Topps was able to get me to bite on another of their online-exclusive Throwback Thursday sets. I snagged the Next Generation Shortstops a couple months ago, and now I've gotten the 2016 Hank Aaron Award Nominee set. 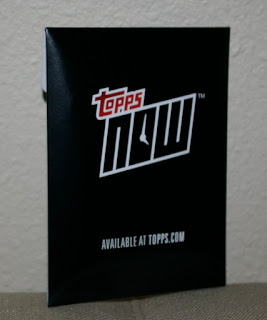 Ooh.. new fancy packaging. Throwback Thursdays sets aren't actually in the Topps Now line, but close enough, I guess. The cards were snugly encased in a plastic case within. 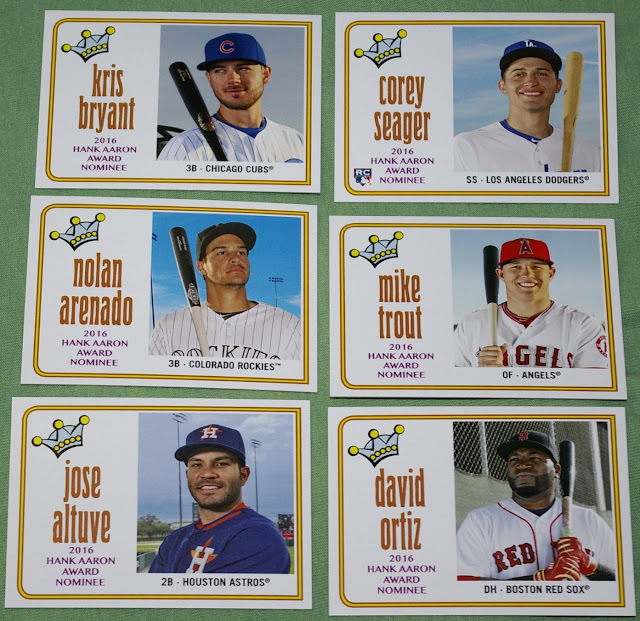 Quality group of players there! 579 sets of these were produced, though they're not serial numbered, unfortunately.

I don't own the original 1974 Topps #1 Hank Aaron home run king card that these are based on (yet), but I'm still very familiar with it, and thought it was a cool design for Topps to pay homage to.

The Hank Aaron Award is given annually to the MLB players selected as the top hitter in each league, as voted on by baseball fans and members of the media. Bryant and Ortiz brought home the honors this year. 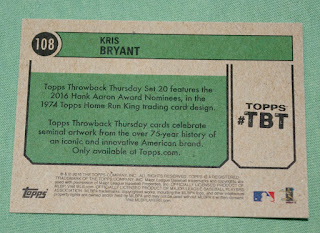 Good cardboard stock. Phoned-in backs that don't vary from card to card other than name and number.

But yeah, this is a cool little set and I'm happy with it.

Happy Veterans Day and have a good weekend, everybody. It's the local monthly card show for me tomorrow, so that's a nice surprise (It's usually later in the month, so I was assuming it'd be the following weekend). Hopefully I'll have some good finds there to raise my spirits after a soul-sucking week. Grasping at a silver lining, at least I've been able to get out of work early the past couple days since I work right next to a major area where protesters gather and that screws up public transportation. I've managed to not run into any commute issues yet, though I am posting this from work Friday afternoon, so let's hope I didn't just jinx myself for tonight. Who knows, if I end up stuck downtown, I might even join them.
Posted by defgav at 3:59 PM