It seems like forever ago now in light of current events, but it wasn't that long ago I picked the Cubs to win in 7 games over the Indians, and thanks to that prophecy being fulfilled, I won a contest from Collector's Crack.. the 6th Annual Almost the Easiest World Series Contest on the Web, to be precise. The prize package showed up on Saturday and put a smile on my face. 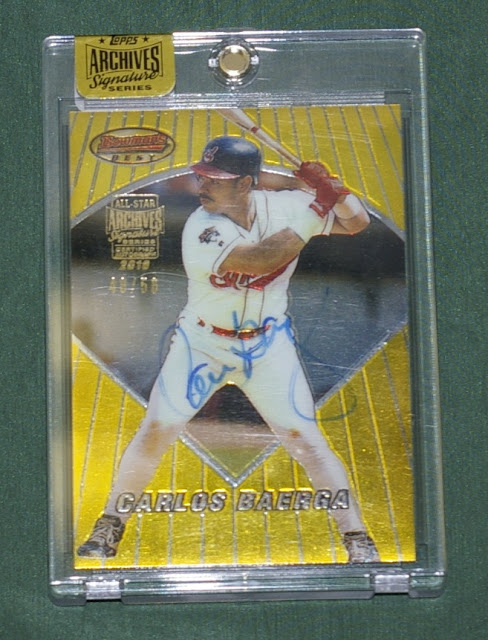 This Carlos Baerga auto was the centerpiece of the package. It's from 2016 Topps Archives Signature Series and is a 1996 Bowman's Best buyback, #'d 40/56. Looks like it was about time for him to swap out for a new pen, but still a very cool card. 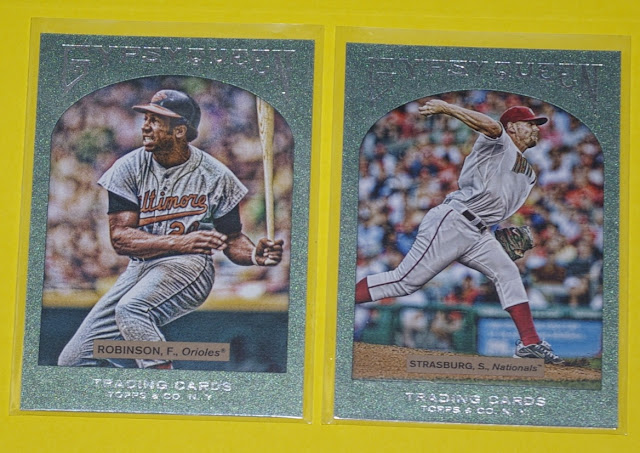 Framed Gypsy Queen cards are always neat. I don't see many of the green variety. Nice PC additions for me here. 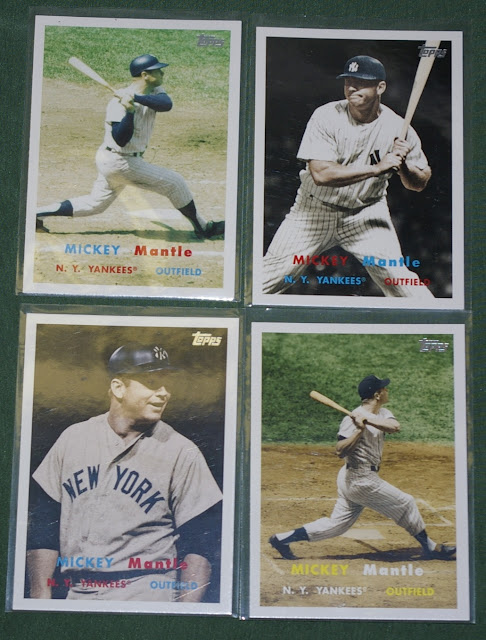 I love Mickey Mantle and I love the 1957 Topps design, so these cards from the height of Topps' Mantle Mania are appreciated. 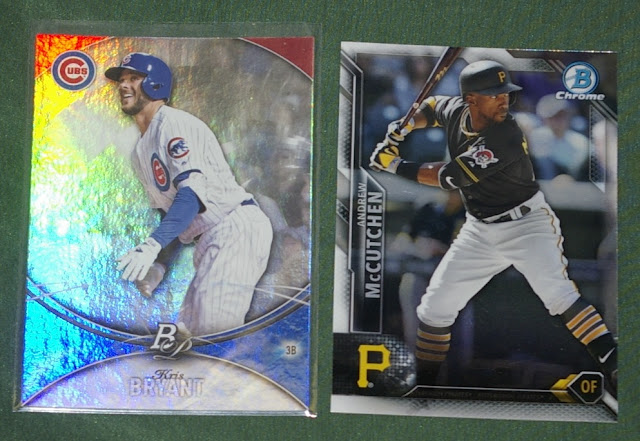 A couple needs for two of my most active current PCs. These 2 guys should start a rap group and call themselves Kris Cutch. 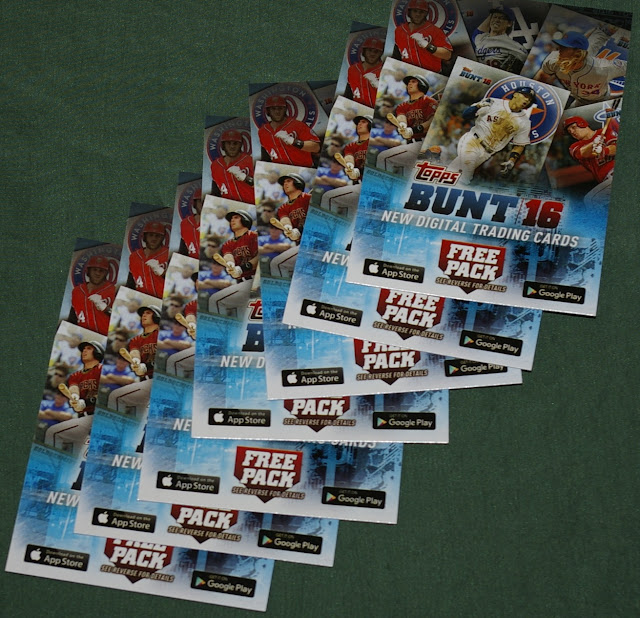 A bunch of code cards for Bunt. These aren't useful to me at the moment, as I'm still rocking an old school flip-phone. But I might finally be getting a smartphone this Christmas.. so I may get some use out of them yet. If not, I'll pass them along sometime before their February 2017 expiration date. 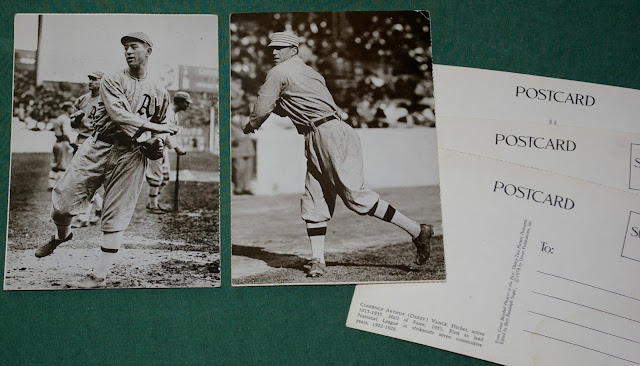 A nice lot of old baseball postcards. I believe these were put out in 1978 by Dover Publications, as you can see if you zoom in on the copyright info. I don't have them in front of me right now or I'd tell you the names of these guys. If any of you baseball historians wanna show off in the comments, have at it. 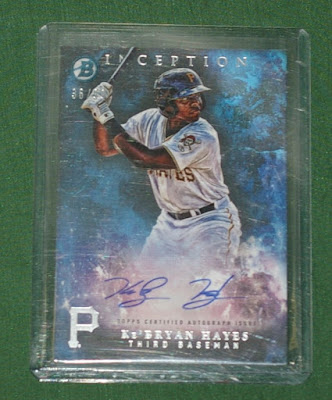 And finally, a surprise autograph to round out the prize pack: Ke'Bryan Hayes 2016 Inception auto /99. Nice! The 19-year old has shown promise in the Pirates minor league system after being taken 32nd overall in the 2015 draft. This card fits into my "blacksheep minicollection" as a (so far) less successful relative to a well-known ballplayer, in this instance, his dad Charlie Hayes.

Big thanks for the contest and sweet prize, Cynicalbuddha! I'll try to get a "thank you" PWE out soon with that Yount custom I've been meaning to send you. And thanks to the Cubs and Indians for a great series to make a winner out of me!
Posted by defgav at 4:11 PM