A one-two punch from the Plankmaster

Matthew Scott recently loaded up his cannons and lobbed shots across the bows of several cardbloggers, with myself luckily being included. 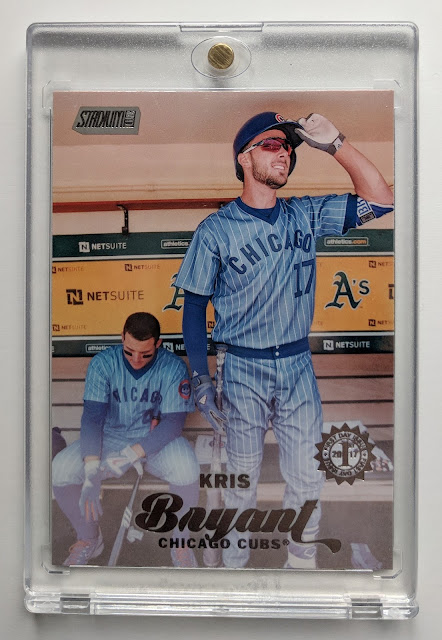 Kris Bryant! My man! Seems like his hype with collectors dipped a little bit in 2017 after being ROY in 2015 and MVP in 2016. Probably just overshadowed by rookiemania of Judge and Bellinger. His power numbers were down a little, but his batting average and strikeouts were career bests. Should be back with another MVP-caliber season this year, you gotta assume.

Be sure you didn't miss that "1st Day Issue" stamp on this card! While not serial numbered, these are very rare parallels, with an announced print run of only 10 of each card.. Easily my most scarce card of his now. Not sure how Matt lucked into it, but I will gladly welcome it into my respectable KB PC, joining an auto and some Transcendent Party exclusives adorning the collection's crown.

And he piled on with a second big card in the package... 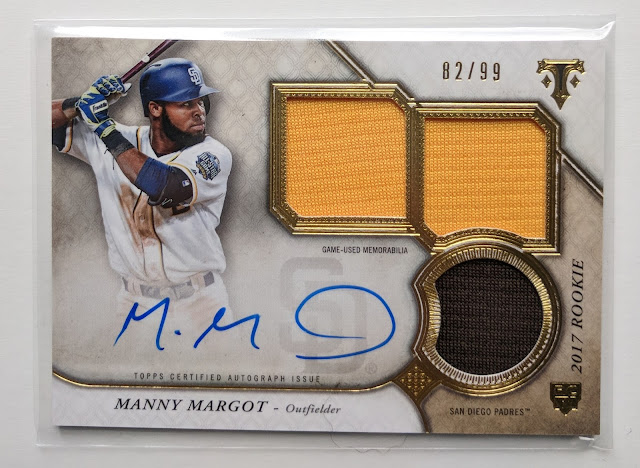 Thanks so much, Matt! I've loaded up some return fire to hit you back with ASAP.
Posted by defgav at 3:33 PM