Ghostbuster Sunday Part 3: the big one just pops in there

The Ghostbusters theme month here continues with another positron-blast from to the past. 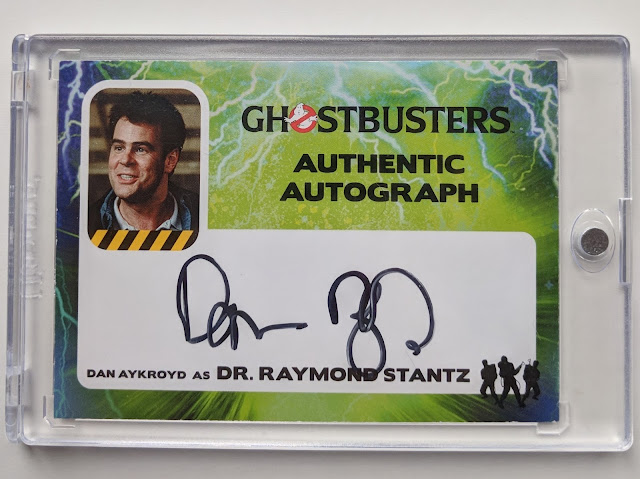 Dan Aykroyd is the biggest name on the 2016 Cryptozoic Ghostbusters autograph checklist, so I was very happy to land the big one among the autos in the lot I bought a few weeks ago. Gotta love Aykroyd for his work on the early Saturday Night Live episodes and notable movies such as Blues Brothers. And of course mad props to him for Ghostbusters, not just for his portrayal of Ray, but since he also co-wrote the screenplay with Harold Ramis.

Real quick: While I haven't mentioned the 2016 female-led reboot during the theme month so far, just let me say that I'm among the minority of diehard Ghostbusters fans who don't hate it. Sure, I'd rather have had a true Ghostbusters III with everyone available from the original(s), but it wasn't that bad. I know lot of fans have a burning hatred for it but have never bothered to watch it. It's a fun movie, worth a watch! I don't get all the needless hate. 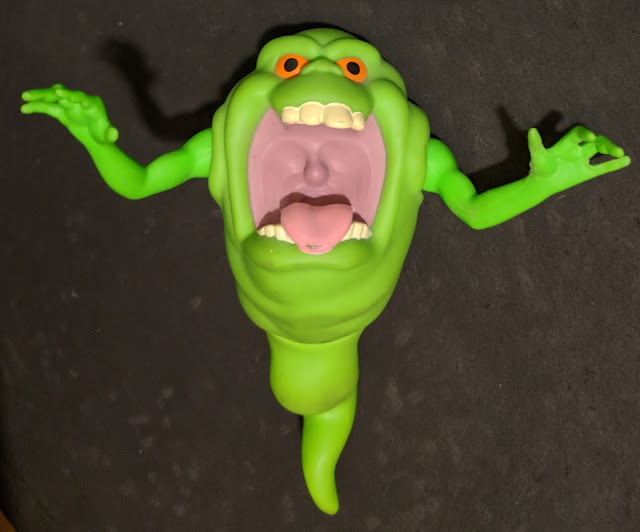 Here's the 2nd of the two Real Ghostbusters toys I've managed to hang onto over the past 30 years. Slimer here is in pretty good shape other than some paint loss on the tip of his tongue. Still kicking myself for all the 80s toys I got rid of over the years, but glad I've at least held onto some. 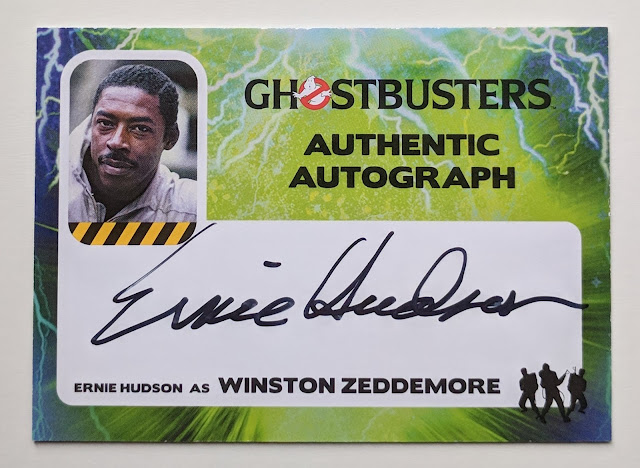 Winston! Was glad to land this Ernie Hudson auto among the lot. I still wonder how the movie would have turned out had Eddie Murphy played the role, as the writers originally had in mind. But can't complain about Ernie's rock-solid (if undoubtedly lower-key) performance, displaying both the tools and the talent. 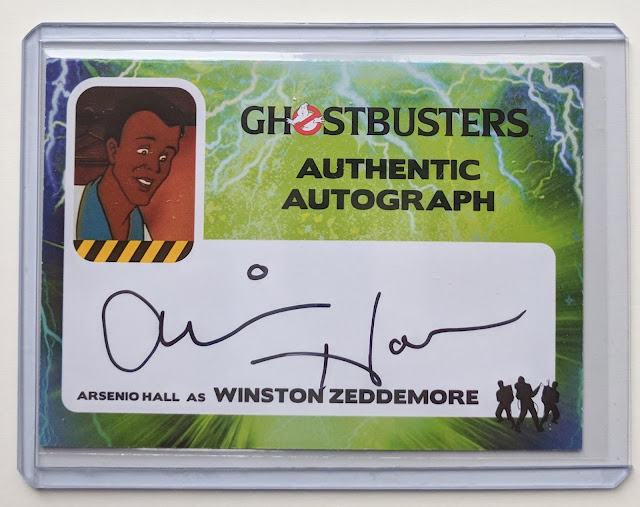 I've already showed this Arsenio Hall auto on the blog a while back, the first Ghostbusters autograph I ever scored, but might as well show it again here during the theme month. Did you know that Ernie Hudson originally auditioned for the voice of Winston in the cartoon but lost out to Arsenio Hall? Seems crazy the producers would turn down THE ACTUAL GUY for a guy who sounds kinda like him. But I guess Arsenio had a hipper, more youthful voice. He left the show after a couple seasons and went onto stardom as a late night talk show host.

I was feeling prolific this week, and cranked out three Ghostbusters sketch cards over the course of an hour on Friday night. (and yes, I wish the Ghostbusters would assassinate Donald Trump.) 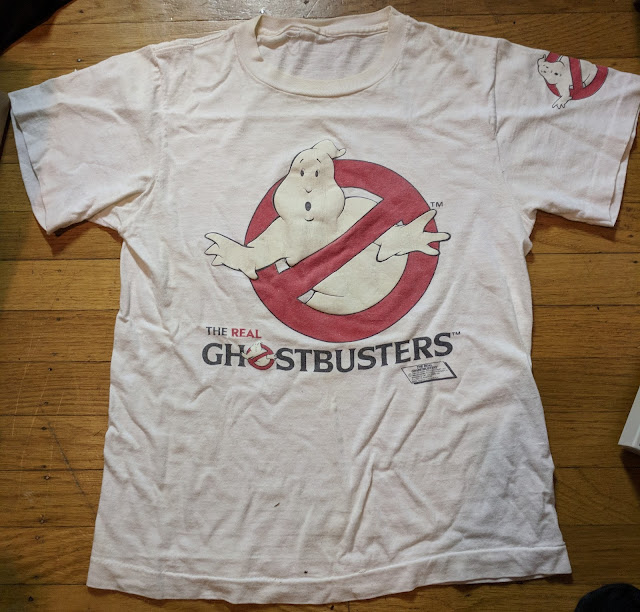 A week ago, I showed off a glow-in-the-dark pajama top I still have from my childhood, but now here's a real shirt! I had forgotten about this, but found it when I was putting the PJ top away. I think I wore this a lot circa 4th grade through 6th. Hell, it might even almost still fit me! Tempted to wear it out one of these days. 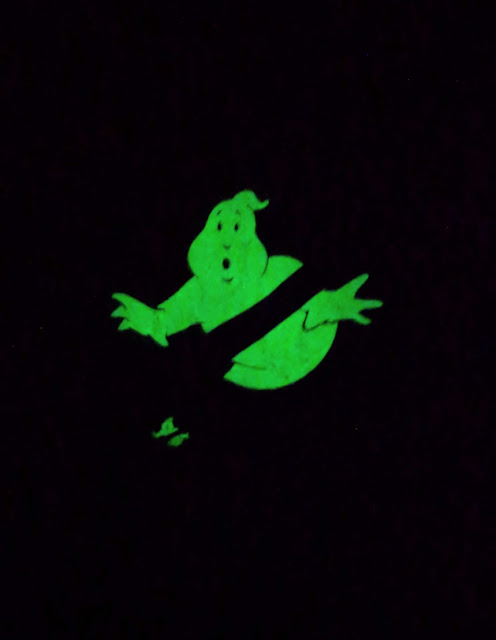 And yes, it glows in the dark!!

That's all for today. The big finale of Ghostbusters month is in a week and you won't want to miss it!
Posted by defgav at 3:28 PM