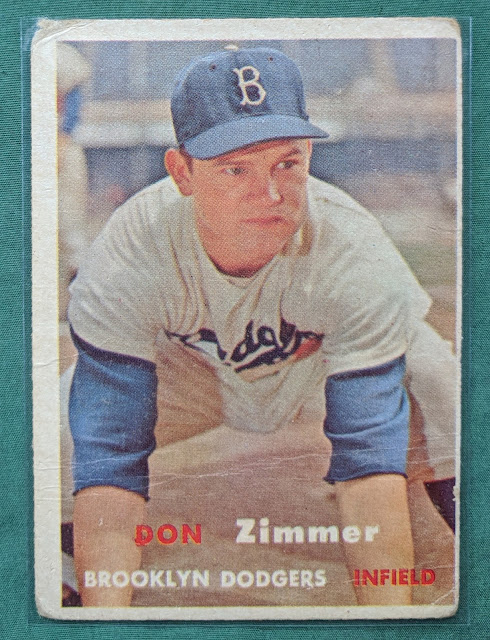 My 1957 Topps setbuild crept over 20% complete thanks to a few recent pickups, with baby-faced Don Zimmer here being the highlight.

Funny thing about 1957 Topps is it was released in 5 series, but it's actually the 4th series that's the most scarce. So its "high numbers" can be deceptive. My '57 needslist had a couple long stretches of red "needs" rows that depressed me every time I looked at it, but thankfully these guy helped me break up the solid red with a dash of green "got it!" rows here and there. (Actually, most are marked with yellow "upgrade would be nice" though that's really for just in case someone has a nice copy to trade me or I stumble upon a good one cheap at a card show or something.. I don't plan to ever go out of my way upgrading this set. Whatever beat up cards I get will be just fine for me. I almost regret buying the nice Hank Aaron I did because it's destined to be out of place with the vast majority of my set.) Was very happy to find good deals on these from a seller whose cards I had already loaded up my cart with. 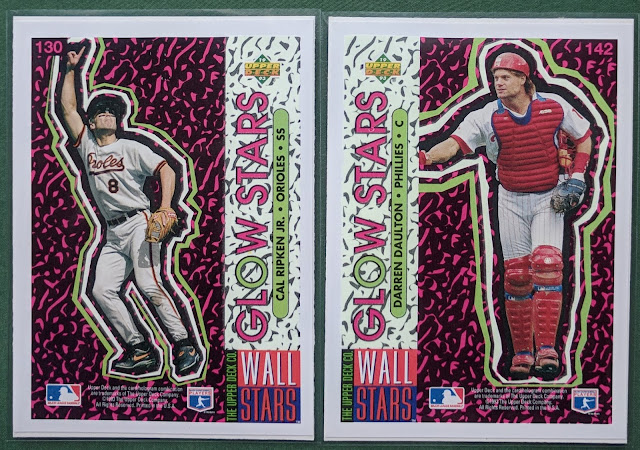 These too! Thanks to Cal and the late Darren Daulton here, I'm now just two cards (stickers) shy of completing the Glow Stars subset of 1993 UD Fun Pack.

Just need #80 Ryne Sandberg and #191 Kirby Puckett, if anyone can help me out. They're sneaky buggers. When I finally complete it, I'll have to do a gif-filled post of them all glowing in action. It'll be glorious. 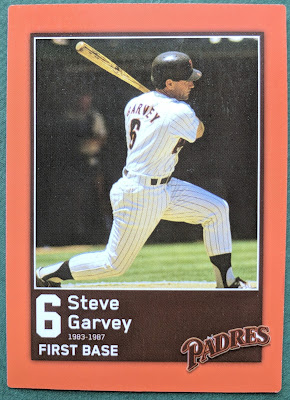 Remember that Trader Jack Padres set I got recently from gcrl that was only missing the Garvey? A friendly guy on Twitter offered me a Garvey and didn't even want anything in exchange. Super nice of him! Thanks a ton, @TeeOhEmm

Next up, part one of a trade package from Tim B. 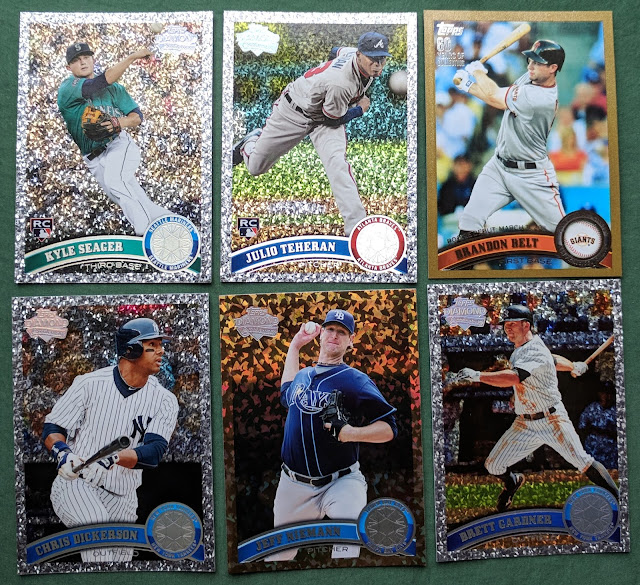 Lots of additions to my 2011 Topps parallel frankenset. 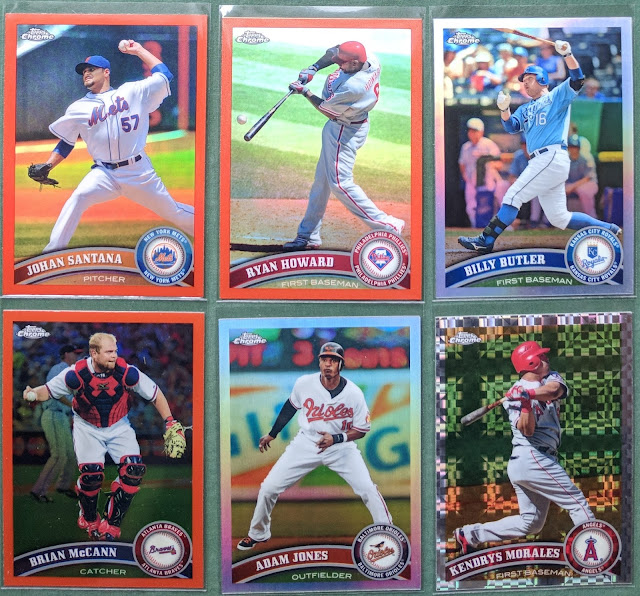 And I actually needed all of them, so he obviously took the time to check numbers on my list, not just blindly sending any he found. Very thoughtful. 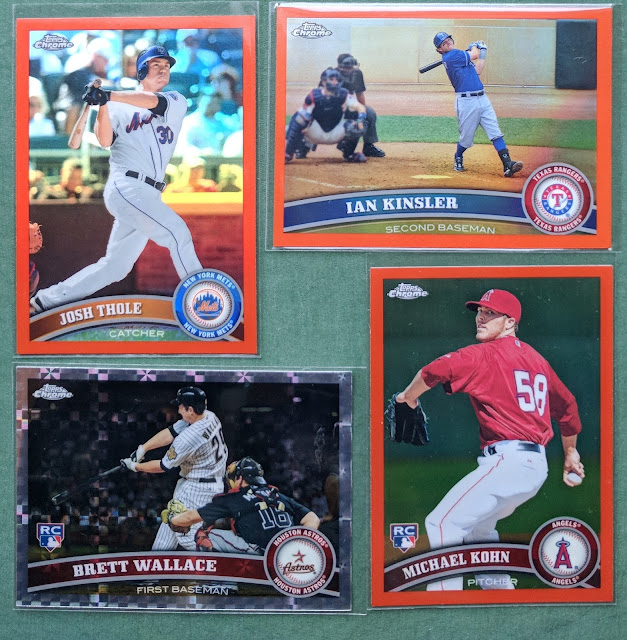 Can't believe I still haven't hit the halfway point with this ridiculous project of mine. Currently at 563 cards down out of 1284, good for 43.85% complete. Yep, it's definitely a long-term goal. 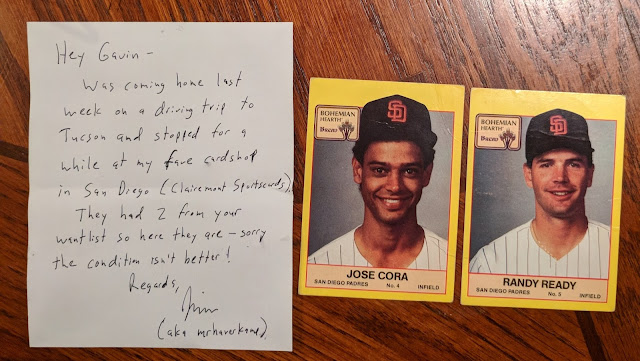 Good ol' mrhaverkamp surprised me with a PWE of 2 '87 Bohemian Bread needs! Both a bit creased, but good enough for me! Down to just Flannery, Gwynn, and Dravecky. Big thanks, Jim!
Posted by defgav at 4:00 PM