Tim B. brings the big guns

Tim B. of I Love the Smell of Cardboard in the Morning answered my call last month when I was trying to get a flurry of trade packages out before postage rates crept up. I had a decent little handful of cards set aside for him, but he really outdid himself with his return package. Hit a lot of bulls-eyes for my collection. I showed off a solid lot of 2011 Topps parallels yesterday, and now here's the rest of the goods. 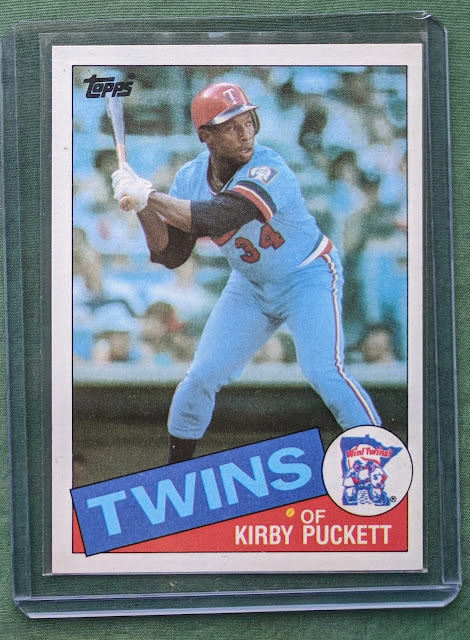 Kirby's 1985 Topps rookie card was sorely lacking from my expanding PC of the guy, so this really hit the spot. I feel like '85 Topps has been growing on me over the past few years, and I might have to add it to my list of possible future setbuilds. 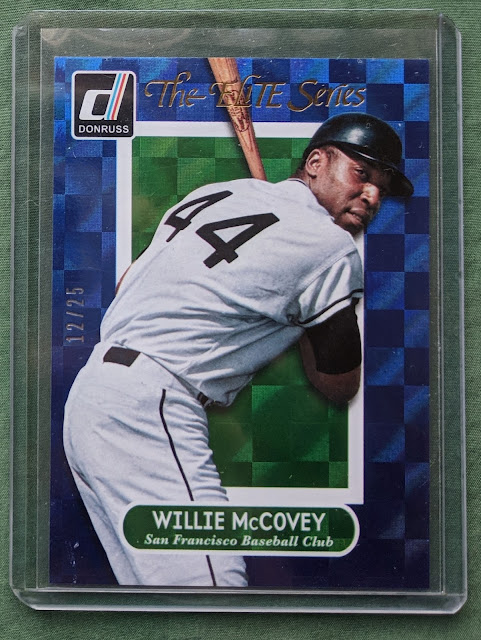 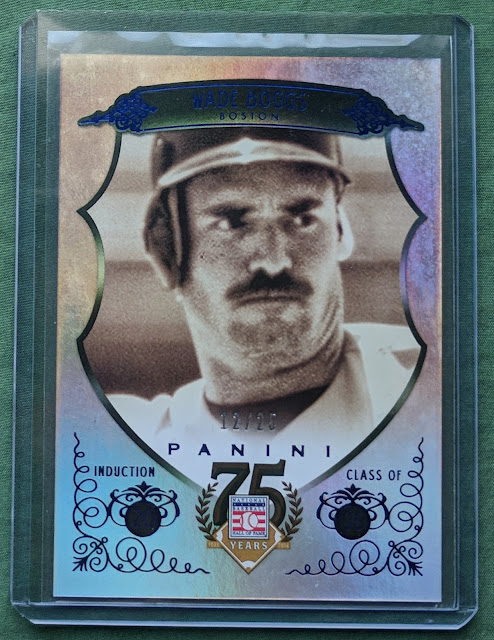 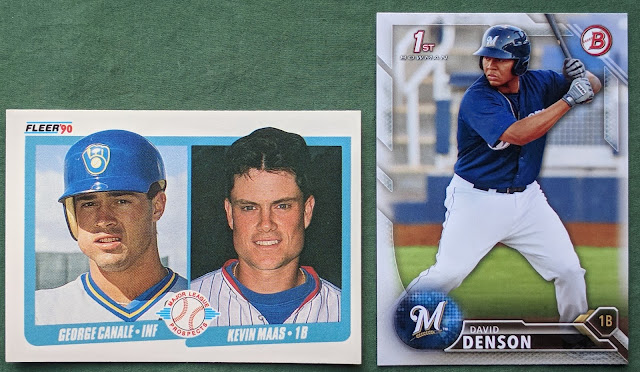 A couple more cards off my Desperate Double Dozen. The Maas RC is card that I remember as one of my "best" cards for a while as a kid, but after he turned out to be a bust, I got rid of it in the purge when I moved out of state years back. So, nice to get that one back since restarting the PC.

The Denson was a need for the Pride PC. I've got the Chrome version of it, and even a couple autos of it, but the regular ol' base "paper" was elusive. 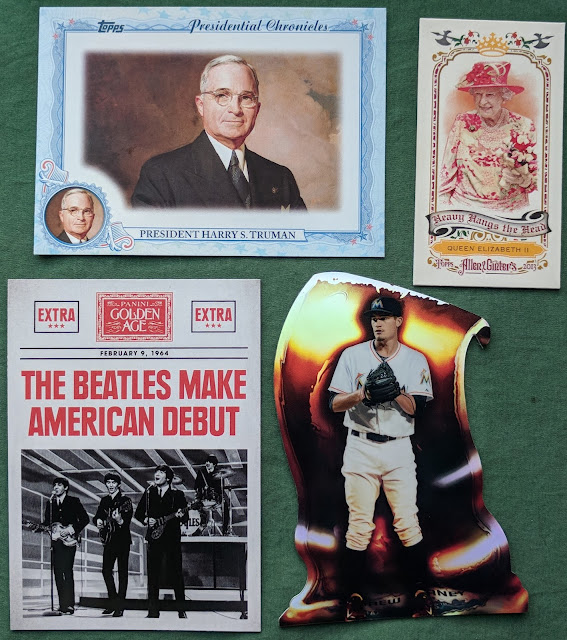 Four cards for consideration in the "We Didn't Start the Fire" binder! It'll be a tough call for me whether to swap out the vintage Beatles card currently in it for the Panini Golden Age card. 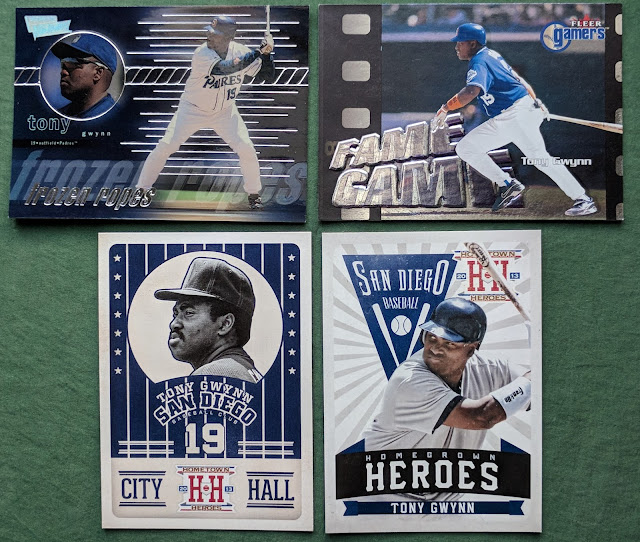 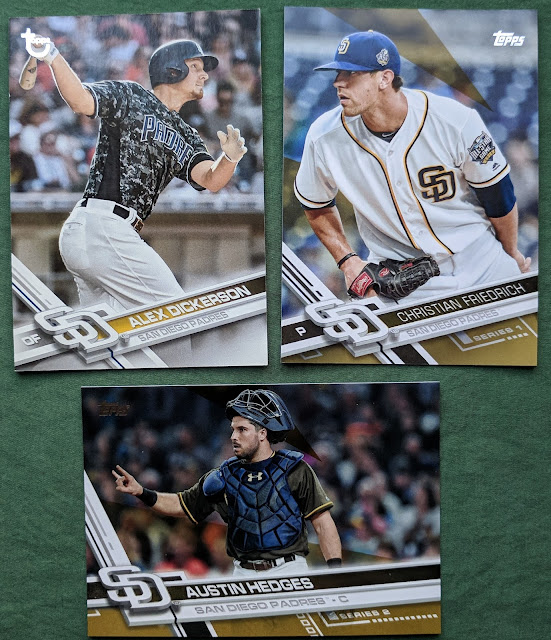 Some Padres parallels. The Dickerson is a vintage stock parallel, and really makes the other cards feel like crap in comparison. 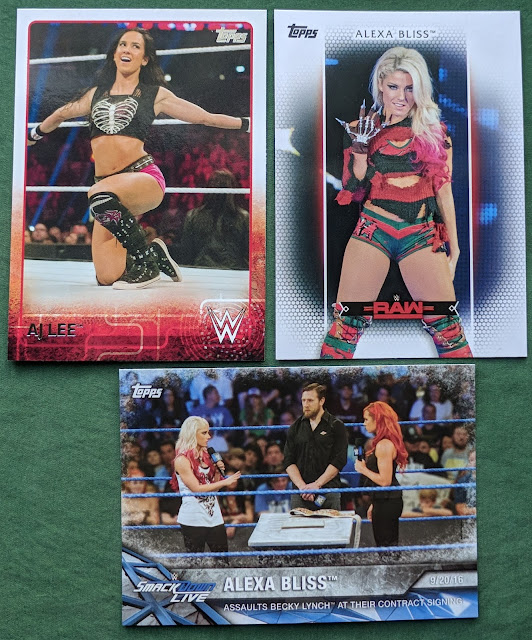 And let's close out with some attractive lady wrestlers. As I mention pretty much every time I feature wrestling cards on my blog, I don't follow the sport, but occasionally get smitten by a cutie and am compelled to collect her cards a little, such as with AJ Lee and Alexa Bliss here. 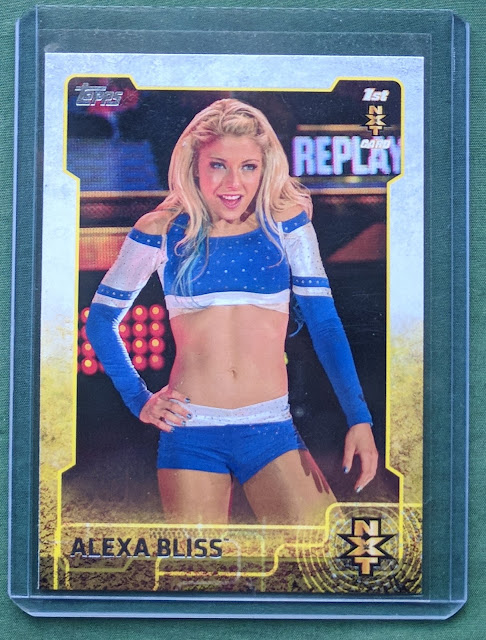 This 2015 Topps WWE - NXT Prospects card is apparently a "pre-rookie" card, like the equivalent of a 1st Bowman Card. So that's pretty sweet. Looks like that was before her character got developed much. Very nice to get some quality cards of hers to go with the auto I picked up a while back.

Huge thanks for the impressive trade package, Tim!
Posted by defgav at 3:57 PM