Welcome to the Jungle (random cards) 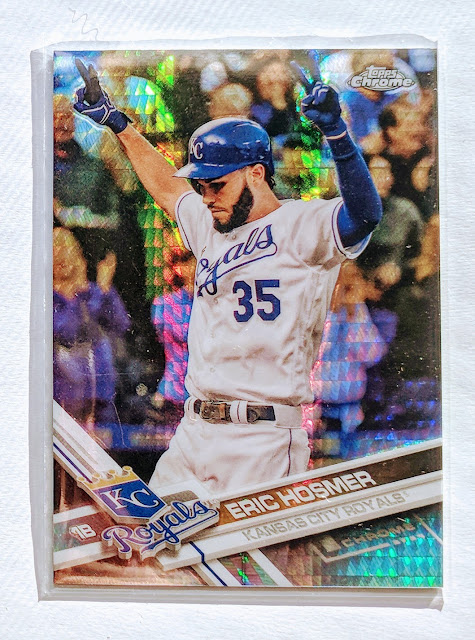 Here's a first in what will likely be an extended series of posts here. Actually it's just a lazy way for me to feature random cards on my blog that I've added to my collection recently. Coming up with post titles is tough sometimes, so I'm just going to use Guns N' Roses song titles. I'm still undecided if I'll jump around or go chronologically, but for now I'm starting at the start.


More like "Welcome to the Beach." Looks like I need to add Eric Hosmer to the list of guys I collect. I never had much opinion of him either way, but as you may know my team the Padres just gave him a big, long free-agent contract. That makes in a little nervous, and making a big splash like that seems odd what with San Diego still rebuilding. But apparently Hosmer is a good leader in the clubhouse, and that's something the team needed. So yeah, I'll cheer him on and hope for the best.

I'd like to optimistically get a PC of the guy kickstarted, so any trader buds out there who want to thumb through their Royals tradeables, please feel free to set any Hosmer cards aside for me. I don't have many. 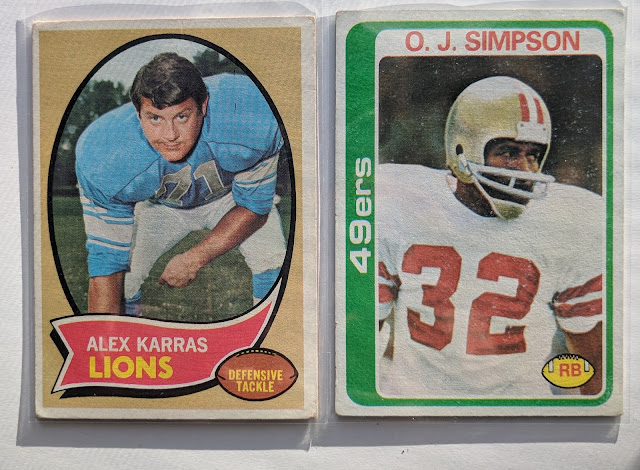 Picked up a couple vintage football cards of familiar names at the latest card show. Alex Karras and OJ Simpson both went from being gridiron greats to successful actors in Hollywood. OJ ran into trouble with the law later in life that perhaps you heard about. Anyways, for 71¢ each, I thought these were too good a deal to pass up. 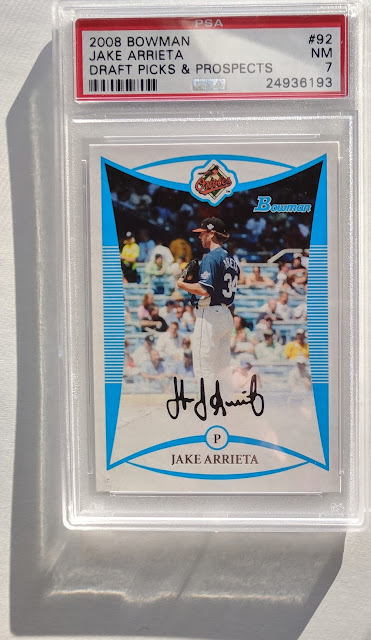 I always check out any graded cards I see poking out of the sub-dollar bins. It's just fun to pick up cards for substantially less that some poor sap paid to have them slabbed. Whoever sent this one into PSA apparently didn't give it a very good look beforehand. It's got a little surface indentation mark above the "n" in Bowman which I'm sure is the reason the card only got a 7. But whatever; cheap Jake Arrieta pre-rookie.

(Sorry for the crazy shadow. I took these photos this morning, and the sun was shining bright off the snow on the ground. Looks like the card is trapped in a block of ice or something.) 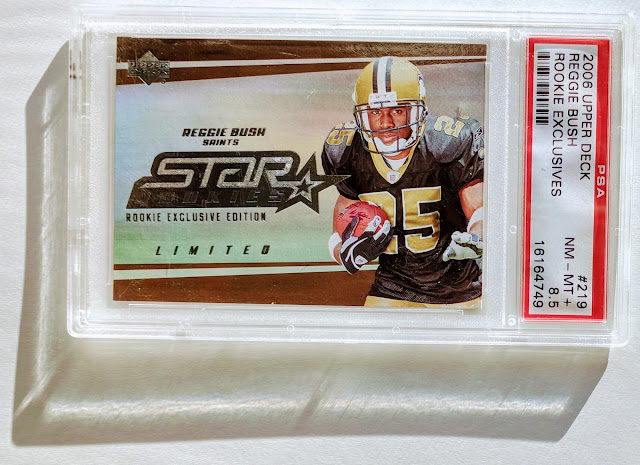 Back to football, another graded card. This Reggie Bush rookie got a respectable 8.5 grade. I collect him a bit because we're from the same neck of the woods. Bonus points to this card for mentioning his school, Helix High School, in the blurb on the back. They were a powerhouse of great athletes and it's a treasured memory from my Track Team days when we broke their long winning streak on the way to a championship for Granite Hills. (pardon the brag) 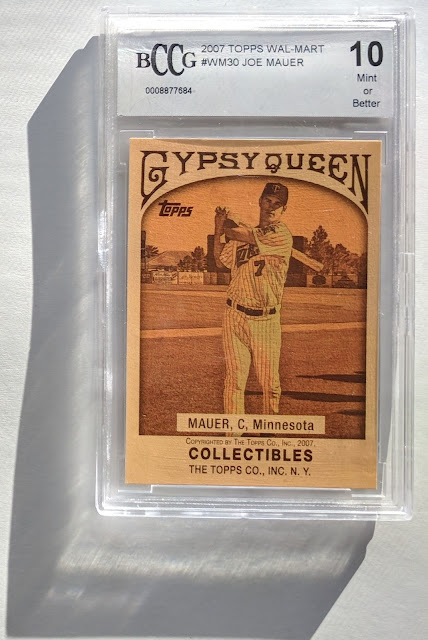 I waffled on this card for a while before eventually deciding to add it to my card show stack. I don't collect Joe Mauer, but he seems like a good guy. I suppose this and the above Arrieta are available for trade consideration if anyone's interested. 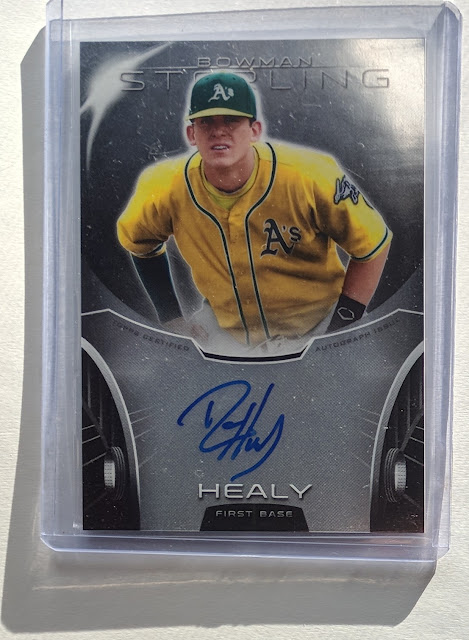 This isn't really a new pickup, just a card that I found in my collection and was like, "oh cool! Didn't know I had this." Back in October 2016, I won a few lots of 2013 Bowman Sterling autographs from one eBay seller that worked out to about a buck or two per card. Unfortunately I was narrowly outbid on the lots that included Aaron Judge (this was before he broke out). But there were still a few notable players in the lots that I scored. Ryon Healy had a solid 2017 season for Oakland and was recently traded to Seattle. I don't really collect him, but I've been kinda keeping an eye on him, and it's nice to stumble upon an auto of his that I didn't realize was in my collection.

Thanks for reading, and always remember: you can have everything you want, but you better not take it from me!
Posted by defgav at 3:54 PM