Leading off with a sketchcard this time. Why spend $20 for a professional, official sketchcard when you can just crap out a shitty one for free?! Lol. Ok, this one isn't that shitty, if I say so myself. It's Egon blastin' Boo, the ghost from the Super Mario universe. This one is sparkly and glows in the dark. 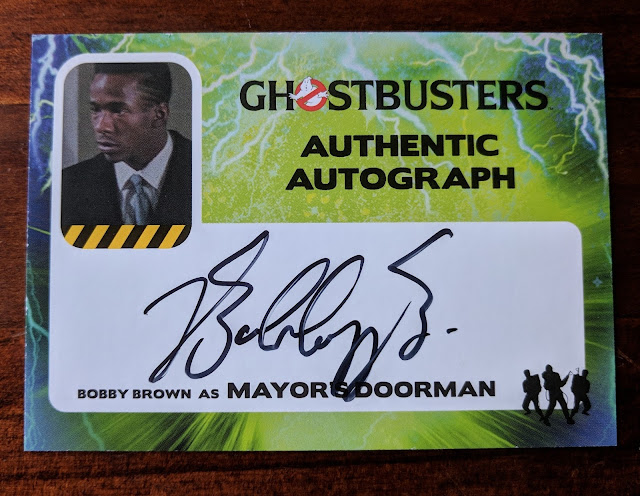 Bobby Brown had a bit part in the sequel, but more relevant is that he did the soundtrack's big single, "On Our Own". Gotta admit that was my jam back in the day (both Ghostbusters soundtrack cassettes got a lot of play from me as a kid). He had some early hits with New Edition, then a successful solo career including chart-toppers such as "My Prerogative" and "Every Little Step". Ran into hard times and tragedies as the years went on, but I think he's doing better these days. Anyways, cool to have his autograph now. 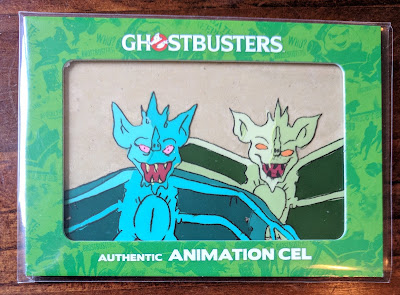 Scored this hand-painted animation cel for a few bucks from COMC in my latest order. I think it's pretty cool, featuring a pair of creepy bat demons, though then I really wanted something with a main character, so I went to eBay and picked up the Peter Venkman cel I showed off last week. As I watch the The Real Ghostbusters on Netflix— my first time going through it since childhood— I'm trying to keep an eye out to figure out which episode these bats are from, but who knows if I'm ever able to pinpoint it. 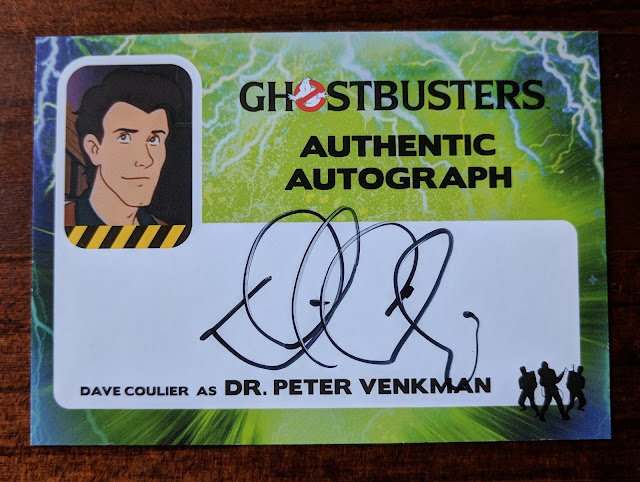 "Cut—it—out!" Here's another neat auto. Dave Coulier is best known as Uncle Joey on Full House—and to a lesser extent as being the likely inspiration for the Alanis Morissette song "You Oughta Know"— but he was also the voice of Peter Venkman on the later seasons of the show, taking over for Lorenzo Music. I also loved his Nickelodeon show Out of Control in the mid 80s. 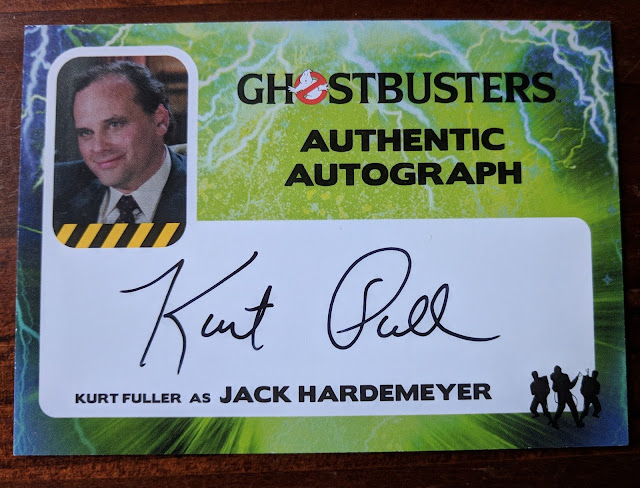 I don't really remember Kurt Fuller's character much— I gotta admit it's been years since I've watched Ghostbusters II. I loved it as a kid, but I watched it once as an adult and didn't think it held up anywhere near as well as the original film. I plan to give it another viewing sometime this month— but I'm familiar with the actor. He's been in lots of stuff, including Wayne's World and the shows Psych and That's My Bush!

A few days ago, I dug out a suitcase of old clothes looking for a specific shirt I thought I might wear to a space/future-themed party and I stumbled upon this old pajama top of mine. Good timing, as that means I can feature it on the blog as part of Ghostbuster Sundays! I sure loved that top— even accidentally wore it to school one day as if it was a real shirt; that was embarrassing!— and of course a big part of the appeal for me is that it glows in the dark. 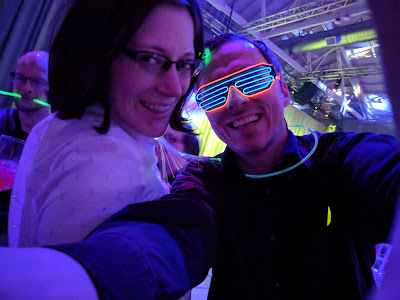 On that note, as a fan of stuff that lights up, the big annual work party the other night was a lot of fun for me. It was a crazy day— very scary moment earlier in the day during a big company-wide presentation when a guy in the back had a seizure, though thankfully looks like he'll be ok. But yeah, the party was a good time to blow off steam and get stupid-drunk with your co-workers, which can be fun but dangerous. I think we made it though unscathed, though.

Thanks for reading! More Ghostbusters stuff next Sunday.
Posted by defgav at 2:25 PM