I was recently the lucky recipient of a box of cards from the awesome John Miller of Johnny's Trading Spot fame. He had earlier commented he was gonna knock off my 1980 Topps needs, so I was somewhat expecting that, but there was more good stuff too. 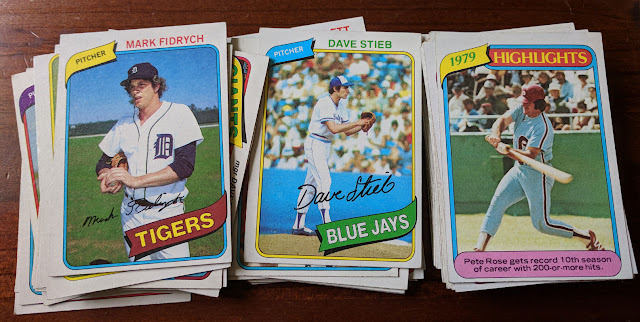 John valiantly took my 1980 needs to task, slashing off numbers with reckless abandon, plus many upgrades and wanted dupes for my PCs. Unfortunately, he wasn't quite able to deliver the deathblow. Seems he made a clerical error and included the Dave Stieb RC I already had (#77) instead of the Ruppert Jones card I needed (#78).

So now somebody has the chance to steal the glory and shoot me over Ruppert to complete my set. Anybody? 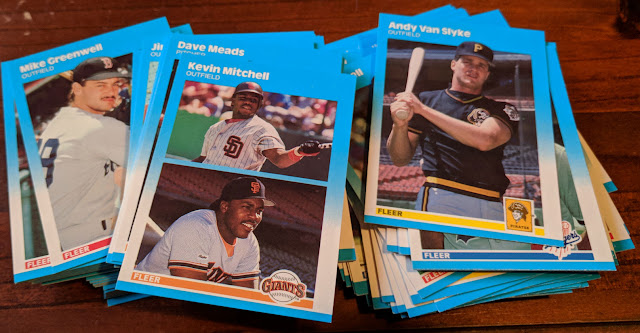 John also sent me a partial set of 1987 Fleer Update, which combined with the other partial set I got recently, leaves me with just 15 cards shy of the 132-card thing.

Maddux and McGwire are probably the big ones here. (Wow, poor Fleer really missed the boat not including Big Mac in their '87 base set, the Aaron Judge of that year!) The complete set w/box can easily be found for under $10 shipped on eBay, so I'm hoping for traders to help out rather than me getting nickel and dime'd picking up these needs. 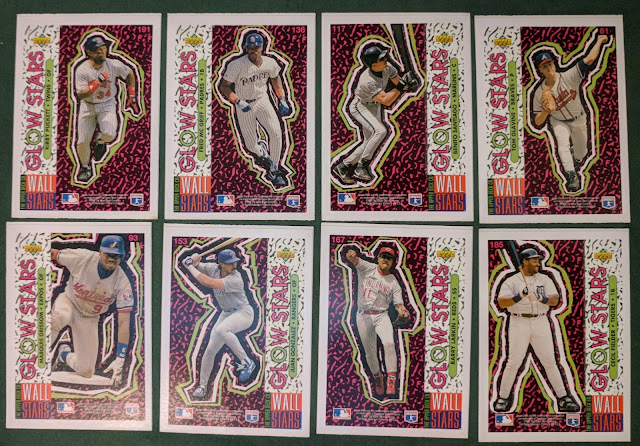 I was also super stoked to get this sweet lot of Glow Stars. The big one for me here was the Kirby, as I've got the others already, but don't mind dupes for PCs or just sticking. 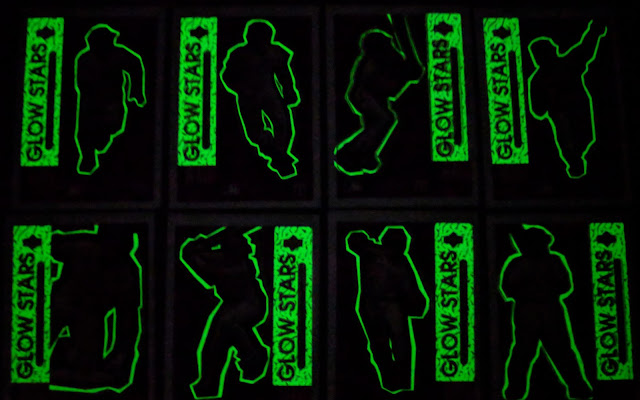 I'm now down to only needing the Ryne Sandberg (1993 UD Fun Pack #80 Glow Star) to complete this subset! So please let me know if you've got one to trade.

Here are highlights from the rest (John, I think this is the 2nd time you've sent me Ben Petrick cards, but I don't collect him; must've gotten me confused with JediJeff or ARPSmith. I also don't need anymore Gavin Floyd base cards. But thanks for thinking of me!). Needed that Gavin Lux Pro Debut, as well as the Scott Gavin Erickson minor league card. I was a little confused why Fernando Romero was included in the package until I turned it over and saw he's a fellow 12/24 birthday boy... nice.


Sorry for the corny title of this post, but I was just looking for an excuse to include one of my favorite pop hits from the 80s.

Big thanks for the cards, John! I'll be dropping off a return package for you soon.
Posted by defgav at 3:16 PM