Theme Month Alert! Every Sunday in February 2018 is Ghostbuster Sunday here at Baseball Card Breakdown. It was my favorite movie as a young'un, and is still in my all-time top 10, probably. I was also a huge fan of the Real Ghostbusters cartoon and toy line growing up.

Cryptozoic put out cool Ghostbusters cards in 2016 and I had been meaning to get into that product. I recently scored a Ghostbusters hand-painted animation cel card on eBay and then worked out a deal with the seller for a nice lot of autographs. I'll be showing off those and some other related stuff here on the blog these four Sundays. 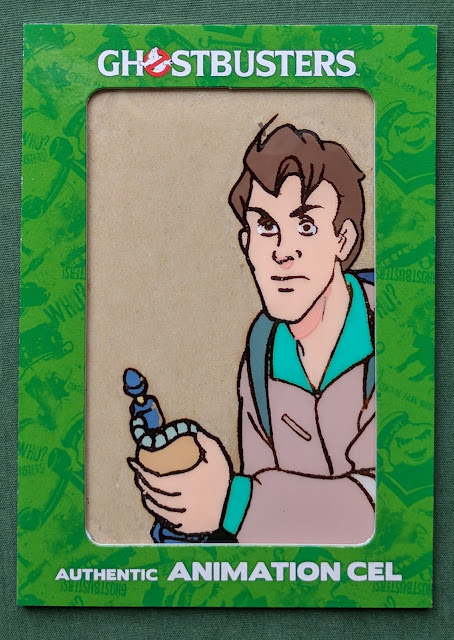 Love this cel of Dr. Peter Venkman about to zap a pesky ghost. The show is streaming on Netflix, and I've slowly been making my way through it again, usually with a late-night episode on the weekends. 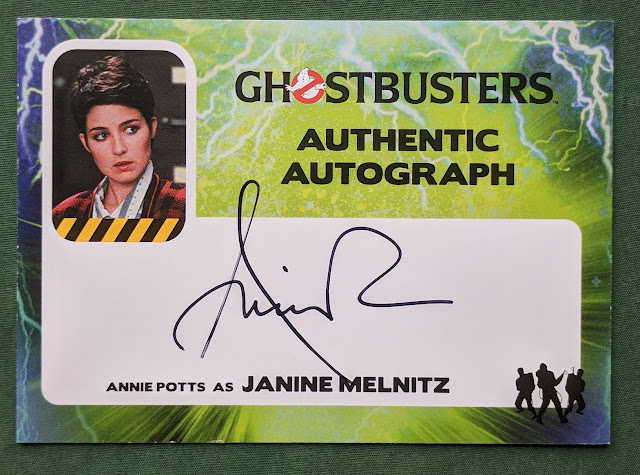 Happy to land an auto of Janine. Annie Potts might've been one of my first celebrity crushes. I watched a fair amount of Designing Women back in the day, too. 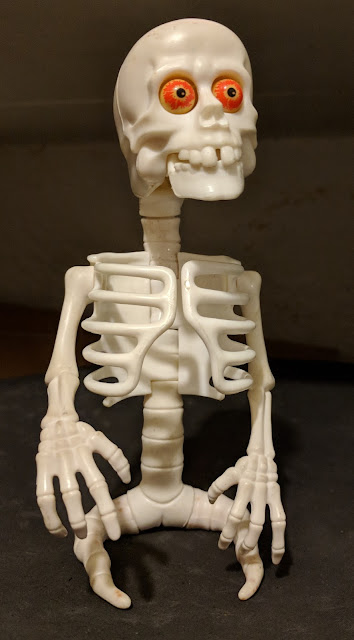 The Real Ghostbusters had some of the most creative toys of the 80s. After G.I. Joe, I probably had more of those toys than anything else. I even had the big headquarters playset. Unfortunately, I didn't hang onto most of those toys.. just a couple still in my possession. If someday I ever had the money and space to dive into collecting something other than cards, it would be 80s toys, and try to get back everything I had plus the cool stuff I never got. I think I hung onto this skeleton guy simply because I always got a big kick out of the face action, with the eyes popping out and jaw opening... 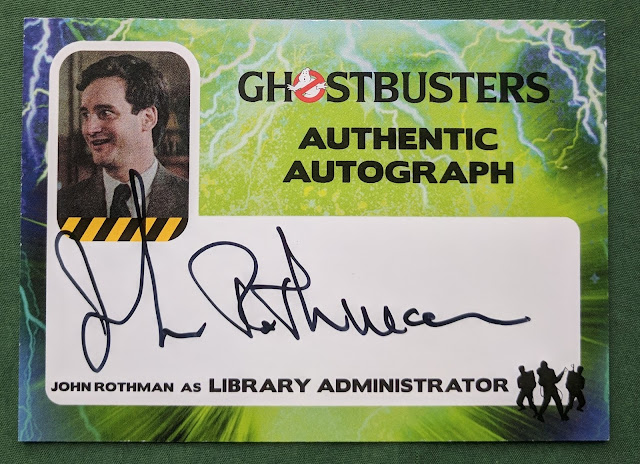 Here's another auto. John Rothman had a small part in the first Ghostbusters film in the beginning of the library scene, and has been in some other great stuff too, like the classic Tom Hanks movie Big, and one of my all-time favorite tv shows, Arrested Development. 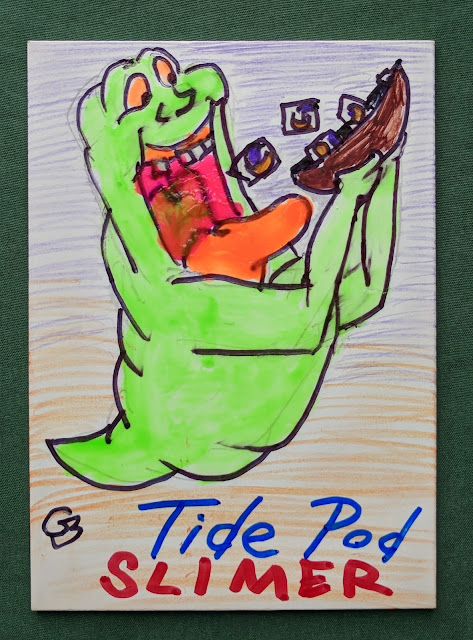 The Cryptozoic set has some sketchcards in it. I haven't gotten any of them yet, but decided to do one of my own the other night after a couple drinks. Tide Pod Slimer was a funny idea I came up with. Came out ok! And it glows in the dark a little bit... 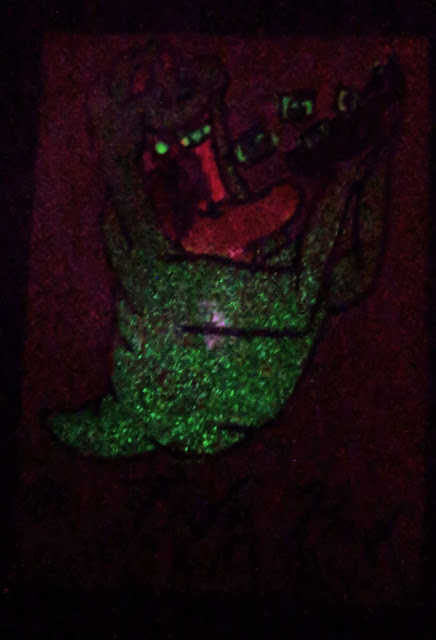 There it is in action.

That's gonna wrap it up for today. More Ghostbusters stuff in a week. Thanks for reading!
Posted by defgav at 3:20 PM