I've said it before, but the worst part about only having one car since my wife's car got totaled last year is playing Russian Roulette that the monthly card show falls on the same Saturday as her monthly pedicures with her folks (which she needs the car for, since her folks live out in Hillsboro). And unfortunately there was a bullet in the chamber for this weekend. I'm not going to stand in the way of my wife and her parents (you've seen the high-end boxes they gift me for Christmas, right?!), so my options were either sit out this card show or take public transportation.

I was on the fence down to the wire, but ultimately decided to go. I know I'm spoiled having a solid monthly card show that's a 15-minute drive from my house, meanwhile lots of collectors out there either have no shows, or have like a couple shows a year they have to drive 4 hours both ways for. So I can't complain too much about a 20 minute ride on public transportation plus a 10 minute walk.

The only hiccup was that I just missed the homeward train afterwards and had to wait around 17 minutes for the next one. But in this era of smartphones to occupy your time, it's not really a big deal.

Anyways, I made 2 purchases: $30 from the old vintage guy and $30 from Bill's bins. I also bumped into Rod and he graciously surprised me with a nice box of various cards, too.
Let's cover the vintage pickups today. 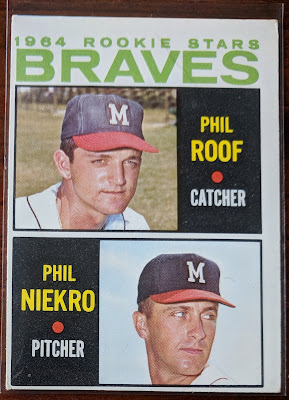 Probably my best deal of the post. Not long ago, I thought I already had a Phil Niekro rookie card since he's got a 2-player rookie in 1965 Topps, which I completed last year, but turns out he's also got one in '64. And it's a tough high-number. This one is a bit off-center, but I was through the roof (pun intended) to score it for just $4. Looking at eBay sales, this card in this condition would likely sell for over $20. 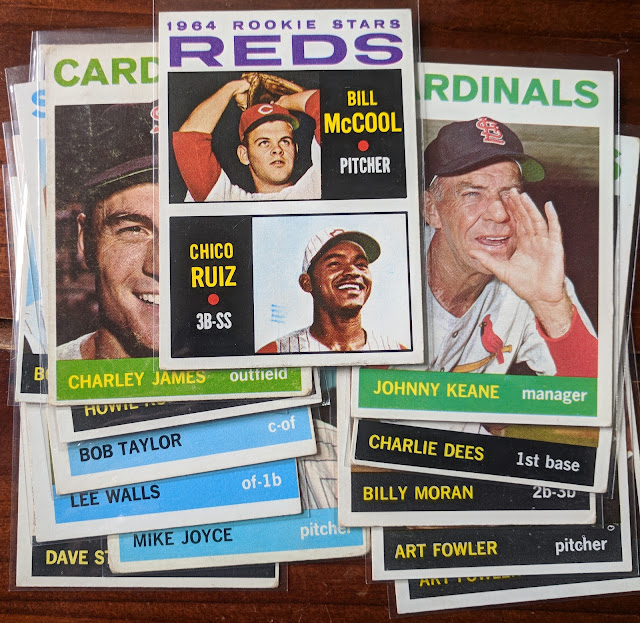 Also a few more cards for my '64 setbuild. (Accidentally grabbed a dupe of Art Fowler.) 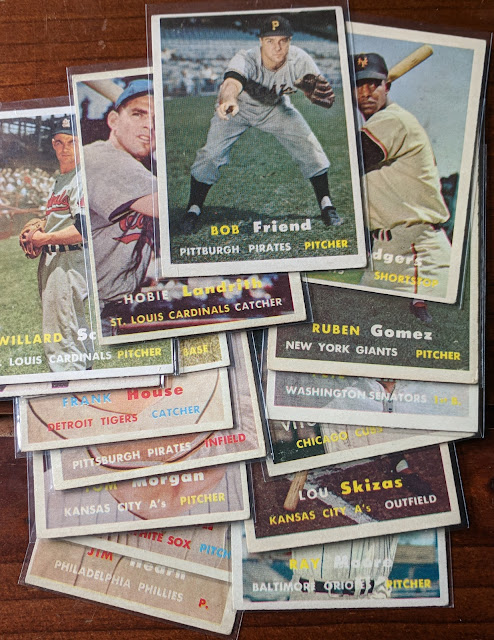 And I found 16 needs for my '57 Topps setbuild. Not a lot of familiar names, but there were a couple from the tough 4th series plus Bob Friend who was an All-Star a few times. This lot officially pushes me past the ⅓ complete mark with the set! (Now at 33.81% complete.) 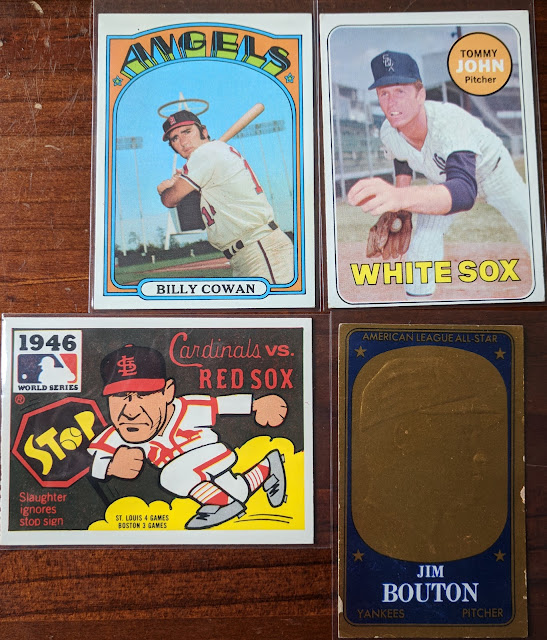 Some various fun stuff I threw on my pile. I'm getting near the end of reading Jim Bouton's Ball Four. 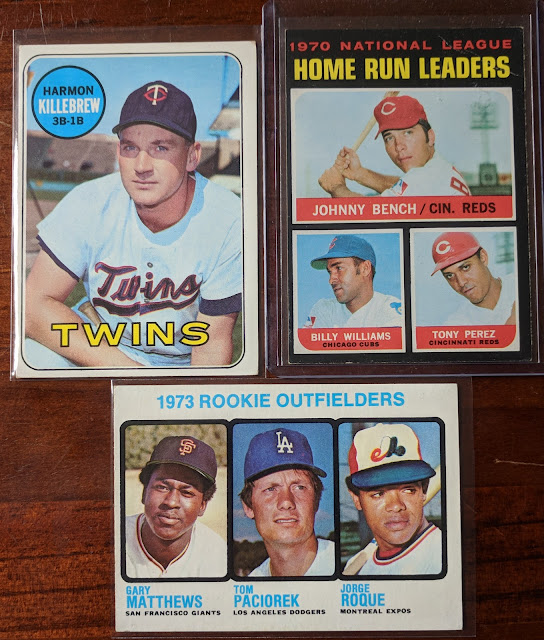 And here's a trio of cards I already owned, but they were in too nice of condition to pass up for a buck each (actually I think the '71 was from the 50¢ box). Upgrades headed to my Killer PC, '71 set (and I collect all 3 of those guys, so the dupe will have a home), and '73 set.

Not a bad haul! More card show pickups to feature later. Thanks for stopping by.
Posted by defgav at 4:27 PM