Earlier this year, I discovered there was a guy from my high school currently playing in the NFL. Not only that, but he was a Super Bowl champ as a member of the Patriots. I then set out to get Joe Cardona represented in my card collection. 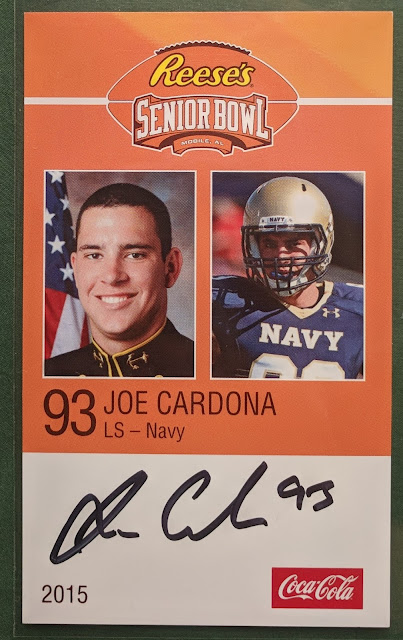 The only autographs of him I could find were these oversized promo cards from the 2015 Senior Bowl. I worked out a deal with the seller to buy two of them so I could have one to keep as-is, and one to make into a cut-signature custom... 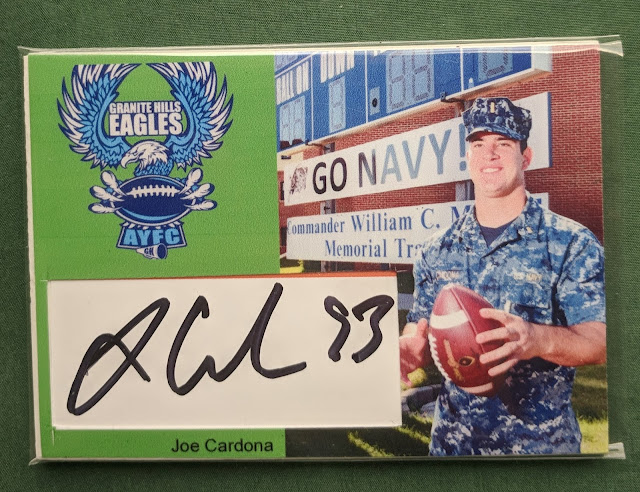 This definitely isn't one of my better custom designs, but it gets the job done. 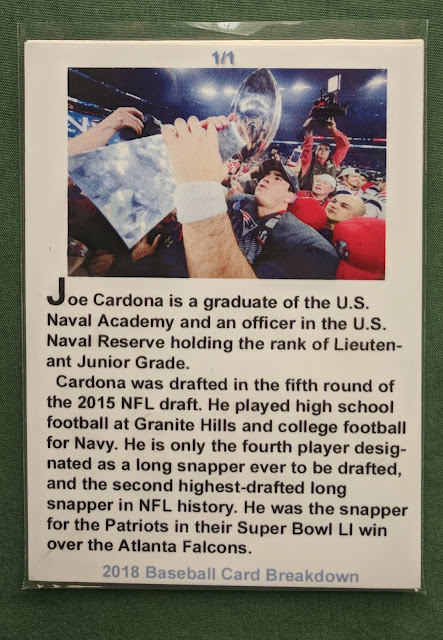 The back of the custom. 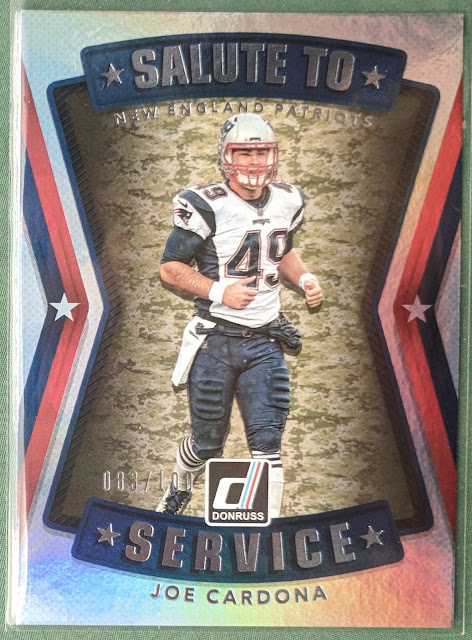 Looks like Cardona has just one real card out there, a Salute to Service insert in 2017 Donruss. I picked up this "holo" parallel (foilboard) #'d 083/100 in my latest COMC order. I still need to score the base version one of these days. 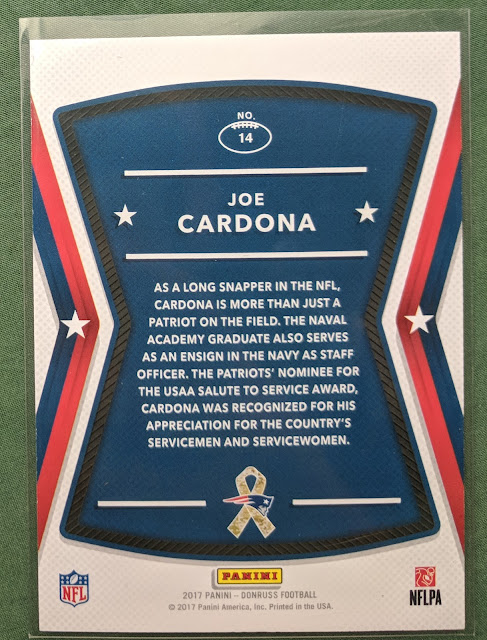 Pretty cool. Thanks for your service, Joe! You do Granite Hills proud, on and off the field.

I think it's neat my high school has produced both a Super Bowl champion and a World Series champion (Shane Spencer).

We also have an Olympic champion in David Lee, who gold medaled in volleyball at the 2008 games. I wonder if he has any cards out there? (Hard to search for "David Lee" as you just get a bunch of "David Lee Roth" results. Plus there's also a basketball player with the same name.)

Doesn't look like Granite has ever had a grad make the NBA, though the great Bill Walton went to rival Helix High in neighboring La Mesa, and there's a rookie on the Pacers this season, T.J. Leaf, who seems to be the first NBA player from El Cajon (went to Foothills Christian). Maybe I should add those guys to the short list of basketball players I collect. (Attn: Billy, Kerry, and any other basketball card collectors who may be reading: Send me any available Bill Walton and TJ Leaf cards!)

And I don't think anybody from my school made it to the NHL. Probably not a lot of Southern Californians go on to become professional hockey players (though my good friend Jason was a big hockey guy who played on amateur teams back in the day, so I know there's some hockey action down there).

Researching other local standout athletes now.. Wow, I had forgotten that Greg Louganis, perhaps the greatest diver in history, was born in El Cajon. He didn't attend Granite, but rather hated rival Valhalla before moving away. That's close enough for me to consider him a hometown hero, so I should still try to pick up a card or two from him sometime. 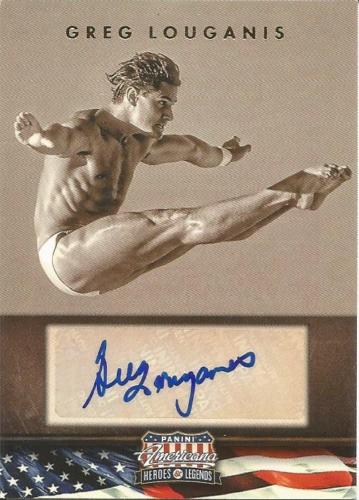 Ok, while typing up this post, I just now scored this auto off eBay for a few bucks. Cheating a bit including it in this post since it's not in hand yet, but oh well. Cool.

Thanks for reading, and stay classy, San Diego.
Posted by defgav at 4:43 PM