Looks like the Stanley Cup playoffs begin tonight. And unrelated, but I heard that you're supposed to wear a hockey jersey tomorrow (4/12/18) as a remembrance to the Humboldt Broncos of the Saskatchewan Junior Hockey League that recently suffered a horrific bus accident. I don't own a hockey jersey, but I do have some hockey cards to feature here. (Figured I'd post this a little early as opposed to tomorrow since I usually post later in the day.) 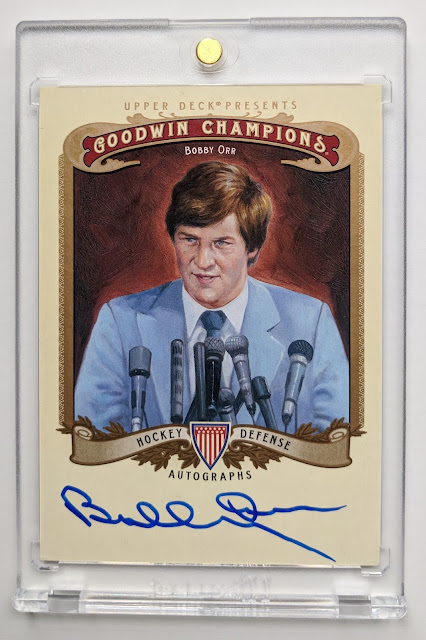 Here's a recent pickup I was pretty excited about, the great Bobby Orr! It might not be the most attractive card (I generally don't care for mass produced "art cards"), but for a reasonably-priced, on-card auto, it was the way to go. 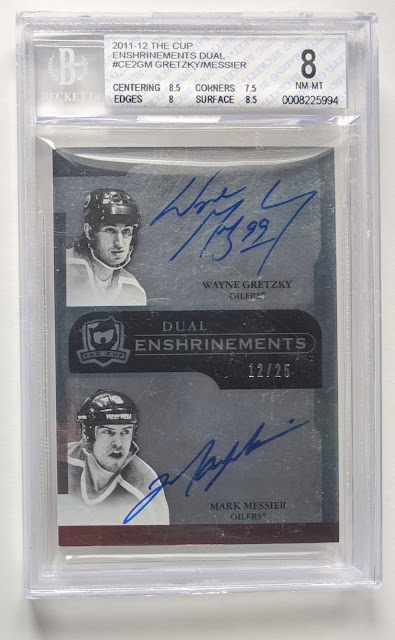 I've shown this one before, but as long as I'm busting out my good hockey cards, I'll show it again. There's a lot for me to like about this card.. Gretzky auto! Messier auto! Christmas Card! Again, not the prettiest card around (I generally don't care for foilboard cards), but that probably helped keep the price within my budget. 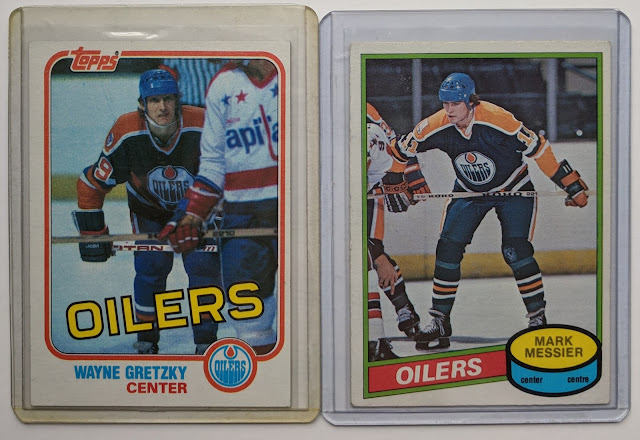 And some early cards from this pair. 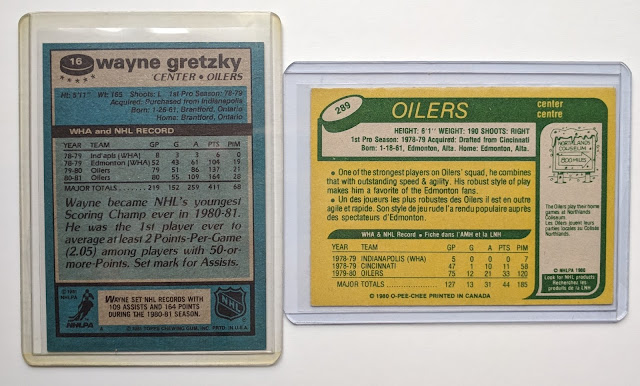 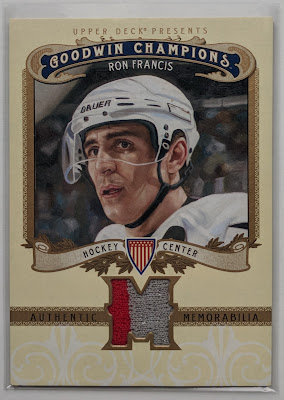 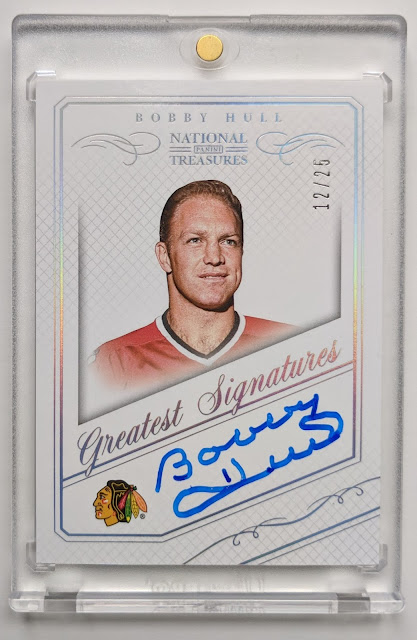 Here's the other recent pickup I wanted to show off: Bobby Hull! It's a real nice-looking Christmas Card. 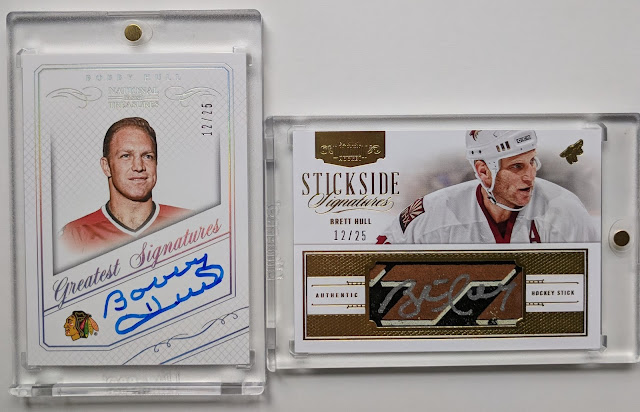 And now I've got my first Father & Son pair of 12/25 autos! I picked up the Brett Hull auto a few years ago when I first started going after Christmas Cards and wanted to add an impressive hockey card into the minicollection.

While I've never been super into hockey, I've got a deep appreciation for the greats and enjoy adding them to my card collection once in a while.

Thanks for reading.
Posted by defgav at 4:24 PM