Sometimes I hate trading. I go through periods where I'm filled with anxiety about trades.. worrying that either I'm not giving enough, or not getting back enough. I've come close to posting "I'm suspending trading for a while" posts just to take some time off, but have yet to go through with publishing any of those drafts. So far, I've been able to take a deep breath, sleep on it, and power through it and am usually out of the funk before long. If trading partners aren't happy with the returns I give them, they don't have to continue trading with me. And if I'm not happy with what I'm getting back, well, as long as it's not a complete fleecing, it's not worth stressing over it. But most of the time, the trades are completely adequate and it's just my own mental hangup.

Anyways, here are some incoming packages from trader buds!! 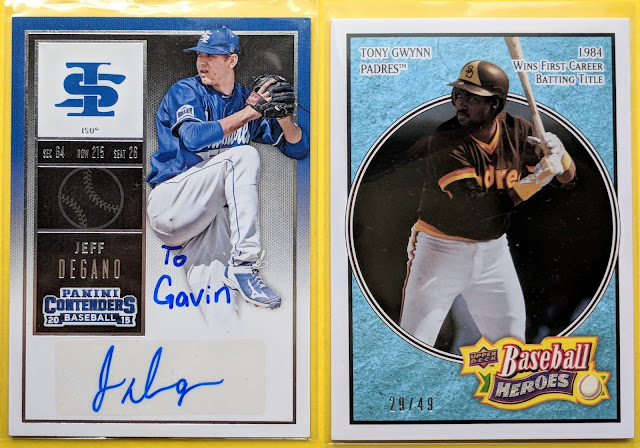 We're kicking off with a big Zippy Zapping. These were probably my 2 favorite cards of the package: a personalized stickergraph and a nice-looking #'d Gwynn. Jeff Degano is a Yankees farmhand who hasn't had much success since being drafted in the 2nd round in 2015. But still, that was cool of Zippy to think of me, and for Mr. Degano to oblige. 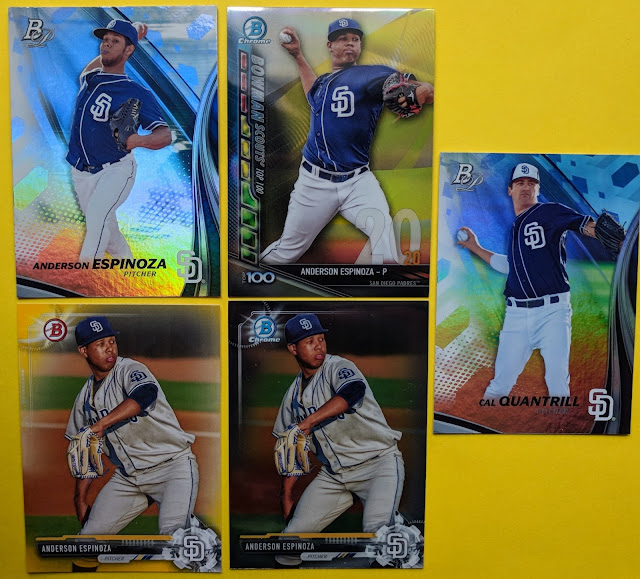 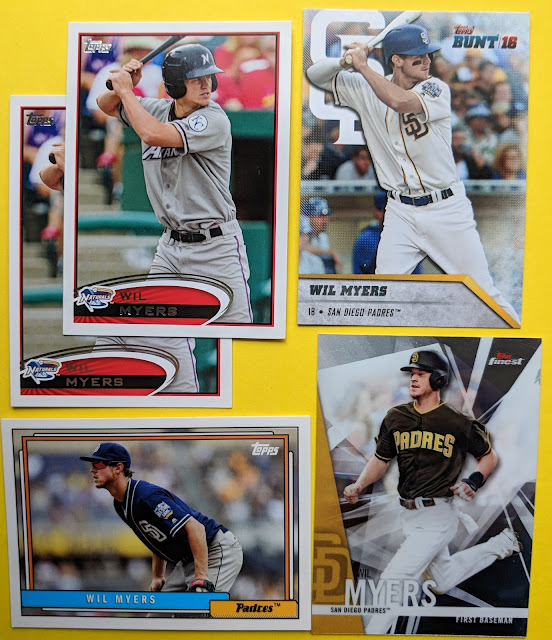 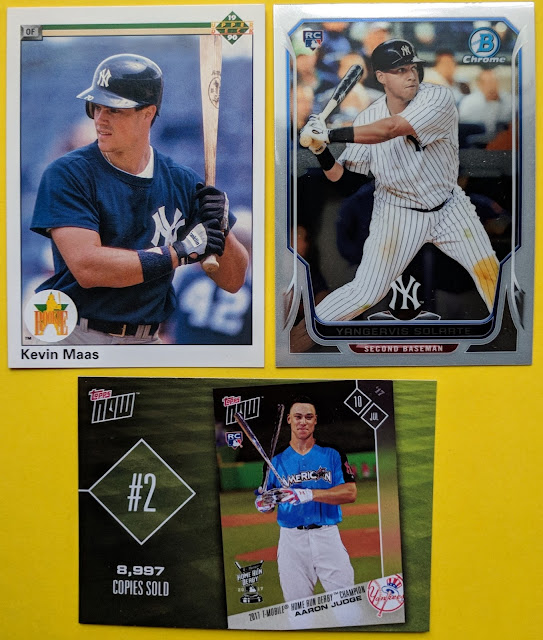 Zippy had a few extra Yankees that fit into my collection. 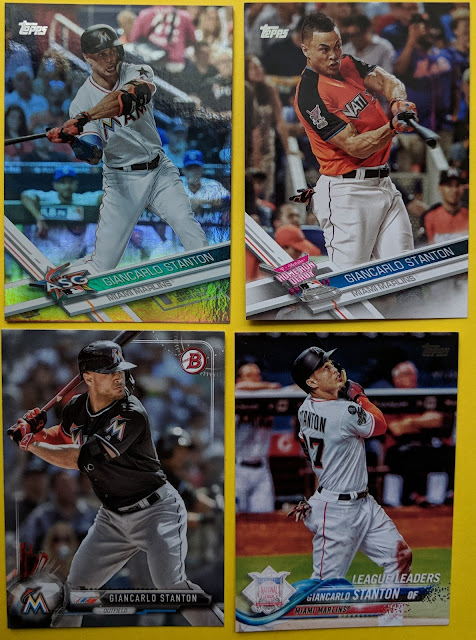 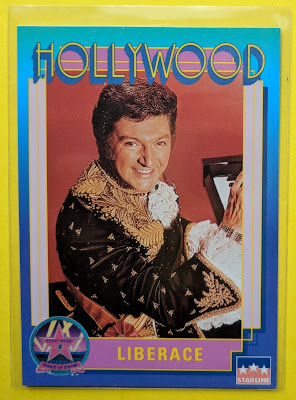 Here's a sentence that probably hasn't been uttered many times in human existence: I'm very happy to get this Liberace trading card! But yeah, it's another spot filled in my We Didn't Start The Fire binder. 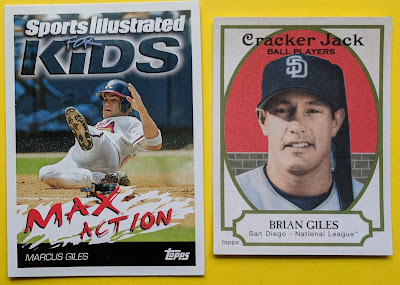 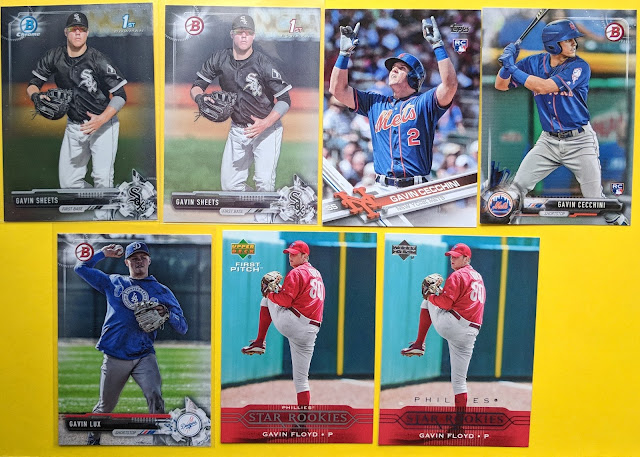 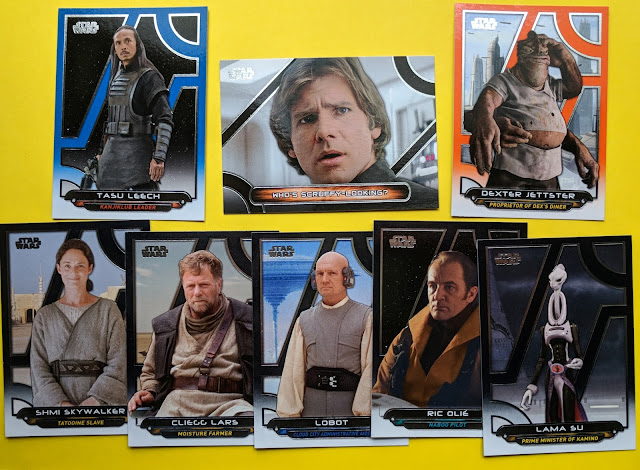 I'm not a hardcore Star Wars collector, but love getting a sampling of the sets that are out there, and here's a new one for me.

Thanks, Zippy! I'll be getting a return out your way soon. 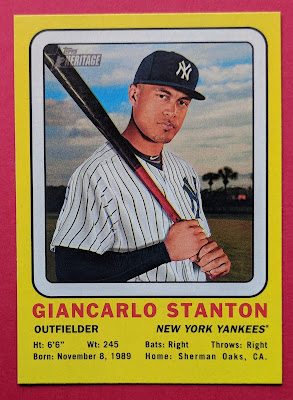 Here's a quick trade from Chris at Nachos Grande. I had been hankering for one of these "Collector Card" inserts based on 1969 Transogram. Chris pulled this Giancarlo from a box of 2018 Heritage and didn't want it, so I spoke up for it and sent him a PWE of 2017 Archives needs. Cool card. I'd love to get an original one of these someday, and am keeping an eye out for a Dick Allen. 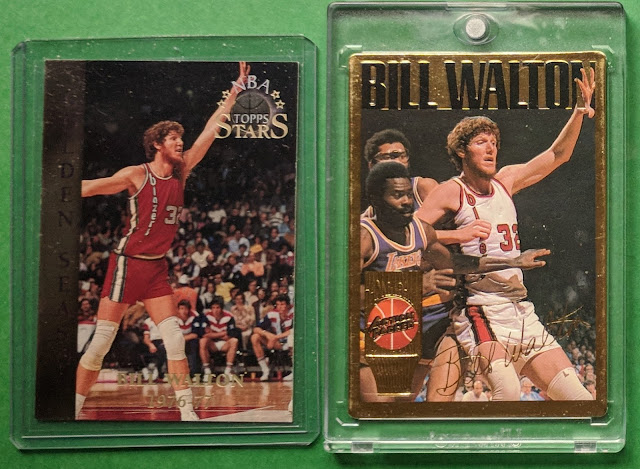 Billy at Cardboard History read my post a few days ago where I mentioned wanting Bill Walton cards, and surprised me with this pair. Very cool. 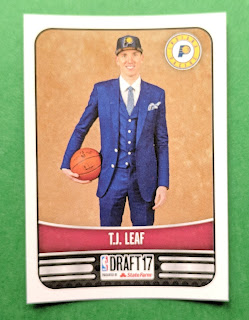 And my first card (sticker, actually) of T.J. Leaf, the first NBA player from my hometown of El Cajon, CA.

Thanks, Billy! I've got some stuff adding up to send you soon. 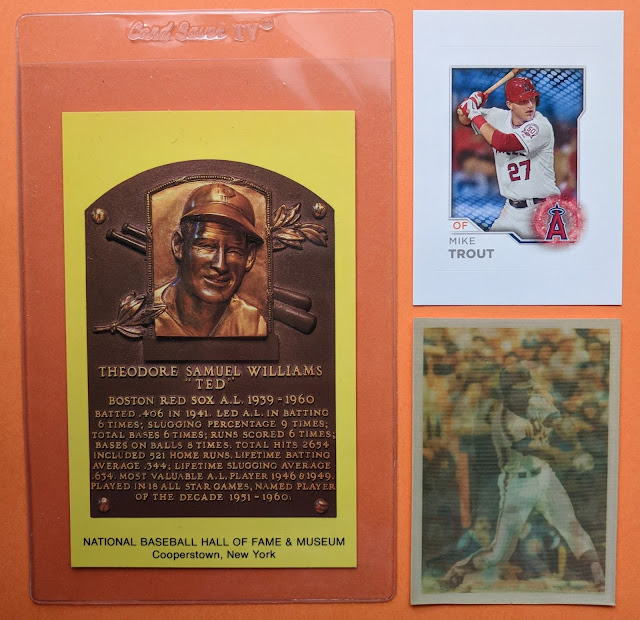 Last for today is a cool bunch of various stuff from Mark Hoyle. I've seen a lot of these yellow HOF plaque postcards online, but this Ted Williams is the first in my collection. Also a Trout sticker and a Sportlics card featuring Mike Schmidt, George Foster, and Dave Kingman. 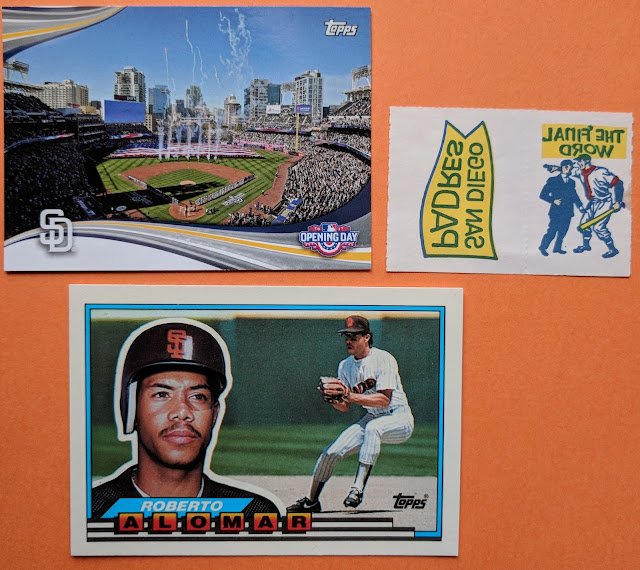 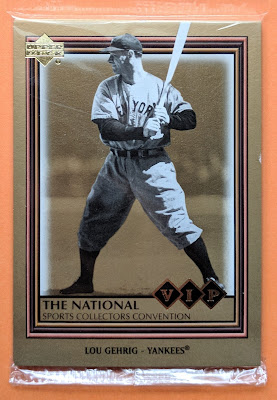 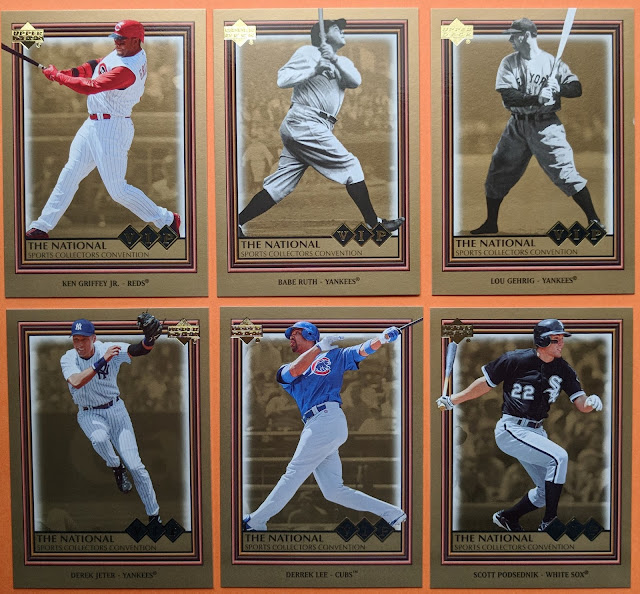 Nice cards, and I collect most of these guys! The convention must have been in Chicago that year, justifying the inclusion of Derrek Lee and Scott Podsednik along with the all-timers.

Big thanks, Mark! I will be rounding up some Red Sox to shoot your way shortly.
Posted by defgav at 3:21 PM

Email ThisBlogThis!Share to TwitterShare to FacebookShare to Pinterest
Labels: trade, We Didn't Start The Fire binder