Yes, I'm wearing Brian Giles' game used pants right now, no joke, but that's a topic for another day. Lots of incoming cards n' stuff lately piling up, waiting for its moment in the sun on the blog, then to be filed away. Time for a blast of awesomeness.

Oh first, I made a couple new baseball card gifs to show off! I really should do more of these; they're fun and seem to get a good response. I spent some time this morning (took longer than I care to admit) on this Ken Caminiti in honor of what would have been his 55th birthday. He's a favorite of mine. 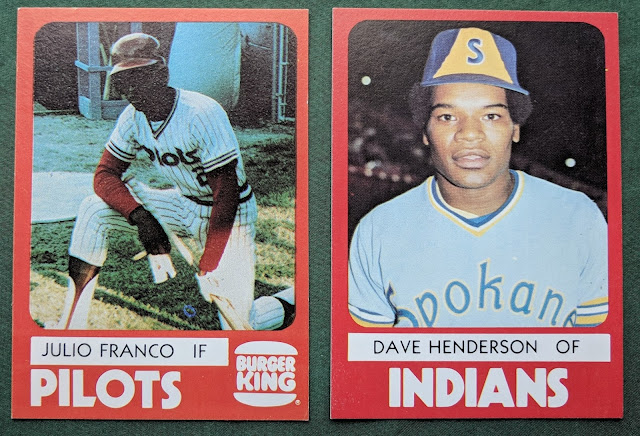 1980 TCMA minor league cards are neat. Just showed off the Fidrych from this set yesterday, and here are a couple other favorites of mine I was happy to pick up. The red borders make me think of McDonald's, though the Julio Franco card is decidedly affiliated with a rival chain. 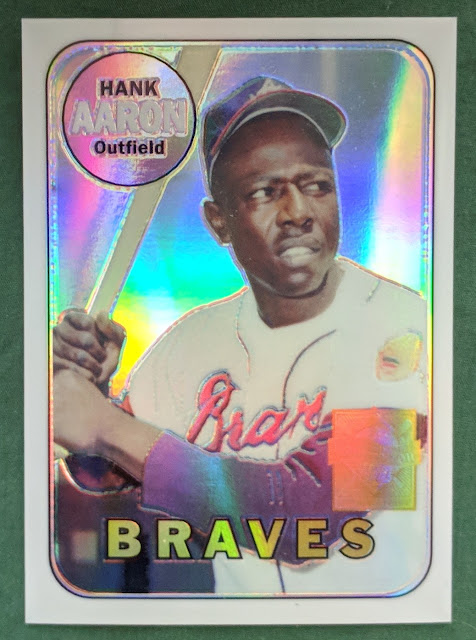 The Julio Franco card was an eBay win. I took a look at the seller's other items and snagged a couple bonus cards for a buck each including this beautiful Hank Aaron refractor reprint. 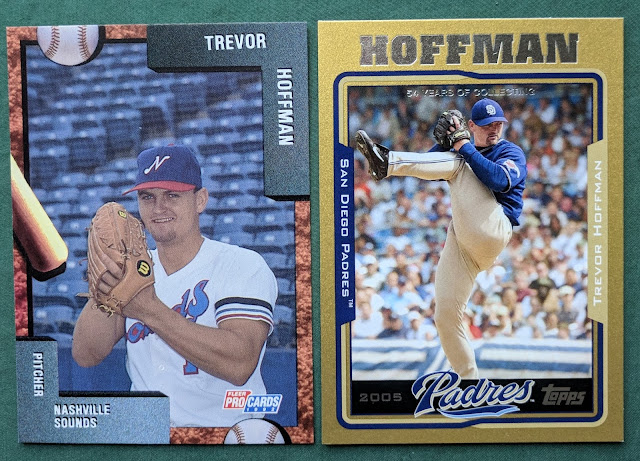 The other combined-shipping add was the gold Hoffman. And then the other day I got another minor league card of his for the PC. Still ecstatic he made it to the HOF. 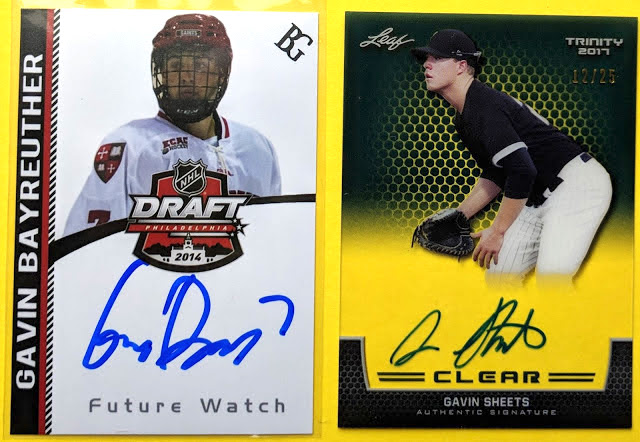 A couple nice new Gavin cards. Score an assist to Doug at the Dollar Store for emailing me with a heads up about upcoming hockey guy Gavin Bayreuther. I was able to pick up this autographed custom for a few bucks. Always cool to add a new "autoGav" to my collection. I wish him a successful career on the ice! And I was also happy to score that Gavin Sheets acetate Leaf Trinity auto for cheap recently. Take a closer look at the upper right corner... Christmas Card, baby! 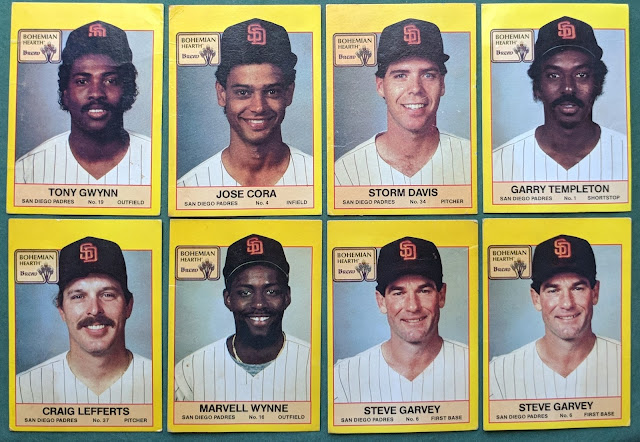 I got a sweet deal on this lot of 1987 Bohemian Hearth Bread Padres. All the cards are in less-than-mint shape, and I only needed the Gwynn, but it was too good of a deal to pass up. And now I've got dupes for my Templeton and Garvey PCs, with the rest available for any Padres fan who might want to trade. I'm down to just needing Dravecky and Flannery to finish off this oddball set. 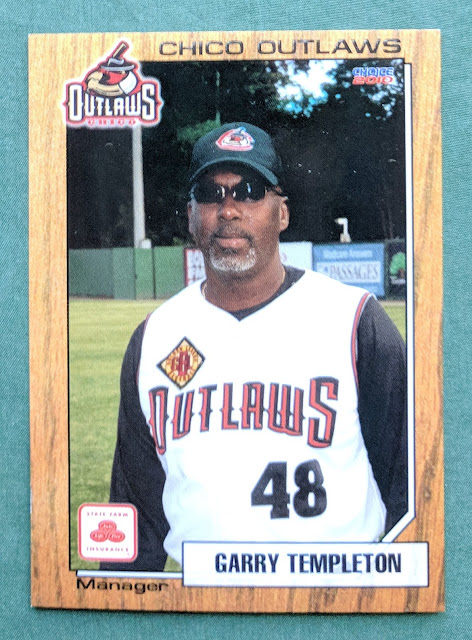 Speaking of my Garry Templeton PC, here's my first managerial card of the man. 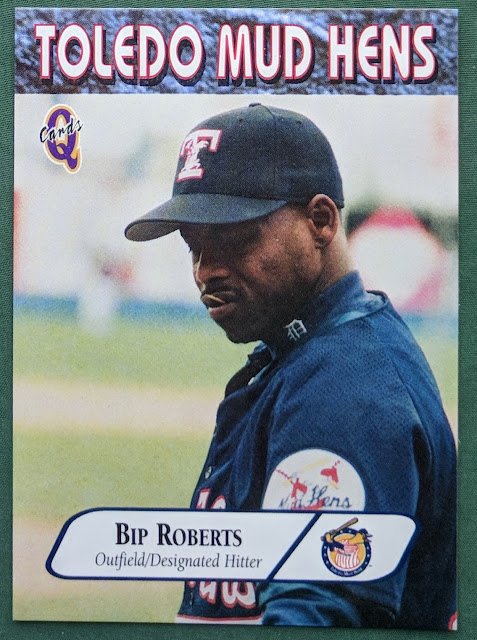 Another Padres fan favorite, here's a Bip Roberts card from his last year as an active player, bouncing between Detroit and their AAA affiliate before being traded to the A's to wrap up his career in 1998. (I struck out trying to get Bip's early minor league cards from back when he was property of the Pirates.. but one of these days.) 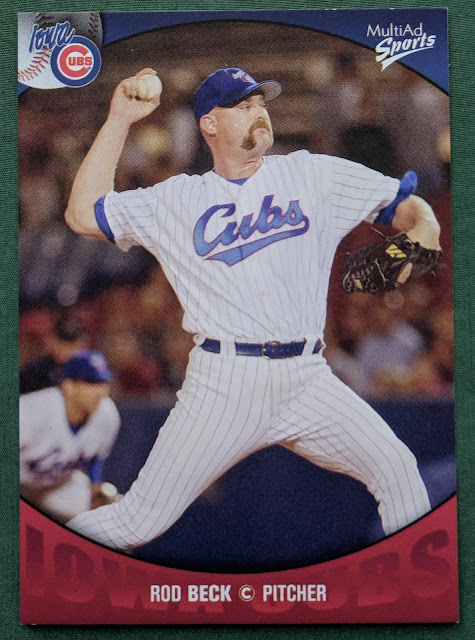 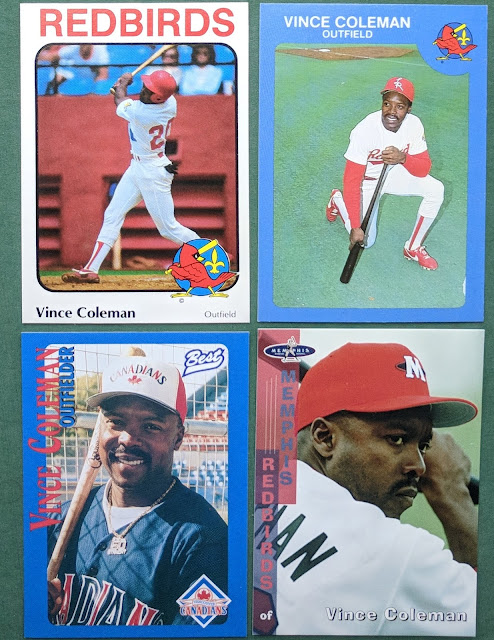 And let's close with this lot of Vince Coleman minor league cards. Two from his early days when the world was his oyster, and two from the twilight of his career when he was struggling to stay in the game. Great cards to spice up my little VC PC.

Thanks for reading! I'm going to go take off these pants now! 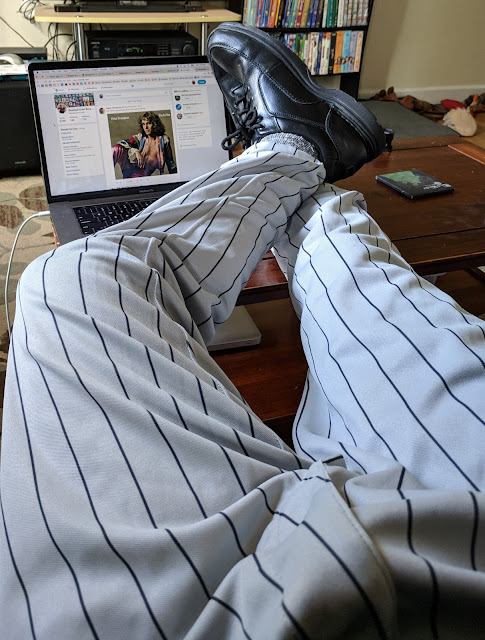