My #1 collecting goal is 2004 Topps Retired refractor autos (see my title banner above). I recently checked another one off my list. 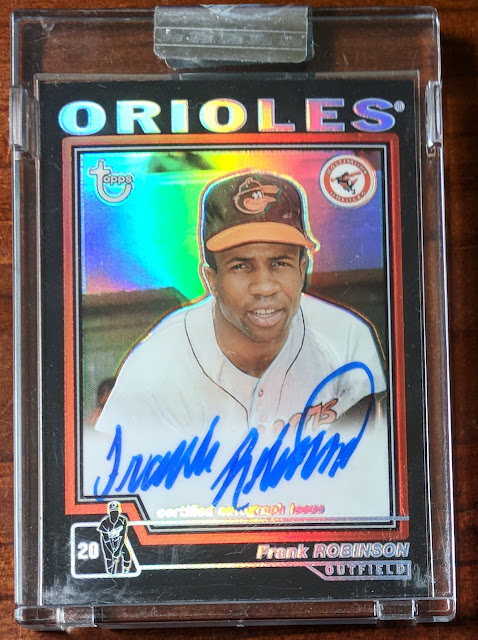 The great Frank Robinson! He's gotten a lot of facetime on my blog lately thanks to recently picking up his '57 rookie card and a couple 2011 sparkly variations. Snatched this ref auto up at a steal of a buy-it-now a few days ago. (Hell, I think I paid more for my base auto version, which is now available for trade, btw.) 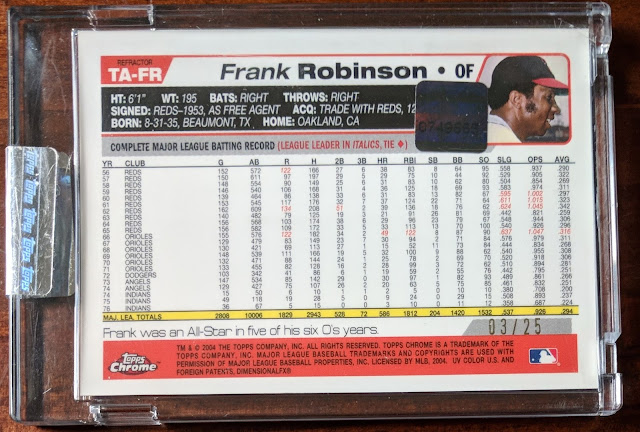 He's undoubtedly one of the best hitters ever, though still has the "Mr. Underrated HOFer" tag. He hit a ton of home runs, but not as many as Aaron or Mays. He won the triple crown, though Yaz usually gets the credit when people think of triple crown winners from that era. And let's not forget the groundbreaking being the first black manager in the MLB. And how cool is it that he was a player-manager? God, I hope baseball has another player-manager in my lifetime!
Posted by defgav at 5:08 PM