This post wraps up the highlights from my latest COMC order. It also completes the series of posts over the past several weeks titled after Appetite For Destruction songs.

Maybe I overestimated the Venn diagram intersection of card collectors and Guns N' Roses fans, but whatever, I'm a big fan of the band and I'll likely continue my "Guns N' Randoms" posts with the Lies album up next. Why not, right? 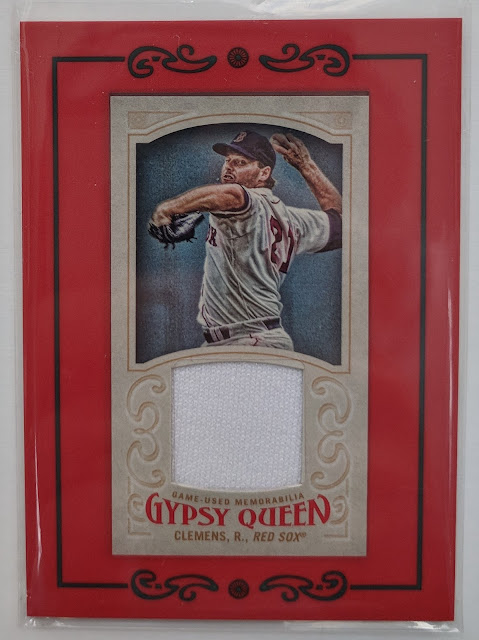 Gotta admit I added this card to my COMC inventory for the sole reason of having a hit card to cleverly include in my "Rocket Queen" post. A "Rocket" Roger Clemens Gypsy Queen relic did the trick. But I also kinda collect him since he's a member of the Springfield Nine (I collect any baseball player who guested on The Simpsons), so it'll have a home in that PC, not just used as a prop for a blog post. 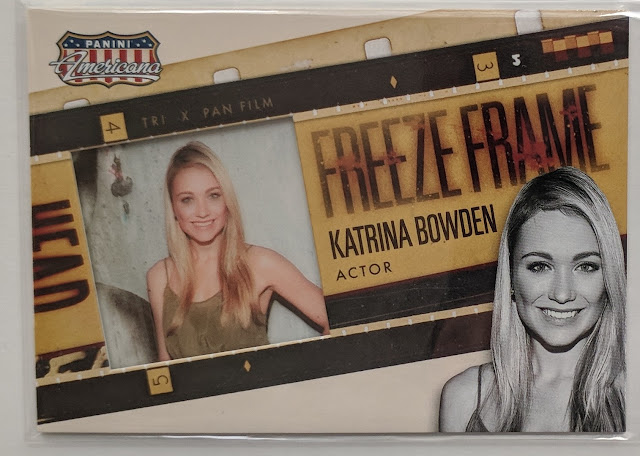 I saw one of these on Sport Card Collectors and had to grab one for myself. I'm a big fan of 30 Rock's Katrina Bowden, and this is my second card of hers after an auto I got a couple years ago. It's got a neat "film strip" thing going on with the acetate inset picture. 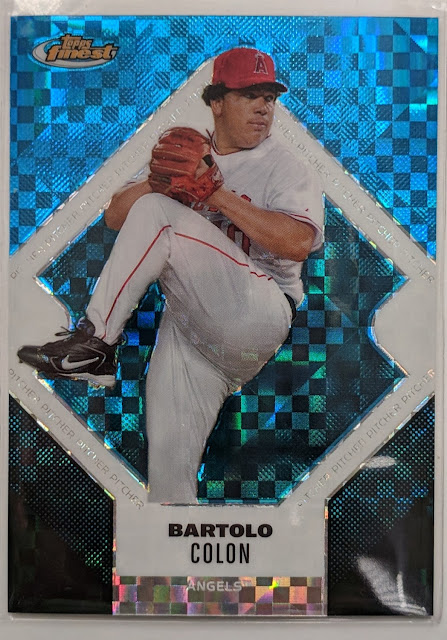 Sometimes I search COMC for serial-numbered cards by lowest-price-first and look for anything cool/interesting/cheap, and that's how I ended up with this /150 Bartolo. Pretty neat that the old guy had a no-hitter going deep into a game last week. A couple more cheap numbered refractors I picked up. Looks like Heyward is having an ok 2018 so far. As for Christian Friedrich, I kinda liked him during his 2016 stint with the Padres, so that was enough for me to pull the trigger on this Bowman Chrome insert a few months ago, though I probably wouldn't today. He seems to be without a team this season. 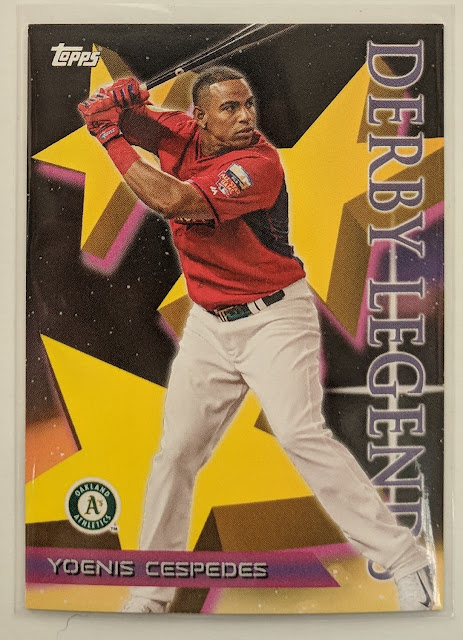 Another lowest-price-first search, but this time with Topps Throw-back Thursdays, the little online-only print-to-order sets they crank out on a regular basis. Grabbed this "1996 Star Power Design" (print run of 1118) to spice up my little Cespedes PC. A nice thing about these is they're on hearty Heritage-type stock. 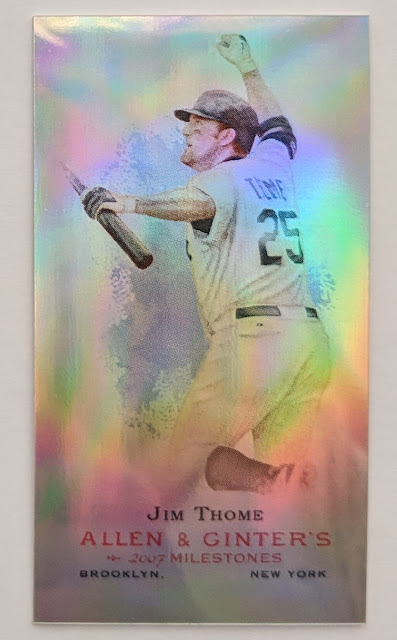 Finally, here's what might be my new favorite (non-framed) mini in my collection.. or at least in the top ten. It's a Chrome-ish Ginter refractor from eTopps. Between the time that I bought it and when I received it, Jim Thome was elected into the Hall of Fame, so that's pretty cool. I just bought my first mini magnetic one-touch for it to display it in style, I like it so much. 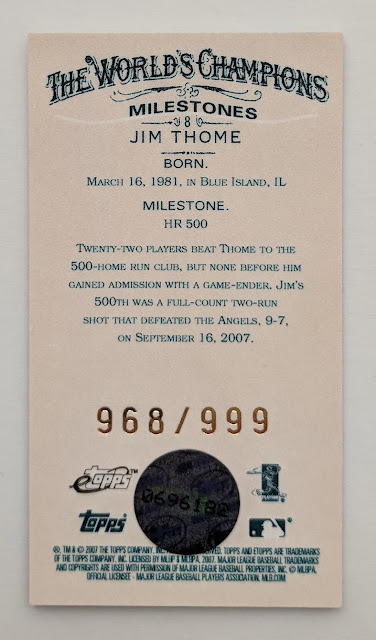 The card celebrates his 500th home run. Numbered 968/999. And with eTopps, you gotta figure a lot of that print run is sitting in a Topps warehouse forgotten about by the owners. Anyways, this shiny mini pairs nicely with the autograph I recently picked up as the best cards in my Thome PC.


Thanks for reading, guys, and remember:
If you need a shoulder
Or if you need a friend
I'll be here standing
Until the bitter end
Posted by defgav at 5:15 PM