I lucked into winning Sport Card Collectors' big Panini giveaway recently, and since he was sending me a package, we threw a little trade on top of it, too. 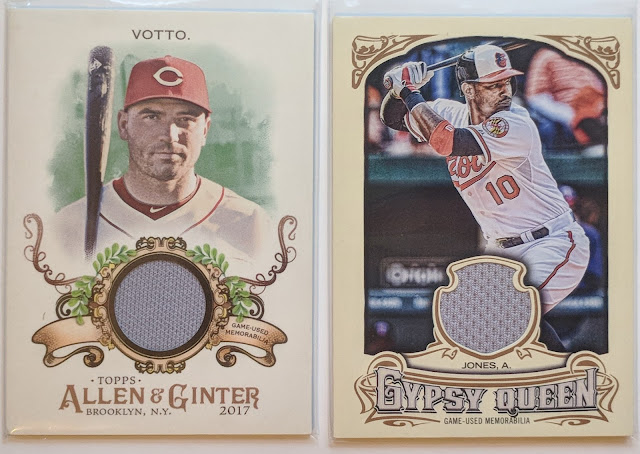 He was kind enough to let me take a sneak peek at his big page of hits-for-trade before it officially went live, and I called dibs on this pair of relics. I think it's the first hit for my young Votto PC. (He hasn't been having a great year so far. Just my luck, he cools off right when I pull the trigger on collecting him. Hopefully he gets in gear soon.) 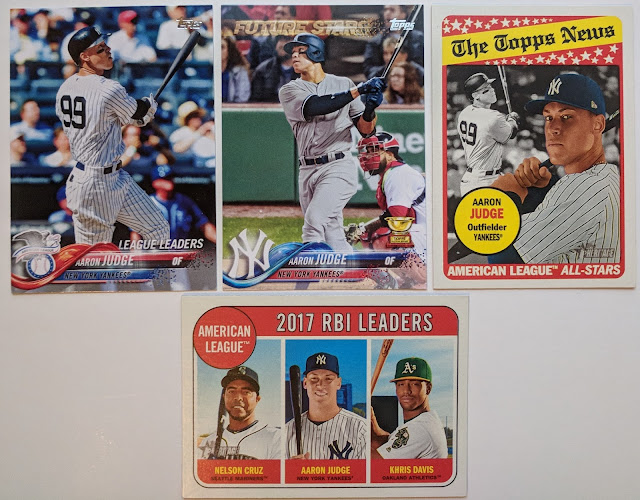 Some artistic inserts of Goldy. 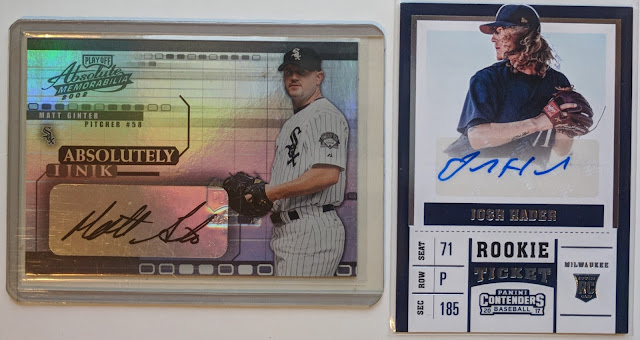 And a couple autos, including Matt Ginter and Josh Hader. Hader's been excellent for the Brewers out of the pen so far this year.

Now we're getting into the football portion of my contest winnings. I don't collect very many football players, so not much of the prize package fits my personal collection, but I was still very happy to boost my trade fodder. Most of the below cards are available for trade, so just get in touch if you'd like to see about working something out for any of these. 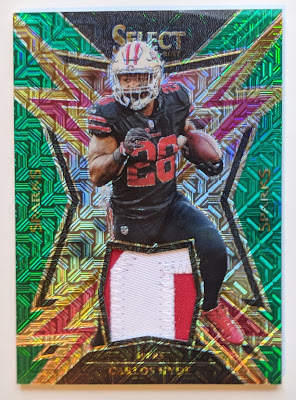 This is a great looking card of 49ers RB Carlos Hyde. Super shiny with a nice patch. Numbered 2/5 on the back! Looks like he recently signed a big contract with the Browns. Hopefully he and new #1 pick Baker Mayfield can team up to help lift Cleveland out of the toilet. 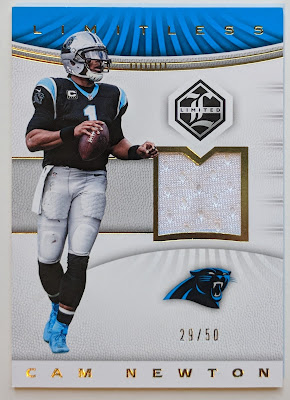 Hey, Cam Newton is a name I know without having to look him up. So that's cool.

Some football autos. If you can't read it, the redemption is for Latavius Murray, a running back who started his NFL career on the Raiders and is currently with the Vikings. 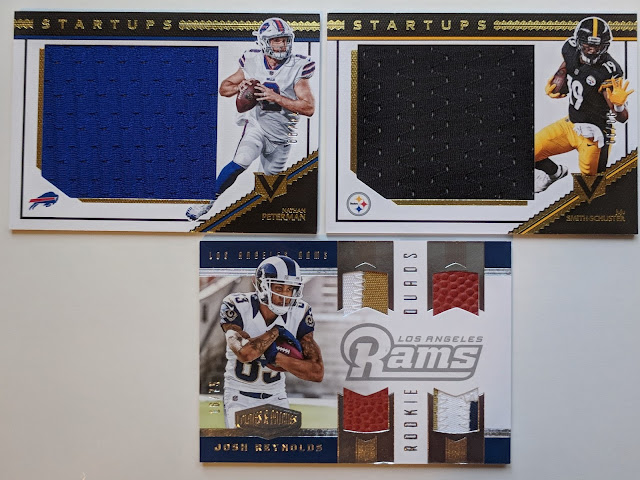 More Steelers.. always nice to get for fodder with my Pittsburgh-collecting trader buddies. 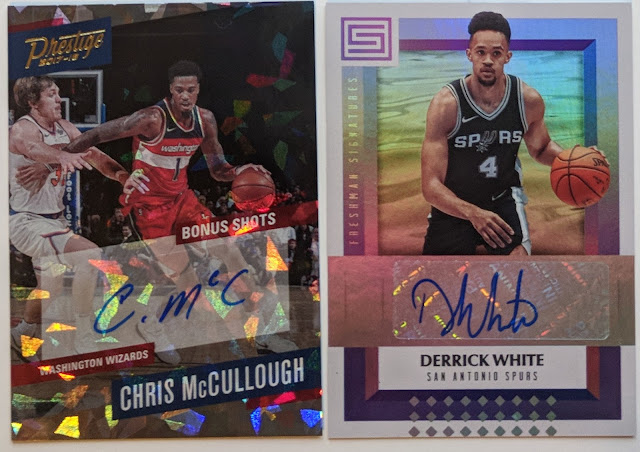 Now we head to the basketball portion of the prize package, highlighted by a couple autos. 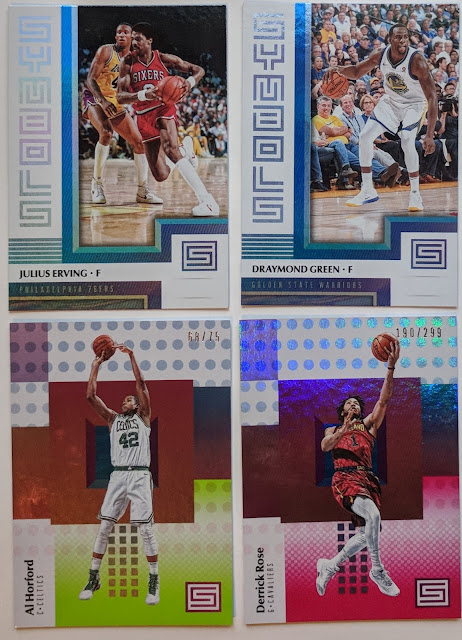 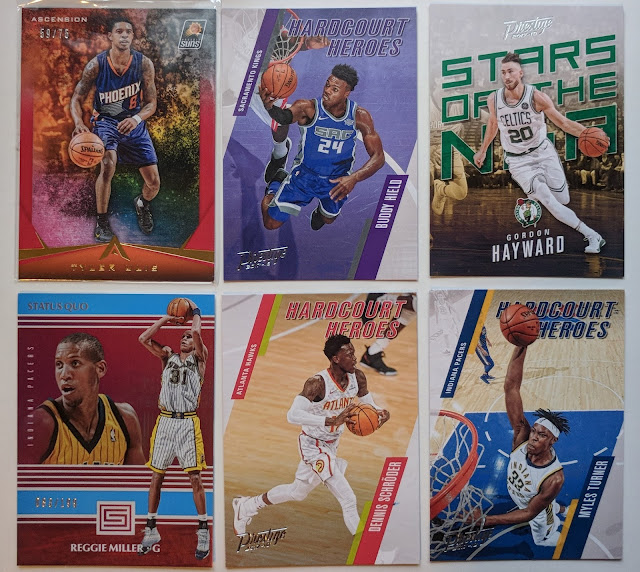 A lot of inserts/parallels including some good names. 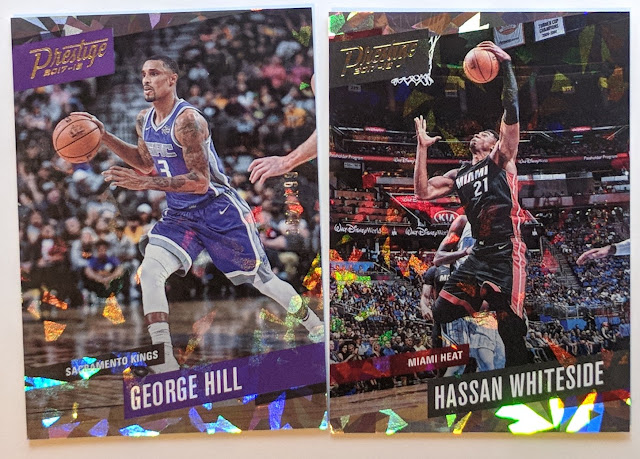 And we'll wrap things up with this shiny pair of /199 cards.

Thanks again, SCC! Fun package of cards, for sure.
Posted by defgav at 3:45 PM