Some more random pickups I've been meaning to show off. 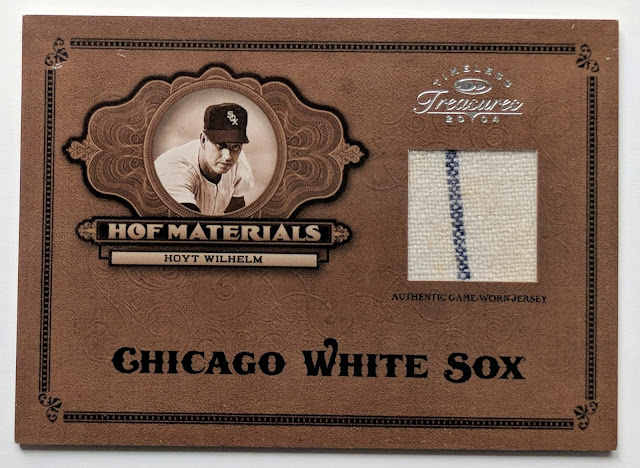 Scored another Hoyt Wilhelm hit with this neat old-timey jersey relic #/50. Grabbed it for a few bucks in the same big order that landed me the Yaz rookie (most of the cards in this post are from that order).

And some minor league oddball Hoyts! Not from his playing days, of course, but there's one paying tribute to greats from the history of the Minneapolis Millers (1978 Halsey Hall Recalls), and a couple cards from his coaching career. That middle card (1979 West Haven Yankees TCMA)... wow, what a bizarre photo. Did Elmer Fudd just blast his beak off? Not sure what's going on there. I checked, and it seems all copies of the card are like this. The card with the group shot (1982 Nashville Sounds Team Issue) also features Johnny Oates (his first managerial card) and Eddie Napoleon. 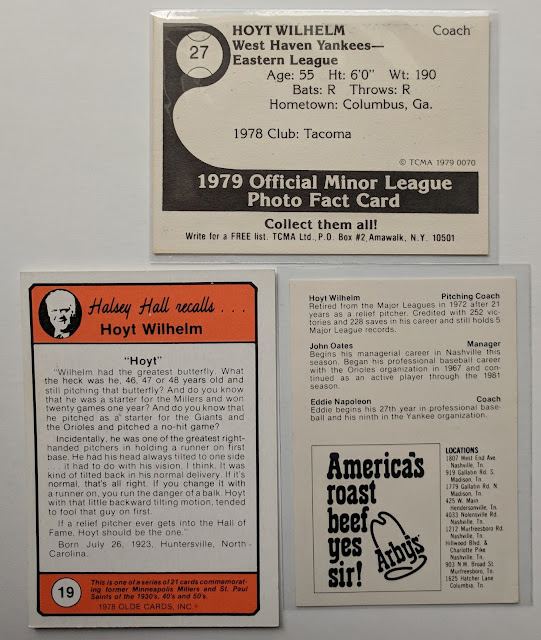 Included a shot of the backs in case anyone's interested. I wonder if any of those Arby's Tennessee locations are still in business. 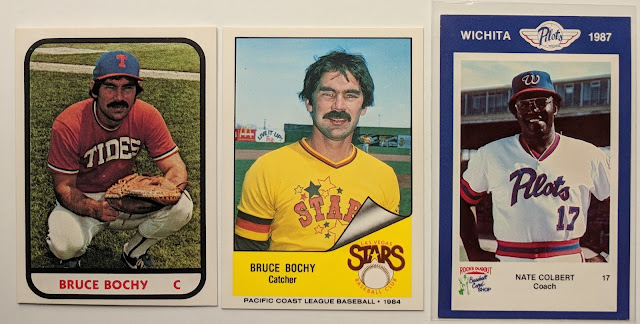 Minor league cards of a couple notable Padres of the past, Bruce Bochy and Nate Colbert. 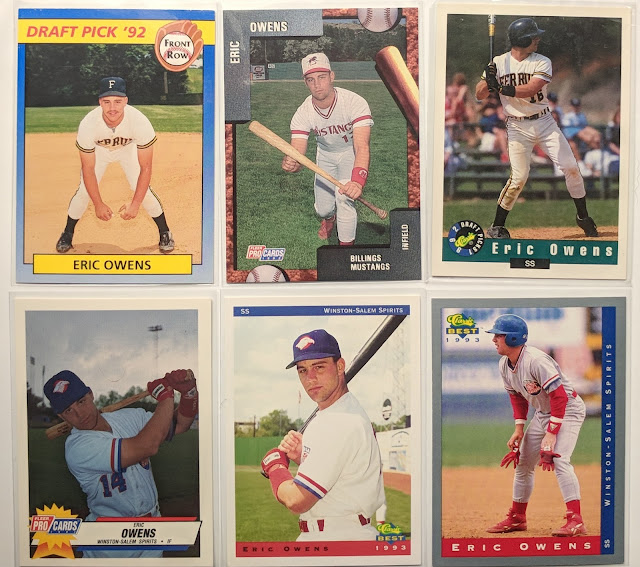 I also gave a big boost to my Eric Owens PC, throwing a bunch of draft pick and minor league cards into my cart. 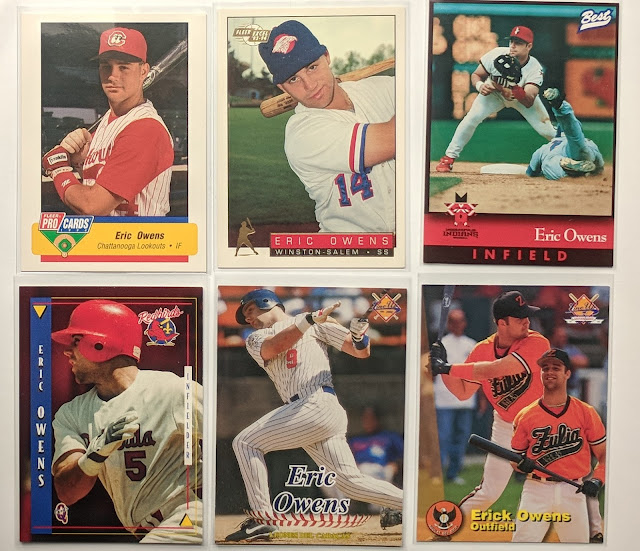 The last 2 in this batch are especially neat because they're imported cards from his stints playing winter ball in Venezuela. 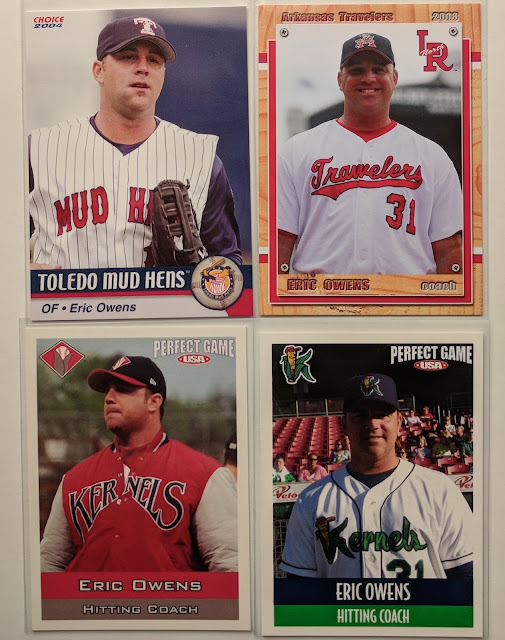 I believe the Mud Hens issue is Eric's "sunset card" as that was his last hurrah in affiliated ball. He played a little in Mexico the following year before going into coaching. He made it back to the big leagues as assistant hitting coach for the Blue Jays in 2015 and 2016. 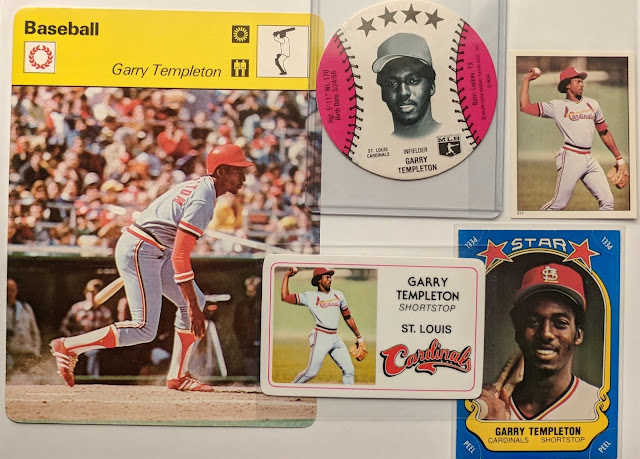 We close today with a cool assortment of Garry Templeton oddballs. Love the 1981 Perma-Graphic Credit Card. While I generally shy away from oversized cards, I was happy to score one of those original Sportscaster cards. When I was a kid, I had some similar cards, but I think they were of planes and ships. Nice to take me back to my carefree boyhood days.


Thanks for stopping by my blog.
Posted by defgav at 3:23 PM