Here are more cards I bought at the recent card show. I'm not good at math, but they were each less than a buck. 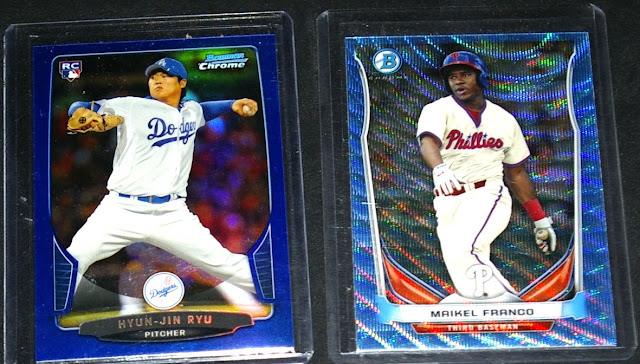 Hyun-Jin Ryu is a pretty good #3 pitcher for the Dodgers, though he was hurt this year and therefore pretty much the reason they didn't advance in the postseason, though Mattingly took the fall. This RC is #'d /250.
Maikel Franco is the Phillies best hope for getting out of the cellar next year. I love Bowman "wave refractors" and this is the blue such parallel. 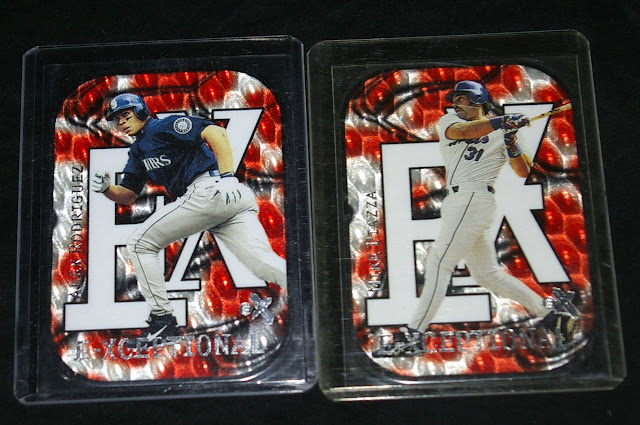 These Fleer EX inserts look really cool in hand. Bowman totally ripped these off for their "cracked ice" parallels. Both #'d /1999. 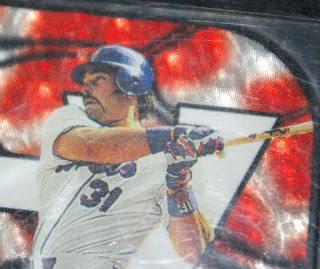 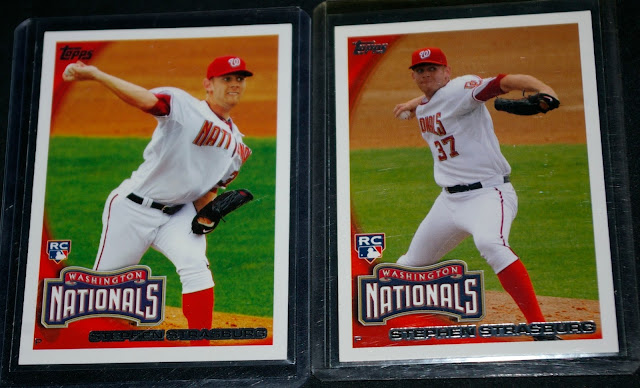 I'm a bit confused by this, but it's 2 Stephen Strasburg cards with the same design and identical backs, but obviously different photos.

See? Same backs. Maybe one of them is worth more than the other? Infinity dollars, perhaps? Who knows. Both nice additions to my PC of the fellow Aztec Alum. Speaking of rookie cards of standout NL pitchers, here's Kershaw and Bumgardner. I was trying to get an idea of the "book value" for that Bumgardner "throwback logo variation RC" and couldn't find it on eBay or COMC so I'm left to assume that its value is also infinity dollars.

I might have to admit that, gun to my head, my favorite AL team is the Red Sox. Xander is cool. And Margot (/500) is a top prospect. The Nomar "AvantCard" has a neat textured thing going on in the middle. 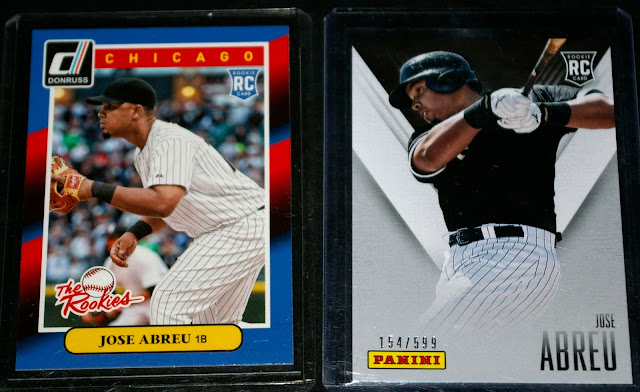 Jose Abreu was pretty hot with collectors this time last year. He cooled off in 2015, but still had a solid season. Happy to add a couple decent cards of his. 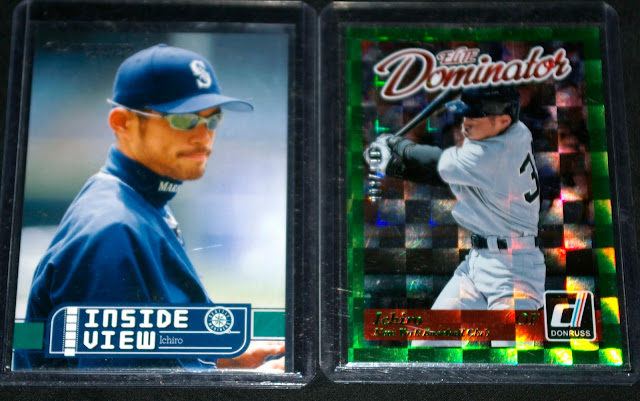 Sort of starting to get a little Ichiro PC off the ground. These two #'d cards are nice additions. 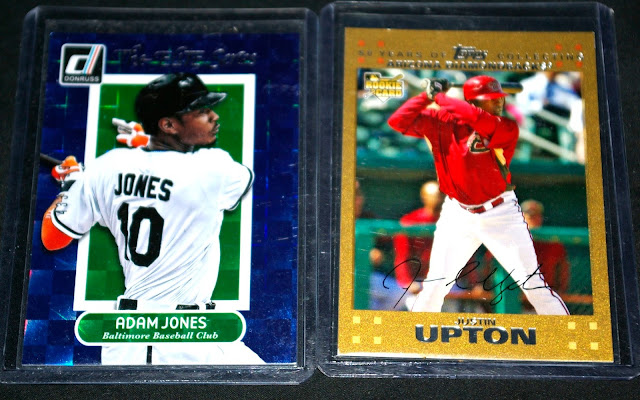 Fellow San Diego boy Adam Jones is another active guy I'm dipping my toe in collecting. And Justin Upton had a decent year for the Padres. He's not likely to re-sign with them, and so I probably won't collect him much.. still this RC #'d /2007 seemed like a good buy. 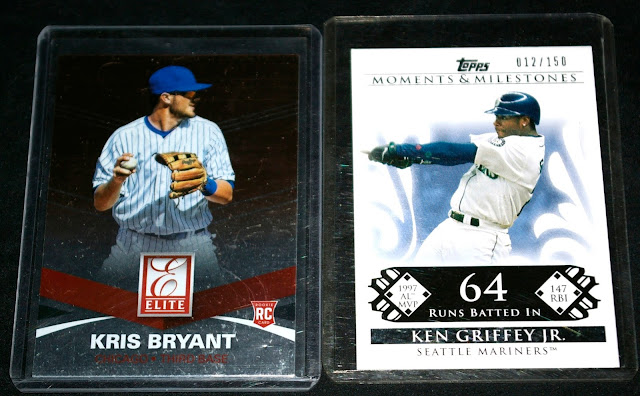 Hyped kids, Bryant and Griffey together again. A Junior #'d /150 is always hard to pass up, even if it is that 2008 Moments & Milestones set did everything in its power to destroy any point in serial numbering cards. 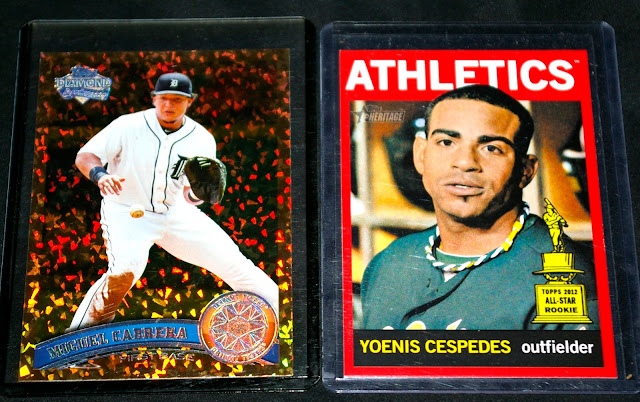 I collect Miggy plus could use this toward my 2011 Topps parallels frankenset. And the Cespedes parallel seemed like a good buy. It'll be exciting to see if he does anything cool in the Series. 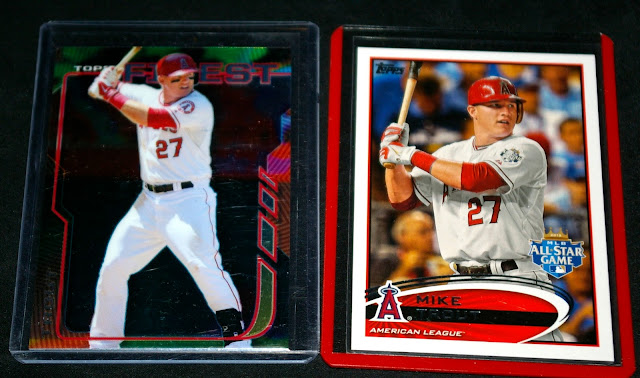 Mike Trout is this player's name. 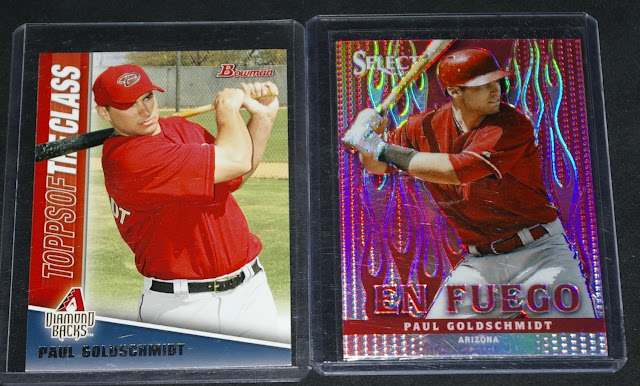 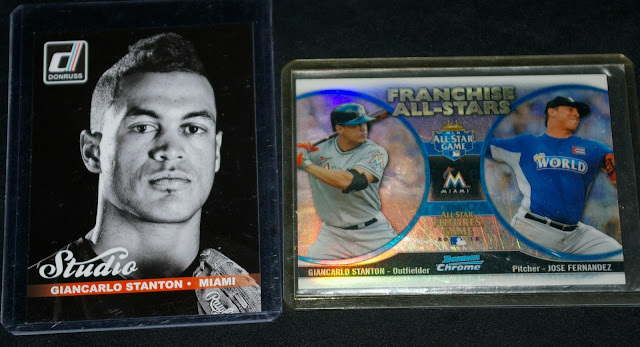 A couple for the Giancarlo PC. 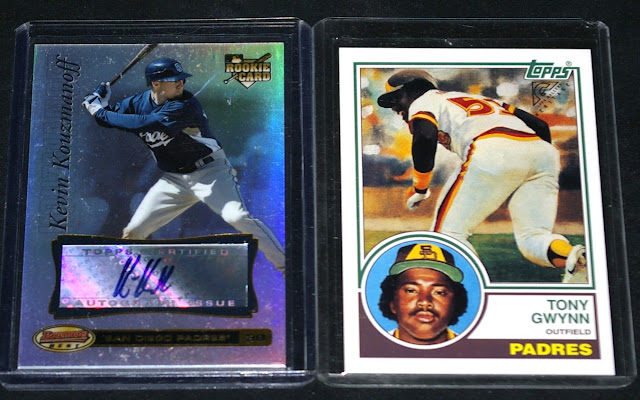 Closing out this post with some Padres contingent, including a Kooz auto and a painted reimagining of Gwynn's Topps RC. I like finding different versions of this card. I hope to someday find a refractor reprint of it, but such a card doesn't seem to exist, if you can believe that. Maybe someday.


Thanks for reading. I've still got probably a couple more posts covering my card show haul due, so expect those early this week.

And yes, don't forget to enter my big 600th Post Contest! This is the last time I'm going to bug you about it. Let's set the deadline to enter as Monday, 10/26 at 5pm Eastern Time.
Posted by defgav at 1:50 PM