Finishing up the card show recap with vintage

The Royals and Mets combined for 8 runs in Game 2 (mostly thanks to the Royals), which makes Stealing Home the lucky winner in the "second chance" contest. Congrats, man! So you had been talking about wanting a custom card commemorating the Curse of the Billy Goat.. is that still the request you're going with? Let me know and I'll get cracking on it, and then send it along with a Dodgers lot for you.

Now let's close out recapping my pickups from last weekend's card show by taking a look at the old-timers I grabbed. 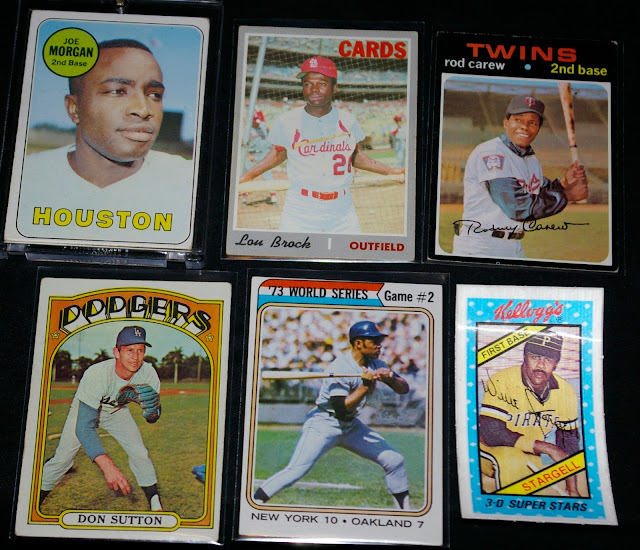 Here's a nice selection of HOFers. I typically don't collect Joe Morgan, but couldn't resist that '69. Lou Brock just chillin'. Nice poses from Carew and Sutton. That 1974 Topps card is Willie Mays' final card from his playing days, but being a World Series Highlight card, doesn't quite count as a true "sunset" card in my book (no complete career stats on back). Still cool. And I was happy to pick up that Kellogg's Stargell. It's in great condition with no cracks. It was in a top-loader, but I prefer letting my 3D Kellogg's bend freely, so I took it out. I don't believe there's been a definitive study that says whether it's best to let these cards curl or keep them flat, but I think stifling the bend is what cracks them. 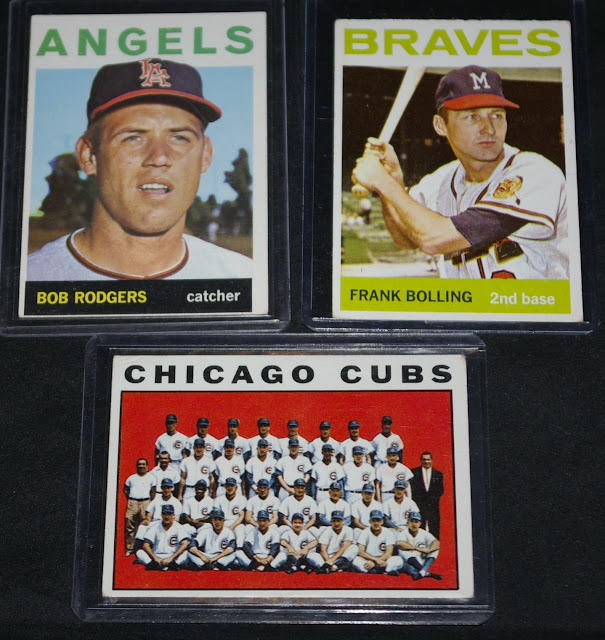 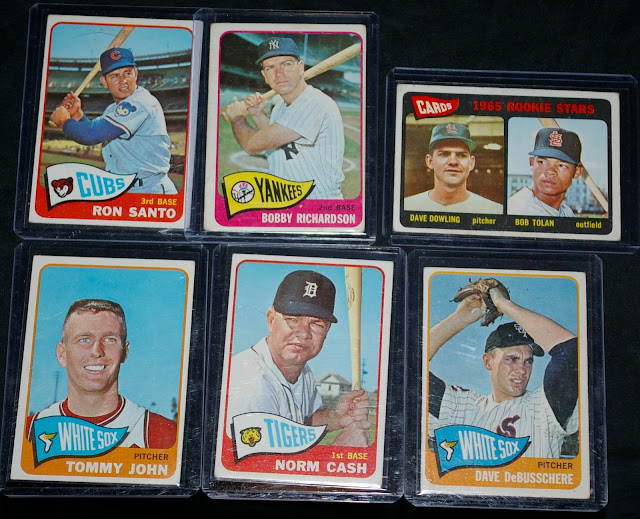 And a few needs for my 1965 setbuild. Santo, Richardson, Tommy John, Norm Cash, a Bobby Tolan rookie.. good names here, though some of the cards are slightly sullied by a kid's initials in pen on the back. Still good enough for me at the sub-dollar price per. Normally I would have deleted this out-of-focus photo, but it made me laugh thinking this would be the type of thing Dimebox Nick would see if he got really drunk. 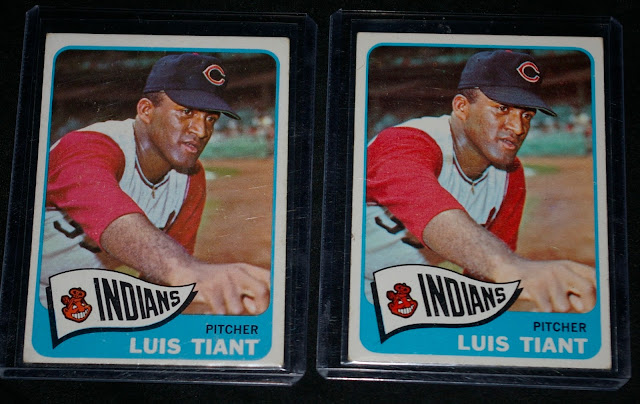 No, you're not seeing double! Two Luis Tiant rookie cards! Each in pretty decent condition, and for that price, I grabbed them both. I can use one in the setbuild and the other in my PC. 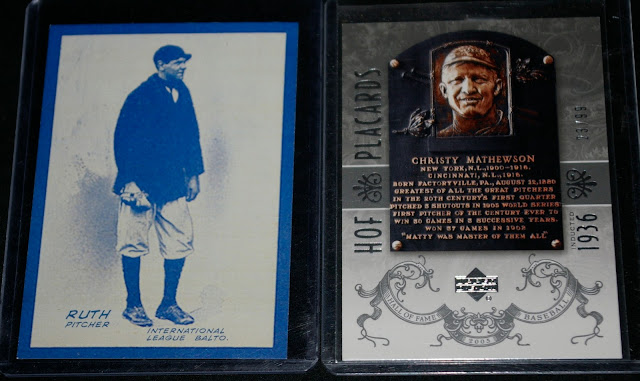 I'm sort of thinking about starting a PC of Babe Ruth allowing only Non-Yankee cards. Unless we're talking about true vintage, his Yankee cards are so boring at this point. But him on the Sox, Braves, Dodgers? Orioles? Then you've got something interesting!

This blue card (2011 Topps CMG Reprints #CMGR1) is a reprint of his "pre-rookie" from before he played in the big leagues. I had never heard of it, but according to the back, there are only like 11 known specimens, originally appearing in a Baltimore newspaper. Wow. Funny how the Honus Wagner card gets all the attention yet this is relatively obscure.

Christy Mathewson is one of those top-tier legends that you don't hear much about anymore. (Translation: Topps doesn't bother including him in sets these days.) This HOF Placards card isn't much to look at, but the 23/99 serial numbering suckered me into throwing it onto my stack. 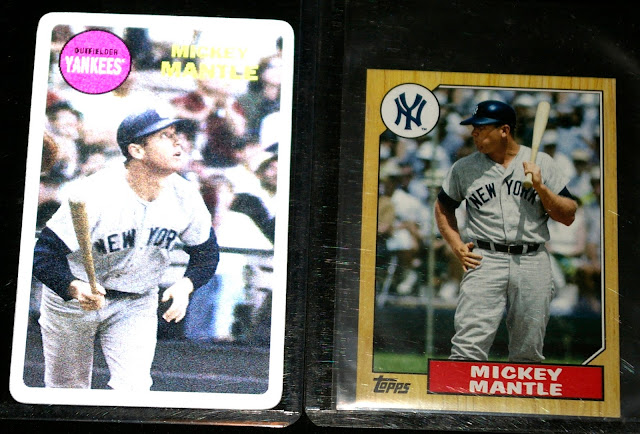 Topps really hit us over the head with Mickey Mantle for several years, but it's now been 2 or 3 years since they put out a new card of his. Maybe it's time for Topps to suck it up and renew their contract with his estate? Panini hasn't been putting out any Mantle cards either. We need new Mickey cards, damn it!! Ok, maybe I'm being sardonic here, but I do enjoy a well crafted Mickey Mantle baseball card.

That's it for this show. Thanks for checking out the cards with me.
Posted by defgav at 4:02 PM