Some nice cardboard surprises showed up earlier this week in a couple envelopes.

First up is Jedi Jeff from 2x3 Heroes, kindly dropping dupes from his 1964 Topps setbuild on me. 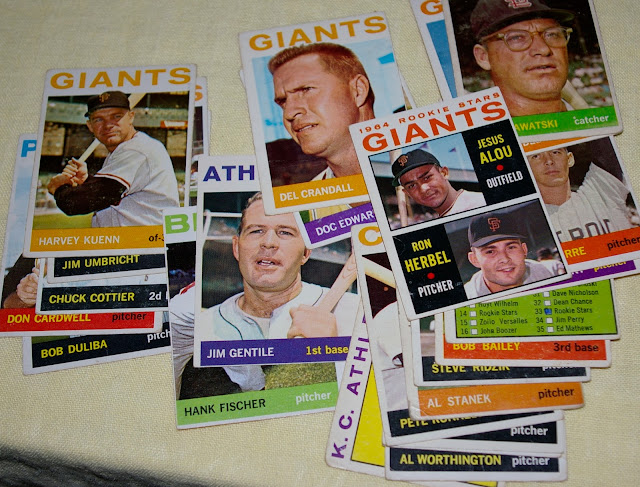 I think the highlight has to be the Jesus Alou RC, though there's some other good stuff in there too and it's all much appreciated. Thanks to this lot, I've now passed the ¼ complete point in the set. Always nice to hit a milestone like that. Thanks, Jeff!


The other PWE I got was courtesy of Nick from the Dimeboxes blog. You know you're in for a treat when Nick drops some cards on you! 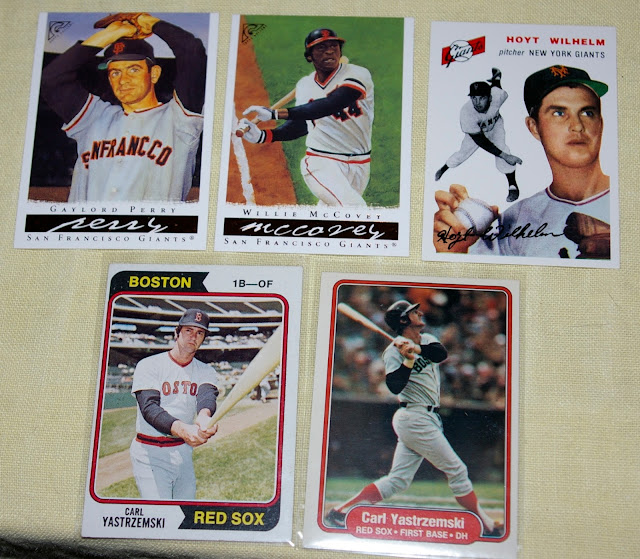 Some old-timer favorites of mine.

I love Rod Beck. Even in a Giants uniform. 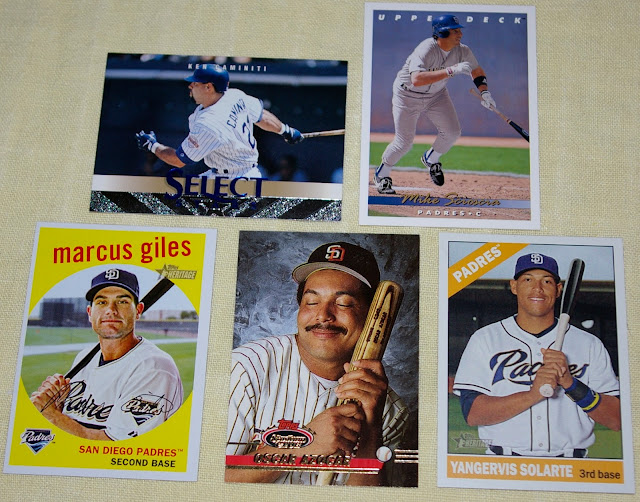 A nice selection of Padres. Don't think I've seen that Caminiti before. I've been after that "zero year" Mike Scioscia for a while. He was with the Padres for spring training of 1993, but injured himself and never made it into an official game with the club. Then we've got a swell Marcus Giles, cardsphere favorite Oscar Azócar, and bright spot on this season's team, Yangervis Solarte. That's my first card from this year's Heritage High Numbers. 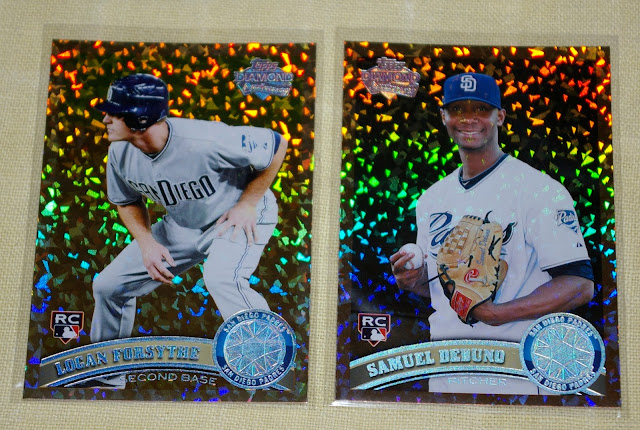 Lastly, Nick gave me a couple liquorfractors to put toward my frankenset of 2011 Topps parallels. Cone-cup enthusiast Sam Deduno pitched in just 2 games total with the Padres. This season he got into 9 games with the Astros, so he's got a chance to be part of a championship team with a little luck, though he's not on the playoff roster but instead on the DL.

Big thanks for the cards, Nick! And thanks again to Jeff. And thanks to you for reading. Have a great weekend, everybody.
Posted by defgav at 3:49 PM