Creeping along in my progress to complete these vintage sets.

Reader Nick K. emailed me a couple weeks ago saying he's working on '64 as well and had plenty of doubles to trade. I ended up with a nice lot from him.
Some highlights! 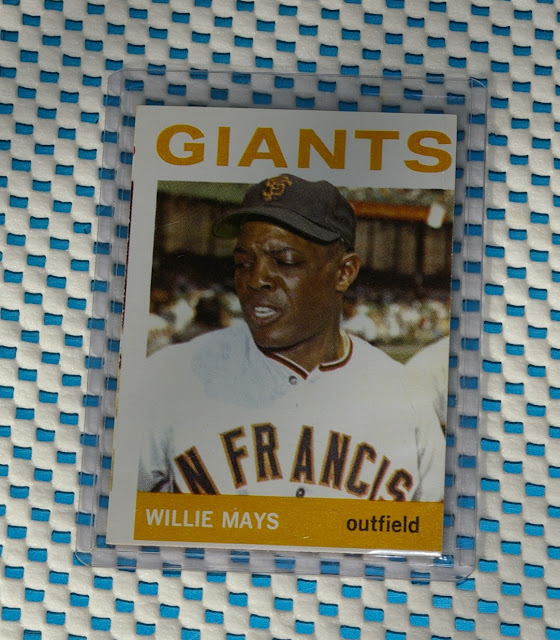 Here's one of the biggest cards of the set, the legendary Willie Mays! The card is a bit miscut, but I think it works in this instance. It's hilarious! Willie seems to be yelling at the left border for screwing up his card. "What da hell you think you doing making this card all 'bout you?! You get back in your place dis minute, ya hear?!" 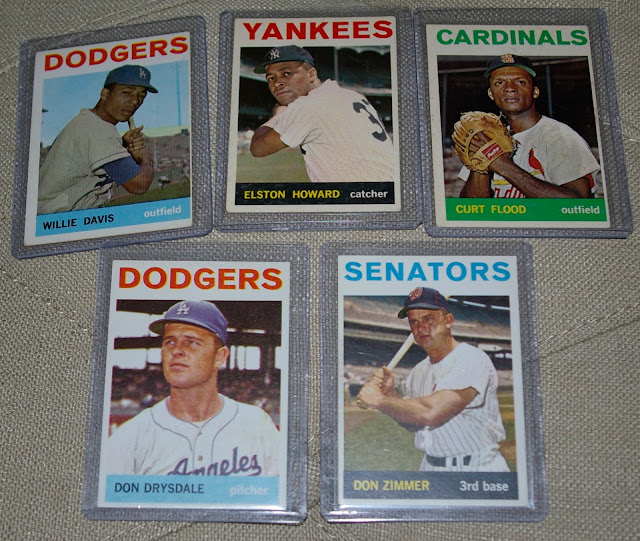 A few other big names. 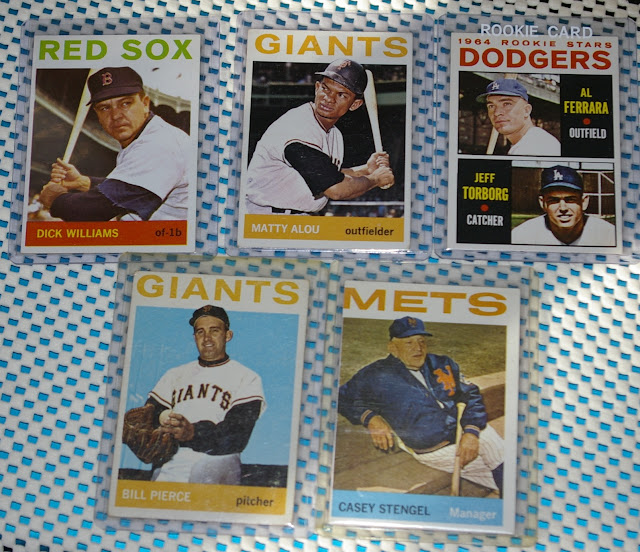 Those were just some of the bigger names from the lot of 80+ cards Nick sent. With his help, I'm now at 23% complete with '64 Topps. Pretty good considering I only really decided to go after this set a month or two ago!

Thanks again, Nick. Best of luck with your setbuild. 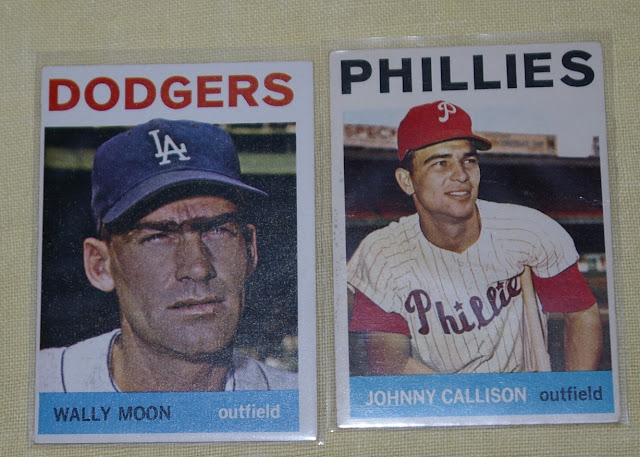 These were a couple separate Listia wins. Gotta love Wally Moon. Turns out I would get a Johnny Callison in Nick's lot, so it was pretty much a waste of credits. Oh well. 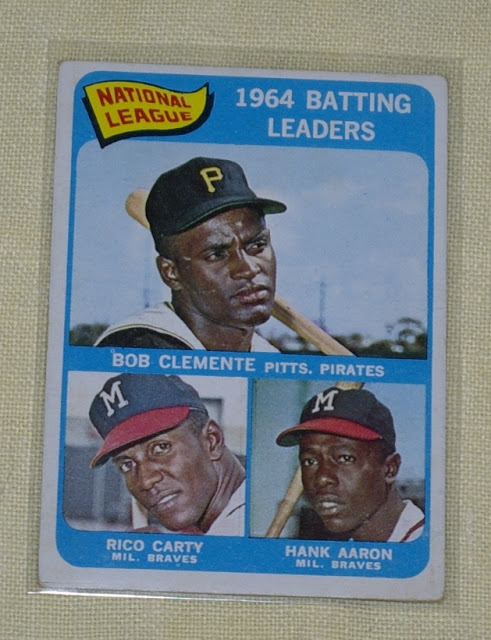 My bro P-town Tom surprised me with a PWE with this beauty earlier this week. Very appreciated! I'm now at 47% complete with 1965 Topps. 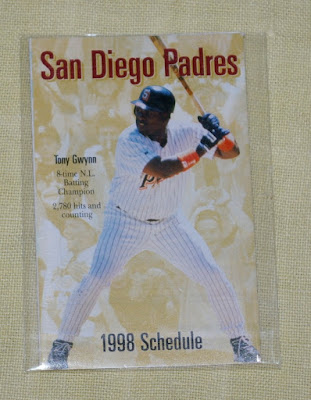 Tom also included a pocket schedule from the Padres' magical season of 1998. Very cool. Thanks for the PWE, Tom! Hopefully my return has shown up safely by now.

And lets close out with another vintage set I'm kinda-sorta working on. 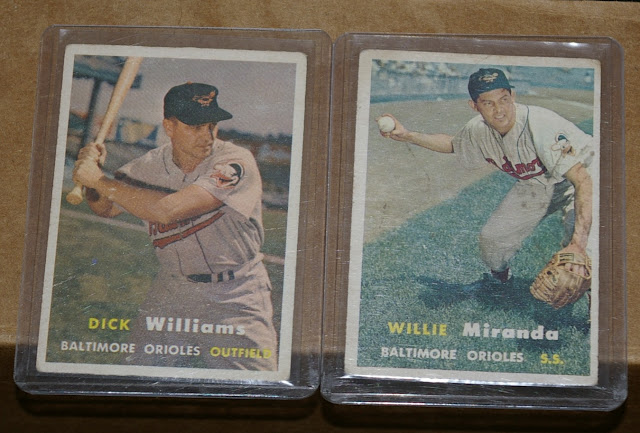 These 2 were overpriced Listia wins. I haven't even rounded up my 1957 Topps cards yet, but I probably only have a dozen or so. That's something for down the road. But picking up a new Dick Williams (a PC / Pads in the Hall guy) is always good.

So that's the recap of the vintage sets I'm currently working on. And yes, 1971 Topps is conspicuously absent in this post.. I seem to have stalled at around 3/4 complete with it. I haven't been motivated to go out of my way picking up needs for it, and they haven't been falling in my lap lately. But I'm sure it'll progress along eventually. No rush. I'm still basking in the afterglow of polishing off 1973 Topps last weekend.

Take care, everybody.
Posted by defgav at 4:23 PM