Last week, I showed off custom auto overlays I made for cards of Adam Jones and Dave Winfield. Here are a couple more I've whipped up since then. 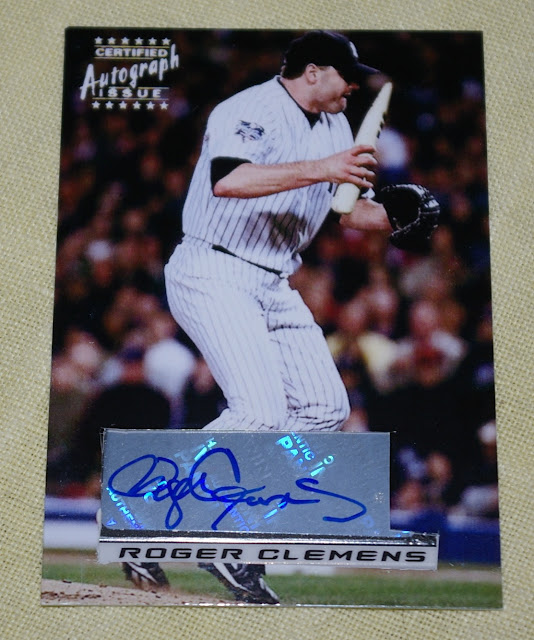 Ha, this is a good one! I'd be kinda surprised to see a real card manufacturer come out with a Roger Clemens card featuring that notorious incident chucking the piece of Mike Piazza's broken bat in Game 2 of the 2000 World Series. But thanks to some creative custom-making, I've got myself a nice unique auto with an image from that perplexing moment. 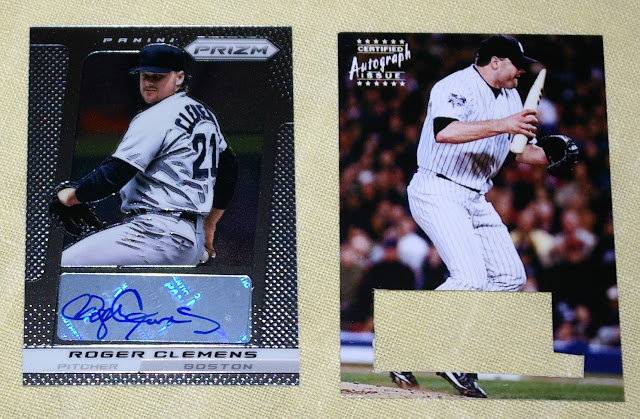 That's the original card on the left. Not a horrible card exactly, but not very interesting. 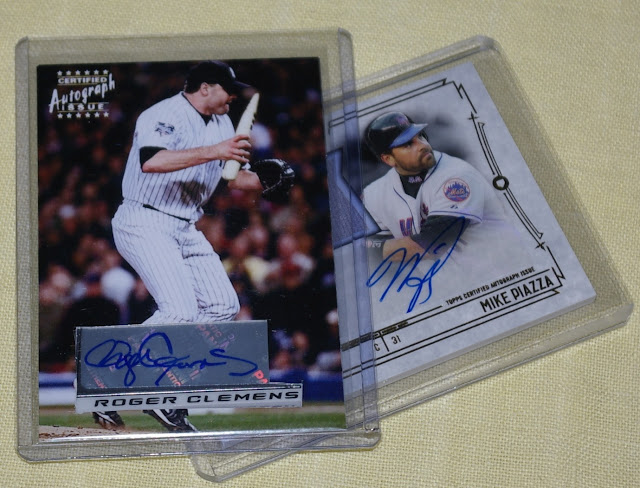 Next up...
Another instance of me wanting to have an autographed Padres card of a well-known player who doesn't seem to have any autograph cards featuring a photo from his time in San Diego. 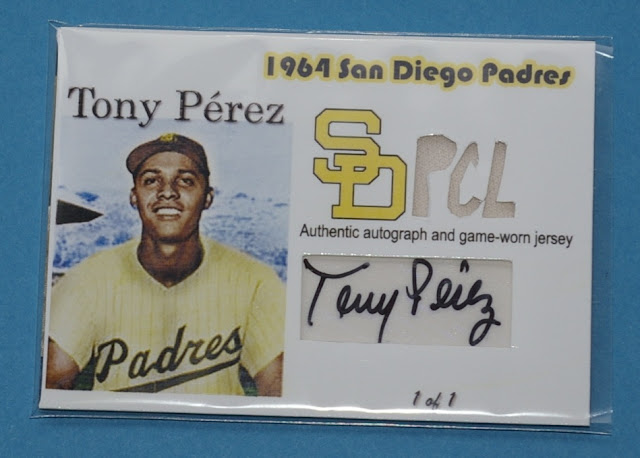 Yep, Tony Pérez starred for the PCL Padres before being called up by the Reds to begin his HOF career.
This overlay represents my first ever attempt at photo colorization. Definitely won't be fooling anyone, but I'm happy enough with it. 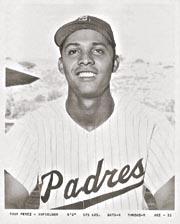 The original photo. I think this is some super-rare minor league food issue oddball. Would love to score an original someday. It's the only photo I've ever come across of Perez on the Padres. 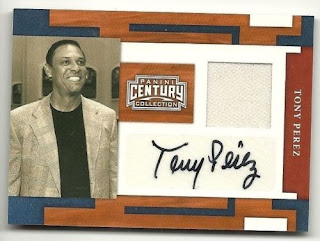 The original card. #'d 21/25. Didn't cost me much. Again, not a horrible card, but pictures of retired players in street clothes are just about always yawners. You'll notice I also turned the boring square swatch into a "PCL" cutout. 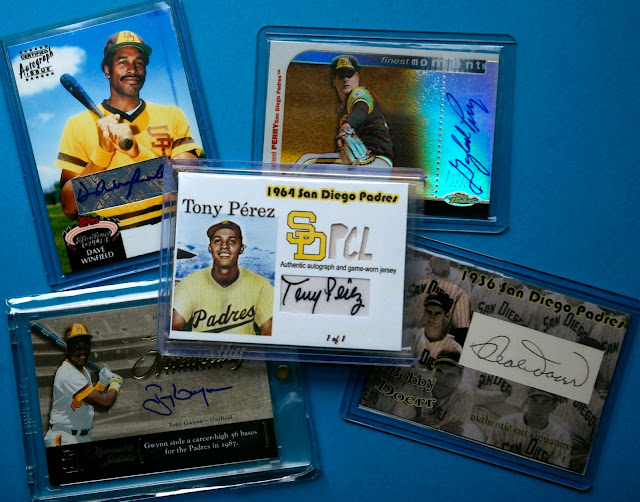 Fits right in among my other HOF Padres autos!
Posted by defgav at 11:52 AM